This article is part of our in-depth coverage. Read more like this...
SAY THA MAR GYI, Myanmar

Maung Zaw Lin was shopping in the market when an unknown man approached him with a compelling proposal: he offered to take him from his camp for displaced persons on the western coast of Myanmar to Malaysia where he could find work.

Like thousands of other members of the ethnic Rohingya minority group, Maung Zaw Lin and his friend, Maung Tin Shwe, jumped at the chance to escape the squalor of Say Tha Mar Gyi camp and the apartheid-like conditions they live under in Rakhine state.

“The traffickers told us we wouldn’t have to worry,” said Maung Tin Shwe. “They said that as soon as we got to Malaysia, they would get us refugee status and we would be able to work in a factory.”

An ethnic and religious minority of Muslims in a predominantly Buddhist country, almost 140,000 Rohingya remain in camps after being displaced in sectarian violence in 2012 that killed more than 200 people.

Most of the rest of the approximately one million Rohingya live elsewhere in Rakhine, where their movements are strictly curtailed and they have little access to health care or education.

Myanmar’s government and many of its citizens refer to the Rohingya as “Bengali,” implying they are illegal immigrants from neighbouring Bangladesh despite having lived in the country for generations. The vast majority have no citizenship.

While Rohingya have been fleeing Myanmar for years, the issue gained prominence recently with the grisly discovery of more than 100 graves on both sides of the border between Malaysia and Thailand.

The exhumed bodies are thought to be victims of human traffickers who lured Rohingya and Bangladeshis onto boats with the promise of bringing them to Malaysia or Indonesia, only to hold them hostage in jungle camps in order to extort more money from their families.

The crackdown on the camps created a crisis at sea as the human smugglers refused to land, and in many cases abandoned the boats leaving their victims adrift with little food and water.

After initially pushing boats away from their territorial waters, Malaysia and Indonesia agreed to accept the refugees provided they would be resettled elsewhere within a year. The United Nations estimates that more than 2,500 people remain on boats adrift in the Andaman Sea and the Bay of Bengal.

See: All at sea: What lies behind Southeast Asia's migrant crisis?

Myanmar said on Friday that its navy had found a boat with 727 “Bengalis” – a term it applies to both Rohingya and Bangladesh nationals – and was towing it to a naval base where the nationalities of those on board would be verified. Myanmar found another boat a week earlier, which it said was carrying 200 people from Bangladesh.

Fifteen-year-old Maung Zaw Lin, and Maung Tin Shwe, 17, narrowly escaped the fate of others who have been stranded at sea or held in jungle prisons.

With their networks disrupted, traffickers have resorted to ransoming their victims locally, charging families roughly US$200 to free their loved ones, usually from large boats stationed offshore.

The boys departed in a small boat from a beach near the state capital, Sittwe, to a village a few hours east, near the town of Pauktaw. When they arrived, they realised they’d been duped.

“We saw other children that had been kidnapped by the traffickers when we got to Pauktaw,” said Maung Tin Shwe.

By then, word of the boys’ plight had filtered back to Say Tha Mar Gyi camp, and the boys’ parents travelled to Pauktaw to negotiate with the traffickers. After their parents paid 130,000 kyats (about USD 120) each, the boys were released. 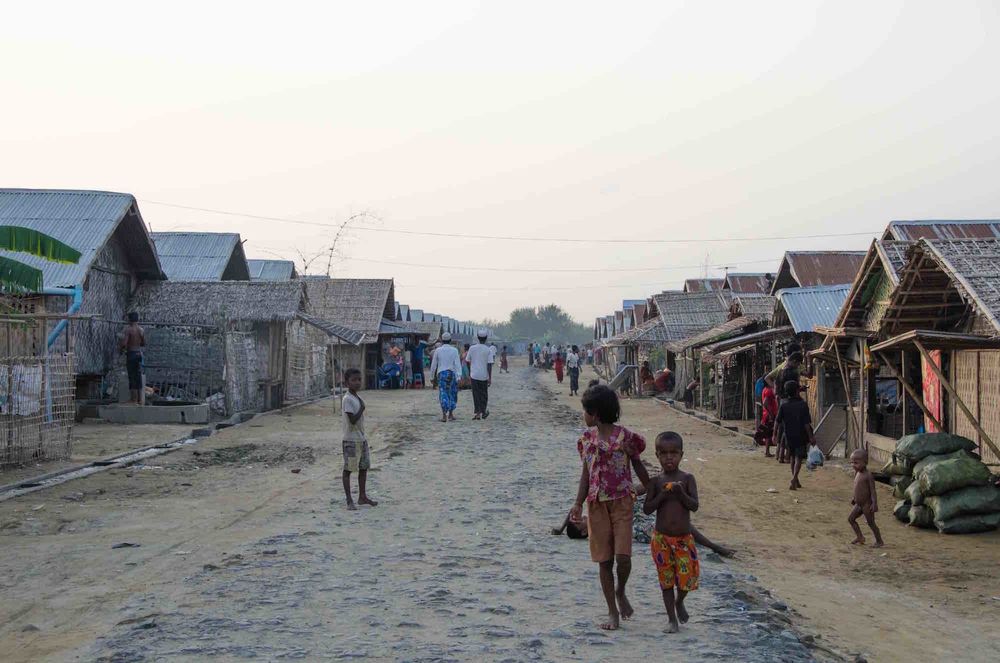 Kyaw Hla, a Rohingya businessman, said he has managed to buy the freedom of 49 more victims. They were being held in boats controlled by a Rohingya man he said he knew, because he had rented a house from him six years earlier.

Others in Say Tha Mar Gyi also told IRIN that human smuggling and trafficking rings were run by local Rohingya.

Fortunately, Kyaw Hla paid for our release. I thought I was going to die.

One of those rescued, Muhammad Hussein, said he spent six weeks at sea along with 29 other Rohingya and about 350 Bangladeshis. They were given a small portion of rice and two pieces of chili twice a day, along with two small cups of briny water.

“It was not enough to survive on,” said Muhammad Hussein, 20, adding that their captors beat them whenever a Myanmar navy ship came within sight in order to dissuade them from trying to escape or calling for help.

Then on May 15, a small boat arrived to rescue him and the other Rohingya.

“Fortunately, Kyaw Hla paid for our release,” he said. “I thought I was going to die.” Muhammad Hussein said he doesn’t know what happened to the Bangladeshis on board. 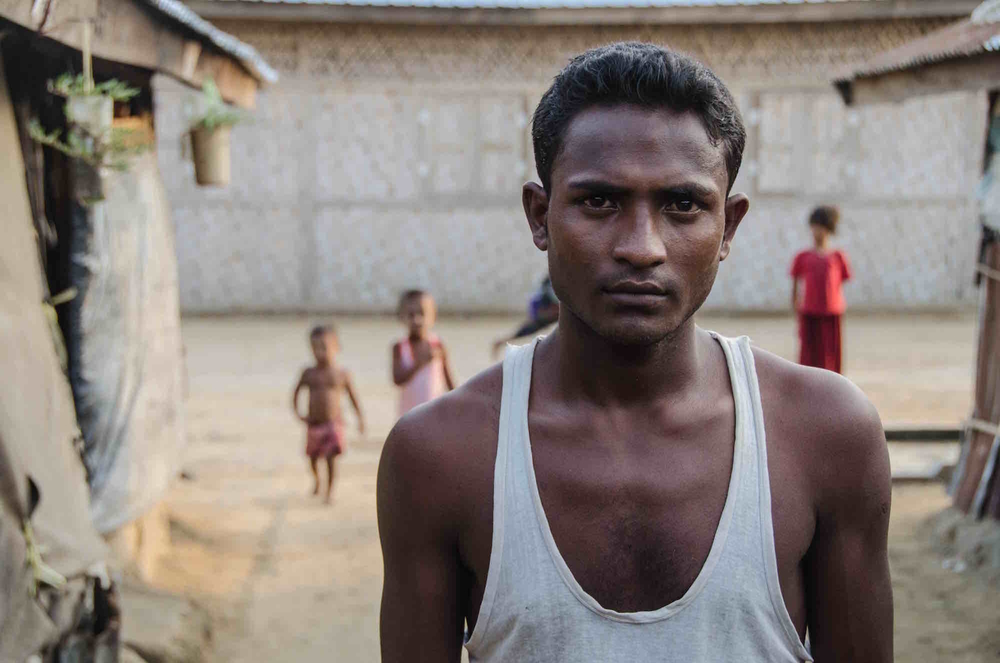 Members of the Association of Southeast Asian Nations (ASEAN), along with representatives from the UN and other agencies, met on Friday in the Thai capital, Bangkok, to discuss the crisis.

Among other measures, the participants resolved to intensify search and rescue missions for those at sea, and create taskforce among the most affected countries aimed at fighting “transnational organised criminal syndicates,” they said in a statement.

“We are working to destroy the human trafficking networks in cooperation with neighbouring countries and the international community,” Zaw Htay, a senior official from the office of President Thein Sein, told IRIN.

The participants also pledged to address the root causes of the crisis focusing on economic development in affected communities and “promoting full respect for human rights and adequate access of people to basic rights and services such as housing, education and healthcare.”

But he said they fell short on addressing root causes of the exodus from Myanmar’s Rakhine state, because they failed to include “specific reference to rights to movement, livelihoods, and citizenship” that would allow Rohingya to benefit from economic opportunities.

“Really, development in Rakhine state without explicit guarantees for rights is like the noise made by one hand clapping - which is to say, nothing at all,” he said.