One of the most telling effects of the bitter internal crisis which has rocked the Central African Republic (CAR) since December 2012 is the continuing displacement of thousands of ordinary citizens. Those who fled have been forced to abandon their houses and home areas, often moving into rapidly-established camps, living in dismal conditions.

The conflict is not over. October and November were marked by new waves of violence in the capital, Bangui. Witnesses said political battles were still being fought out on the streets, with the anti-Balaka militia particularly prominent. French military sources warned of growing delinquency, armed gangs taking part in looting sprees and robbing civilians at gunpoint.

The most dramatic population movements in Bangui were between December 2013 and January 2014. Close to a year on, there are still 31 camps in the capital. The biggest is still at M’Poko, near the airport. The airport became a critical refuge for thousands of Bangui city-dwellers, mostly from the 3rd, 5th and 6th districts of the city, fleeing renewed outbreaks of violence in which fighters from both the former Séléka coalition and the anti-Balaka militias were implicated.

At the peak of the crisis, the airport camp played host to 60,000-70,000 people. According to Dana Mcleod, director of communications for US-based NGO Refugees International, "aid agencies deliberately scaled back their services in order to discourage people from settling here."

Numbers at M’poko are now down to around 20,000, according to the UN Office for the Coordination of Humanitarian Affairs (OCHA). But despite the collective efforts of NGOs, residents still describe conditions as “catastrophic”.

As visitors approach M’Poko, they see what looks like a village, dotted with thousands of tents and other forms of shelter. 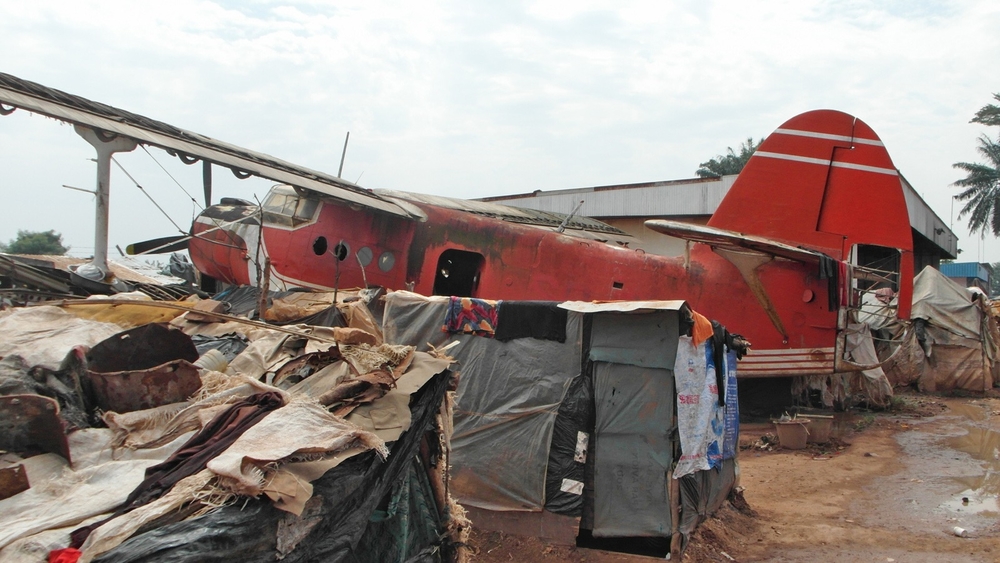 Every morning, there is an exodus of people, young and old, seeking opportunities outside the camp. Some have jobs in the civil service or the private sector. There are children heading out into the city to look for food.

Hector Ndouga said he was a student and carpenter before the crisis.

"I have been here since December 2013", Ndouga told IRIN. "I was attacked by a group of armed men. My house was looted and burned, so I fled here. If I go back home I would not know where to sleep."

Asked where he was heading, Ndouga spoke with bitterness about his daily life. "We have been abandoned here. We have been given water and latrines, but to have anything to live on you have to go back to your home area and find a bit of work and ask friends and family to get you something to eat."

Going back home is not an easy option. Yandoka Freddy, also a student, was sitting in the camp playing cards with his friends.

"In my area, there is still no security," Freddy explained. "That is why I am still here."

Even in the camp itself, there are still serious concerns about people's safety.

"There is no security on this site, no doors for the tents," explained Ruthe, a widow and mother of seven. "Thieves come at night to rob us. The airport landing strip is a 'red zone' where you come across criminals ready to rob people who go there."

"When there is some kind of justice to be administered it is often the anti-Balaka who fill the gap," Boua noted. "But some of them engage in extortion, taking money and property, engaging in group rape and armed robbery."

Residents complained of bans on weapons being openly flouted. In one dispute, one of the protagonists reportedly carried an AK-47.

Trying to create a community

Attempts have been made to create viable livelihoods at M’Poko and create a living community with a market, health centres, and even a room for screening films.

In the morning, you can see people gardening outside their huts and camps, tools in hand. The gardens not only give residents something to do, but also help combat the food shortages. Produce is sold on the camp market, which also draws in customers from the neighbouring district, or is consumed by the gardeners themselves.

A group of disabled residents runs an organization called Handicapables, looking to mend bicycles, wheel-barrows and other basic vehicles. But cooperative member Festus Feyona says clients have dropped off simply because they do not have cash.

"We wanted more aid in materials and training," explained Feyona. "We are handicapped. Our conditions of life are difficult."

Ruthe prepares donuts and bread. She said the income was crucial to help her take care of her children.

"We are seriously suffering here," Ruthe told IRIN. "We have had no food aid for the past eight months."

The quality of accommodation also draws fierce criticism. There are complaints that the original housing materials have fallen into disrepair, that water can penetrate the tents far too easily.

Martin Boua said children, the elderly and pregnant women were the most vulnerable.

The site is divided into 11 zones, like city districts, which then divide into 80 sections. Each zone is run by a president backed by a five-strong committee, handling special issues for women and youth, working on conflict resolution and trying to improve water and sanitation conditions. International NGOs, including the International Committee of the Red Cross, Save the Children and Mercy Corps, run individual programmes.

For example, IRIN recently witnessed Mercy Corps leading an awareness-raising campaign on hygiene, activists going door to door from Monday to Friday, then holding a mass meeting on the Saturday where messages were relayed on basic health precautions, like using good water, washing with soap, maintaining toilets properly and sleeping under mosquito nets.

The NGO Première Urgence takes care of administration and coordination. 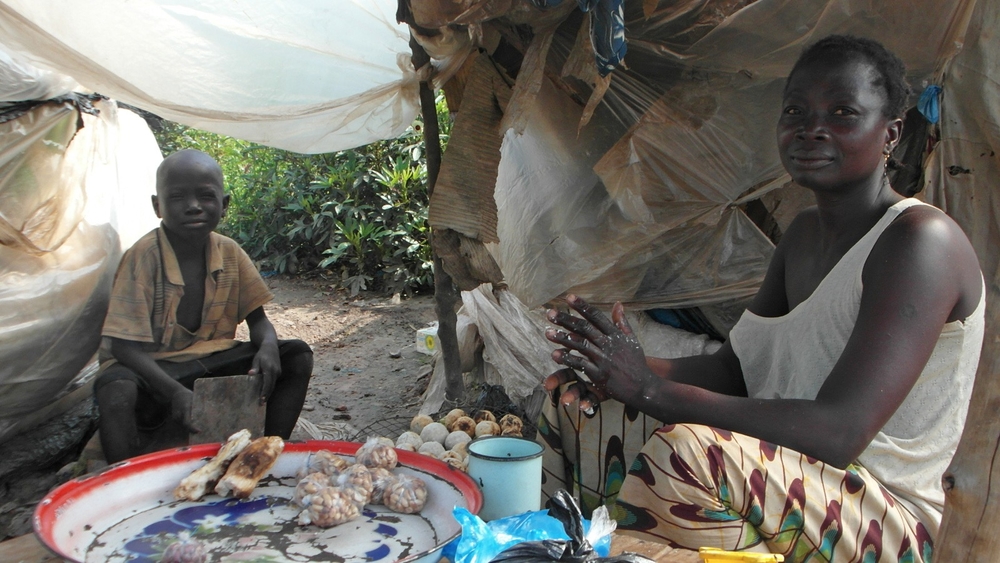 While the NGOs get a lot of thanks for their efforts, some residents have strong reservations about their role.

For Martin Boua, "some NGOs are doing great work, but others lead activities which have no impact, are late and ephemeral." Boua suggested some NGOs disappeared from view, only coming back into the picture when donors came visiting. "It is a whitewash," Boua complained. He suggested the CAR authorities set up an autonomous body to regulate NGO activity.

There are already concerns about the outlook for 2015, not just in Bangui, but the country as a whole and in neighbouring countries like Cameroon, still trying to cope with a refugee influx that has seriously stretched local resources.