Read about what we achieved.
DORO CAMP

South Sudan’s brutal conflict has throttled the supply of food to Sudanese refugees in the remote northeast of the country, fuelling tensions and hunger that have triggered a deadly crime wave and prompted thousands to return to the war-zone from which they fled.

Some 126,000 Sudanese refugees housed in four camps in Maban County, Upper Nile State, are caught between an intensifying war in their homeland and the fighting that broke out in December between forces loyal to South Sudanese President Salva Kiir and those of his former deputy, Riek Machar.

While the conflict has yet to reach the camps, it has cut off access to Maban, triggering a food crisis that must compete for the attention of aid agencies already swamped by the urgent needs of 1.5 million others uprooted by the recent violence.

“We are sitting on dynamite here,” Adan Ilmi, the top UN Refugee Agency (UNHCR) official in Maban, told IRIN. “Any slight thing can create serious conflict between the refugees and the host community, among the refugees themselves, or against the humanitarian agencies.”

Refugees poured into Maban in 2011 after the Sudanese government launched a military offensive against rebels from the Sudan People’s Liberation Army - North (SPLA-N) in Sudan’s South Kordofan and Blue Nile regions. Sudanese warplanes have reportedly stepped up their bombing campaign this year, drawing condemnation from the USA.

While safe from the bombardment in neighbouring Blue Nile, camp-dwellers have faced months of meagre food rations as UN agencies have struggled to feed and provide basic services to displaced people across a country with few all-weather roads or airstrips, and in the midst of a brutal and unpredictable conflict.

Fighting in the northeast has prevented the UN World Food Program (WFP) from trucking in supplies stockpiled in neighbouring Ethiopia; insecurity also halted barge traffic on the Nile River - a key transport artery in the rainy season now under way; airdrops from Ethiopia were hamstrung by a fuel shortage; and a hastily chartered C-130 aircraft can deliver only 40 percent of the 2,200 tons needed in Maban every month.

According to WFP, the camps received enough rations for only seven days in March, 10 days in April, and 20 days in May. A 15-day ration was distributed in early June, with WFP hoping to deliver more before the end of the month.

Future supplies depend heavily on restarting barge traffic and opening roads from the towns of Melut and Renk, where stocks of sorghum are available.

WFP was also negotiating with Sudanese officials to bring supplies across the northern border by air and boat.

This IRIN reporter visited Doro, one of the four camps, when aid workers were distributing the latest rations.

Istor Ali, a 40-year-old woman in the long, slow-moving queue, said her four children had eaten little for five days. The youngest, aged two, had been crying a lot. His face had swollen up and he had fainted repeatedly, she said.

The youngster showed classic symptoms of malnutrition. So why had she not taken him to the camp’s hospital?

When the reporter recounted her case at the hospital, a doctor smiled ruefully.
“People have become used to things that they shouldn’t have to,” said Joel Selvakumar, a Norwegian working for medical charity Médecins Sans Frontières (MSF).

In March and April, the number of patients visiting MSF’s therapeutic feeding centre spiked to as much as double that seen a year earlier. However, malnutrition rates have remained below emergency levels - perhaps because of the lengths refugees have gone to in order to find additional food.

Rather than attending school, bands of children have ventured out to pick fruits and edible leaves or to hunt birds. Women cut firewood to sell in the nearby town of Bunj. They also go to the town to work at market stalls, do laundry and to sell bread and water.

“Any slight thing can create serious conflict between the refugees and the host community, among the refugees themselves, or against the humanitarian agencies.”

Many of these survival strategies bring problems. Women say local residents chase refugees from the land, sometimes violently, seizing their tools and livestock. Aid workers worry that some women have been drawn into transactional sex.

“A person in need can do anything,” Syla Musa, the chairman of the Doro camp residents committee, told IRIN. “If the girls are out in the market, they also can do anything.”

Local residents are also among the victims.

According to James Pasha, the top government official in Maban, at least 14 people have died in clashes between refugees and local residents in the past three months. In one recent incident, Ilmi said, a local resident was killed and 20 cattle stolen. Youths from the camps are blamed for a string of raids on sorghum stores in villages near the camps, he added.

Aid agencies have also been targeted. 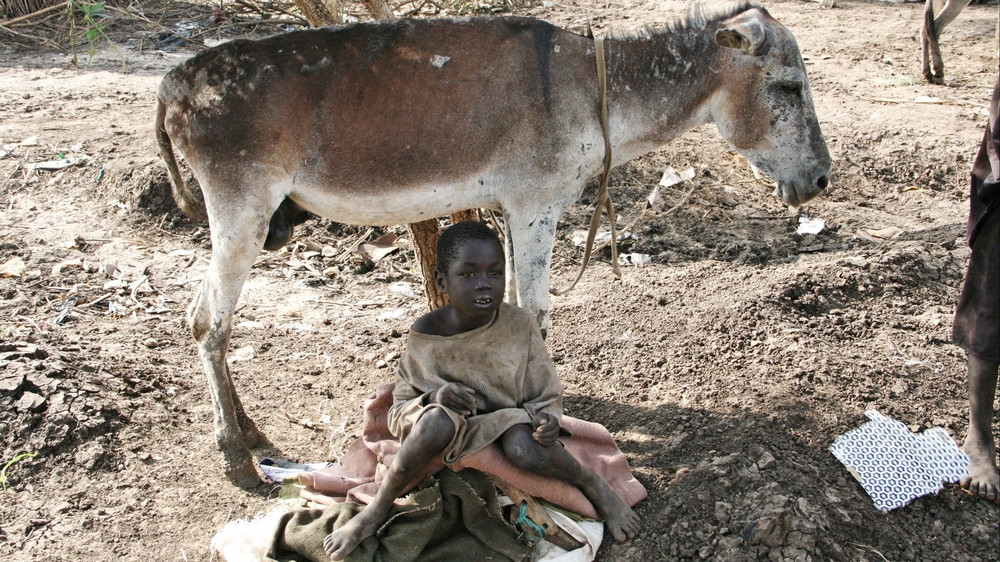 Armed gangs have stolen large quantities of food from warehouses at the camp. Ilmi said the local police were outgunned, and the refugees did not want to risk their lives defending the supplies.

Pasha suggested the thieves were SPLM-N fighters “from the front line in Blue Nile” and were stealing in order to feed their families in the camps.

In another sign of desperation, refugee families have sold off vital household possessions, including tarpaulins from the roofs of their houses.

Humanitarian agencies distribute so-called non-food items, also including cooking utensils and mosquito nets, every year before the seasonal rains. But the lack of food means these items have been held back out of concern that they too will be sold, leaving some without protection as the rains intensify and malaria infections soar.

The distribution of 45 tons of seed that could help ease the food shortage has also been pushed back until after the June food distribution, even though it would soon be too late to plant. Aid workers fear hungry refugees will eat the seed rather than sow it in the small plots around their makeshift homes.

Ed Hughes of the Danish Refugee Council, an NGO which manages the Doro camp, said refugees were increasingly unlikely to sow the seed. The delay meant prospective yields would be lower, and some refugees were worried that they might be displaced again, he told IRIN.

Officials said about 2,000 people left the camp in April and returned to Blue Nile and that more could follow if the food shortage continues. In many other families, men had returned alone and temporarily in order to cultivate land in their villages, despite the dangers.

Josepa Musa, a 27-year-old woman comforting her malnourished twin sons on a bed at the camp hospital, said her husband had returned to Blue Nile in May to plant maize, sorghum, pumpkins and water melon. He would return to Maban after the harvest in October.

Musa said her husband and other farmers would dig holes in the ground and hide in them if they heard the approach of the Sudanese air force’s feared Antonov bombers, which have reportedly dropped 300 bombs in Blue Nile in the first half of 2014.

In his absence, she said she had worked in a tea shop in Bunj, grown sorghum on a small plot in the forest, and gathered firewood to earn a little money.
“I am not getting enough to eat myself, so I don’t have enough breast milk for the children,” she told IRIN.

Refugees are concerned that the growing insecurity caused by the South Sudan crisis might even force them to flee the camps. So far, Maban has been spared in the fighting, which has pitted ethnic Dinkas aligned with President Kiir against Machar’s fellow Nuers.

However, tensions have been rising. In May, Nuer civil servants abandoned Maban and many fearful civilians followed them south to opposition strongholds. UNHRC’s Ilmi said many Nuers and Dinkas working for aid agencies in Maban had subsequently quit, weakening a relief effort already struggling because of a lack of experienced staff.

At the same time, the South Sudanese army redeployed its troops in the area, leaving only Nuer soldiers in Maban and shifting Dinkas to another barracks - a move opposed by Pasha, the county commissioner.

“This is the national army, not a tribal army,” he said. “If we separate them, maybe they will start fighting.”

Camp chairman Musa forecast that, if slow-moving peace talks between Kiir and Machar failed to bring peace, and the fighting engulfed Maban, most of the Sudanese refugees would try to cross back into Blue Nile.

“If that happens, we will lose so many people,” he said quietly. “There are many people who won’t make it that far.”