Evidence that sanitation interventions can contribute to local stability and conflict reduction is encouraging and should be considered in programme design, experts say.

"We have seen that WASH [water, sanitation and hygiene] interventions done well have the direct benefit of supporting community cohesion. This is itself a very significant indicator, and crucial to the sustainability of any project," Ben Ayers, the Nepal country director for the dZi Foundation, a development organization working in eastern Nepal, told IRIN.

However, WASH programmes, such as "Open Defecation Free" (ODF) campaigns, must be carefully crafted if they are to take into account local socio-political conditions, say experts.

"Delivering services such as WASH is not necessarily going to contribute to peacebuilding or community cohesion on its own. It really matters how the services are delivered - and there are many methods, none of which works universally," explained Nathaniel Mason, a research fellow at the London-based Overseas Development Institute (ODI).

After a 2009 diarrhoea outbreak in Nepal's Far West Region that killed hundreds of people, the government in 2011 launched a national campaign to end open defecation, which can contribute to water contamination and the spread of infectious diseases, including cholera, by 2017.

According to government figures, nearly 40 percent of homes do not have toilets, leading millions of people to defecate outside.

But beyond preventing disease outbreak, experts say ODF campaigns, like other WASH interventions, need to consider how they can impact local politics, and aim to contribute to inclusion, cohesion, and stability.

According to the dZi Foundation's Ayers, the social impact of WASH projects is visible in villages where the organization works, and has sparked new collaborations. He pointed to Gudel, the first village in Nepal's Solukhumbu District to be declared ODF - in August 2011 - as an example.

"Two years after the ODF declaration in Gudel, the same community groups that made the WASH projects happen decided to ban littering in public places and implement basic waste management," Ayers explained.

A field outside the town of Jumla. Once prosperous, these days the Karnali is considered as the poorest and most food insecure region in Nepal 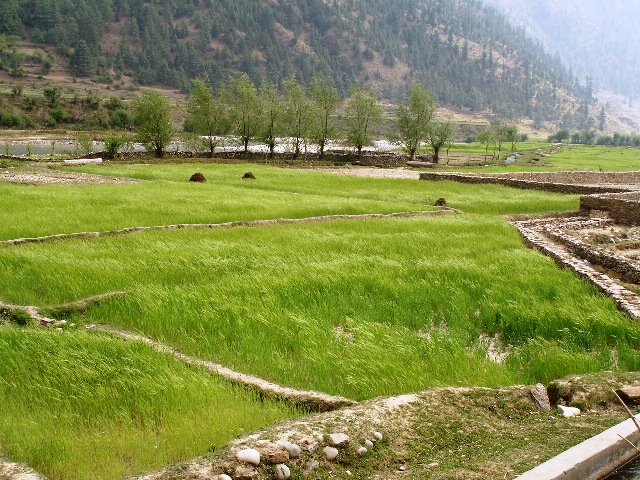 "They ran a campaign and declared the community `Open Plastic Free'. This demonstrates how the WASH programmes were effective far beyond simply health and sanitation outcomes - especially over the long term," he said.

A 2011 report published by the CfBT Education Trust, Practical Action, and Save The Children, highlighted a community-led project in Pakistan to argue that community-driven sanitation projects "demonstrated that communities can come together on sanitation, overcome differences and organise themselves." The same report said sanitation campaigns in Afghanistan and South Sudan showed evidence of contributing to community cohesion.

"Compared with education or medicine, WASH interventions, such as managing a water pump or building latrines, offer scope for greater involvement of the community," ODI's Mason said.

However, he noted, "[such interventions] open up questions of who, within the community, is included or excluded - both in terms of beneficiaries and in terms of responsibilities for the projects - and what this means for community tensions."

According to Mason, who authored a 2012 literature review entitled Relationships between water supply, sanitation and hygiene (WASH) service delivery and peace-building and state-building, arguments that WASH interventions can contribute to community peace cannot be applied without careful local considerations.

"We're talking about very complex environments with lots of different social and political factors at play. That said, case studies do suggest it is possible [that WASH can help social linkages] in some cases," he said, adding that effective interventions must be underpinned by asking the right questions about what motivates people to participate in the first place.

"In WASH we might assume that success hinges on effective health messaging, but community members might be attracted to building latrines because it makes them more prestigious, or for personal safety. or because it is perceived to reduce existing community tensions," he said.

For some, the motivations for WASH programmes are directly linked to conflict prevention.

"Land owners in the village where people like to defecate get angry and it causes conflict in the community," Leela Chattar Kulung, a member of the New Era Development Society, an NGO in Cheskam in Nepal's Solukhumbu District, told IRIN.

"And even when we get together for something nice like a wedding, there are many people and no toilet so it's filthy and we end up angry and tense," he said, adding that he was excited that Cheskam, which sits across a valley from Gudel (the ODF pioneer) was about to embark on a village-wide ODF campaign.