Residents displaced by the 2012 deluge in Nigeria’s Kogi State have by now returned to their villages, where the lingering destruction and scarcity of food have increased hardship. But the struggle to recover has also inspired agricultural transformation.

The floods were the country’s worst in four decades. Some seven million people across Nigeria were affected in 2012. Kogi State, where the River Niger and the River Benue merge, was the most devastated, with around 1.3 million people affected, roads cut off and homes, farms and food stocks swept away.

The authorities say that the magnitude of the floods was unprecedented and long-term measures to ease the impact are costly and complicated.

Nine out of 21 local government areas in Kogi State were badly affected by the floods, with the rural, low-lying locality of Ibaji being the hardest hit.

In the isolated villages of Ibaji, many houses are slanted from the force of the floodwater, and their mud walls have been washed away, exposing a mesh of sticks and poles. Others have completely collapsed, with the roofs sitting on the ground.

Farmers are struggling to improve food stocks amid complaints that government support has been meagre, while a flood warning last year discouraged farmers from large-scale cultivation.

Father and son join a hose to water a rice paddy. Farmers in Nigeria’s Kogi State, the worst his by the 2012 floods, are venturing into irrigation farming to reduce reliance on seasonal rainfall after massive losses during the floods 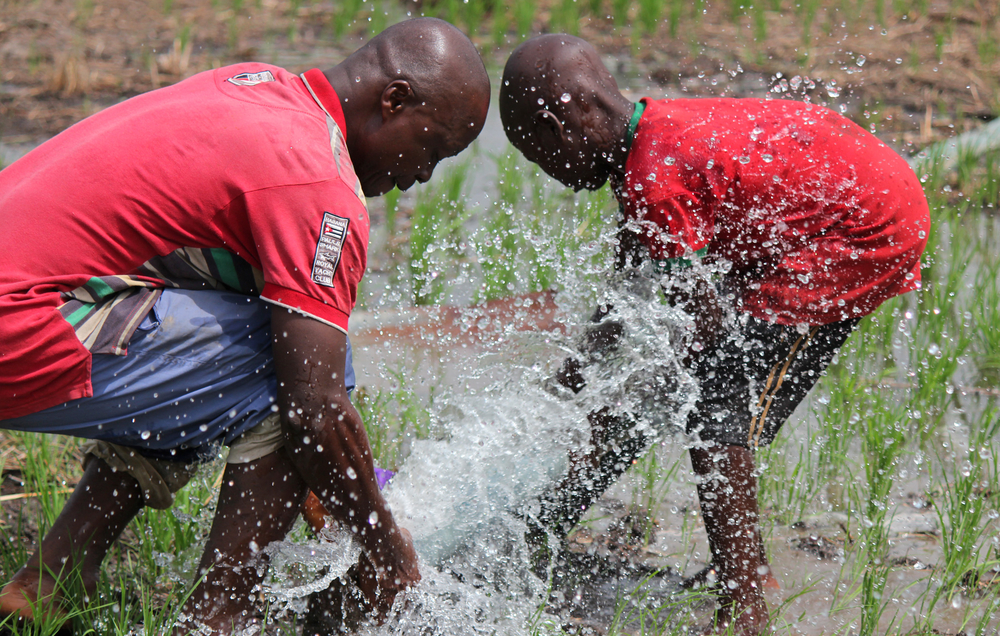 “We are hardly eating three meals a day the way used to,” said Juliana Omale, a mother of three. “Last year we were worried that the floods would come, so we didn’t plant as much as we usually do, and we got little harvest.”

Humanitarian crises in remote areas of Nigeria can go unnoticed or receive inadequate response, noted NGO Civil Society Coalition for Poverty Eradication (CISCOPE) coordinator Peter Egwuda. He also pointed out that most NGOs in the country focus mainly on development programmes and that humanitarian work is still inchoate.

“The government’s management of humanitarian crisis is very weak. People still think that humanitarian work is bringing relief materials and dumping it there [for people in need]. We have just been able to scratch the surface,” he said.

Just 18km of road has been repaired in Ibaji.

Of the 79,000 displaced people from Ibaji locality, up to 3,000 people have not been properly resettled, said Paul Ukwenya, the vice chairman of Idah local government area in Kogi State.

Many of those displaced from Ibaji sought refuge in Idah. Some are still staying with relatives in urban areas.

“For us, it is starting anew, and the challenges are enormous,” said David Ogu, the chairman of Lokoja local government area, also in Kogi State.

More permanent measures to tame the devastation of the floods would entail constructing houses with stronger foundations, “but not so many people can afford that,” said Ibaji paramount chief John Egwemi, who also suggested that Nigeria’s government should seriously consider building dykes on the River Benue to spare downstream communities when it rains heavily.

He also chided the country’s meteorologists for issuing flood warnings in 2013 that stopped many farmers from extensive cultivation, which resulted in reduced food stocks when the flooding did not occur.

“People had prepared sticks for rafts [in case of flooding]. While we listen to predictions, they [forecasters] should not scare us. They should make sure that their predictions are as close to reality as possible,” Egwemi said.

Kogi State authorities have built 272 houses to cater for those who were displaced in Lokoja area.

They are also working on ways to reform agriculture, pushing for a change from largely subsistence farming to commercial agriculture and for a shift from seasonal cropping to irrigated farming, Ogu said. They are also looking to improve nutrition. Cassava, yams and rice are the staple foods in the region.

But Ibaji farmer Ahmed Daniel says pleas to the local authorities to help improve output have brought no result. “We have spoken to our local officials, but they are making promises without any outcome. They promised us a tractor and fertilizer. We use our bare hands to till the land. The land is so big, and we can only do so much,” he told IRIN.

He said that as a result of the difficulties, many young people have abandoned farming and gone into the towns to seek menial jobs, but some have returned to the villages after failing to find work.

Some Ibaji residents, with the help of CISCOPE, have embarked on irrigation farming, using generators to pump water from the numerous streams in their village to their farms.

Maturing rice. Irrigation farming is taking root in Nigeria’s Kogi State, the region worst hit by the 2012 floods. A local aid group is teaching farmers the benefits of irrigation farming to ease food scarcity after extensive destruction by the floods, 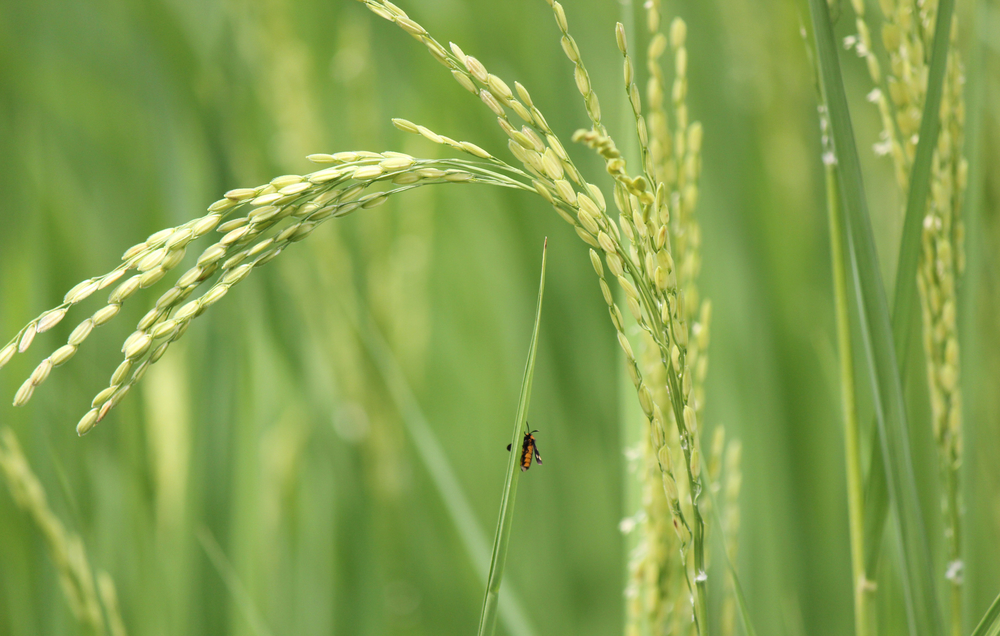 “We didn’t know about irrigation farming. Most people like it now, and if you go to the fields, the rice is lush,” said Emmanuel Igwu, who heads a newly formed 20-member farmers’ cooperative in Ibaji.

Plans to relocate populations in lowlands to higher grounds or to the new houses, which are to be constructed across Kogi State, will be hard to implement. It is expected that people who have lived on their ancestral lands for generations will be unwilling to move. It is also not yet clear how to best manage the new housing units - for example, how to charge rent to people who previously were not paying it.

“The problem that remains is that we need to encourage people to move from the flood plains. But it is problematic due to cultural issues,” said Richard Akanmode, the deputy chief of staff of Kogi State deputy governor.

“We continue to persuade them to let them know that when floods come, ‘You are the first to be affected.’ We have not succeeded much in persuading them to leave,” he said.

Akanmode explained that the flooding overwhelmed the state, and lack of finances was holding back large-scale plans such as the construction of dykes.

“You may know what to do, but you may not have the resources to do it. It is a function of financial capacity.”