The ups and downs of Madagascar’s political fortunes and crises have been reflected in the often uncertain livelihood and prospects of Vonjiniaina Eliane Rafanomezantsoa, 33.

In 2002, during the six-month post-election crisis between presidential contenders Didier Ratsiraka and Marc Ravalomanana, which split the island before it was resolved, the mother of three lost her job at a Chinese-owned textile company.

A year later she got a job at another textile firm, earning 104,000 Ariary (US$45) per month. It closed when the country lost its preferential trade status with the US as a member of the African Growth and Opportunity Act (AGOA) following the 2009 coup d’etat that ousted Ravalomanana.

After the AGOA suspension the knock on effect was that many other businesses closed their doors, leaving as many as 200,000 people jobless in total, according to the trade association the Malagasy Groupement des Entreprises Franches et Partenaires (GEFP) - Group of Free Enterprises and Partners.

Since then Rafanomezantsoa occasionally does domestic work for $2 a day. Her husband’s casual job in construction is also intermittent, and all but non-existent during the rainy season. Most people in Madagascar live on $2 or less a day.

"Life was hard before, but it has become worse now"

“Life was hard before, but it has become worse now. My children are now going to school and this costs money. Luckily, [I own my house, so] we don’t have to pay rent, otherwise we wouldn’t be able to survive at all,” she told IRIN.

“If Madagascar gets back its AGOA status, there might be more opportunities. Right now, you can’t find a job if you don’t have your baccalaureate [certificate for completing high school],” Rafanomezantsoa said.

There is an air of expectation that with the recent presidential elections deemed free and fair, the donors will return, as will trade. The imposition of sanctions, and donor nations freezing all but emergency assistance to the aid-dependent government, saw poverty rates among its 22 million people spiral from about 70 percent to 92 percent.

The African Union was quick to welcome Madagascar back into the international fold after a narrow second-round election victory by President Hery Rajaonarimampianina, but Western donor countries have been more cautious. 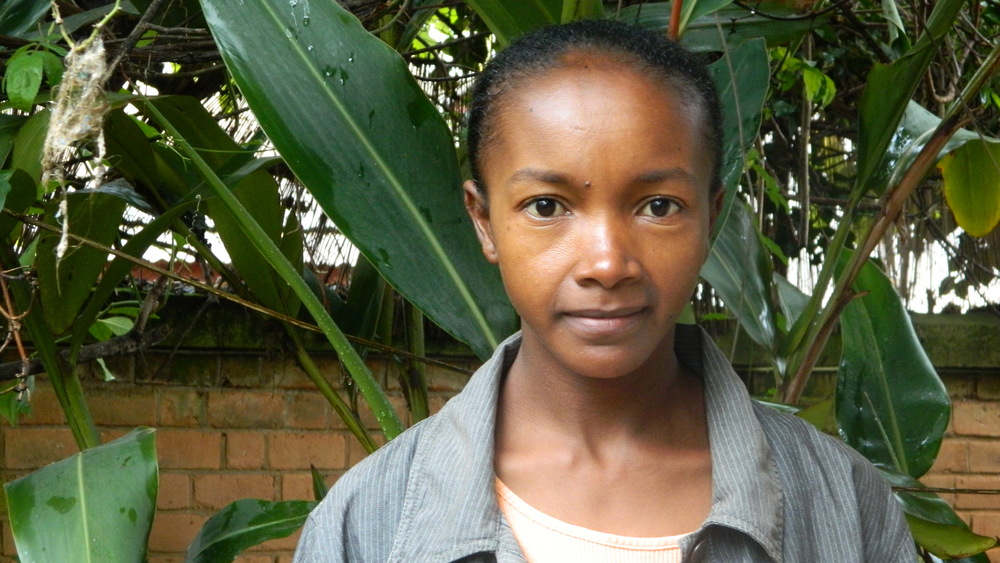 The European Union and the US have decided to wait until a government is formed and a parliament installed on 18 February. “We’ve waited for five years, so I think we can wait a few more weeks,” the World Bank Country Director for Comoros, Madagascar, Mauritius and Seychelles, Haleh Bridi, told IRIN.

According to Africa Confidential, “Washington has hinted that Madagascar would be welcomed back to the AGOA fold after approved [free and fair] elections.” However, the intelligence journal pointed out that this might only happen in 2015, as AGOA’s annual review, which decides such issues, usually takes place in December.

Although the electoral process met the threshold requirements of foreign observers, including the Electoral Institute for Sustainable Democracy in Africa (EISA) and the Carter Center, these observers noted the vote was “a necessary but insufficient step in breaking the cycle of winner-take-all elections that have bred repression and economic deprivation throughout Madagascar.”

Bridi noted: “We are optimistic that the page of the crisis can be turned, but the situation is still fragile. This is why you see a mixture of jubilance and concern among donors. We deal with potentially large sums of money, so, not that we want to influence the process, but we would like to know who the minister of finance will be.”

Cassam Uteem, a former Mauritian president who led the joint EISA/Carter Centre observer mission, noted in the Carter Center’s journal that lifting economic sanctions and encouraging the resumption of foreign investment should be a priority, but should also be conditional.

"There must be a verifiable end to the country's sordid post-election practice whereby the winner takes all, typically seizing the loser's assets"

Apart from guarantees that military meddling in politics has to end, Uteem said in the journal: “There must be a verifiable end to the country's sordid post-election practice whereby the winner takes all, typically seizing the loser's assets and forcing him into indefinite exile, jailing him and his supporters, or worse - all this while the loser's allies back home plot unconstitutional moves to depose the incumbent.”

When Andry Rajoelina ousted Ravalomanana, with the backing of the army, the country’s access to international loans ended virtually overnight. Before, annual loans of $600 million by a variety of lenders, including the World Bank, had been commonplace. “There was no new investment. Instead of building a new road, we were just able to fix the potholes so that the old road could stay open,” Bridi said.

The nearly five years of international isolation could have lost Madagascar up to $8 billion. The country is ranked at 151 in the Human Development Index of the UN Development Programme (UNDP), but throwing money at it is not seen as a solution to lowering the poverty rates.

“If we see that a country has a good structure in place and can absorb more money, then we can make the case for it to receive more,” Bridi said, noting that once an inclusive government was formed, all the World Bank instruments would be at the disposal of the new administration.

She said the first priority was the allocation of $75 million to alleviate the food crisis affecting about 4 million people in the south, expected to be approved by the end of February. A total of about $1 billion from all donors was available in the current portfolios, but as yet unspent.

The World Bank was also developing a course of action for the next three-year funding cycle of the International Development Association (IDA), scheduled for July. “But these funds will take at least a year to arrive, so approved money could fill in the gap until that time,” Bridi told IRIN.

“People need well-paid and sustainable jobs in the formal sector to get out of poverty,” she pointed out. “Investors will need to see that there is more transparency, rule of law, and no more parallel system [of governance]. This can be done very quickly and it doesn’t cost anything. Investors want to come back to this country, as a lot of profit is to be made.”

"Madagascar can recover very fast. It can only go up"

In his inauguration speech Rajaonarimampianina promised to reinstall the rule of law, and allayed fears of any retribution against political opponents. “I won’t start a witch hunt, but those who know they have been doing illegal things will have to change.” He recently declared a war on the illegal trade in rosewood, an endangered tropical hardwood.

According to the Africa Competitiveness Report, business constraints in Madagascar have been political and policy instability, corruption, access to finance and high crime rates.

“Madagascar can recover very fast. It can only go up. But it will have to reach a growth rate of seven to eight percent and sustain this for a minimum of ten years,” Bridi said. “Other countries, like China and Thailand, have done this with strong leadership and dedication. This country can do it also.”