Burundi is preparing to receive thousands of its refugees from Uganda in a voluntary repatriation exercise. Their return will follow that of around 30,000 compatriots expelled by Tanzania earlier in 2013, and that of a similar number obliged to return in late 2012 after they lost their refugee status.

Over the past decade or so, around half a million people have returned to Burundi, a country that saw two large-scale exoduses in the late 20th century: Tens of thousands fled in the wake of a genocide in 1972, while many more left during a civil war that raged between 1993-2005.

One of the major obstacles to the successful reintegration of the returnees – who number 13,000 in the case of Uganda – relates to land. Many of those now in Uganda own no land in Burundi, because they left the country when they were very young. And those that did own property, do not know if they will get it back.

How land recovery works - in theory

The land commission (Commission National Terres et Autres Biens - CNTB), formed in 2006, is in charge of resettling returnees and tackling land grievances and disputes. Its 50 members, appointed by presidential decree, are 60 percent Hutu and 40 percent Tutsi as required by the 2000 Arusha Accord.

Those looking to recover their land file a case with CNTB's provincial offices whose officials then conduct field visits and hearings before making a decision, explained Serapion Bambonanire, CNTB's chair.

"At the level of the province, they help people to reach an agreement. They are not judges, they are mediators," Bambonanire told IRIN, adding that the decision arrived at here is imposed by the provincial team but not enforced to allow for appeals by aggrieved parties at the CNTB's national offices.

At the national level, the appeal is tackled by an ad hoc committee and the decision arrived at must be implemented by the provincial delegation. However, the decision can still be appealed against in court.

To date, CNTB has handled some 38,000 land complaints, said Bambonanire. The cases mainly relate to the 1972 caseload of returnees.

But CNTB's handling of some of the cases has been criticized.

"The restitution of land and other properties to the victims of the 1972 war is getting complicated. At the time, many Hutus left the country and their land was given to the Tutsi with official land titles. The question now is, should the commission just restore the land to its original owners 40 years later, leaving present occupants without land?" asked Pacifique Nininahazwe, a political analyst and civil society leader.

The commission's appeal process has also been questioned.

Some of the land grievances stem from earlier attempts at reparations. "There were also those who were condemned of the 1972 massacres [mainly Hutus] in Burundi whose properties were seized and given as compensation to the victims," noted Nininahazwe.

There are also those who illegally took possession of other people's land. "It is not just a Hutu versus Tutsi issue. Sometimes it is an issue between brothers," he explained. 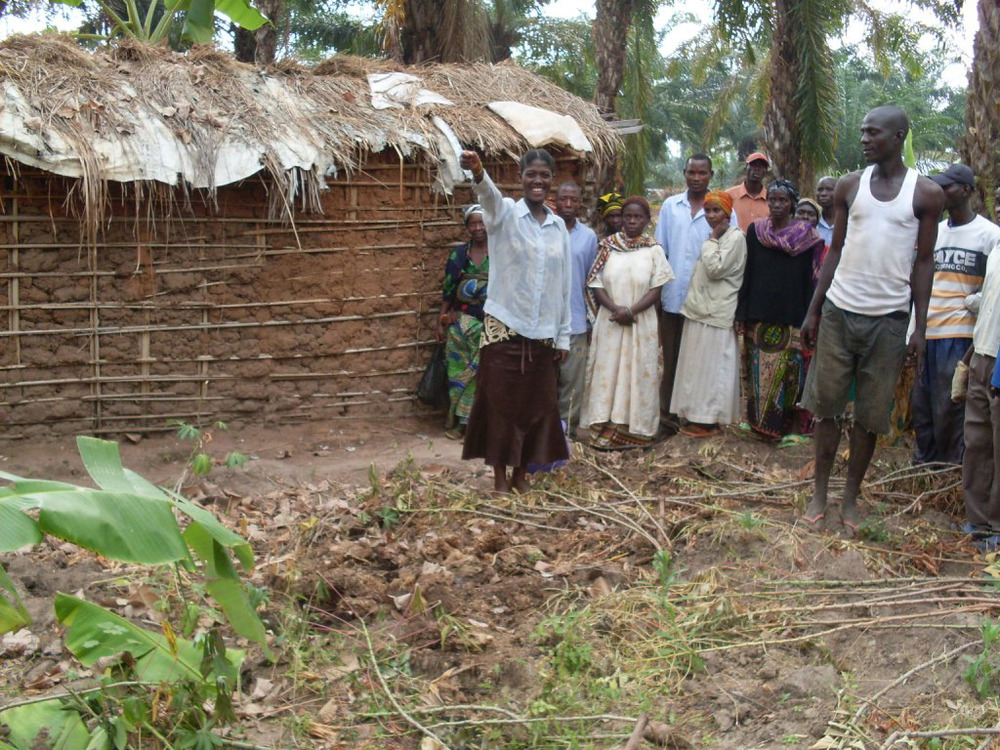 "Those who illegally acquired land should return it."

Some returnees are also finding their land has been taken over by the state for the development of public infrastructure, he added.

As of September, there were 78,948 IDPs, according to a UNHCR fact sheet. Most are ethnic Tutsis in northern and central regions who fled inter-communal violence following the 1993 coup, said the Norwegian Refugee Council’s Internal Displacement Monitoring Centre (IDMC), which noted that there has been no new displacement since 2008.

Burundi has been setting up "peace" villages - areas where both Hutu and Tutsi returnees are resettled - since 2003, but land disputes are common even at this level.

“The ownership of much of the land on which IDP settlements were established is disputed, however, and tenure risks are an obstacle to local integration,” notes IDMC, adding that progress on finding solutions for people who lost land and possessions during the conflict remains “slow and complicated”.

“To what extent local integration can become a durable solution remains to be seen.”

“A comprehensive land code enacted in August 2011 should help IDPs identify and certify their land, and a national “villagization” scheme that began in 2011 was also considered an opportunity to facilitate durable solutions for some IDPs and repatriated refugees. Neither process has progressed as planned, however, and few IDPs have benefited as a result,” says IDMC.

Other populations of concern in Burundi, according to UNHCR, include some 36,798 returnees and 46,592 refugees as well as hundreds of asylum seekers most of whom are from the Democratic Republic of Congo.

"We are solving one aspect of the land question but there are many other aspects that are not being resolved leading to a lack of durable solutions. People are used to stealing land. It's that mentality that we should change because if that changes, even the land conflicts will disappear," said CNTB chair Bambonanire.

"We need to make people understand that a property belongs to the legitimate owner because many believe that it belongs to the occupant. Another challenge is the attachment to land even by intellectuals who can live without land... this must change."

Representatives of the governments of Burundi and Uganda, alongside UNHCR signed a tripartite agreement to facilitate the voluntary repatriation of Burundian refugees in Uganda 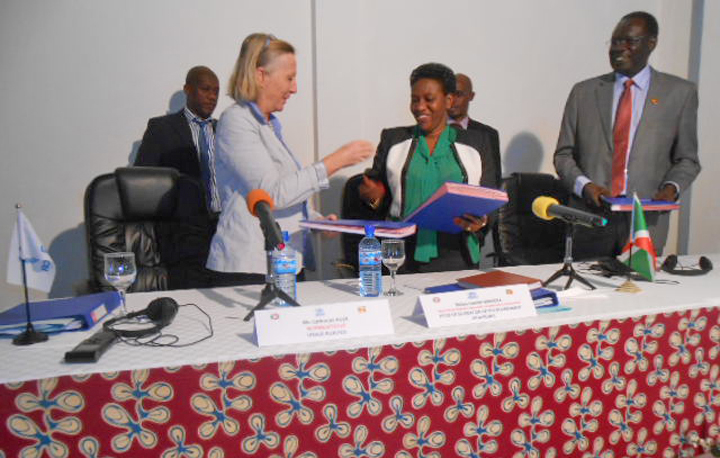 New ways of dealing with the scarcity of land are needed. "We have a problem of land in Burundi... the land is becoming scarce, many people are building on fertile land. They are building on hills prone to landslides," he said.

"Land reform will take time but it is an urgent matter. We think that there is still time but the system is collapsing. Things that need to change include the traditional subdivision of land among children...We need to think about how... people in the future will live, cultivate... It is difficult to tell someone to forget themselves and think about the future."

Burundi has a population of about 8.5 million with a density of 308.1 people per square kilometre, according to UN data.

Furthermore, people are returning to Burundi from neighbouring countries. "They are our brothers and sisters. We will do everything we can to accompany them and assist the landless to have land... for social cohesion," said National Solidarity Minister Clotilde Niragira.

"Since 2002, we have been successful, albeit with challenges. That is why we have put in place the reintegration programmes."

Commenting on fears that the returnees will add to Burundi's population pressure, Hilary Onek, Uganda's minister for relief, disaster preparedness and refugees, who co-signed the tripartite agreement, said: "What population is China? And you see how they have developed. When the environment puts pressure on the population, they think and they look for solutions...

"Many Burundians in Kampala are business people and when they come back, they will bring capital... They will definitely contribute positively to the [economy]."