Aisha*, a 35-year-old mother of six endured repeated, painful and humiliating violence from her husband until she reported the matter to the local village court, or ward tribunal.

The husband was fined and warned he would be taken to the police if he continued the abuse.

Ward tribunals were set up in the mid-1980s as part of efforts to devolve governance. They have a legal mandate to “secure peace and harmony… by mediating and endeavoring to obtain just and amicable settlement of disputes.”

Aisha, who lives with her family in Kijitonyama in the outskirts of the commercial capital Dar es Salaam, said she was satisfied with this form of restorative justice.

“I think I won because the beatings not only ended, but he was ordered to pay me money [the equivalent of US$100] to treat my injuries. We are a happy family now.”

It was not always so.

“It was bad because he would beat me anytime he came home drunk. He was jobless and I was providing for the family from my small business earnings.

“I decided to report him to these people because I feared the police,” Aisha told IRIN.

“As a woman, you feel helpless when you have nowhere to seek help when battered by a husband or you are raped,” Aisha said.

Ward tribunals are not proper courts: their members are drawn from the local community and need no special training, and there are no rules of evidence or procedure. Their priority is to see litigants resolve their own differences, but if that fails, they can impose measures such as public censures, fines, community work and even detention, although this has to be endorsed by a local magistrate.

"Most people fear the police but feel comfortable reporting to us because we are known to them and we have a legal backing because we are mandated by the government to do what we do. For cases that really need to proceed to the police, we provide the link"

“We don’t go looking for cases, but people come and report to us and we record those cases and carry out our own investigations to ascertain the truth. In cases where we feel the courts should be involved, we report to the police and we help push them forward,” Oscar Meck, chairman of one such ward in Dar es Salaam, told IRIN.

“Most people fear the police but feel comfortable reporting to us because we are known to them and we have a legal backing because we are mandated by the government to do what we do. For cases that really need to proceed to the police, we provide the link,” he added.

“However, we treat rape cases as an emergency and report them straight to the police so that victims can receive adequate and immediate medical attention.”

Reluctance to report to the police

Gender-based violence (GBV) is widespread in Tanzania, and it is seen as socially acceptable in most rural regions of the country.

Just over half of the 10,000 polled for the 2010 Tanzania Demographic and Health Survey, said their husband would be justified in beating them if they did just one of the following: went out without telling him, neglected the children, argued, refused sex, or burnt the food.

According to the same survey, 44 percent of married women have experienced GBV from an intimate partner in their lifetime.

Such spousal abuse is rarely reported to the police.

“We have desks where women and girls can report cases of abuse and we even give the option of them being handled by a female police officer. I can’t say things are bad like before, but many women still think the police are not friendly,” Jumbe Makoye, a senior police officer, told IRIN.

There is no legislation in Tanzania which specifically outlaws domestic violence.

“Many women still feel the police will dismiss cases of domestic violence as private or some will ask for a bribe to even open a file,” Juniata Joseph, 27, told IRIN from her tailoring shop in Kariokor in downtown Dar es Salaam.

When the police are involved, cases “frequently follow a circuitous pathway,” according to the International Centre for Research on Women. 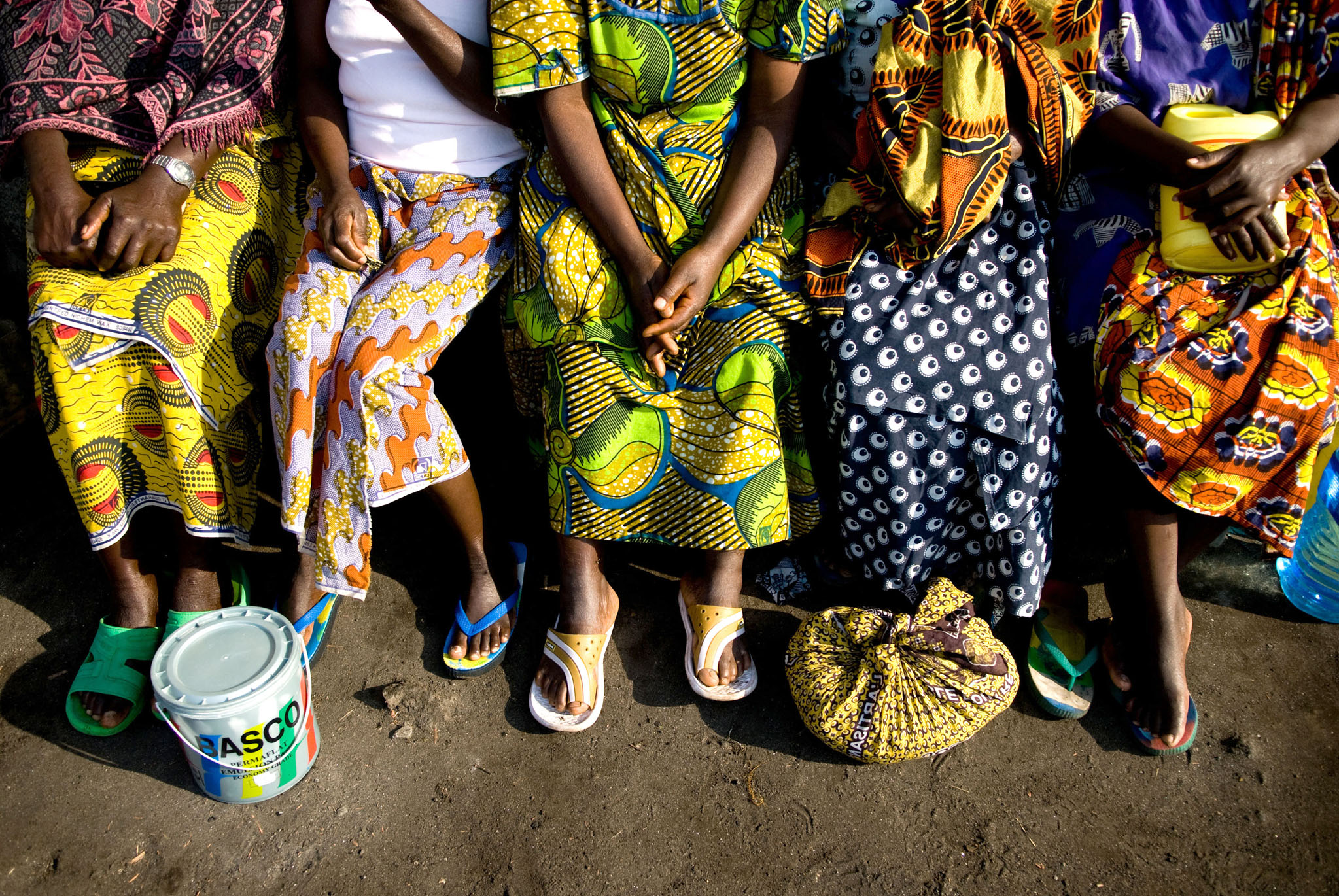 “The result is an exceedingly slow, cumbersome process that neither prioritizes a survivor’s needs nor responds to violence as an emergency situation.”

“I think the success of such tribunals have been aided by the ease with which they give the victims the opportunity to report. The fact people know they can summon perpetrators is in itself an effective deterrence,” Barongo said.

GBV perpetrators at times do so because they do not adequately understand the legal consequences of their actions, she added.

“If people are able to comprehend the legal repercussions of meting sexual and physical violence against women, they would stop. These committees have the opportunity to explain to perpetrators the consequences of their actions.”

A 2012 survey by the Legal Facility Services says: “Ward tribunals and village committees have limited resources and technical capacity to perform their functions, despite a strong commitment and a willingness on the part of community members to seek settlement of disputes outside the court system.”

Organizations like Pathfinder International have partnered with the government to build the capacity of the tribunals to effectively handle issues related sexual and gender-based violence.

A senior government official in the Ministry of Youth, Children, and Women, agreed.

“They need more support than they are receiving now. The members are there on a voluntary basis and receive no compensation at all. They need training on the relevant laws,” he said.

For some activists, cases such as Aisha’s should not be concluded at the village level.

“I think they [tribunals] should act as an avenue to receive people early enough before they go through the legal machinery. [But] serious cases like wife-battering should automatically be referred to the courts of law if victims are to receive fair justice,” Teodosia Muholo, executive director of the Women’s Legal Aid Centre, a local legal aid services NGO, told IRIN.