Climate change is expected to bring a shift in Kenya’s cereal production, particularly for maize and wheat, as regions previously not conducive for growing these crops become more productive. Such areas could, between 2010 and 2050, become the country’s new breadbaskets, say the authors of a new analysis.

“Future growing conditions will be variable, and areas that have traditionally produced maize and wheat might not be conducive for the crops while those areas that didn’t support it might be the new frontiers,” James Kinyangi, climate change, agriculture and food security regional leader at the Consultative Group on International Agricultural Research (CGIAR), told IRIN.

The analysis, East African Agriculture and Climate Change, was written by researchers from the International Food Policy and Research Institute and the Association for Strengthening Agricultural Research in Eastern and Central Africa. The authors analyzed data from four different climate models to assess the impact of climate change on crop yields at over 6,000 locations.

In one scenario, rising temperatures made it impossible to grow maize in parts of Kenya’s Rift Valley - traditionally the country’s largest maize-growing region - while in the coastal region, maize yields could drop by as much as 25 percent.

All four models revealed that rainfall will increase in certain arid and semi-arid regions, such as Kitui, Samburu and Isiolo, allowing maize to be grown in areas previously too dry to support the crop’s production. Similarly, some higher-altitude regions, which have been too cold for maize to thrive, will become warm enough for maize to grow.

The report said: “All models predict yield gains in areas that have not previously been able to cultivate maize. These are areas that were too dry for successful maize produc¬tion. With new areas becoming available for maize cultivation, it seems impor¬tant that policymakers consider encouraging people to cultivate maize in these areas sometime in the future. Some of these might be areas that are currently receiving precipitation that is not adequate to support maize production, like most of the [arid and semiarid lands].”

According to the authors, wheat yields will fall in fields cultivated on the slopes of Mt Kenya and Mt Elgon, but will increase in areas near Nakuru, a highland region in the Rift Valley Province.

The Famine Early Warning Systems Network determined in its August 2010 climate trend analysis of Kenya that since 1960, rainfall in central Kenya has declined by more than 100ml. This decline is probably linked to warming in the Indian Ocean, and seems likely to continue. It further concluded that critical surplus crop-growing areas in central Kenya are threatened, and the amount of prime arable land could diminish substantially. 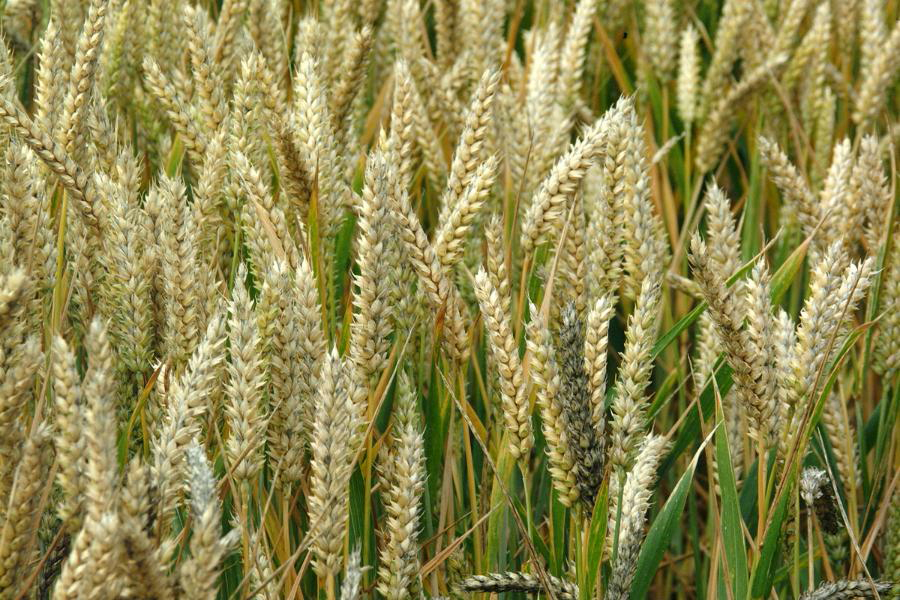 But experts say that Kenyan farmers - given the right tools and know-how - could not only survive but thrive in the face of climate change.

“Climate change might have adverse effects on farmers, but if they are given information and the right technological transfers to improve farming and change their farming methods, they can thrive. As it is now, farmers are shying away from investing in agriculture because they are risk-averse,” John Gathenya, climate change research fellow at the Walker Institute for Climate System Research, told IRIN.

Gathenya noted that while farmers are eager to adapt, “they lack the necessary support to do so”. He added, “The government, for instance, must collaborate closely with research institutions to come up with drought-tolerant and fast-maturing crop seeds, while farmers must be encouraged to diversify to keep pace with the changing climate and grow crops that suit their regions.”

According to the authors, Kenya’s maize production could increase by 60 to 100 percent, but only if the country sees the technological advancements needed to improve maize production.

“We can examine the regions that might become more conducive to maize production and consider whether, due to environmental concerns, we should protect some areas and selectively develop others. And we can invest in the research that can generate innovations, like drought- or heat-tolerant crop varieties, and the agricultural advisory services critical to ensuring farmers are able to make use of these crops,” they noted.

Kinyangi said: “Climate change will bring both good and bad effects, but farmers must be prepared to take advantage of opportunities that will come with it. This could mean encouraging them to diversify to crops that can adapt to their regions.”

The International Model for Policy Analysis of Agricultural Commodities and Trade (IMPACT), which takes into consideration technological improvements, projects an increase of around 80 percent in maize yield between 2010 and 2050, which seems to be large enough to meet in-country demand.

"Although irrigation agriculture has the potential to serve as an important adaptive intervention against known and anticipated adverse effects of cli¬mate change, the situation in Kenya is such that irrigation accounts for only 1.7 percent of the total land area under agriculture, which calls for an up-scaling of irrigation"

According to a recent study by the International Maize and Wheat Improvement Centre, the demand for maize in the developing world is expected to double by 2050.

According to the UN Food and Agricultural Organization, maize, wheat and rice account for half the calories consumed globally.

To help farmers adapt to the new weather patterns, the researchers recommend increased investment in irrigated agriculture and infrastructure to increase access to markets, coupled with a reduction in population growth.

“Although irrigation agriculture has the potential to serve as an important adaptive intervention against known and anticipated adverse effects of climate change, the situation in Kenya is such that irrigation accounts for only 1.7 percent of the total land area under agriculture, which calls for an up-scaling of irrigation,” they said.

In a 2012 policy brief, CGIAR noted that recalibrating agriculture in the face of climate change will require more than planting crops that can withstand warmer weather.

“Some commodities, for example, can grow in warm weather but cannot resist the insects and diseases whose prevalence will increase. Others can tolerate a lack of water but not the sporadic flooding that occurs with more common weather extremes,” it said.

Experts like Michael Okoti, a climate change specialist at the Kenya Agricultural Research Institute, told IRIN, “It is not just varieties alone that need to improve, but there is need to also build the capacity of farmers and make those new varieties accessible to them.”

He added, “Change takes time, and even as it comes with climate change, there is need to have farmers participate in new initiatives to improve buy-in.”