More than five years after Bangladesh's High Court granted them citizenship, many young Biharis continue to struggle against stigma in their quest for a better future.

"Despite having graduated from high school or university, we still can't get good jobs with a Bihari identity," Ijaj Hasan, a 20-year-old Bihari in Dhaka's Mohammadpur sub-district, told IRIN.

Ijaj who completed high school, now works as an assistant in a handicraft factory earning less than US$100 per month.

"I tried to get a government job, but failed," he said. "Even those Biharis with university degrees can't."

Bulbul Ahmed, a street vendor at the Mohmmadpur Bihari makeshift camp in Dhaka, home to some 25,000 Biharis, believes people continue to look down on them.

"Many of us want to go to work overseas, but can't even get a passport," he said.

Passport authorities will not give them passports, particularly when their addresses are listed as Bihari camps or settlements, say rights groups.

On 19 May 2008 the Bangladesh High Court approved citizenship and voting rights for Urdu-speaking Biharis.

There are 300,000 Biharis in dozens of camps and settlements in Dhaka and across the country, according to Al-Falah Bangladesh, an NGO campaigning for their rights.

Most Bihari youths are employed in low paid jobs such as day labourers after being denied education in state schools for decades.

According to Refugee and Migratory Movements Research Unit (RMMRU), a University of Dhaka affiliated research group, 94 percent of today's Bihari community are illiterate, compared with a national average of 46 percent.

Many of Urdu-speaking people are from the Indian state of Bihar. They moved to East Pakistan (now Bangladesh) during and after partition in 1947, fearing communal violence there.

Under the West Pakistan-based government, they received preferential treatment while the majority of Bengali speakers were often marginalized when it came to accessing government jobs, land, property and contracts. 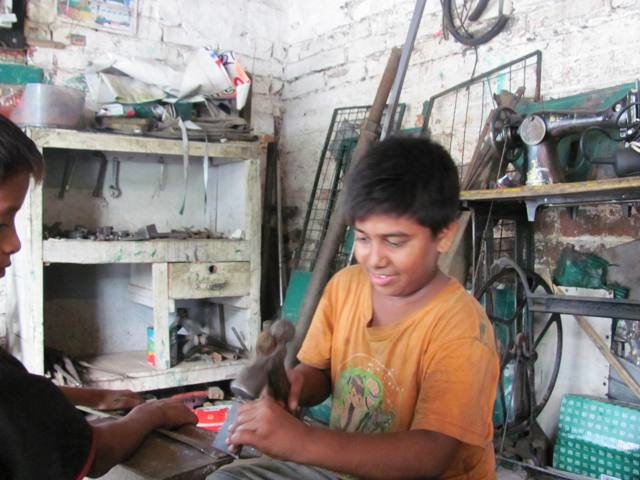 A 1948 decision declaring Urdu the national language of Pakistan underscored tensions between Bengalis and Biharis, who would later be accused of siding with the Urdu-speaking Pakistan army during Bangladesh's 1971 war for independence.

After the war, more than 100,000 Bihari Urdu-speakers moved to Pakistan, while thousands of other Urdu speakers were left stateless within Bangladesh.

Marginalized, discriminated against, and viewed as Pakistani collaborators, they were forced into squalid refugee camps and settlements where they continue to live to this day despite the 2008 high court ruling.

"There has been no significant improvement in the lives of Urdu-speaking people," said Ahmed Ilias, executive director of Al-Falah, noting that Biharis still do not receive the same rights as other Bangladesh citizens.

"Urdu-speaking people who live in the camps can't even open bank accounts, nor receive loans from a bank," he said.

"Social stigma continues and as a result Urdu-speaking people are struggling to integrate in the mainstream of the society. It seems that government is not concerned about us. We don't see any effective plan to properly rehabilitate the community," Ilias said.

Bihari children are unable to study in their mother tongue, leading many to drop out.

Mohammad Hasan, general secretary of the Association of Young Generation of Urdu-Speaking Community, said unemployment is rife in the Bihari community.

CR Abrar, RMMRU's coordinator, said the mindset of the people and the politicians of the country towards its Urdu-speaking population remains problematic.

"Ministers and government officials often identify them as `standard Pakistanis' despite the High Court order. Thus there is still a lack of political will for the betterment of this community," he said, adding: "Civil society groups and rights groups are concerned about other minority groups, but this group is largely neglected."

"A mass awareness programme is now needed to ensure that Biharis are treated like other citizens."