Thousands of Chadians who fled conflict in their country between 2004 and 2009 for neighbouring Darfur in Sudan, have been returning home in the past few months following sporadic inter-communal violence.

These Chadian returnees, alongside thousands of new Darfuri refugees, started crossing into southeastern Chad in January, fleeing a conflict over gold mines in northern Darfur between the Binheissin and Rizeigat ethnic groups, according to the UN Refugee Agency (UNHCR).

An influx of 30,448 Darfur refugees and 20,640 Chadian returnees has been recorded in Tissi in southeastern Chad in 2013, according to a report by the UN Office for the Coordination of Humanitarian Affairs.

The region the returnees are seeking refuge in, close to Darfur and northeastern Central African Republic (CAR), lacks basic infrastructure and was until recently a no-go zone for aid workers.

"Tissi is not a hospitable region,” said Bruno Maes, the UN Children's Fund (UNICEF) representative in Chad. “The region between CAR, Chad and Sudan is a critical hotspot.”

Eastern Chad saw a Janjaweed incursion in the mid-2000s, with rampant insecurity there ending after the normalization of ties between Sudan and Chad (the two countries had previously accused each other of supporting rebel groups in their territories). Northern CAR has long been lawless with acts of banditry common.

“These are only two reasons for their relatively long and uninterrupted stay in Sudan until the outbreak of the latest inter-community violence that has started around the gold mines and forced everyone to return home - independently of his/her initial reason of emigration from Chad.”

Those arriving inTissi - 80-90 percent of them women and children - are coming from the Um Dhukun area of Darfur in a very precarious situation, said Maes.

Achta Mahamat Oumar, is a 21-year-old widow living in the southeast Chad village of Tajdou. Tadjou is home to hundreds of Chadians who recently returned into the country after fleeing violence in neighboring Darfur 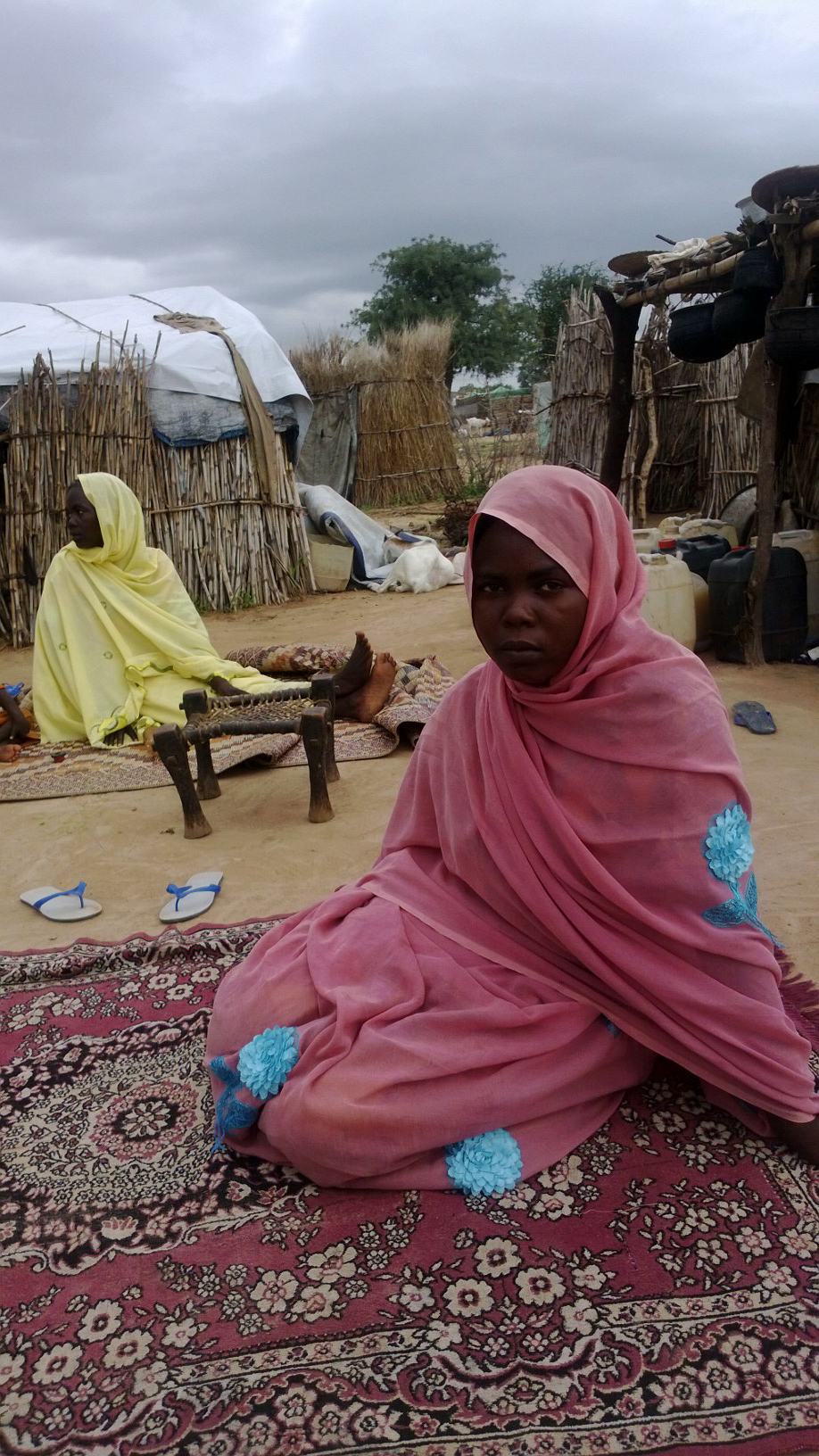 "I came from Darfur two months ago. My husband died four months before we left Darfur," Achta Mahamat Oumar, 21, told IRIN in the village of Tadjou, one of about 18 returnee sites in and around Tissi.

"There is no one to take care of the children. Most of the time I have to work for other families to get money by helping out on the farms," said Oumar, who has children aged three and 13 months.

In Darfur, Oumar and her late husband were farmers but in Tissi she has no land. "We did not have any land here even before we fled to Darfur," she explained.

Oumar’s children have no milk as the family owns just one young goat. The family gets by on porridge, rice and vegetables, says Oumar, noting that her children often get diarrhoea because of a lack of clean drinking water. "They have some stomach problems most of the time."

Tissi returnee Isak Mahamad said: “Healthcare is free. But when the children go to hospital, they are given medicine and they end up just vomiting because they are hungry.”

Access to basic services in Tissi is difficult, with past insecurity to blame for a lack of infrastructure.

"Water is a main issue," said UNICEF's Maes. About 15 percent of the 43,000 people in Tissi have access to potable water, with the rest relying on other sources.

“The other side [Darfur] is better in terms of access to water,” a woman told IRIN at a UNICEF water pump in Tissi.

Recent rain, poor hygiene and the lack of clean drinking water mean diseases such as malaria and diarrhoea are spreading in Tissi. Respiratory diseases are also a problem.

According to Corinne Grant, coordinator of a Médecins Sans Frontières (MSF) project in Tissi, malaria will spread as the rainy season (July-September) continues. On 10 August she said there were 30 cases of malaria in children under five. “There is a need for more prevention, treated bednets and awareness on symptoms,” she said.

UNICEF is working alongside MSF and other partners and has been present in Tissi since April. The agency had earlier prepositioned emergency supplies there as road access is usually cut during the rainy season.

Insecurity remains a concern with clashes in Darfur being recorded a few weeks ago amid fears of new violence. “We will go back to Darfur if our husbands, who are fighters, ask us to,” a woman in Tissi town told IRIN. She said her husband had fled along with her to Tissi.

“The host population is also a concern, yet a lot of the interventions are focusing on returnees and refugees. What we are considering as the host population are former returnees, those who came back in 2009, then there are the new 2013 returnees,” explained Grant.

Women fetch water at a borehole in Tissi centre. Access to potable water remains a major challenge in Tissi with diarrheal diseases among the leading causes of morbidity. Tissi is located in a remote region in southeastern Chad close to the Central Africa 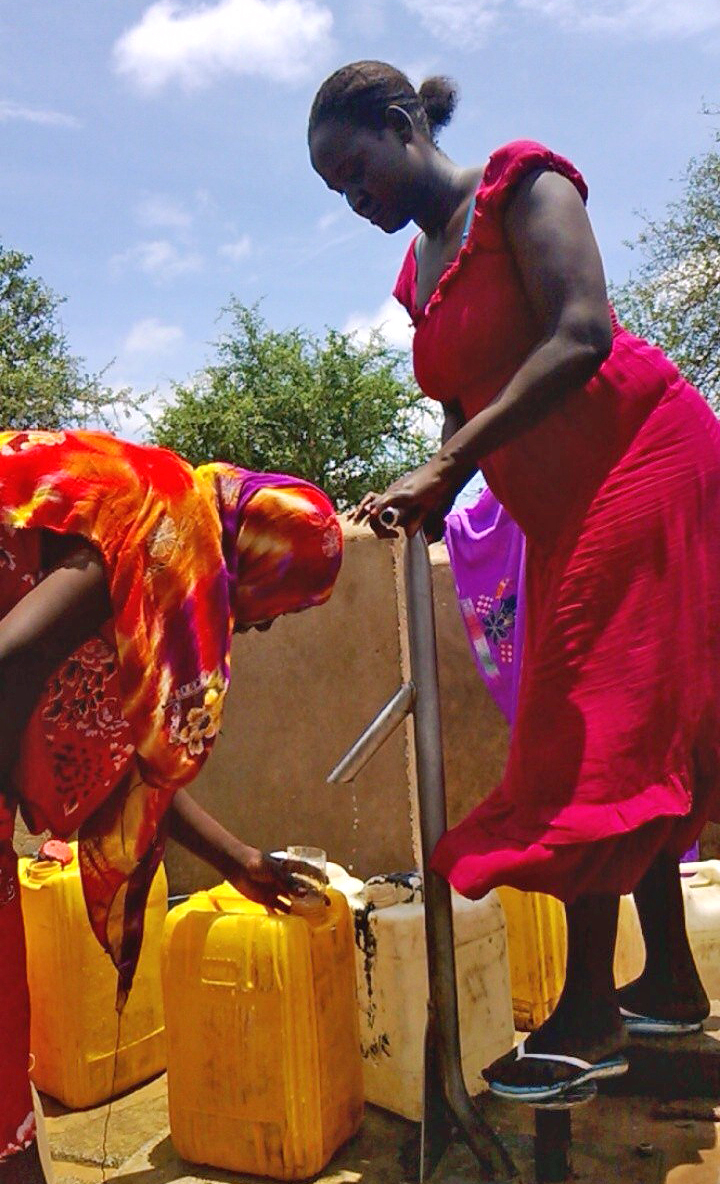 With the recurrence of conflict likely in Darfur, Tissi may receive more new arrivals when access to the area improves after the rainy season.

“The resources are not enough. Even before, people were vulnerable here. The people coming have added to the needs," Ousman Moustapha Ismail, the Tissi sub-prefect, told IRIN. "We have some experience taking care of refugees already and we can manage, but with the support of the NGOs."

“Although, the movement of both [the] displaced population [refugees and returnees] from Sudan and provision of aid to the same persons has been slowed down by the rains, the influx in small numbers still continues and may increase again with the end of the rainy season as the driving cause has not yet subsided,” said IOM’s Qasim.

The returnee caseload in Tissi is definitely a challenge, but it is not the only one.

There is a lot of population movement in Chad, says Qasim.

Since mid-July, for example, 4,125 refugees from CAR have arrived in the Moissala area of southern Chad, according to UNHCR.

CAR has seen a growing humanitarian crisis since a March rebel takeover that has left the entire population of 4.6 million in need.

In a 14 August UN Security Council Briefing on CAR, Under-Secretary-General and Emergency Relief Coordinator Valerie Amos said: “Over the past months the humanitarian situation has deteriorated dramatically and has shifted from being a long-term crisis of poverty and chronic vulnerability to a complex emergency characterized by violence, acute needs and grave protection issues.

“If inadequately addressed, this crisis threatens to spread beyond the Central African Republic’s borders and to further destabilize a region already facing significant challenges.”

According to Qasim, "if the situation worsens in CAR, it could mean more Chadian returnees too.” Many Chadians are believed to be in CAR for business.

“The insecurity in the CAR has caused [an] influx of both refugees and returnees especially in Southern Chad [Maro]… There are also Chadians who fled the violence in the CAR and who have returned to Tissi [Sila region] in eastern Chad,” he added.