Assistance to thousands of flood-affected families in Kenya has been curtailed by lack of a national disaster management body, poor coordination, poor rural infrastructure and other challenges.

At least 89,515 Kenyans had been displaced by floods, according to a recent Kenya Red Cross Society (KRCS) report. Sixty-two people were killed and many others were injured. The floods, caused by heavy rains in mid-March and early April, have affected areas in the central, eastern, northeastern, Rift Valley and western regions, and in Nairobi, the capital.

Disaster response in Kenya is often inadequate and characterized by a failure to act on early warnings, according to Mohamed Sheikh Nur, an aid agency consultant.

"What the government is doing now in the name of disaster response is neither effective nor adequate. I am yet to see a special kitty [fund] set [aside] to help the disabled, pregnant women, children and the sick. The [bulk of what] they are doing is only focused on distribution of food.”

According to Muhammed*, an HIV-positive father of six, more attention should be paid to vulnerable groups, such as those living with HIV.

"We need special care. Some of us have developed complications for failing to take [anti-retroviral] drugs. Some of us lost their drugs, some contracted waterborne diseases,” he told IRIN, from the Madogo area of the Tana River Delta region.

"Cases of pregnant women with delivery complications are prevalent. We have lost three mothers who required caesarean operations. They died because they could not reach Isiolo Town, where the service is available. The road remains cut off," Abdi Sora, an Isiolo County representative, told IRIN.

Ibaq Ahmed, an official with the Marsabit Women Development Organization, located in northern Kenya, called for the construction of health centres and the deployment of medical personnel to rescue the sick during such crises.

Lack of accurate data is also a problem.

Commenting on the number of people displaced by flooding in the northeastern area of Garissa, community leader Issa Hussein said: “The reality is that no assessment of the situation been conducted since the rains started four weeks ago.” 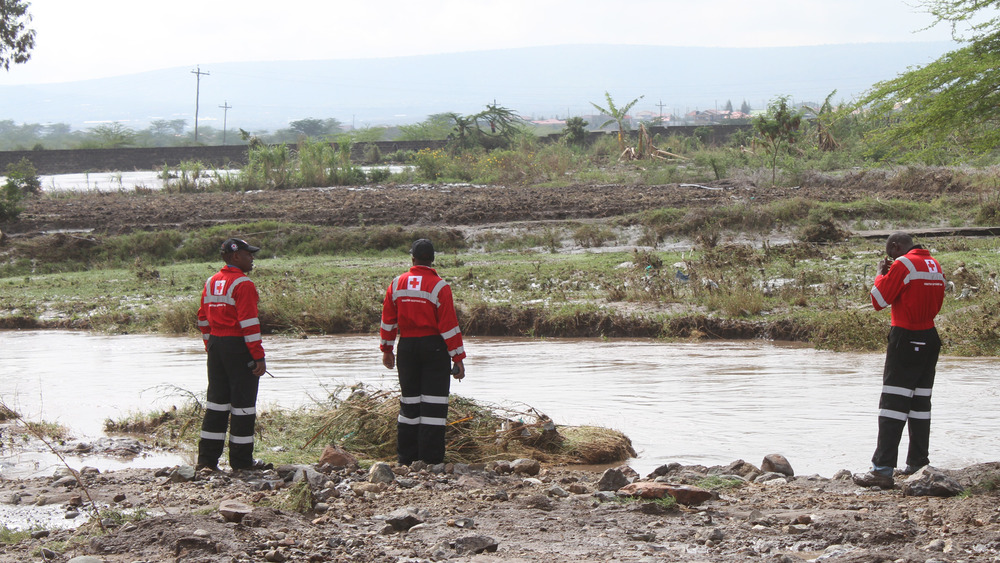 “Politicians and communities have either no or different figures," added an aid worker there.

But the Garissa County commissioner, Maalim Mohamed, said the government has a reliable network to assess needs and offer timely assistance.

So far, Mohamed said, military helicopters have been used to supply food and non-food items to at least 34,000 flood-affected people there.

Experts have, in the past, attributed poorly coordinated and unnecessarily expensive disaster responses in Kenya to the lack of a disaster management policy. Such a policy would facilitate the creation of a national disaster management authority to coordinate all institutions’ activities in disaster prevention, mitigation and response.

The policy, currently in draft form, recommends the creation of disaster trust funds, district contingency plans and insurance initiatives, among other measures.

On 18 April, Deputy President William Ruto announced that the government will table a bill in parliament on the establishment of a national disaster management authority. The authority will help to correct the current disaster management approach, which is based on guesswork and is often erroneous, Ruto said.

The development of modern roads in rural areas will also help prevent disaster-affected populations from being cut off from aid.

In the Tana River Delta area, for example, roads have been impassable, and military helicopters have been used to airlift dozens of people marooned by flood waters.

“Poor infrastructure, [and the] complete absence of roads in some settlements makes rescue and relief efforts difficult, costly [and] risky for aid workers," said a KRCS disaster response team official in the region, who wished to remain anonymous.

"Central [and] county governments must strive to improve road networks in areas prone to calamities like floods, hunger and conflicts. It’s more costly to contain disasters and less costly to prevent them,” the KRCS official said.

In northern Kenya, a poor road network led to a rise in livestock prices in the predominantly pastoral region, and some markets closed because of poor access, Tom Lolosoli, an official with the Samburu Development Forum, told IRIN.

According to KRCS, projects to empower vulnerable communities in rural areas, who are often worst-hit by disasters, can help to build resilience.

In the region of Isiolo for example, two KRCS pilot projects in the area of Korbesa have led to a reduction in the number of people dependent on food relief, from 2,013 in 2011 to 1,069 today.

Project members engage in crop farming and retail work, and they are encouraged to diversifying the livestock they keep, according to Malik Adan of the KRCS Disaster Risk Reduction project.

“The potential benefit of resilience projects is enormous and helps a lot to empower communities in areas synonymous with famine, drought and floods.”