The British government has announced a major new programme aimed at providing essential healthcare to six million people in the Democratic Republic of Congo (DRC). The five-year, US$270.7 million project will focus on rebuilding health facilities, training health workers, and supplying drugs and equipment.

Civil war has destroyed much of the country’s health infrastructure, as well as the road networks and vital services such as electricity, meaning patients often have to travel long distances to health centres that may not be equipped to handle their complications.

IRIN has put together a list of five health issues in DRC that require urgent attention:

Maternal and Child Health - DRC’s maternal mortality ratio is 670 deaths per 100,000 live births, with an estimated 19,000 maternal deaths annually. The country has a severe shortage of health workers - less than one health professional is available per 1,000 people.

With 170 out of every 1,000 children dying before they reach the age of five and 10 percent of infants underweight, DRC has one of the worst child health indicators in the world. It is one of five countries in the world in which about half of under-five deaths occur. Some of the biggest killers of children are diarrhoea, malaria, malnutrition and pneumonia.

Sexual violence - Several studies report high levels of sexual violence perpetrated against women, children and men in DRC, both by armed groups and within the home; one study, conducted in the North and South Kivu and Ituri in 2010, found that 40 percent of women and 24 percent of men had experienced sexual violence.

Between the stigma of rape and the dearth of decent health services in DRC, sexual violence often leaves survivors injured, infected with sexually transmitted illnesses and severely traumatized. Some of the main requirements are first aid and trauma services, counselling, diagnosis and treatment of sexually transmitted infections, HIV post-exposure prophylaxis and access to contraception.

During a recent visit to eastern DRC, UK Foreign Secretary William Hague announced $312,110 in new funding to support the NGO Physicians for Human Rights, which works at Panzi Hospital in South Kivu Province, “to help efforts to develop local and national capacity to document and collect evidence of sexual violence”.

Diarrhoeal diseases - The consumption of unsafe water is one of the main causes of the diarrhoeal diseases - such as cholera - that infect and kill children and adults in DRC. A cholera epidemic that started in June 2011 has infected tens of thousands and killed more than 200 people. In the capital, Kinshasa, which has been hit by the epidemic, less than 40 percent of people have no access to piped water. According to the UN Children’s Fund, UNICEF, 36 million people in DRC live without improved drinking water, and 50 million without improved sanitation.

A man washes his hands during cholera prevention session in the Guinean capital Conakry. August 2012 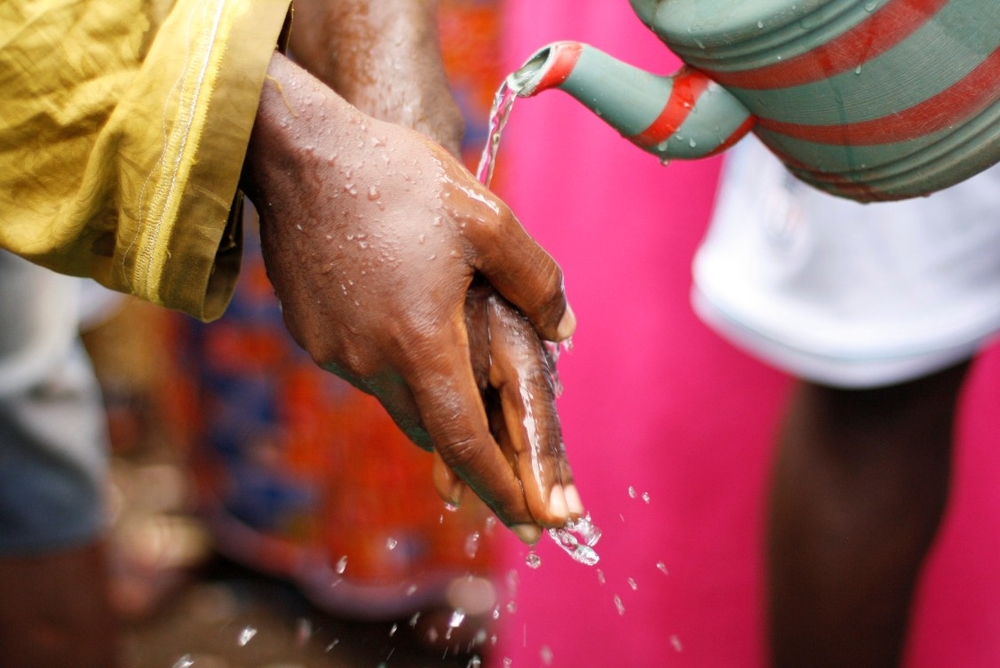 Some of the measures to boost access to safe water and sanitation include hygiene awareness campaigns, rehabilitation of water supply and of sanitation facilities, disinfection of contaminated environments, chlorination of water, and distribution of soap.

Immunization - Despite the existence of an effective vaccine for measles at a cost of roughly $1 per vaccine, the disease is one of the leading killers of children in DRC. According to the Global Alliance for Vaccines, 20-30 percent of children in DRC do not have access to immunization. Some challenges to universal vaccine coverage include the poor road network, the size of the country (DRC is Africa’s second largest country), unreliable electricity for vaccines that require refrigeration, and low awareness within the population.

HIV - More than one million people in DRC are living with HIV; 350,000 of these qualify for life-prolonging antiretroviral drugs, but only 44,000 - or 15 percent - are actually on treatment. Just 9 percent of the population knows of their HIV status, largely because of low awareness, but also because of a shortage of facilities - for instance, only one laboratory in the country is equipped to carry out polymerase chain reaction tests for early infant diagnosis.

Just 5.6 percent of HIV-positive pregnant Congolese women receive ARVs to prevent transmission of HIV to their babies; according to government figures, the mother-to-child transmission rate is about 37 percent.

Humanitarian agencies have called on the government and donors to urgently boost funding for HIV prevention, treatment and care.