Land-related grievances were among the underlying causes of the violence that followed Kenya’s disputed presidential election results in 2007. Some communities, such as those in the worst-affected Rift Valley Province, invaded land that did not legally belong to them but which they perceived to be their birthright.

More recently, conflict in regions in the north and near the coast have been driven in part by land-related interests.

In the northern Rift Valley area of Baringo, for example, officials are blaming a two-month-long conflict that has displaced an estimated 1,000 families on an attempt by one community to extend its administrative boundaries.

“The issue of land in Kenya is the hot political potato,” veteran anti-corruption activist and chief executive officer of the NGO Inuka Trust Kenya, John Githongo, said in an IRIN film, part of a web-documentary entitled No Ordinary Elections.

In this briefing, IRIN examines the land question and its role in recurrent ethno-political conflicts.

Land-related disputes date back to colonial times, when British colonists displaced people from Kenya’s fertile highlands and either resettled them elsewhere or left them landless, effectively turning them into squatters.

For example, some people in Central Province, which was predominantly home to the Kikuyu ethnic group, were relocated to Rift Valley Province, home to the Kalenjin. “People in Rift Valley were evicted from ‘their’ land to create room for those relocated from Central,” said Oliver Waindi, deputy national coordinator of the Kenya Land Alliance (KLA) a non-partisan group of civil society organizations working on land reform.

Some of those displaced in Rift Valley Province ended up not being resettled, leading to generations of resentment.

“At independence, we did not actually address these issues. We did not redistribute the land in the way which… was fair. Instead we had a situation where the incoming elite then perpetuated some of those injustices and did not even want to address the historical injustices pertaining [to] the land,” said Atsango Chesoni, the executive director of the Kenya Human Rights Commission.

“So you have a legacy of multiple displacements: initially part of the colonial experience, and then subsequently, part of the various regimes that came in,” she said.

Since 1992, with the introduction of multi-party politics, land-related tensions, especially in the Rift Valley and later in Coast Province, have been exploited by politicians, often during campaigning, sometimes resulting in pre-election violence.

“You’d have people removed from an area because they were treated with suspicion because people thought that they would not vote in certain ways. So you have those kinds of tensions - and also what was essentially an economic issue - [which] became politicized, and so it would take on ethno-political undertones,” said Chesoni.

At the coast, land ownership has been one of the factors fuelling separatists sentiments.

Pickers attend to a tea plantation in Kericho, Kenya. A study has recently revealed that African nations can break dependence on food imports and produce enough to feed a growing population within a decade 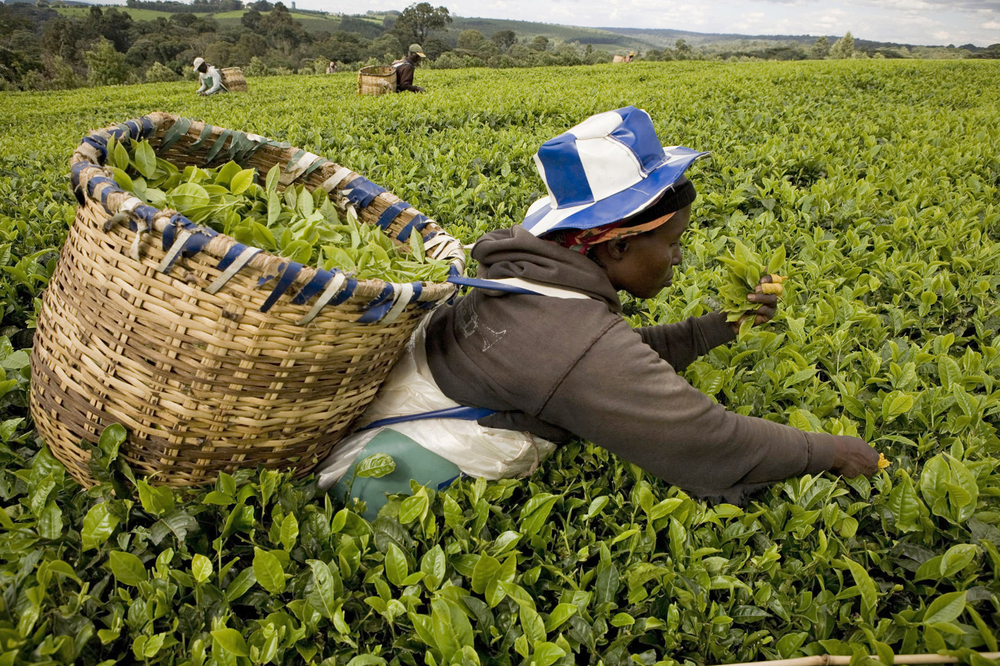 “The coastal area, also, because of beaches and because we have a tourist economy, [is] another part of the country where you have a history of displacement and alienation. And you have entire communities living as squatters in what was supposed, historically, to be their ancestral land,” Chesoni said.

Around 80 percent of the coastal population lacks land titles. Large chunks of land there were appropriated by the government after the country’s 1963 independence, and much of it was distributed to outsiders in a system of political patronage.

In a country where the vast majority depend on agriculture for their livelihoods, there is enormous demand for fertile land.

But only 20 percent of Kenya’s land is suitable for agriculture, with the rest being arid and semi-arid. “So we have a huge part of the population scrambling for a very small area of a country that still calls itself agricultural,” Githongo told IRIN.

Land in Kenya is not just essential for agricultural production; it is a symbol of wealth, notes the KLA. “Land has a cultural and family [value], thus the dire urge for most people to be associated with it,” Waindi of the KLA told IRIN.

According to Waindi, livelihood sources must be diversified. “If we are competing as [a population of] 40 million… what about when this number doubles?” he asked. “The government should enlighten its citizenry on other ways of [making money] rather than land.”

Past recommendations on land reform - from the Report of the Commission of Inquiry into the Illegal/Irregular Allocation of Public Land, popularly known as the ‘Ndung’u’ land report after the commission’s chairperson, were not implemented.

The report found illegal allocation of public land in Kenya to be “one of the most pronounced manifestations of corruption”.

Among its recommendations, the report called for: all allocations of public utility land to be nullified and the lands repossessed; the investigation and prosecution of public officials who facilitated or participated in the illegal allocation; and the recovery of all monies and proceeds acquired as a result of it.

But there is hope for land reform, particularly after the establishment of a National Land Commission (NLC) – one of a broad range of reforms introduced by a new constitution adopted in 2010.

For Waindi, the commission’s credibility rests on its independence. “Top government officials have a lot of interest in land and may hinder NLC’s 100 percent commitment,” he said.

In a recent interview with Kenya’s Citizen Television, the chairman of the NLC, Mohammed Swazuri, said, “[The] Ndung’u Commission’s recommendations could not be effected because there was no political will, but the current constitution fills the gap.”

Swazuri added that the NLC will work with lawyers and land and natural resources experts. “It is a people-driven commission and will not disappoint Kenyans as it has the ability to deliver,” he said, adding that the NLC would offer recommendations on the minimum and maximum size of land each owner should be entitled to.

Land issues should be addressed with a sense of urgency, popular musician Eric Wainana told IRIN: “The further we go, the harder it gets to solve these historical injustices, because you say to a Kikuyu guy [in the Rift Valley] right now, ‘Go home’, he’s going say, ‘Go home? Go where? My grandparents are buried right here’.”