Mahasa* sits in the dust outside the hut she built herself, holding her youngest son in her arms.

The 29-year-old mother of four knows how vulnerable she is. "I'm scared," she said.

Mahasa is one of many women who have fled, unaccompanied by their husbands, to Maban County in South Sudan's Upper Nile State, escaping the fighting in Sudan's Blue Nile State between government forces and the rebel Sudan People's Liberation Movement-North. Mahasa’s husband is still in Blue Nile, fighting alongside the rebels.

She now lives in Doro camp, which houses more than 44,000 refugees. There, she - like other female refugees - faces daily threats of harassment, exploitation and violence, and the persistent fear that, as a woman, she will be unable to provide for her family.

The fighting in South Kordofan and Blue Nile states, which started in June 2011, has so far displaced more than 112,000 civilians to South Sudan. Humanitarians say they were "overwhelmed" during the rainy season in the second half of 2012, as tens of thousands of refugees, most of them women and children, came pouring across the border from Blue Nile State. The UN Refugee Agency (UNHCR) and its partners scrambled to meet the basic needs of the new arrivals, who initially slept under trees and survived on fruit and stagnant groundwater.

Now, six months later, fighting continues across the border, but the rate of arrivals has eased and aid agencies are transitioning from emergency response mode to meeting the longer-term needs of the refugee population.

More than 80 percent of the refugees are women and children, says Myrat Muradov, a protection officer with UNHCR. The agency has begun to look at the particular vulnerabilities of this group, many of whom are completely dependent on food rations.

"Widows and pregnant women need much help," he said.

Because the camps are spread out across large areas, women often have to walk very long distances to reach food distributions points, and then they must carry the heavy ration bags back with them.
Mahasa, for example, walks half an hour in each direction to collect the food she needs to feed her children.

Aid workers say that on these collection journeys, single women and the elderly are particularly vulnerable to exploitation, sometimes being forced to part with a portion of their ration in exchange for assistance transporting it.

However, this is not the crime Mahasa fears most. One of the most difficult things she and other women must do is collect firewood from the bush surrounding the camp; not only is it hard work, it is also "dangerous," she says, because members of the host community often approach and harass female refugees.

"They hit us," Mahasa says. “They also take the axe from us."

Tensions between the refugees and the host community have been mounting, largely over increasingly limited resources.

Maple*, an older woman in the camp, and Talitha*, her adult daughter, express similar fears, reporting that both men and women from the host community have hit them with sticks and chased them away as they tried to collect firewood.

"The only way to get the firewood is to hide yourself in order to protect yourself from the host community," Maple said.

The issue is of growing concern for protection officers working in the four refugees camps of Maban County. Firewood collection "exposes women to humungous risks in terms of sexual violence," one officer working in the camps told IRIN. 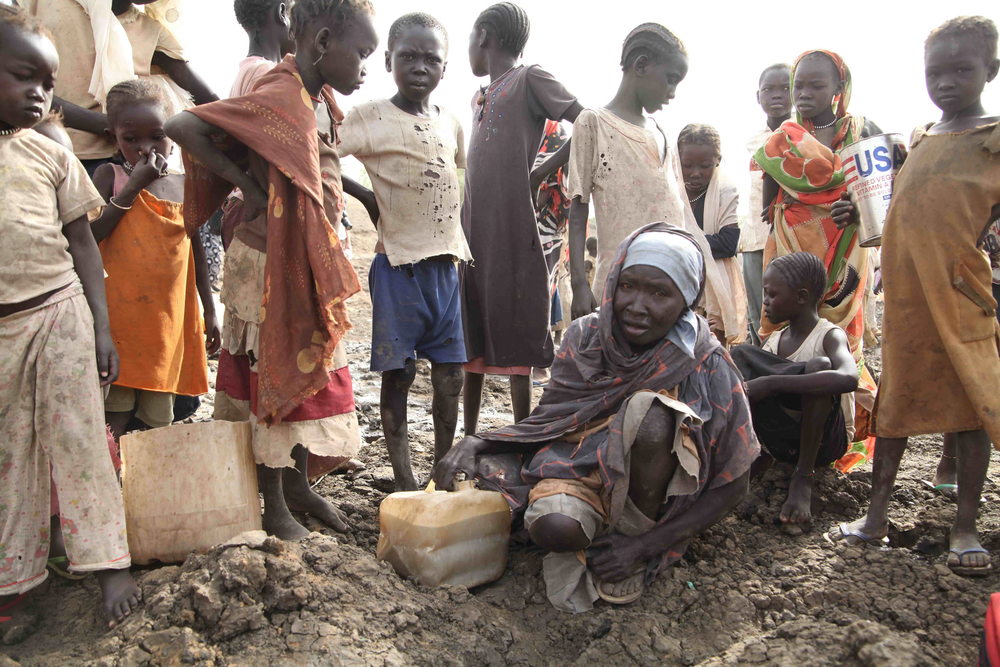 A Human Rights Watch report, released on 12 Dec 2012, documented instances of such sexual violence and pointing out that in Jamam camp - also in Upper Nile State - women regularly walk for an hour and a half each way to collect firewood.

The Danish Refugee Council released a sexual and gender-based violence rapid assessment of Doro in October 2012. "Adult women and adolescent girls recounted cases of rape, attempted rape, sexual abuse and harassment," the assessment states. It also found that many instances of sexual and gender-based violence went unreported due to fears of stigmatization. Indeed, the assessment noted that healthcare providers in Doro camp had not had a single instance of rape reported to them since the beginning of 2012.

In an attempt to overcome the taboo against speaking about sexual violence, UNHCR has deployed a team to Doro for three months; its mission, Muradov says, is to disseminate information about the availability of post-rape care and get referrals to health services going.

The agency aims to establish a sexual and gender-based violence programme with focus groups to encourage women to talk more openly. However, the lack of female interpreters is a major barrier to this project, so, alongside income-generation projects, language training for women has been made a priority for 2013.

"It's a large part of the strategy moving into a more sustainable operation," Muradov said.

UNHCR has also launched "fuel efficiency talks", which provide training for women across all four Upper Nile camps - Doro, Gendrassa, Jamam and Yusuf Batil - on how to reduce the amount of firewood they use by up to 50 percent. Reducing the quantity of firewood used would alleviating some of the tension with the host community and decreasing the number of firewood collection trips the women have to make, lowering their exposure to potential violence

Meanwhile, UNHCR's Muradov says the American Refugee Council is focusing on psychosocial counselling, while Handicap International is looking at people with special needs. Other humanitarian agencies say they are in the initial phases of establishing income-generating projects for women, aimed at fostering economic independence for female-headed households to protect them from exploitation.

For now though, Mahasa remains worried. "Without a husband, I may not be able to provide for the children," she said.