She Said: Women’s lives, women’s voices You’ve heard it before. Women and girls pay a heavy price during humanitarian crises. She Said is an ongoing collection of reporting in which women offer glimpses of their lives, speaking with TNH from COVID-19 lockdowns, situations of conflict and displacement, and other global emergencies.
SANTA MARTA, Colombia

In November, Juana del Carmen Martínez, an Afro-Colombian midwife self-taught in traditional medicine, waited outside the door of a zinc-roofed shack on the outskirts of Quibdó, the capital of Chocó, a region in western Colombia.

Inside waited Elina Chamorro, a young Indigenous woman about to deliver a baby girl.

Martínez had come to find out if Chamorro had gone into labour. She had brought a medicinal plant, celandine, to brew with cinnamon and sugar. If labour pains continue after the expectant mother drinks the tea, the birth is imminent.

The scene reflected ongoing maternal care not only in Chocó, but in communities throughout Colombia.

In rural areas, the COVID-19 pandemic has driven up maternal mortality as pregnant women have avoided health centres. Many women have instead resorted to Afro-Colombian midwives – who have inherited ancestral knowledge and skills – for care prior to their deliveries. But these health workers often lack official recognition of their work.

In her 38-year career as a traditional midwife, or partera, Martínez, who is 58, has helped deliver more than 780 babies. Since the start of the pandemic, she has helped with at least five home births and has delivered care to at least 10 pregnant women.

Chamorro, 27, belongs to the Emberá Dobida indigenous community – Dobida means “people of the river” – based mostly in the Chocó department. Her earlier children were born at the local hospital. But not this year.

“I prefer to deliver my baby at home,” she told The New Humanitarian by phone. “At the hospitals, the service is very slow and the doctors are not taking the time to check up on me because they have several patients.”

During the pandemic, midwives like Martínez have been essential in delivering maternal healthcare to Indigenous and Afro-Colombian communities, especially in rural areas, where access to hospitals and clinics is difficult.

Martínez travels throughout the Chocó department, one of the poorest parts of the country – and one in which illegal armed groups flourish. She is well-respected in her community and able to deliver assistance in areas that are too dangerous for others to enter.

“I wear my midwife’s uniform, with my card and bag, so I can pass anywhere,” she said. “We go to the most difficult parts, where the doctors cannot go.”

The work of Martínez and others like her has been critical to improving maternal health in Afro-Colombian and Indigenous communities in Chocó. Midwives here extend the reach of prenatal and birthing services beyond the small villages and towns – like Quibdó – to the more remote areas. They also often detect dangerous conditions during pregnancies and urge mothers to go to the hospital for prenatal checks. 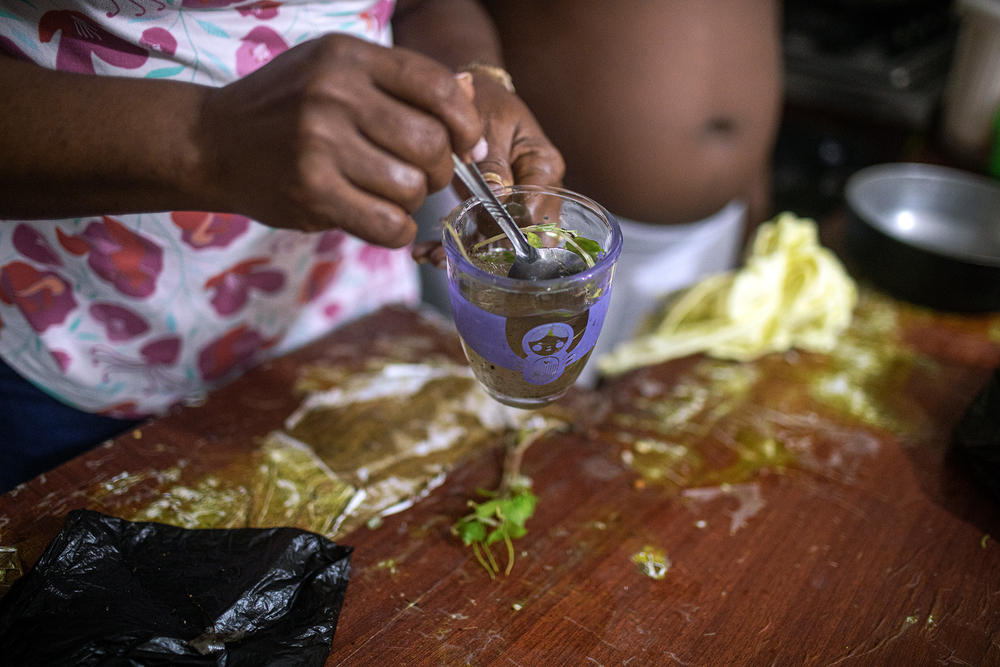 As COVID-19 has overwhelmed healthcare services globally, pregnant women around the world face serious risks. In many countries, a rise in stillbirths has been recorded due to the closure of maternity units during surges in coronavirus cases.

And women who need critical sexual and reproductive health services are avoiding health centres because they feel they will be exposed to the virus. Others have lost access to healthcare due to lockdowns and restrictions on movement.

Such restrictions in Chocó have been enacted not by the government, but by illegal armed groups that have imposed strict lockdowns.

The weather also reduces movement. This region is one of the rainiest places in the world, where average annual precipitation totals 8,000 to 13,000 mm.

“When mothers are about to deliver their babies, some of them are assisted by midwives, while others go to doctors,” said Martínez. “But sometimes we are stuck. The recent landslide in the Lloró municipality took everything away. It took the health centre, several houses, and people lost everything.”

And it’s not just in Colombia that conditions during the pandemic are impacting women's health.

The United Nations Population Fund, or UNFPA, found that, worldwide, “many hospitals and health centres are reporting declines in the number of women and girls receiving critical sexual and reproductive healthcare, including antenatal services, safe delivery services and family planning.”

And the Pan American Health Organization (PAHO) has reported a 40 percent decrease in pregnancy checks in 11 Latin American countries.

In addition, UNFPA experts in Colombia have warned local authorities about an increase of maternal deaths during COVID-19.

Preliminary data from Colombia’s National Institute of Health (INS) documents the human cost: In 2019, 298 maternal deaths were recorded in Colombia. In 2020, the number was at least 350 – a 17.5 percent increase.

“These partial numbers are alarming because women are not going to [health] services, because they are not close enough to them to prevent these deaths,” said UNFPA expert Ana María Vélez. “We have not organised a healthcare system outside hospitals or clinics.”

Even before the pandemic began, maternal mortality in Colombia was high – although not as high as Venezuela, Peru, or Ecuador. According to the INS, the maternal mortality rate in 2019 was 46.7 deaths per 100,000 live births, with numbers even higher in rural communities. But Afro-Colombian women die at twice the national rate, and the mortality rate in Indigenous communities is five times higher than the average.

As part of the UN’s Sustainable Development Goals, UNFPA hopes to achieve zero preventable maternal deaths by 2030. However, during this pandemic, Vélez reported that Colombia lost eight years, with rates of maternal mortality returning to levels not seen since 2012.

That, in the opinion of many, is where traditional midwives can help.

“The work of midwives is fundamental, but it is not only working with them, it is working with a healthcare system, and that implies several actions,” Vélez said. “First, the community works with the midwives. And second, [it’s necessary] to work on the different cultural worldviews within the institutions, because often the problem is discrimination.”

In Colombia, midwifery was officially recognised as an International Intangible Culture Heritage in 2016. But unlike in Mexico, which has also seen a rise in midwife-assisted birth during the pandemic, these traditional health workers still receive no financial backing from the state. And many of them, including Martínez, say their work is not valued by the government. Furthermore, according to Vélez, newborns assisted by midwives are not counted by DANE, the national statistics department.

Nonetheless, Martínez said, midwives like her play a crucial role. 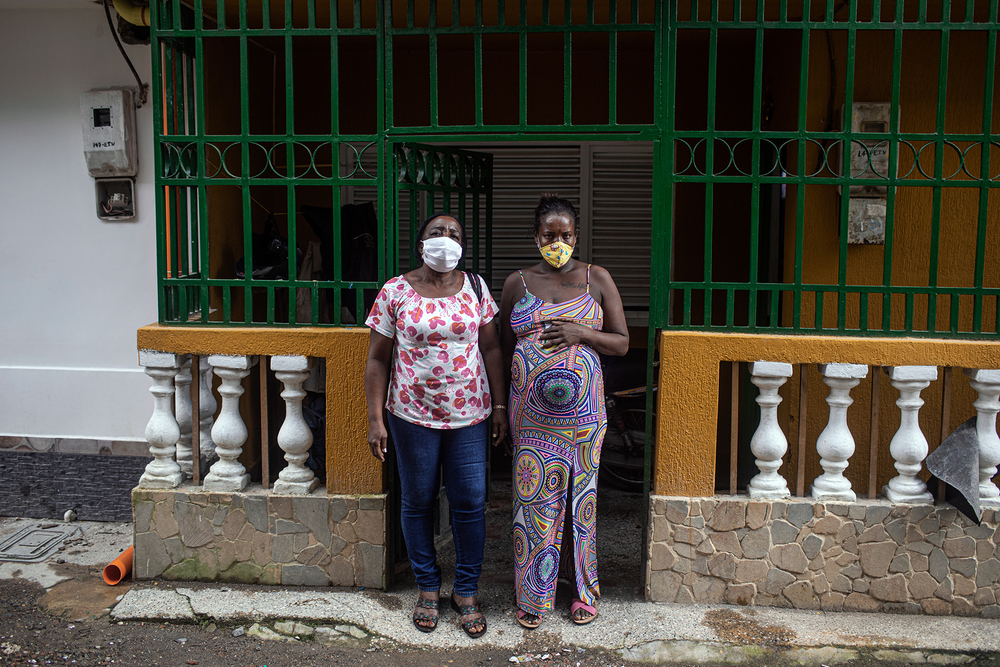 “First, we value the pregnant mother; we tell her to go to the doctor so that the doctor can do the relevant exams, and she can go to about five or six check-ups,” she said. “Then I can help them without problems.”

But during this pandemic, requests for assistance have exceeded the capacities of the midwives. Local organisations are trying to respond to such shortfalls. Asoredipar Chocó, an association of more than 800 midwives in Chocó, focuses on training and supporting their work.

Manuela Mosquera, a former volunteer nurse at the Colombian Red Cross and the leader of Asoredipar Chocó, said there had been an increase of 20 percent in home births assisted by midwives within the association since the start of the pandemic.

While the services of these traditional midwives are on the rise, Mosquera views COVID-19 as an opportunity for health centres to better acknowledge their work.

“The pandemic should imply a recognition of midwifery by local health institutions, since they have identified that pregnant women are not attending their health centres,” she said.

UNFPA is currently working on developing a phone app with Asoredipar Chocó to register home births, newborns, or maternal or neonatal deaths by mobile phone. The project aims to integrate Chocó’s traditional midwives with health services and with DANE. This will help midwives establish a “live birth certificate” of newborns that is sent directly to DANE to better integrate the records of newborns assisted by parteras. This way, home births may be recognised.

“This innovation can help ensure that women do not experience discrimination in services, that midwives who help can register births, and that those births count,” said Vélez.

The integration of midwives within the formal health system, with an ethnic and intercultural approach, could, it is hoped, increase communities’ access to health services and reduce preventable maternal deaths.

Recently, PAHO analysed the impact of COVID-19 on Indigenous and Afro-descendants in the countries of the Americas, working with local leaders to rethink the health system. They discussed not only reducing the inequity in access but also how to place greater value on ancestral knowledge – including that of parteras and healers.

The need for regional investment

Even though the countries of Latin America and the Caribbean, except for Haiti, are not among those with the highest rates of maternal mortality globally, PAHO has reported an increase due to COVID-19 in the region, with the highest rises in Mexico, Brazil, and Colombia.

PAHO encouraged countries in the Americas to step up their efforts to ensure access to prenatal care services for pregnant women, while UNFPA urged more funding to meet rising needs due to the pandemic, secure maternal healthcare, and promote reproductive health.

According to a recent study, government funding can contribute significantly to the reduction of infant mortality in Latin America. But the amount of money invested is different in each Latin American country. In Colombia, for example, the entire national health development budget (which includes maternal health) was only $70 million in 2020.

That is why the work of Martínez, and people like her, is crucial.

A week after she visited with the herbal tea, Chamorro went into labour. Martínez took a motorcycle to Chamorro’s home early in the morning to help her with the delivery.

“The labour wasn’t difficult, but it was longer and painful because her last baby was eight years ago,” Martínez said.

Still, after eight hours of labour, and with Martinez’s help, Chamorro gave birth to a healthy, five-pound baby girl. Her name is Helean Sofía Serna.