A combination of drought and economic collapse has left 7.7 million Zimbabweans – half the population – unsure where their next meal will come from.

This is not just a rural problem. Soaring food prices mean the urban poor like *Ruth, who lives with her four children in Epworth, a Harare suburb, are also sinking into crisis. Her home is so cramped that three of the children sleep each night at a neighbour’s.

Well-wishers have rallied around to help. People also offer Ruth a bit of work when they can to keep her going – collecting firewood, washing, or cleaning.

But there’s little spare cash in Epworth. Previously an informal settlement, it remains among the poorest of the capital’s suburbs. It’s one of the first places people come to from the rural areas looking for work or, if they’ve failed to make it in the city, one of their last resorts.

“Life in Epworth is on the challenging side. It’s cheap to live here because rents are low, but there are no opportunities – and the neighbours can’t always help.”

“Life in Epworth is on the challenging side,” Ruth told The New Humanitarian. “It’s cheap to live here because rents are low, but there are no opportunities – and the neighbours can’t always help.”

Epworth is a community where the majority of people are in debt, more than 48 percent of households are food insecure, and almost a third of all children are stunted as a result of poor nutrition, according to an urban vulnerability survey by the government and aid agencies last year seen by TNH.

All good reasons why it was chosen to pilot an Urban Food Security and Resilience Cash Transfer initiative in June that reaches 19,000 of Epworth’s most vulnerable people. The scheme, run by the World Food Programme and DanChurchAid, provides the equivalent of $9 for each family member a month, sent via a mobile money platform.

For Ruth, it means a little less dependence on her husband, who she is not entirely sure will stick around.

“Now, it’s better,” she said. “Before, I couldn’t afford to buy a full container of maize meal or even cooking oil.”

Ruth is pretty certain her husband is cheating on her. He stays for a week in their one-room home and then is gone for a few days. To where, she doesn’t know. But when he comes back he’s wearing a different set of clothes.

She has been careful not to ask him about it. He has found work as a casual farm labourer on land close to the airport, and the little money he brings home is just about enough to keep Ruth and the children fed.

“Seeing as he provides food for the kids, I just put up with it,” she said.

But there’s also the rent to pay, and the landlord in the past has publicly embarrassed Ruth, scolding her when it’s overdue. There’s also the school, which has threatened to send her children home over unpaid fees.

It’s a daily struggle, one in which Ruth is far from alone.

Humanitarians tend to steer away from urban interventions. There is a perception that poverty is less pernicious, that people have a wider range of employment opportunities unavailable to the rural poor – even though informal sector incomes often fluctuate, living costs are higher, and social support networks generally looser.

There are also a number of technical headaches in implementation. The high mobility of people, the lack of ID documents, and weaker community ties make targeting those genuinely in need, monitoring them, and communicating with them, tricky.

“There are multiple layers to urban poverty – it includes health, sanitation, unemployment.”

But the drawbacks are dwarfed by the current needs in Zimbabwe. Last year’s urban assessment found that out of 11,000 households surveyed, 77 percent could not meet their food requirements.

The WFP estimates that, in total, 2.2 million urban Zimbabweans are in need of food assistance.

In Epworth, it was the community that helped identify those in need, reinforced by the more objective criteria of a “vulnerability matrix” – although the qualification requirement of a phone and national ID meant the absolute poorest were excluded.

Community consensus did help ease tensions over who was selected for aid, with single parent households, the elderly, and the disabled all accepted as priority cases, Chido Marimira of DanChurchAid told TNH.

“Initially, there was a bit of jealousy,” said Ruth. “But people realised that the survey decided who was on [the list].”

The register came under government scrutiny when Epworth residents led nationwide protests at the beginning of last year over a sudden 150 percent hike in the fuel price. The three days of unrest left 17 people dead when the security forces responded with live ammunition.

“The government is super-sensitive, as urban areas are opposition strongholds,” said an aid official who asked not to be named. “In Epworth [as a result of the protests], the government double-checked the beneficiaries to make sure they were genuine [and not linked to the opposition].”

Beatrice Katumba, 65, is unmistakably one of those in need. A widow, she came to Epworth nine years ago to nurse her HIV-positive son, and after his death stayed to care for his child and four other grandchildren.

She has a heart condition and is too old to find work, so the family can afford to eat only twice a day – the main meal just vegetables and maize porridge. Adding to their problems, the septic tank next to their home is overflowing and she can’t get the local Epworth authorities to fix it, so the children are regularly sick with stomach problems. 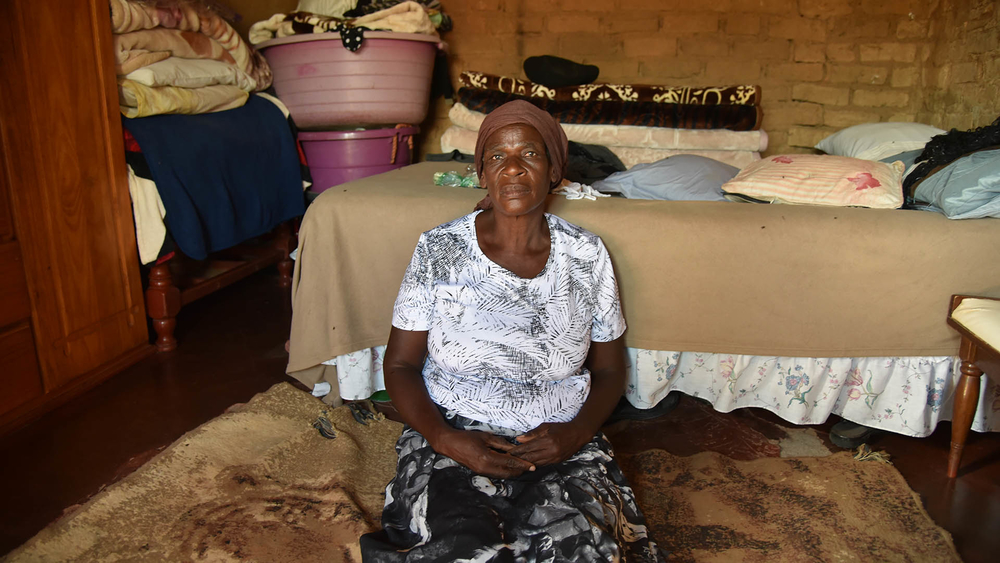 Obi Anyadike/TNH
Beatrice Katumba in her one-room home. Katumba, 65, has a heart condition and is too old to find work. She looks after five of her grandchildren after her son died of HIV, but they can only afford to eat twice a day: vegetables and maize porridge.

“The [cash transfer] assistance came at just the right time,” she told TNH. Katumba had been considering heading back to her rural home in Mhondoro, 110 kilometres south of Harare, where rent, water, and wood fuel would at least be free – although growing enough food and keeping the children in school would have been a challenge.

The households on the cash programme are paid in US dollars into a foreign currency digital wallet on their phones. They then convert that cash into digital Zimbabwe dollars through a bureau de change function offered by the service provider.

That was a requirement forced on the programme when the government banned the use of the US dollar as legal tender, a sudden policy change that temporarily halted the initiative.

There is a further complication. “The shops in the informal settlements are small to medium scale – they prefer cash,” explained Marimira of DanChurchAid. Shop-owners charge a premium of at least 25 percent to convert the electronic payments, and for some demand-heavy commodities like maize meal it can be as high as 40 percent.

That penalty hurts when “every cent is critical, every cent counts”, acknowledged Marimira. But she insisted it had not torpedoed the overall success of the programme. 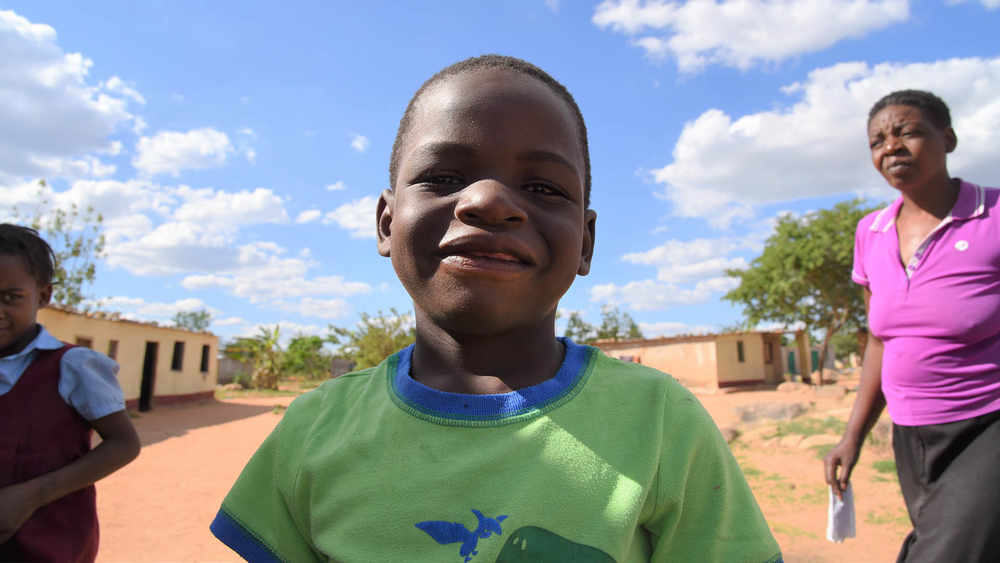 Obi Anyadike/TNH
Katumba's grandchildren keep getting sick as a result of an overflowing septic tank.

“There is a strong voice from the community that this is helping them meet their daily household food requirements,” said Marimira. “Food consumption is increasing, dietary diversity is increasing.”

Epworth has been a “proof of concept”. It will be expanded this year to eight other urban locations, reaching 100,000 people with funds provided by the UK’s aid arm DFID, but WFP is looking for financing to double those beneficiaries to 200,000.

(*Ruth’s real name has been changed to protect her identity.)