A group of Eritreans lines up outside a small, green army tent surrounded by yellow scrubland at the top of a ridge marking the Ethiopia-Eritrea border.

After having their details jotted down by bored-looking Eritrean soldiers they get back into the white minibus taking them from the city of Mekelle in Ethiopia’s Tigray region to the Eritrean capital, Asmara. As they set off, another minibus passes them going the other way.

A short time ago, such scenes were unthinkable.

After being sealed for 20 years – following growing tensions at the end of the 1990s and then a two-year war – the border between Ethiopia and Eritrea finally re-opened in September.

To escape the realities of life under President Isaias Afwerki – enforced military conscription, indefinite national service, lack of freedom of speech and movement, and the potential for imprisonment for opposing the regime – Eritreans used to have to risk everything, including a border patrolled by guards with a shoot-to-kill policy.

With the historic peace agreement signed in July, they can now cross without a passport or permit, and they don’t even have to confirm if or when they will return.

This lack of restrictions is being embraced by people on both sides, but the sudden freedom of movement has also seen a surge in asylum seekers crossing in search of new lives, placing an additional burden on Ethiopia’s Tigray region and beyond.

While arrivals have since stabilised, the unrestricted opening of the border initially led to a fourfold daily increase in Eritreans crossing and applying for refugee status. There are now around 175,000 Eritrean refugees in Ethiopia.

Despite this, the Ethiopian government appears to be sticking with its open-door policy for refugees – although there are fears it could change its mind and close the border again if it struggles to cope with the influx.

“Ethiopia is a signatory to the Geneva Convention on refugees, so for now there is no change in their refugee status,” said Tekie Gebreyesas, regional coordinator in Tigray for the Ethiopian government's Administration for Refugee and Returnee Affairs, known as ARRA.

“The relationship between the two countries has improved, but the internal situation in Eritrea is still the same,” Tekie explained.

More than 15,000 Eritreans have crossed since the September border opening, according to local Ethiopian authorities. Most have claimed refugee status: around 10,000 by the middle of October, according to UNHCR, the UN’s refugee agency.

Ethiopia was already hosting just over 900,000 refugees from various countries, of whom Eritreans are the third largest group.

The Ethiopian government also has just under three million internally displaced persons to contend with – a number that has swollen this year due to unrest in its eastern Somali region as well as in the Guji and West Gedeo zones.

Previous rises in numbers of Eritrean refugees coming into Ethiopia occurred between 2004 and 2014 as the Isaias regime hardened and became more oppressive, while UN sanctions against Eritrea – lifted on Wednesday – came into effect in 2009 and made life harder for ordinary Eritreans, spurring even more to try and leave.

The drop-off from 2014 may be partly down to the EU launching the Khartoum Process, which essentially gave money to Eritrea’s government to help stem migration into Europe.

“There’s no way I’m going back”

Since the border opening, buses have reportedly been sweeping in to the small Ethiopian border town of Zalambessa, just beyond the Eritrean checkpoint, to collect hundreds of Eritrean asylum seekers who muster there over the course of a few days.

In Mekelle, first stop for many en route to the Ethiopian capital, Addis Ababa, or other urban centres, IRIN found Yohannes* relaxing with some Eritrean friends.

“There’s no way I am going back to Eritrea,” he said. “I didn’t want to fight. We are the same people. But I had no choice than to fight for my country. If you refused to fight, the government could arrest your family.”

Yohannes and his friends said they planned to make a living in Ethiopia, and if that didn’t work out they would move to another country.

For some Eritreans, crossing the border is the start of a journey that will take them to the Mediterranean via Sudan and then onto Libya, and the dream of Europe. 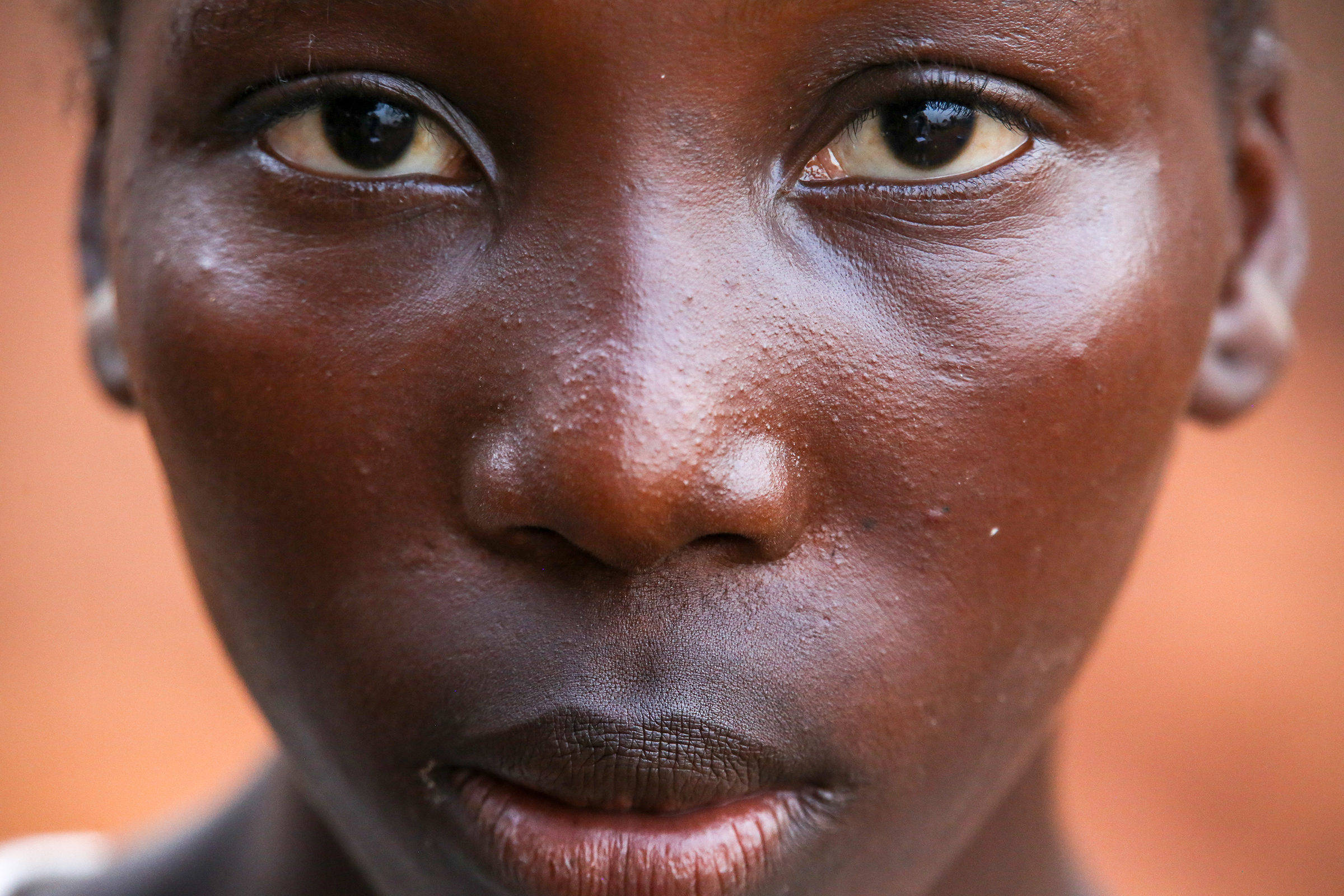 But many, like Yohannes and his friends, first try to settle in Ethiopia.

After being registered close to the point of arrival, they are supposed to reside in camps unless they have an exemption. But the majority of Eritrean refugees soon move outside the camps and head to the cities in search of work – they make up 79 percent of the urban refugee population in Addis Ababa, where whole residential areas in the city have a notably Eritrean feel.

“A key challenge to providing protection and assistance to Eritrean refugees is the high number of persons leaving the camps to pursue onward movements,” notes UNHCR’s most recent Ethiopia response plan.

“In 2016, approximately 80 percent of the Eritrean refugees left the camps in Tigray within the first 12 months after arriving in Ethiopia,” it said. “Motivated by the desire to access better educational services, reunite with relatives abroad, and earn an income to support their families in Eritrea, many children and young adults consider that their sole option is to reach Europe.”

Ethiopia has committed itself to the Comprehensive Refugee Response Framework, or CRRF, which came from the 2016 New York Declaration for Refugees and Migrants and involves affording refugees more opportunities to leave camps and better access to jobs and education.

How strong that commitment will remain in light of recent events remains an open question.

“The CRRF was a natural fit in Tigray,” said the head of programmes with a foreign refugee organisation based in Addis Ababa, who wished to remain anonymous due to the sensitive nature of the issue. “But now that the situation has changed significantly no one knows if and how the government might rethink its policy to Eritrean refugees. Will they be awarded the same privileges accorded to refugees through the CRRF?”

Eritreans used to sneak across the border in search of asylum or a better life. Now, they travel for a variety of reasons. Some are even going the other way too.

“I went from Addis Ababa to Asmara after the border opened to see my father for the first time in 26 years – he died 10 days after I arrived,” said Senait*, one of the Eritreans lined up outside the army tent on the border.

Senait moved to the Ethiopian capital after marrying an Ethiopian but wasn’t able to visit her family after war broke out in 1998, and the borders closed. She’s now taking her uncle back to Asmara to live with relatives, but plans to return to her family in Addis Ababa after the visit.

Many Eritreans are also crossing the border to reunite with family members not seen for decades. Others simply go to shop, or to enjoy the more vibrant social life before returning to Eritrea of their own accord.

“We’ve been here two weeks seeing our families and will head back to Asmara in three days,” said 24-year-old Qemer, speaking in Mekelle alongside her sister and another friend who was visiting long-separated family members. “We were small children when we last saw them properly, though we stayed in touch via Facebook.”

Hotels in Mekelle that used to struggle for business are now fully booked. Tired-looking cars with the distinctive Eritrean registration plate beginning ER1 are parked all over the city and can be seen with the minibuses shooting along the road between Asmara and Mekelle.

Once known for hosting convoys of camels carrying salt from the Danakil desert, Mekelle’s bustling market is seeing a booming trade in cereals, construction materials, and petrol.

“In Eritrea they are limited to how much they can take out of the bank each month, but here they can get money sent by relatives abroad,” explained Teberhe, a Mekelle businesswoman who runs clothing and cosmetic shops and a khat house. “They are taking back construction materials in case building restrictions are reduced at home.”

Doubts remain over the peace deal and over Ethiopia’s capacity to take in so many new refugees, but for now there is genuine joy among ordinary Eritreans and Ethiopians, especially Tigrayans, about reuniting and having a chance to finally reconcile.

“I am really looking forward to visiting Asmara. We belong together. I have family there too,” Teberhe said. “I don’t think there is any way back now for the Eritrean government; Eritreans are experiencing freedom, socialising, and business – the genie is out of the bottle.”