If you’re a migrant who has made your way into Libya, chances are you’ve met a Tebu. Nearly all the smugglers plying the busiest migration route from Agadez in Niger to the outskirts of the Libyan people smuggling hub of Sebha belong to this indigenous Saharan ethnic group, which since 2011 has become one of Libya’s most marginalised minorities.

Although increasingly ashamed of the role their young men now play in illegal immigration and desperate to improve their situation, community leaders insist people smuggling will not stop unless there is significant local and regional development to help improve the dire economic situation in southern Libya and offer other opportunities.

“Given that the bulk of illegal immigrants are being brought in by Tebu people smugglers, if Italy and the EU really want to reduce the flow, they must tackle the roots of the problem and work closely with municipalities in the south, where the influx of migrants arrive at the border,” said Libyan journalist Jamal Adel, who is Tebu.

At Libya’s unchecked southern borders, a key to easing the migration crisis

“Municipalities in the south can make real changes on the ground if they are sufficiently assisted, including supporting border guards with logistics and training and improving opportunities for young people,” Adel said. “With the deteriorating economic situation, for too many young unemployed Tebu, human trafficking has become the only way to make a living.”

A senior Tebu figure in the southern Libyan town of Murzuq – on the main route from the Niger border crossing at Tummo to Sebha – Mohamed Ibrahim, described most smugglers as intelligent and resourceful people, including many undergraduates forced to abandon their studies. 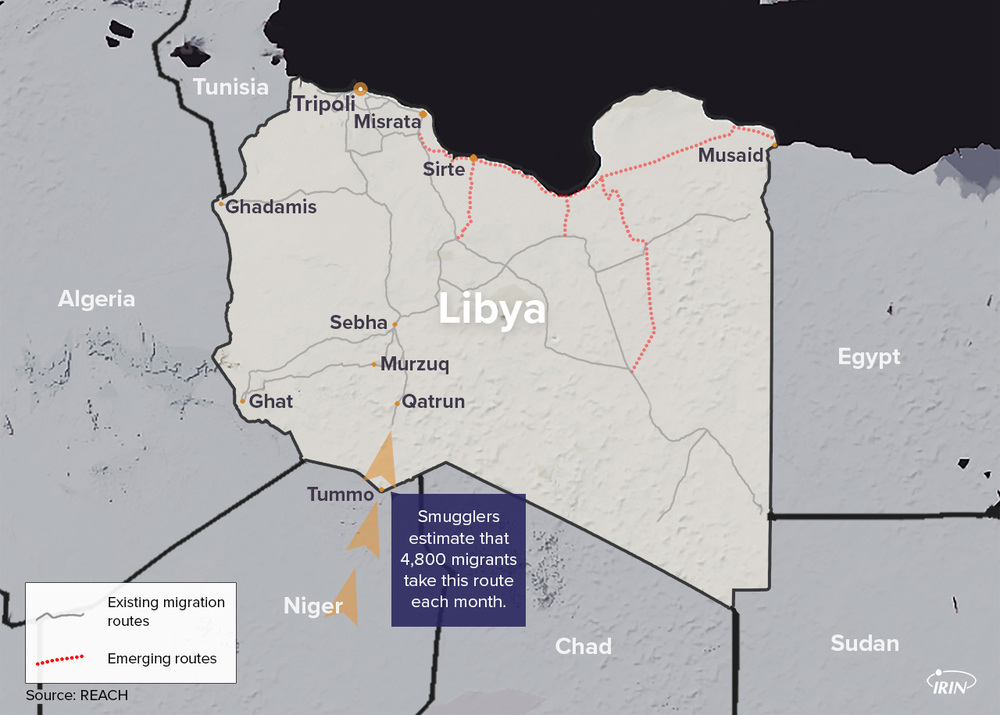 “No one wants to be a people smuggler, so a real and straightforward solution to illegal migration through Libya would be to provide funds for local development and offer alternative and sustainable opportunities to the smugglers themselves,” he said.

“The international community needs to actually talk to these guys. If they want to study, help them access universities; if they want scholarships to study abroad, facilitate that; if they want to start a local business, offer funds and support, first making them sign contracts to renounce smuggling.”

Ibrahim said this was something that could be done remotely through civil society organisations, if security concerns prevented the EU and the UN from working in Libya’s south. He estimated the costs of providing all Tebu people smugglers with their desired alternatives would be a fraction of the millions the EU and UN continue to plough into deportations, evacuations, and funding governments in Niger or Libya, which, he said, were largely powerless to control the vast Sahara desert.

“If there were sustainable options and opportunities on the ground for these guys, I’m confident this smuggling door could be permanently closed,” he said. However, similar schemes in Niger’s smuggling hub of Agadez have had only limited success.

Nori and Ahmed, two Tebu smugglers working the Niger-Sebhu route, both told IRIN they dream of travelling abroad and studying in a safe and peaceful environment – an aspiration ironically shared by many of those they are illegally transporting into Libya – and would welcome opportunities and support to pursue new careers.

“Talking to the Tebu is the real key to stopping illegal immigration into Libya,” said Ibrahim, noting that any dialogue should include all aspects of society, not only smugglers.

Basic security at the Tummo border crossing point and checkpoints along the road to Sebha – all easily avoided by smugglers – is provided by volunteer Tebu militias from some of Libya’s remotest desert towns. They say they haven’t received support from any of Libya’s competing governments for years.

With no funding, few weapons, little fuel, and only a handful of battered vehicles, older and less powerful than those used by the smugglers, the volunteers are unable to attempt anti-immigration operations or undertake desert patrols. And, with no functioning detention centres anywhere in southern Libya, if they do stop smugglers, they can only order them back to Niger, from where the Toyotas can merely re-enter Libya via a different route. 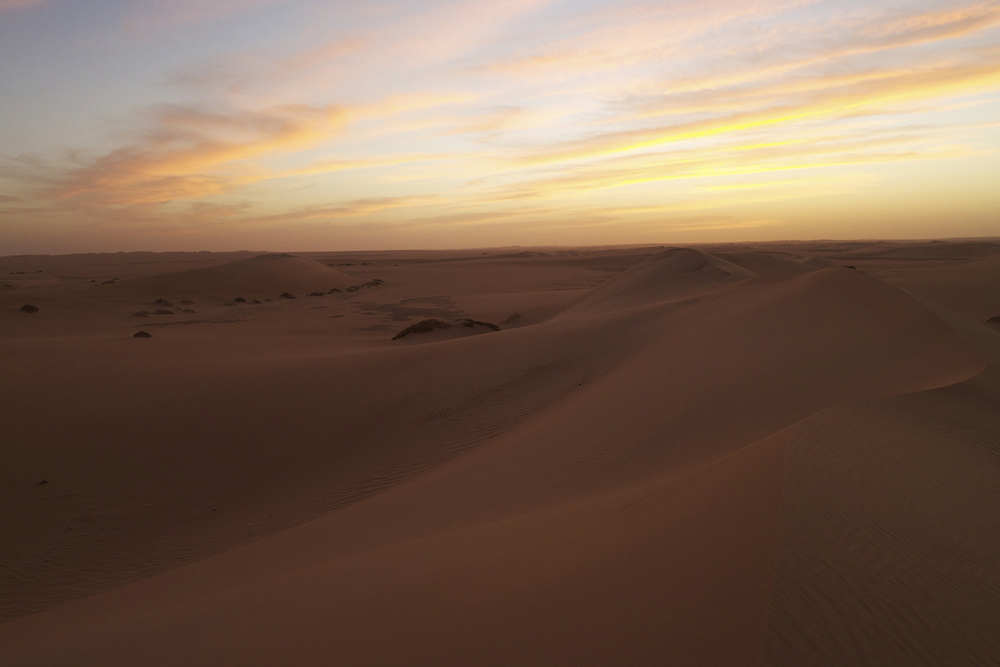 “Since the revolution, not one person from any government has been here, even though we are trying to protect our people and our land,” Tebu checkpoint commander Agi Lundi told IRIN during a visit to the south in 2015. “1,900 kilometres of desert border is manned by volunteers who don’t have vehicles, weapons, or even petrol.”

He showed folders of immaculately kept records of desert deportations run between 2011 and 2013, explaining how these ceased after his militia stopped being reimbursed by the Libyan government for vehicle rental and petrol costs.

At the Tummo border crossing in 2015, Commander Salah Galmah Saleh admitted that, with no government support, his forces were so powerless, smugglers could easily cross into Libya. He said they were waiting for the then nascent UN-backed Government of National Accord (GNA) to take full control. Three years later, the GNA still has little control beyond the capital.

Several local sources confirmed to IRIN that the situation remains the same now as it was in 2015: border guards still go unpaid, and their sole support is basic supplies provided by the local council and “gifts” of fuel from goods’ smugglers.