Read about what we achieved.
ANKARA

The Turkish government is forging ahead with plans to close refugee-only schools by the end of this year, moving hundreds of thousands of mainly Syrian children away from Arabic-language centres and into the Turkish-language public education system.

It won’t be easy. Classroom space is limited, communal tensions run high, and some cash-strapped Syrian families depend on the money their children earn outside school.

Turkey’s bid to integrate the children into its own education system, which began in 2016, is being keenly watched by policy makers as it could provide lessons for refugee-hosting nations worldwide.

Roughly one third of the 3.5 million Syrians in the country are minors, and the Ministry of National Education estimates only 37.5 percent of them are in the public school system. The rest are either in religious schools, not enrolled at all, or in what are called Temporary Education Centres, where they study under an accredited Arabic-language curriculum.

Initially established in camps along the Syrian border, the centres spread to cities as refugees moved throughout the country. For seven years they have provided Syrian children with an education in their mother tongue, but they’ve also created a parallel system that critics say slows integration and hurts job prospects.

Among the children who have already made the switch are Aleppo native Zubeyde Alahmad’s two elder daughters, Esra, 12, and Judi, 10.

The family moved to Ankara in 2013. The eldest girls initially studied in the Arabic-language centres, but recently transferred to Turkish public schools. Their little sister, seven-year-old Zehra, began her primary schooling last year, also in the Turkish system.

“I work hard to keep them in school because I feel sorry for myself,” Zubeyde Alahmad, who is 39 years old, told IRIN. “My family was poor when I was growing up in Syria so I only studied until the sixth grade (11-12 years old). I didn’t have a good education and don’t want the same for my children.”

Esra and Zehra both aspire to work as teachers, while Judi hopes to become a police officer. In an interview, the girls said they enjoyed going to public schools and had made several Turkish friends as they picked up the Turkish language. 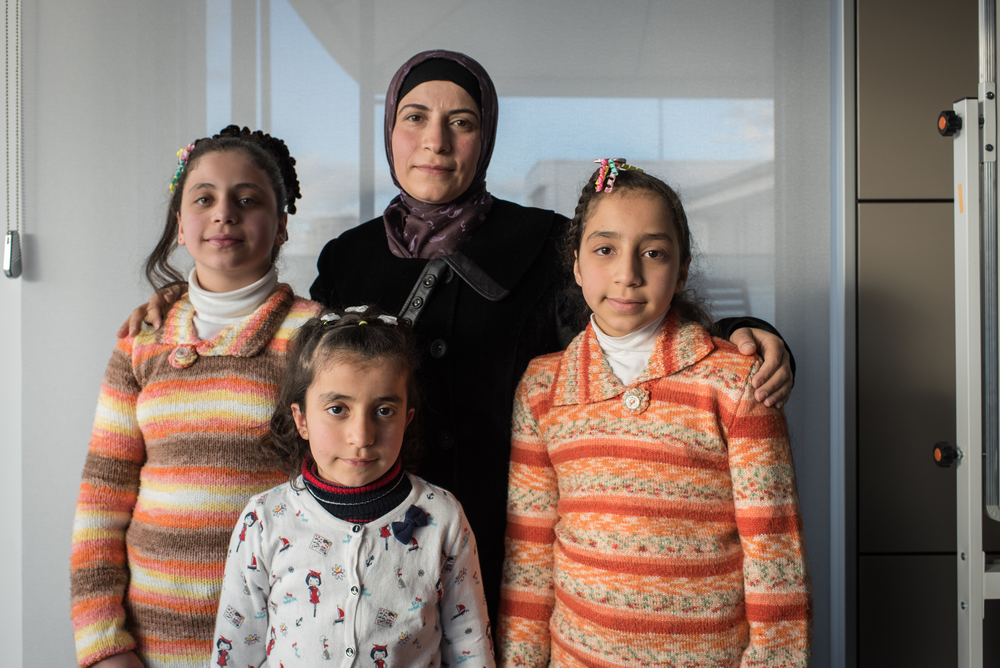 But their relatively easy adjustment is the exception, rather than the rule.

During their first year in Turkey, no one went to school. Her three eldest children, all daughters, then spent one year in an Arabic-language centre before the transportation costs became too high and they had to be pulled out.

In September 2017, with the help of the EU-funded Conditional Cash Transfer for Education (CCTE), which provides financial incentives to encourage refugee children to attend school regularly, they re-enrolled, this time at a Turkish public school. Sayyid, the nine-year-old boy, started with them.

The children were placed according to their age, not ability, even though some had attended little to no school and couldn’t effectively read, write, or even understand Turkish.

The eldest daughter, in particular, is struggling. During an interview with her mother at home, Fatma was there, skipping school. Fatma said her science teacher doesn’t let her attend class if she doesn’t do her homework, and she ends up having to stand outside the classroom by a garbage can. Consequently, she only attends school three days a week, the non-science days.

“When they assign homework, the teacher writes it on the board and I don’t understand it,” she explained. Her younger siblings were faring better, as they had less homework and were finding it easier to catch up with the language.

But their mother isn’t happy they aren’t studying in Arabic, which she regards as their own language. She said she was prepared to pay additional fees to transport them to the Arabic-language centre even though the Turkish public school is nearby and they can walk there in 10 minutes. 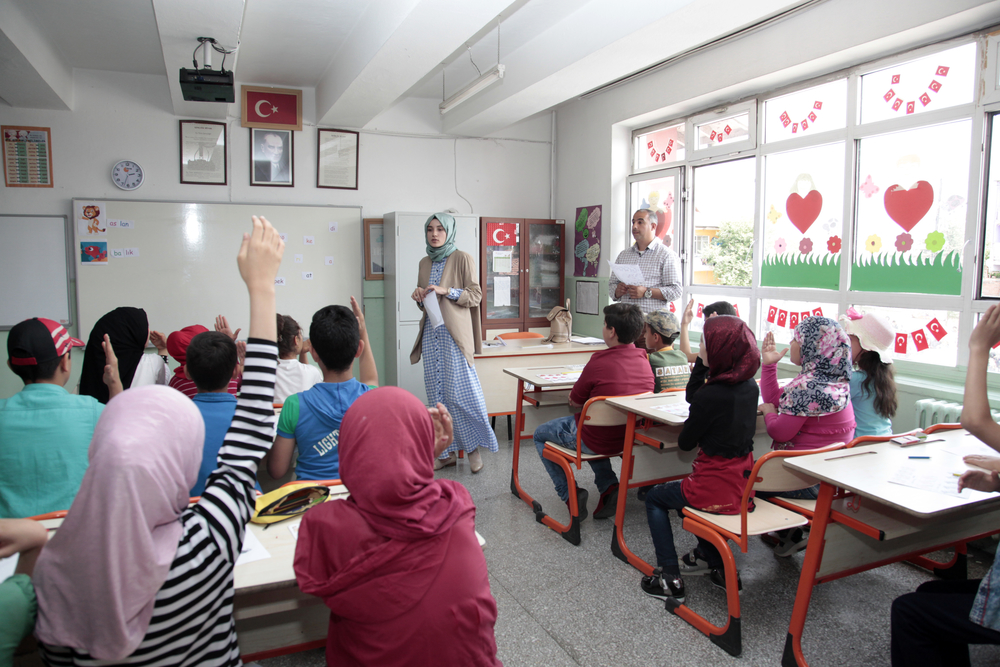 Growing tension between the local Turkish and Syrian refugee communities is also an obstacle – a problem likely to be exacerbated by increasing calls by Turkish politicians for Syrians to return home.

Many Syrian parents say Turkish classmates and teachers discriminate against their children.

“The school is good, but sometimes you have teachers that don’t like Syrians,” Fatma said. Her daughter went further, saying: “They insult Syrians a lot in the school. They say Syrians are not clean, Syrians are dirty.”

As part of a recent study he co-authored, the International Crisis Group’s Berkay Mandiraci interviewed Turkish parents who told him Syrian children spread disease, cause trouble, or bully their children. Fatma said her science teacher treated her like she was a “virus”.

Mandiraci worried that if Arabic-language schools are phased out, many Syrian children might not enrol in public schools if they feel unwelcome, leaving higher numbers with no education.

Accommodating this large influx is also an issue, however.

“Now that Syrians are being integrated into public schools or have to be integrated, there are increasing capacity issues, both in terms of physical space and educational staff, that are aggravating host community grievances,” Mandiraci explained.

In order to ease tensions and reduce dropout rates, he proposed re-employing the 12,000 Arabic-language teachers who will lose their jobs as “intercultural mediators” in the public schools.

He cited successful models in Spain and Poland and said the Syrian teachers could help smooth the transition process by addressing integration issues and facilitating communication channels.

For some refugee families, financial barriers are more difficult to overcome than either language or culture.

Despite a government programme that promised work permits for Syrians, many still work informally for low wages (local Turks fear the refugees are undercutting wages). This means many families are unable to afford school supplies or transportation costs for their children, and others are dependent on the extra cash brought in by putting their children to work.

That’s where EU education subsidies come in. Launched in May 2017, the EU programme awards the families of students who regularly attend school bi-monthly cash payments of 35-60 Turkish liras (about €7.50-13). It is based on age and gender (female high school students receiving the highest rates) – a difference described as “positive discrimination” to keep girls in school.

For Jane Lewis, who heads the Ankara office of the EU’s emergency aid department, relieving financial pressure on families can keep children out of potentially unsafe labour. “The best way to protect a kid is to put them in school,” she said.

Child labour, for those under 15, is illegal in Turkey. However, many employers flout the law, especially in the textile or agricultural industries, where refugee children earn paltry pay as cutters or as harvest workers.

As of February 2018, payments had been distributed to the families of 266,513 refugee children, up from 167,442 in November 2017. The EU subsidies are only supposed to be paid to those with an 80 percent attendance record, but Fatma and her daughter said “no one asks” about attendance. 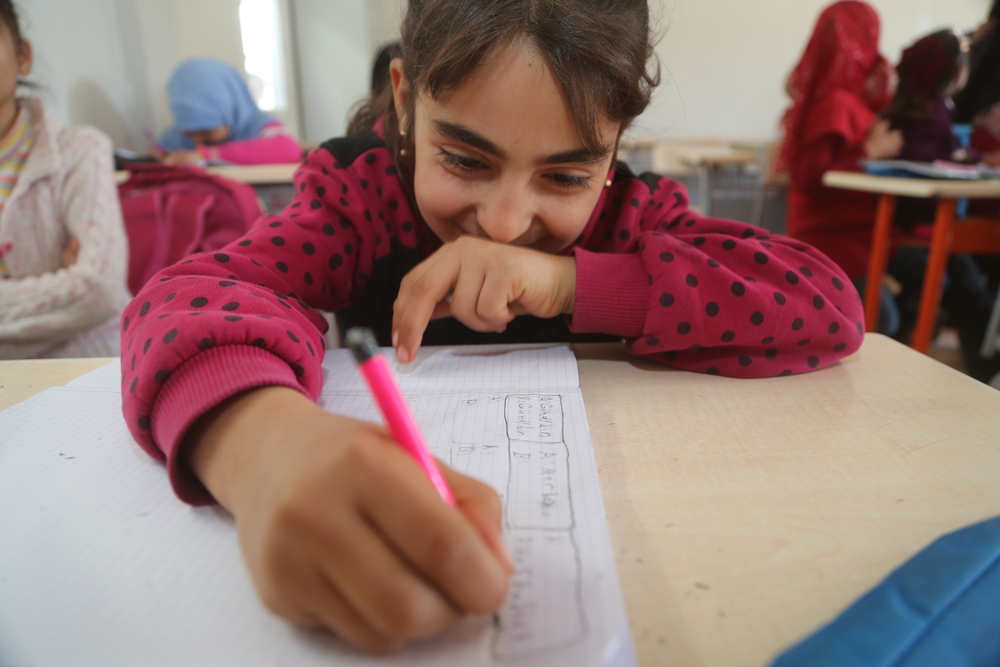 As the Arabic-language schools are phased out, public school enrolment is increasing among Syrian children, with about 25 percent more refugees attending regular classes in the 2017-2018 school year in comparison to the 2016-2017 term. But it’s not clear how much of this is due to the success of the reforms or down to other factors, like demographics.

Turkey says it is using donor money to build and equip 150 new schools and 60 more prefabricated ones, but even with these new spots there won’t be enough spaces for Syrian children if and when the refugee-only schools finally close. 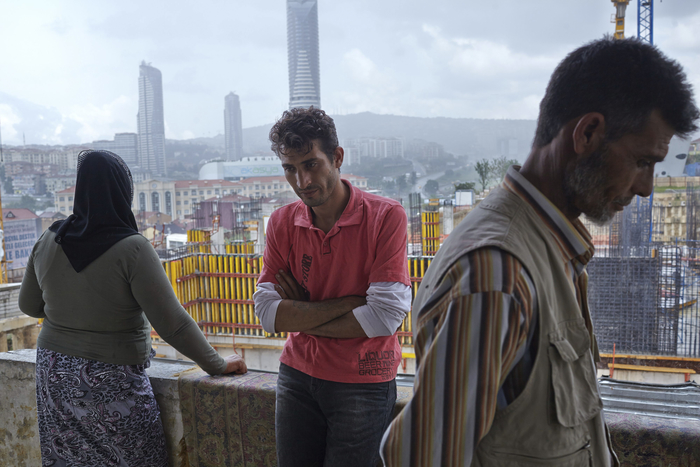 The Ministry of National Education’s solution so far has been to funnel Syrian students into “imam-hatip” schools, where religious texts are taught alongside other subjects.

President Recep Tayyip Erdogan has pursued a policy of opening thousands of imam-hatip schools across the country, making them well placed to take on children who may otherwise receive no schooling at all.

But Omar Kadkoy, a refugee integration researcher at Ankara-based think tank TEPAV, said enrolment at imam-hatips is declining because graduates tend to score lower on university placement exams than those in other schools.

“[The situation in Turkey] is unprecedented, yes, but the problem is we’re late,” said Kadkoy. “The longer the programmes are delayed, the longer the students will stay behind. They are the victims of both war and the lack of policy to properly integrate them into the public schools.”

Not all the refugees agree. Fatma, for example, doesn’t think integration is the answer for her family.

“In the Turkish school, it’s not working,” she said. “We’ll finish this year, and then we’ll see. Probably the two younger ones will go back to the Syrian school.

“In the end, we are all going to go back to Syria,” she explained. “Maybe not now. Maybe in two, three, five years, but then we will go back.”