This article is part of our in-depth coverage. Read more like this...
FALLUJAH

Midday in Fallujah and the searing sun beats down on the dust-caked roads. The salmon-hued General Hospital towers prominently over the city: ground zero for a rebuilding and reconciliation process that holds vital clues about Iraq’s ability to move on from so-called Islamic State.

What was once a fully functioning medical facility that served 400,000 local people has yet to recover from two and a half years of war and IS rule.

A main entrance is covered in soot and peppered with bullet holes. On the first floor, a pungent smell emanates from the depths of a charred, darkened corridor that leads to what was the emergency wing.

The authorities have yet to inspect that part of the building, even though it’s been more than 15 months since IS was driven from the city. “It could be sewage,” offers a member of staff, “or dead [IS] bodies”. 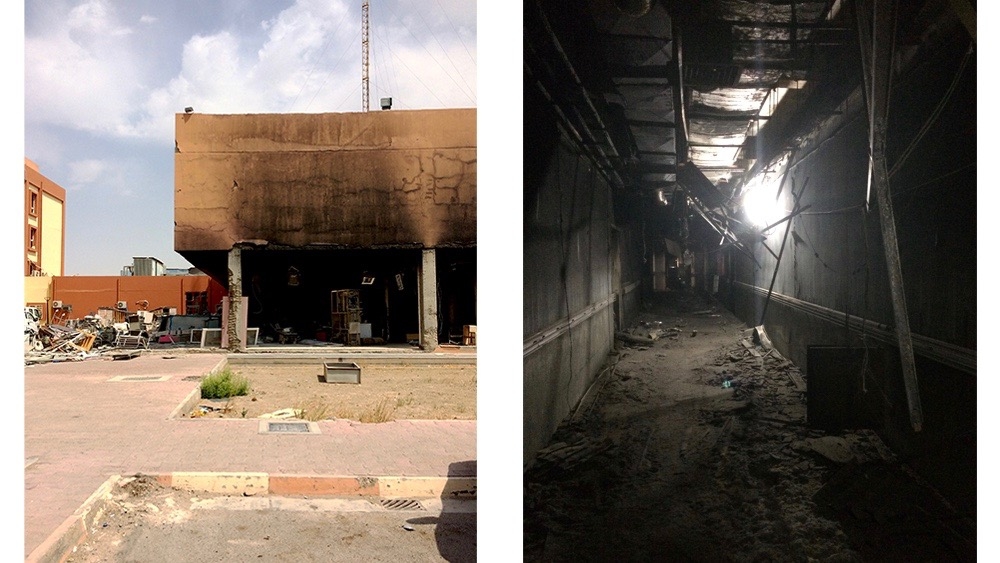 Fallujah became the first major Iraqi city to fall to Abu Bakr al-Baghdadi and his army in January 2014. IS used part of the hospital to treat fighters. Their clothes and belongings are still strewn over the floors.

Some staff said fleeing fighters set the first floor alight in an attempt to destroy incriminating evidence. Others faulted the extent of the general destruction on frequent shelling by the Iraqi army as they surrounded the city. Fingers were also pointed at Shia militias allied with the army after liberation in June 2016.

Wherever the blame lies, entire blocks of Fallujah are still covered in rubble. Charred buildings and crumpled cars are a frequent sight and dilapidated mosques have been temporarily shut down.

As a majority-Sunni city in a country where the central government is dominated by Shia Muslims, what happens next in Fallujah really matters. Its population has been seen as supportive of al-Qaeda and, in turn, IS. If Iraq hopes to move forward, this is where change must come.

On the surface, Fallujah looks like other former ghost towns clawing their way out of post-IS disarray – alive with myriad rehabilitation projects led primarily by the UN and local partners.

Businesses are cropping up – ice cream shops, a vegetable stall laden with produce, a Friday bazaar – but most people don’t have much to spend. At his family gold shop, 34-year-old Ali Nouri said trade was slow: his only clients were couples looking for wedding rings.

“If anyone has any money, they'll use it to fix their home," he explained, in front of a stall of shining, unsold rings and necklaces. 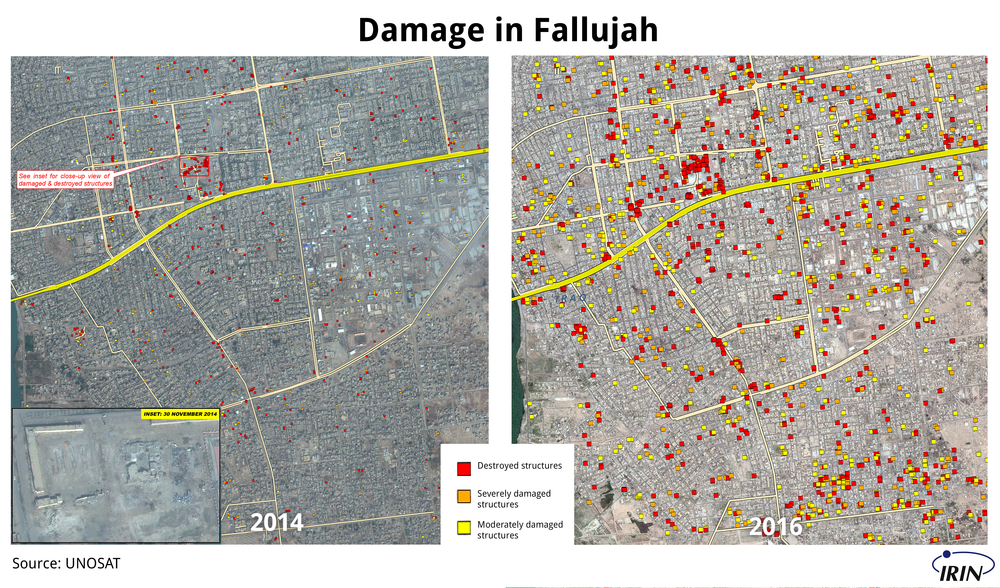 There are 42,000 homes in the city and the UN is looking to repair 21,500 that were partially damaged – other aid organisations are aiming to fix up another 600. According to one local NGO, almost 2,000 homes were completely destroyed here between 2014 and 2016 – as yet aid agencies do not have plans to rebuild these houses.

The sewage system and the water supply have been restored and both the central government and the UN say the vast majority of the population has safe water again – although you could never drink it from the taps. The electricity grid is only operating at half capacity. Many households are still forced to use private generators.

The process of getting basic infrastructure going has been slow, in part because the city first had to be cleared of mines and other explosive remnants of war.

But some locals say Prime Minister Haider al-Abadi’s Shia-dominated government is neglecting Fallujah by design. It’s no secret IS found a welcome in pockets of the city, and Sunnis across Anbar Province accuse Baghdad of ignoring liberated areas exactly for this reason.

“All these [reconstruction] projects haven’t even covered 30 percent of what Fallujah needs,” Karim Aftan, a wealthy city resident and former Iraqi minister of electricity accused of corruption by the present government, told IRIN. “The government is not interested in Fallujah.”

The home of Abu Hamed*, an elderly colonel, was left practically empty other than a few items he was able to bring back to Fallujah from the north, where he and his family were displaced for three years. His home was looted while they were gone. “The government has done nothing to reconstruct,” he said. “On the contrary, if they can destroy more, they will.”

Ali Hamad, a 35-year-old Imam whose mosque was partly destroyed by what he claimed were government-backed Shia forces, agreed: “So far there’s been no money; the government hasn’t given us anything to rebuild houses.”

But according to UN Humanitarian Coordinator for Iraq Lise Grande, the government is playing a part in rebuilding Fallujah, including facilitating the renewal of the main hospital, where although less than 40 percent of the structure is usable, a newly refurbished area is pristine and chock full of equipment.

“[The hospital] is a good example of the kind of collaboration that has to happen to get Fallujah back on its feet," she told IRIN. “It's important that people feel that the government is there for them... The government needs to win the trust of the population. This was lost during IS' occupation. It's a race against time to win it now."

While some residents were adamant the central government was intent on crippling Fallujah for sectarian reasons, others blamed the lack of financial support on the costly war against IS, and Iraq’s flailing economy.

NGO-funded rebuilding projects mask the economic reality in the city. Fallujah’s populace is largely unemployed and has very little money: Savings were spent on fleeing IS and surviving displacement. 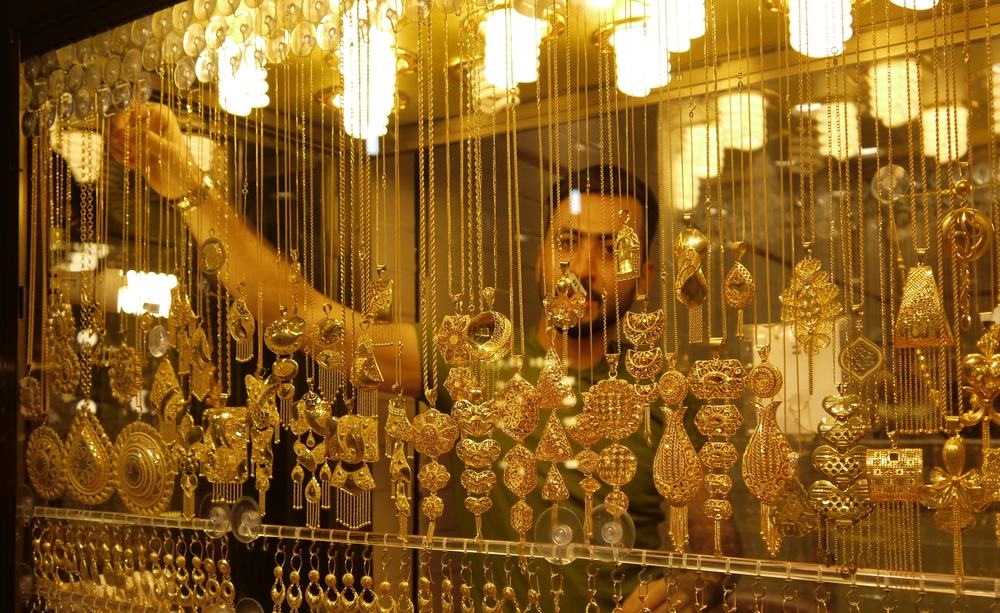 Young, educated men with university degrees like 27-year-old Moath Abdulhdi join the UN’s Cash for Work programme and sweep Fallujah’s unpaved streets for $20 a day. But with the programme set to last just six weeks, it’s unclear where the 300 men involved in the scheme will turn once it’s over.

Abdulhdi is one of four brothers, all university graduates, and all unemployed. Their situation is far from unique. Adil Khalifa, a 37-year-old father of five with a degree in accounting, has also signed up with Cash for Work. “I was forced to take this job because there is no other option,” he explained.

Peter Hawkins, UNICEF’s representative in Iraq, told IRIN that eventually investment in basic services like these needs to come “primarily from the government” and then be “only supplemented” by organisations like the UN.

Iraqi government finances are, of course, overstretched. Officials would argue that clean streets aren’t a priority, especially with the war ongoing – al-Abadi recently announced a new offensive on IS in Hawija.

Whatever slow rebirth is happening in Fallujah is largely down to UN and NGO funding. But al-Assawi suggested more could  be achieved if aid organisations stamped out graft. “Unfortunately, the corruption and the contractors have made it hard to rebuild. There is a lot of money but less reconstruction.”

One aid worker from a UN-contracted NGO told IRIN the only way to operate efficiently in Anbar Province, where Fallujah sits, is to play a part in the corruption game – paying off private companies more than the cost of projects, just to get work started.

“Unfortunately, we all have to do this,” he said, speaking on condition of anonymity. “Most projects are only at 70 percent of what they could be because the money goes into other people’s pockets.”

UNICEF spokeswoman Sharon Behn Nogueir said there should be no compromises when it comes to corruption: “It only serves to exacerbate insecurity and disillusion in a country that is already reeling from years of insecurity.”

UNICEF said it had built a number of procedural steps into its programming to avoid corruption, including audits to secure accountability and transparency.

Torhan al-Mufti, minister in Baghdad’s Higher Commission of Coordinating among Provinces, maintained that the government had zero tolerance of graft.

“The government is very serious about corruption issues,” he told IRIN in response to the allegations. “There is an investigative bureau in each ministry, a finance over-watch in each project. The government is trying to prevent it, and if there is corruption they will deal with it.”

Several Fallujah aid workers and others sources insisted that corruption was, nevertheless, commonplace.

Not everyone has been able to come back to Fallujah. Those alleged to have sympathised with or joined IS, as well as their families, languor in camps with little hope of seeing their homes anytime soon.

For both those in camps and returnees, there are challenges that go far beyond bricks and mortar: There is grave disillusionment, suspicion of Baghdad, and fear of powerful Shia forces – the same sort of grievances that have given rise to extremism in the past.

Human Rights Watch Senior Researcher on Iraq Belkis Wille stressed the importance of Baghdad’s role in putting an end to the abuses of Sunni Arabs by the state and allied Shia-majority militias.

“One [Iraqi] judge said the reason they have IS is because the Americans didn’t kill every prisoner in [Camp] Bucca,” Wille told IRIN, referring to a US-run prison that held mostly Sunni prisoners during the second Iraq War and is widely cited as the birthplace of IS. “As long as that is their mentality, we do run the risk of seeing… young men as easy recruits for extremism in future.” 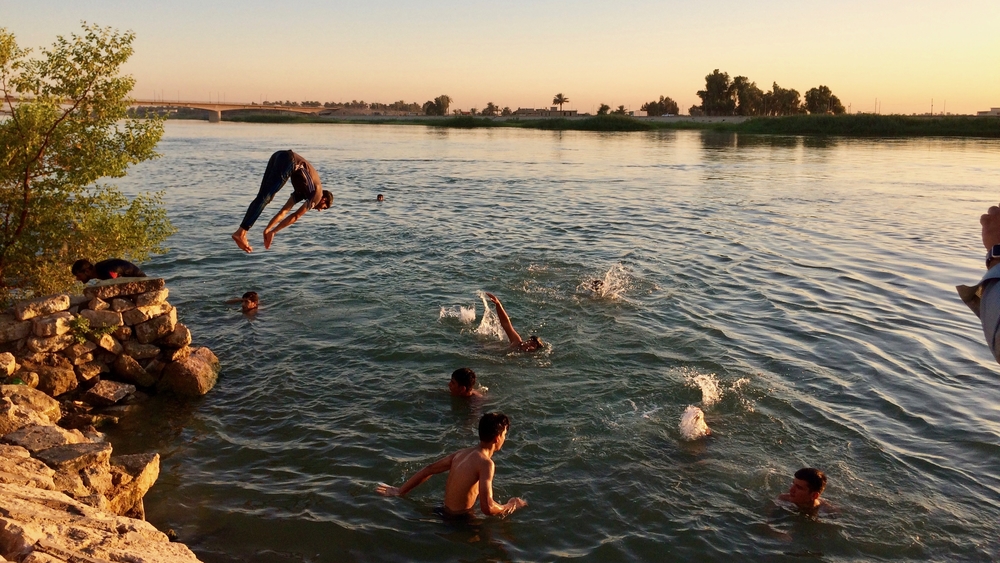 As dusk settles on Fallujah the call to prayer resonates from a partly destroyed minaret, filling the roads with its melodic chant.

A gaggle of men listen intently from the banks of the Euphrates, gazing out at the bridge where 13 years ago insurgents hanged the charred bodies of two slain American contractors.

“They say it was an Islamic State car bomb,” says 34-year-old Abu Mohammad.

But the young father-of-two doesn’t believe this theory. He blames it on the Shia militias. Next to the downed bridge, a group of young boys swing themselves into the murky waters and race each other upstream.