A year ago, opposition activist Solo Sandeng led the first march in over decade to call for free elections in Gambia. Although the demonstration was a catalyst for the ouster of autocrat Yahya Jammeh, it cost Sandeng his life.

The court case into his death has now become the first prosecution trial under Gambia’s new elected government for the human rights violations perpetrated during Jammeh’s 22-year reign.

“The Sandeng case is not only politically the match that lit the fire, it really brought home the injustices of the regime,” said Aziz Bensouda of the Gambia Bar Association. “It’s one of the cases where we have a lot more detail than in the past, and it will really set the tone [of future human rights cases].”

A key prosecution witness, Nogoi Njie, a member of Sandeng’s United Democratic Party, told IRIN how she and other UDP activists were arrested on 14 April as they marched at Westfield Junction, a busy roundabout in the centre of the sprawling market town Serrekunda.

In her living room, Njie, a matronly woman in her early 50s, said she was interrogated at the National Intelligence Agency headquarters in Banjul over her political allegiance and repeatedly beaten by masked men known as the Jungulars – Jammeh’s personal squad of soldiers who tortured and killed on his orders.

In one room, she recalled seeing a noose hanging from the ceiling, before she was ordered to undress to her underwear, her head covered in a nylon bag. “They told me if I don’t lie down they can hang me by the neck and nobody will know. They started to beat me. The blood was coming out all over my body. I almost lost my life,” she said.

Later she found herself in the same room as Sandeng. The 57-year-old was naked, his body already swollen and bleeding.

He was beaten again and fell to the floor. She recounted what she believes were his last moments alive: “He called my name ‘Nogoi, Nogoi’.” While lying on the ground, Njie said she heard him make a sound, which she re-enacted as a faint, strangled breath.

“I called his name so many times and he didn’t answer me. And I cried because I’m very sorry for that man, he’s a family man. And he’s a very strong man, and they killed him like this.” 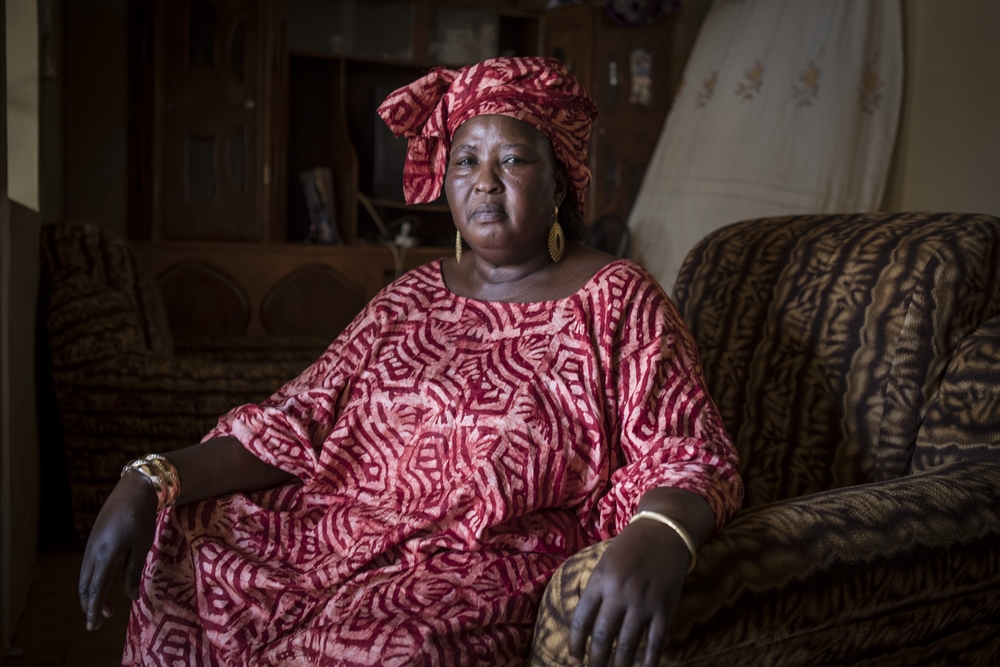 The demand for justice

Change in Gambia began when Jammeh spectacularly lost an election in December to now President Adama Barrow. But he refused to accept the result, and only stepped down after West African leaders sent in troops to force him into exile.

There is now a powerful demand for justice as the country transitions from dictatorship to democracy.

But the trial is raising some difficult questions over the direction Gambia’s quest for justice should take, and the implications for its new-found democracy.

Opinion is divided over whether criminal prosecutions should proceed before the government’s promised truth and reconciliation commission (TRC) is established. The commission’s goal is to encourage people to confess the crimes they committed, and for victims to air the injustices they suffered.

Last month, Justice Minister Ba Tambadou announced that the commission will begin hearings in September. For some critics, waiting until the TRC process begins would mean delaying the day of reckoning for those responsible for the worst abuses.

They, like journalist Alhagie Jobe, who was tortured at the NIA and imprisoned for 18 months, want to see justice delivered swiftly through the courts.

“These people are the enablers of Jammeh and contributed to the killing of not only Solo Sandeng, but many other innocent people and today their families are crying. There was no justice for the last two decades.”

But some legal experts are concerned the Sandeng case is being rushed to court without adequate planning and investigation. The risk is that defendants could be acquitted or prosecuted on a lesser charge, with implications for future human rights cases.

Sandeng’s remains have been exhumed from a hidden grave near the fishing village of Tanji. But the prosecution has requested more time to gather the evidence, while new indictments have been filed that include conspiracy. The defendants’ bail applications were refused at the last hearing and the trial continues.

“There is the urgent need to be seen to do the right thing, but urgency shouldn’t compromise standards,” said Gaye Sowe, executive director of the Institute for Democracy and Human Rights in Africa (IDHRA), based in Banjul.

“We have to be cautious. We shouldn’t allow emotions to get the better of us, because if matters aren’t handled well, the so-called perpetrators could end up becoming so-called victims,” he said.

A further concern for Sowe and other human rights experts is that a trial may not serve all victims equally. Torture, for example, is not currently criminalised under Gambian law. This could have implications for Nogoi Njie and other 14 April protesters who were tortured, and in some cases allegedly raped, Sowe noted.

Torture victim Mariama Saine, whose mother was a UDP activist, wants to see her abusers punished. She was arrested on the eve of the 1 December election and interrogated at the NIA detention site known as Bulldozer.

“They were beating me while I could hear the election results being announced on a television,” said Saine. “When Jammeh was ahead in the polls, the meanest one kicked me and said ‘Tomorrow, your head will be on a plate’. I was really scared.”

When Jammeh (temporarily) conceded defeat, she was grudgingly allowed to leave the next day. But Saine is still angry at her treatment. 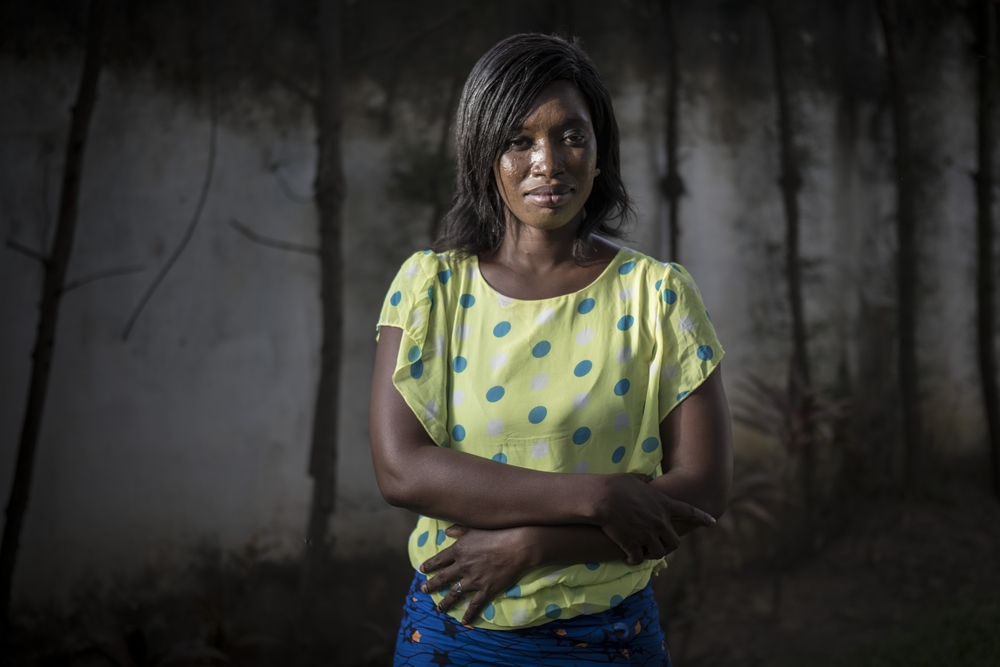 Jason Florio/IRIN
Mariama Saine - "I want to see them prosecuted"

Can the system cope?

Gambia is fast becoming a live crime scene, with more evidence of atrocities committed under the regime coming to light on a weekly basis.

But carrying out prosecutions in a piecemeal fashion through an already under-resourced criminal justice system is unsustainable, say legal and human rights experts.

“It is key that the government sells the idea of the truth and reconciliation commission to people so that they understand it is not possible for all cases to be prosecuted,” said Sowe of the IDHRA. “There may be need for reconciliation in some instances.”

Ousman Bojang, a former NIA operative who turned anti-Jammeh activist when he fled into exile in 2012, believes it is important to take into account how Jammeh’s system of abuse took place.

“Jammeh used the security services as a cover for the president’s bad activities. People were arrested, then the Jungulars would be invited to do his bidding – torturing, killing, whatever he told them.”

He claimed that even though torturing prisoners went against the NIA’s code of conduct, agents could not intervene without facing Jammeh’s wrath

The TRC process could offer a broader scope for redress, with punishments ranging from prosecution to reparations to a public apology. But the details of how it will operate have yet to be divulged.

“We don’t yet know the terms of reference – how far this process will go,” said Jeggan Grey-Johnson, a Gambian who works for the Open Society Initiative of Southern Africa.

“Most of the victims we know of are high profile cases. There may be many people who have disappeared, who have been forgotten about. And will it include violations such as land-grabbing?”

The 14 April will be a difficult day for Fatoumatta Sandeng and her family. She told IRIN that her father wanted to be “part of those people on the right side of history.”

So, on the day of the march “I didn’t stop him. I just wished him good luck and he went.”