This article is part of our in-depth coverage. Read more like this...
Part of a special project that explores the impact of climate change on the food security and livelihoods of small-scale farmers in Kenya, Nigeria, Senegal and Zimbabwe
Karoi/Zimbabwe

It was first detected in Africa barely a year ago, yet the fall armyworm, a type of caterpillar whose name derives from its tendency to maraud in vast numbers, has already infested hundreds of thousands of hectares of maize across more than a dozen countries on the continent, presenting a serious threat to food security.

Spodoptera frugiperda is a formidable foe. Pesticides only work when the larvae are very small and before they have begun to cause visible damage to the crop. After that, there are no quick fixes.

The pest can cause crop losses of more than 70 percent.

In Zimbabwe, El Niño-induced droughts left four million people needing food aid during the 2015/2016 agricultural season. This year, good rains had raised hopes of a decent harvest, but now the fall armyworm is dashing them for many farmers.

Vavariro Mashamba, 51, hoped to harvest 10 tonnes of maize from each of the 20 hectares he planted in his farm in the Karoi district, in north-central Zimbabwe. But when he started to see ragged holes on the foliage of his crop and sawdust-like frass near the whorl and upper leaves of the plants, he knew he was in trouble. His best hope now is a yield of six or seven tonnes per hectare.

“At first I thought it was the African armyworm (Spodoptera exempta) that was damaging my crops. I bought Carbaryl pesticide and sprayed on the plants. There was no change. Instead, the worms continued to multiply in my field,” Mashamba told IRIN.

Experts from the Ministry of Agriculture visited his farm, but by then it was too late to eradicate the fall armyworm (The “fall” part of the name comes from the caterpillar’s feeding habits: In its native Americas, it does most damage in late summer and early autumn – or “fall” in US English. See here for more details).

Mashamba experimented with different pesticides, but to no avail.

According to the UN’s Food and Agriculture Organization, which held an emergency meeting on the pest in Harare in February, up to 130,000 hectares of maize and corn could already be infested by fall armyworm in Zimbabwe, 90,000 in Zambia, and 50,000 in Namibia. It was first detected in Africa in Nigeria in January 2016 and its presence has also been confirmed in Botswana, Congo, Ghana, Kenya, Malawi, South Africa, Swaziland, Togo, and Uganda.

Shingirayi Nyamutukwa, acting head of plant protection at the government’s Department of Research and Specialist Services, said all of Zimbabwe’s 10 provinces had reported being affected by the caterpillar but it was difficult to ascertain the extent of the damage to yields now as crops were at varying stages of growth.

“We started receiving reports that there was a pest causing damage on crops in October last year in Matabeleland North,” said Nyamutukwa, warning that most of the country’s 1.3 million hectares of land under maize cultivation was potentially at risk.

“No information or warnings were given to notify farmers of the pest. As such, many farmers could not identify the pest and lacked the knowledge and requisite skills on how to contain the damages caused,” he told IRIN.

Noting its stubborn resistance to available control methods, FAO Sub-regional Coordinator for Southern Africa David Phiri said he was worried “the pest could be here to stay”.

“The costs and implication of such a scenario are very serious indeed, as seen in places where the pest is endemic, like in Brazil where the government incurs control costs in excess of $600 million per annum,” he warned. “The implications for livelihoods and food security are also too serious to contemplate, and assessments have to be done to ascertain the damage caused."

At the emergency meeting, the FAO advocated a countrywide response as part of a regional programme of integrated management of fall armyworm.

“Already, we are working in collaboration with other partners. We are ready to assist countries with the necessary assessment activities aimed at improving understanding on the extent and intensity of the fall armyworm threat to the region,” said Phiri. 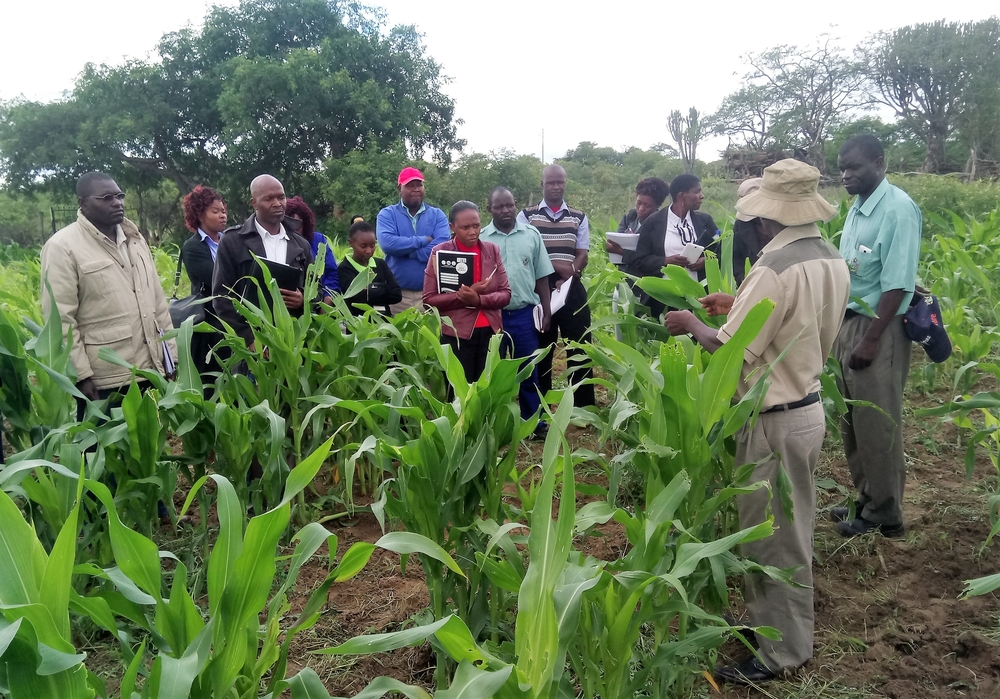 But he warned that it could take several years to develop effective methods to control the pest.

“Planting quick-maturing crop varieties and early planting may lessen infestation and damage caused by the fall armyworms,” he said. “And no single method or product has been found to completely eradicate the fall armyworm.”

Additional measures proposed at the meeting included the deployment of other insects such as lacewing, ladybirds, minute pirate bugs, parasitic wasps, and flies – all of which feed on armyworm eggs.

Nyamutukwa said farmers should treat their crops before armyworm larvae burrow deep into the whorl or enter ears of more mature plants.

If applied early enough, insecticide applications by ground rig using at least 30 gallons per acre (340 litres per hectare) and high pressure are believed to give the best results.

“It is also advisable to apply pesticides early or late in the day, because fall armyworm larvae are most active at these times,” said Nyamutukwa, adding that ministry experts who directly advise farmers, known as extension workers, were now better placed to respond to the infestation.

“So far, 479 [extension] officers and task force teams have been trained in all 10 provinces in the country and procured chemicals, which were distributed for free in all provinces for the management of the fall armyworm,” he said.

In addition, the Zimbabwean government is preparing for the winter wheat season by putting in place community-based armyworm forecasting systems and intends to put plant clinics in rural communities.

"If farmers do not control the pest and it attacks the cobs and developing grain, then farmers lose by a percentage yet to be determined because crops are still in the field. Fall armyworm infestation impacts negatively on yield, [so] a reduction in yield is a threat to food security and nutrition," he explained.

Zacariya, the director of the farmers’ union, noted how critical food security is to Zimbabwe’s rural development and the need for assistance given the armyworm invasion.

“The fall armyworm has the effect of drastically reducing the yields of rural farmers,” he said. “As such, the gap created will need to be covered through local safety nets or government and food aid agencies will have to step in with food aid programmes to avert any shortages that may rise."