People in northern Kenya’s marginalized Mandera County face a devastating loss of basic services as teachers, healthcare workers and other state employees face calls to leave in the wake of a terrorist attack which claimed 28 bus passengers.

The victims, who included 24 teachers, were shot in the head on 22 November after being made to lie on the ground. The Somali insurgent group Al Shabab said it carried out the attack.

In the aftermath of the widely condemned killings, several civil servants’ unions urged their members who are not indigenous to the larger northern Kenya region to leave until their security could be guaranteed.

“It's a painful scenario to comprehend what has constantly befallen our members. Many have undergone painful deaths. We don’t want to contemplate what will happen next to them should they continue serving there,” Wilson Sossion, secretary-general of the Kenya National Union of Teachers (KNUT), told IRIN.

“We have called for better security for our members in the past but the government has failed to provide it. Now we want all teachers to move out from insecure regions and relocate to places deemed secure.”

According to local media reports, an exodus of civil servants has already begun on roads leading south. And soon after the attack, dozens of people gathered with their suitcases at Mandera airstrip, waiting in vain for a government air lift.

Sossion said teachers had been targeted before. “We have witnessed cases where terrorists, [who] move from house to house, profile and target teachers. We want to avoid a similar thing once and for all by completely moving out from volatile regions. We are not talking of Mandera alone, but we want them [teachers] to move out from all insecure regions of the country.”

But others think this is wrong-headed.

“If you leave,” public service chief Joseph Kinyua told civil servants holed up in an army base in Mandera, “it will as appear as if we have surrendered our sovereignty to Al-Shabaab.

“Withdrawing labour will not help solve the region's security problem,” Francis Atwoli, secretary-general of the Kenyan chapter of the Central Organisation of Trade Unions told IRIN.

“We are still insisting that the government provides security to ensure the safety of our workers. It has taken [the government] a lot of effort to create employment and they should do the same to protect the jobs by beefing up security. We want a situation where workers can work in any part of the country.

“Withdrawing will mean that we are defeated and thus falling into the traps of the enemy. We cannot accept defeat and succumb to their demands. What happened is unacceptable and we condemn it.”

The northern Kenya region has historically been marginalized by successive governments, leaving access to basic social services such as education and healthcare limited. While demand for teachers stands at 20,000, there are only about 12,000 in the region, according to KNUT.

UNICEF says about 80 percent of girls in North Eastern Province are not enrolled in school.

The doctor-to-patient ratio is 1.0 to 100,000 in the larger northern Kenya region, according to Fredrick Oluga, a member of the advisory council at the Kenya Medical Practitioners, Pharmacists and Dentists Union (KMPPDU). Nationally, according to government figures, the ratio is 1.0 to 20,000. The global recommendation is one doctor for every 1,000 patients.

Indicative of the level of need in northern Kenya is the dependence on civil servants from other parts of the country.

KMPPDU’s Oluga added that there are just 41 doctors in northern Kenya, forcing them to be on call 24 hours.

Security personnel on patrol on the southeastern side of Lake Turkana, northern Kenya 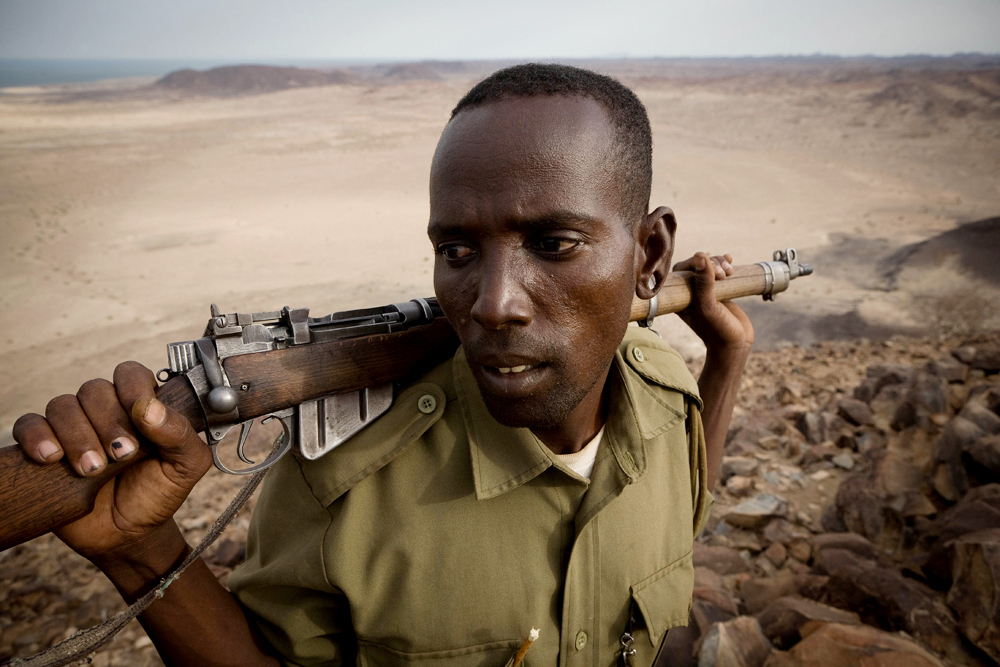 “Our members have been attacked while walking to hospital to attend to emergency cases. In Lamu, for instance, we lost one member, while in Mandera, a pharmacist was killed. It is a very sad situation where you don’t know what will happen next,” he said.

Meanwhile, some workers have already abandoned medical facilities. "Our health facilities are the most affected. Elwak, Arabia, Libahie hospitals, close to the border, have all been deserted by the staff,” said Ibrahim Ali, an official with the Mandera County public service board.

Few staff remained at Mandera Referral Hospital, added Ali.  "All units are feeling the pinch. The outpatient department is congested, diagnosis is a problem in cases where tests are required, and patients are suffering in the wards too."

Most of those who opt to work in the region are fresh graduates embarking on their careers. Several newly-graduated teachers were among those killed in the recent bus attack.

The region is prone to banditry and attacks as well as intercommunal conflict. The proliferation of weapons, as residents seek to defend themselves, has worsened the situation.

In the past three years, insecurity in the borderlands, especially in regions adjacent to Somalia, has taken on a new dimension. Al-Shabab has been the main perpetrator with deadly attacks, including raids on police stations, restaurants and churches, and abductions of government personnel and aid workers.

In North Eastern Province, security officials and businesspeople have been accused of colluding with Al-Shabab, increasing insecurity.

Kenya sent its forces into Somalia in October 2011 in a purported bid to secure its borders and its tourism sector. But critics of the operation, dubbed Linda Nchi (protect the country), warned that it could boost popular support for the Islamist insurgents.

Since then, a spate of deadly attacks claimed by Al-Shabab have been recorded across the country.

Bodies of the victims of the Mpeketoni attack in Lamu county, Kenya 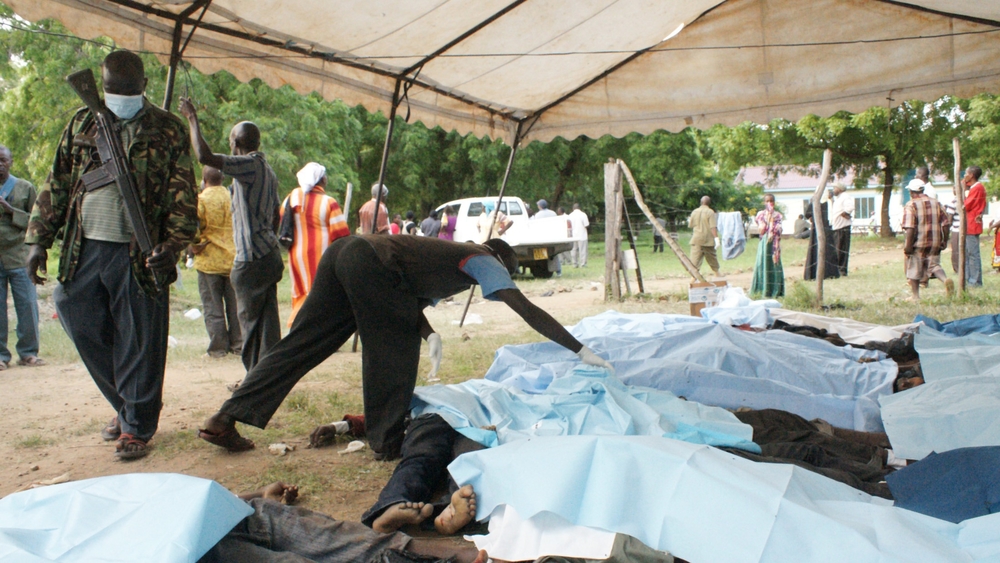 In June, dozens of people were killed in a string of attacks in Mpeketoni in Lamu County on Kenya’s coast. In Mombasa, fears of the radicalization of increasingly disenchanted youth are on the rise.

Recently, the government announced the discovery of a cache of arms, including grenades and ammunition, in several mosques in Mombasa leading to their temporary closure. At least 21 Muslim clerics, of whom 20 were linked by the government to Al-Shabab, have been killed over the past two years in Mombasa, according to human rights group Haki Africa.

Resentment due to historical grievances especially over land, has fuelled the creation of groups such as the Mombasa Republic Council (MRC), which, according to some analysts, could be an Al-Shabab sympathizer.

On 22 September 2013, Al-Shabab militants stormed an upmarket shopping mall in Nairobi where they killed 67 people and injured many others.