As the Millennium Development Goals (MDGs) expire at the end of 2015, campaigners are calling for the inclusion of migrant worker protections in the post-2015 Sustainable Development Goals (SDGs), noting that migrants contribute billions to reducing poverty - often at great cost to their personal safety and well-being.

The world's estimated 232 million international migrants (2013 UN estimate) generated some US$400 billion in remittances for their families and communities back home in 2013, three times more than total overseas development assistance in the same year, according to the World Bank.

For the 10-15 percent of these migrants that the International Organization for Migration (IOM) estimates are undocumented, the human cost of their contributions to their home countries’ economies is often high, sometimes even fatal.

IOM estimates 40,000 migrants - almost all undocumented, including asylum-seekers - have died en route to a destination country since 2000.

An unknown number also lose their lives post-arrival in host countries as a result of unsafe working conditions.

But addressing these risks is politically sensitive, say activists, due to host countries’ fears about creating pull factors for migrants. Despite migrants’ significant contribution to national incomes, they are easy scapegoats for already overburdened health and education systems.

“Including migration in the SDGs would be a bold act,” said Kathleen Newland, co-founder of US-based NGO Migration Policy Institute (MPI). “The causes of migration and local costs of globalization are difficult to see, but people can see immigration,” she added, explaining that more awareness and outreach is needed at the national level to ease popular insecurity about all groups of migrant workers.

The working group on migration for the Association of Southeast Asian Nations (ASEAN) spent five years discussing how to implement the 2007 ASEAN Declaration on the Protection of Migrants. In 2012, the group dissolved without reaching an agreement.

Advocates hope that where regional organizations have fallen short in addressing protection of migrant rights, the SDGs can help make migration less deadly by encouraging states and international organizations to invest more resources.

The socio-economic and development benefits of remittances are clear: for every 10 percent of a population that migrates to work in a higher income country, there is a 1.9 percent reduction in poverty in the country of origin, the World Bank calculates.

In Latin America, a 1 percent increase in remittances reduced infant mortality rates by 1.2 deaths per 1,000 babies, noted a 2013 report by Peter Sutherland, the UN Special Representative on international migration.

Households are more likely to spend remittances on health and education than other types of additional income, according to MPI.

“If reduction of poverty, increased rates of education, and better health outcomes are markers of development, strong evidence exists that remittances make a major contribution,” noted MPI in a 2013 policy brief. 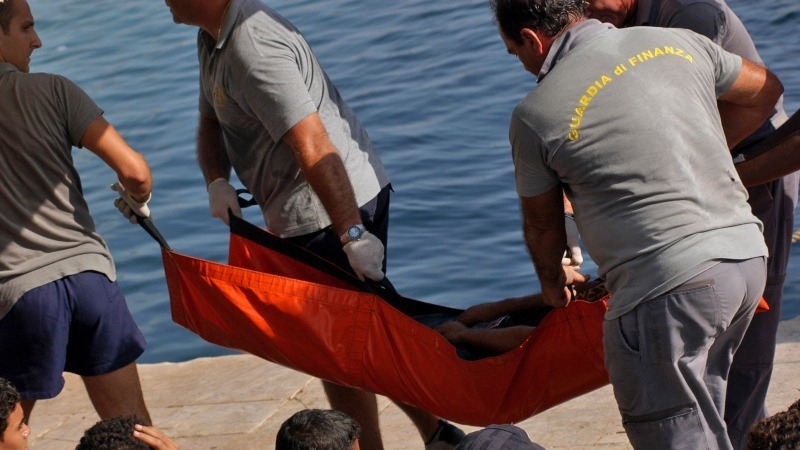 So major that in Thailand after the military seized power in June 2014 and cracked down on the country's undocumented foreign workers, leading to the deportation of tens of thousands, it was not long before they returned, said Reiko Harima, regional coordinator for the Secretariat of the Mekong Migration Network (MMN), a Bangkok-based umbrella advocacy group for Southeast Asian migrants.

“Even one week without wages is too long for them,” she explained.

Harima estimates over one million of Thailand’s migrants are undocumented.

Construction, fishing, and farming industries rely on the country’s 2.2 million migrants, according to the Federation of Thai Industries, and the junta quickly changed tack. They ceased arrests and, instead, extended migrants’ registration to enable them to stay legally.

“Families take a huge gamble and go into debt to pay [for family members to migrate]. There is a lot of pressure on migration to be ‘successful’,” said Richard Mallett, an Overseas Development Institute (ODI) research fellow and co-author of a 2014 report on migration from Nepal.

Success is often measured in remittances, while the human costs are overlooked. The lack of documentation often means that migrants cannot access lifesaving health care and fear protesting unsafe, even fatal, working conditions.

Labour unions, NGOs, and human rights activists have documented employers in the Gulf states keeping migrants' passports, essentially rendering them indentured until debts for travel to the host country are repaid.

The UN special rapporteur on migrants, Francois Crépeau, in a statement to the UN General Assembly on 24 October, called on states to minimize the risks of abuse and urged migrants’ inclusion in the SDGs.

One problem, according to MMN, is that policies fail to reflect the long-term reality of migration by trying to restrict migrants' time in a host country.

For example, a Memorandum of Understanding (MoU) between the Myanmar government and Thailand requires Thailand's estimated 140,000 Burmese migrants (who fuel the shrimp and construction industries) to leave after four years and return to Myanmar for three years before they can re-apply.

“It wrongly assumes migration is temporary, when the reality is that migrants who learn skills to work in an industry, and their employers, want them to stay,” said Harima.

“The legal migration channel needs to be made cheaper, and more accessible for the workers who want to go abroad, while recruitment agencies are regulated properly,” she added.

In the current draft of the SDGs, the need for safe and orderly migration is stressed and protecting the rights and safe working conditions of all migrants, including migrant workers, is included under Goal 8.

“There is still a lot of horse trading to be done,” said Newland, explaining that the Open Working Group has submitted its recommendations to the panel and now the decision is in the court of states. “The risk is that any inclusion of migration in the SDGs will have to be reduced to the lowest common denominator to gain approval,” she said.