Progress made during recovery stages after the November 2013 Typhoon Haiyan in the Philippines could be undermined without job creation strategies to secure stability beyond short-term livelihood projects, warn aid agencies and government officials.

“We have moved on from life-saving food assistance - critical at the onset of any emergency. We need to focus on livelihood creation that will ensure food security in the long term,” said Dipayan Bhattacharyya, in charge of food security for the UN World Food Programme in the Philippines.

“People are clamouring for two things: jobs and shelter,” said Fe Kagahistian, cash coordinator for the UN Office for the Coordination of Humanitarian Affairs in Manila.

Typhoon Haiyan (local name Yolanda) whipped through central Philippines on 8 November 2013 with average wind speeds of 300km per hour causing storm surges over four metres high. The super typhoon, said to be one of the strongest on record, caused an estimated US$12.9 billion in damage and affected more than 12 million people.

The economic and social sector bore 93 percent of the infrastructure damage and suffered approximately US$3.3 billion in production and income losses.

Getting business back on its feet

“The scale of devastation wrought by Haiyan will require all sectors to think of alternative job creation strategies like reviving major employment sectors such as manufacturing,” said Kagahistian.

But officials say the build-back will take time.

“Building back the trade and industry sector is not that simple,” Alfred Romualdez, mayor of Tacloban City, the urban area hardest hit by Haiyan, told IRIN.

Tacloban is a trade and economic artery of the central Philippines, serving as a gateway for the archipelago and linking Manila to major cities like Cebu and Davao.

Around 7.4 million people employed in various service, agricultural and manufacturing industries in the region were affected by the typhoon. For some, this means they have still not returned to work.

“Manufacturing companies are only getting their insurance claims now. At the same time, we need to rebuild energy and water systems to keep these companies operational,” said Romualdez.

Corporations such as Pepsi and Coca-Cola have bottling facilities in Tacloban, which have been shuttered since the typhoon.

“These companies each employ about 2,000 people. They are major job providers,” said Romualdez, adding that factory operations are scheduled to start in the third or fourth quarter of this year.

Other organizations are looking at out-of-the box ways to provide employment for typhoon survivors.

The Office of the Presidential Assistant for Rehabilitation and Recovery (OPARR), a special unit created to oversee disaster recovery in the 171 municipalities and four major regions known as “Yolanda Avenue”, has partnered with private companies in an “Enrolment To Employment” programme, which provides skills training and then matches graduates with relevant prospective employers.

“We have a partnership with Reyes Haircutters, [a brand] which has 138 branches nationwide to train and provide them with stylists. We are also looking at partnering with a construction company to do the same,” said Hazel Alfon, OPARR livelihood and civil society organization lead.

Two stylist programme training sites have in recent weeks been established and plan to train 1,200 graduates per year in total; the first batch will begin in August.

Alongside rebuilding existing businesses, plans are under way to attract renewed investments into the region, creating jobs and bolstering resilience among residents.

“We are exploring [how to make] use of special economic zones in certain parts of Tacloban together with the Philippine Economic Zone Authority (PEZA),” said Butch Meily, president of the Philippines Disaster Recovery Foundation, a group of private sector corporations that work with the government and international aid organizations on disaster recovery.

Businesses operating in special economic zones will enjoy fiscal incentives such as tax breaks and income tax holidays during the first few years of business.

A man repairs his home in the aftermath of typhoon Haiyan in the Philippines. Finding permanent and stable work, however, remains a challenge for many. 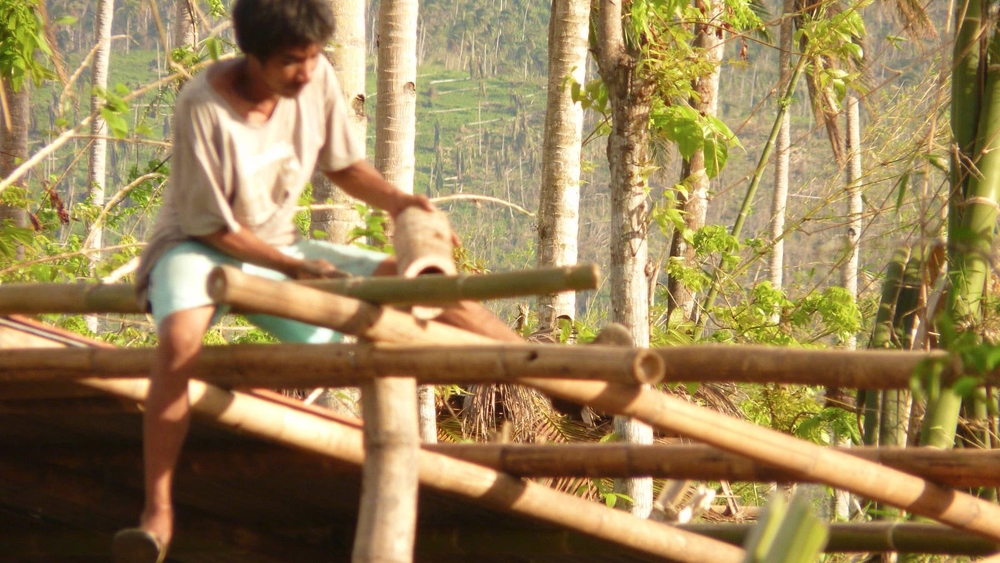 “Special economic zones are usually for export-oriented companies, but we are looking into allowing small-medium enterprises to operate in the economic zones to rejuvenate businesses,” said Emmanuel Cortero, PEZA department manager.

Small to medium enterprises comprise about 99 percent of all businesses in the country, employing an estimated 69 percent of the labour force. The government categorizes businesses based on assets and employee numbers - for example, a small enterprise has between 10 and 99 employees, and a medium one between 100 and 199.

“We hope that this will serve as a trigger to revive the economic industries that will create sustainable employment in the region,” said Meily.