A slowdown in the number of Afghan refugees returning from Pakistan is expected to continue in 2014, according to the UN Refugee Agency (UNHCR), as Afghans at home and abroad look to the year ahead with some uncertainty.

“The numbers are definitely well down, but there’s a general understanding among all that this is certainly not unexpected,” UNHCR’s representative in Afghanistan, Bo Schack, told IRIN in Dubai during discussions about Afghan refugees with his UNHCR Pakistan counterpart and the Pakistan government.

“It does represent a message of what uncertainty we’re faced with, and in this context people are waiting, hoping… even fearing what will happen,” he said.

Afghanistan faces elections in April as President Hamid Karzai reaches the end of his two-term limit. The near-complete withdrawal of the NATO-led International Security Assistance Force (ISAF) is also expected by the end of year, something that it is predicted will weaken the government’s hand in its fight against the Taliban and other anti-government militia.

“The current level of voluntary repatriation is worrying for the government of Pakistan,” said Neill Wright, UNHCR representative in Pakistan. “They tend to measure the success of implementing voluntarily repatriation by whether there’s a net growth or a net reduction.”

Many of Afghanistan’s refugees fled their country at the start of the civil war in the late 1970s, and with the current rates of return, neighbouring governments fear they may still be hosting Afghan refugees in another three decades.

Last year, just over 31,000 registered Afghan refugees, or 6,318 families, voluntarily repatriated to Afghanistan with UNHCR support from Pakistan down from 86,000 in 2012. From 2002 to 2010, following the overthrow of the Taliban government, voluntarily repatriations from Pakistan averaged more than 400,000 each year. More than 8,000 Afghan refugees returned from Iran in 2013.

“The figures seem to have slowed down quite dramatically, so I think we’ve reached a level where those that are willing to come back have come back,” said Nigel Jenkins, Afghanistan country director for the International Rescue Committee (IRC).

“Others seem to be financially settled in the country, Pakistan or Iran, for a variety of reasons. It’s a concern. I mean, there are still a large number of refugees,” he added.

Some Afghans in Pakistan have opted for a resettlement in third country, with 411 such applications accepted in 2013, according to UNHCR.

This year’s Afghanistan Humanitarian Needs Overview says the humanitarian sector estimates there will be 50,000 refugee returnees in 2014 and a total of 239,010 refugees and undocumented vulnerable migrants in Afghanistan in need of assistance.

Life at the end of the world’s largest refugee repatriation 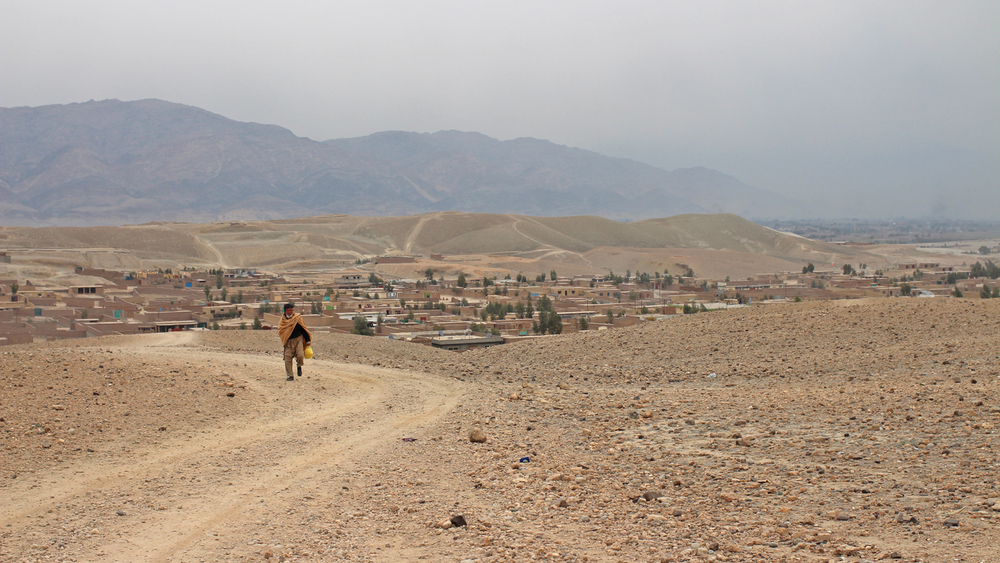 The post-election May-June period will be crucial, says Mahir Safarli, head of the UNHCR sub-office in the eastern Afghan town of Jalalabad. At that point, if the elections have gone smoothly and insecurity has not drastically worsened, the balance for some Afghan refugees abroad could favour a return.

“People are wary about the election, so they hesitate. For the moment, they are in a standby position,” he said.

The Pakistan side of the border is home to the largest number of Afghan refugees - around 1.6 million. The new government, elected last year, has set about improving the legal framework for refugees and is in the process of drafting a national refugee law, the country’s first, which will guarantee more refugee rights and provide a greater degree of security.

From next month, fresh Proof of Registration (PoR) cards will be handed out to Afghan refugees in Pakistan, with a new expiry date: the end of 2015. The previous PoR cards ran out at the end of 2012, and were subsequently extended for an additional six months.

But unless they change their citizenship through marriage, Afghan refugees know they will remain guests in Pakistan.

“If the situation in Afghanistan improves, then more refugees will go home. They all understand that this is the most likely solution. No matter how long they stay in Pakistan, they will remain Afghan citizens, and therefore will be refugees rather than Pakistan citizens,” said Wright.

Despite some local murmurings against the presence of Afghan refugees in Iran and Pakistan, both governments say they are committed to hosting the refugees, and look to voluntary repatriation as the means by which the refugee community can be encouraged to return.

In May 2012, the international community backed a Regional Solution Strategy for Afghan Refugees (SSAR), which provides programmes to help host and refugee communities in Iran and Pakistan, and also provides assistance to refugees who return to Afghanistan. Pakistan and Afghanistan also regularly meet with UNHCR as part of a formal tri-partite commission set up to discuss return and hosting issues.

Experts disagree on what the coming year will bring.

“With the agreements that have been signed or renewed, I don’t see the potential for a flood of refugees back,” said Jenkins, of IRC Afghanistan. “You may see in fact the opposite. If the security situation deteriorates in the country, there is a strong likelihood that there will be an increased number of IDPs [internally displaced persons] and potentially refugees returning abroad.”

So far, UNHCR has seen only a handful of Afghan asylum applications each year in Pakistan from the thousands who cross the border every day.

“Despite all the concerns that refugees have about what will happen in Afghanistan, there’s been no increase in new asylum applications in Pakistan, so there is no indication at this time that there will be a massive surge of new asylum seekers as a result of events in Afghanistan this year. None at all at the moment,” said Wright.

For now, on both sides of the border, Afghans are adopting a wait-and-see approach. After up to three decades abroad, many refugee families are prepared to wait a little longer.