Dire economic conditions, increased security measures, inflated trafficking fees, and the fear of xenophobic violence are putting off potential migrants and asylum seekers to Greece. For those travelling by land from the Middle East, Central Asia and Africa, Bulgaria now appears to be the favoured first foot-hold on greater journeys to wealthier western European countries.

Mohammed Ibrahimi, 35, hopes to be one of them.

A Palestinian refugee from Jenin in the West Bank, Ibrahimi navigated his way through war-torn Syria travelling “from one mosque to another and not talking about politics or showing any opinion.”

He is now seeking funds in Istanbul to travel on to Bulgaria.

“When we have nothing to lose, we take a lot of risks,” he said.

He intends to cross the Turkish-Bulgarian border on foot in the east, taking advantage of dense forest cover, before carrying on to Serbia, Hungary and Austria.

“I’m trying to end up in a good country… I’m not the first or the last to do it this way.”

He could well fail: Austria signed an agreement with Serbia and Hungary in 2011 to reduce what they called “illegal immigration” into the European Union. A number of EU countries engage in what has become known as “externalisation” - making deals with EU frontier countries like Morocco, Libya or Serbia to ensure migrants never reach their country.

According to Deputy Prime Minister Tsveltin Yovchev, 5,815 persons tried to cross the border unofficially into Bulgaria in the first nine months of 2013. This marks a seven fold increase on the same period last year. In September alone, 2,377 persons were detained on the Turkish-Bulgarian border; of these 1,635 were Syrian.

“So far this year Bulgaria has received about 3,000 asylum applications, mainly from the Middle East and Africa,” Melissa Fleming, spokesperson of the UN Refugee Agency (UNHCR), said in a 17 September briefing note. “This is three times the yearly average of the past decade. August saw a sharp rise to some 50 new arrivals (mainly Syrian families) per day.”

In its 2013 risk analysis, FRONTEX notes increasing numbers of migrants opting for Bulgaria: “In 2008, detections of border crossings at the Bulgarian-Turkish land border were low. This situation changed in 2012 when a total of around four times as many migrants were apprehended. This increase is connected to the strengthening of border controls at the Greek-Turkish land border.”

“Since 2011 things started to change. Greece start[ed] to become dangerous for asylum seekers, for refugees.”

First of all, smugglers started asking for more money, she said, because they saw that more people were coming. Secondly, migrants began fearing attacks by the extremist right-wing political party Golden Dawn, whose leaders are currently facing murder charges over the death of an anti-fascist musician.

“Golden Dawn have huge propaganda [against] all these refugees, migrants,” Vujanovic said. “They are saying that they destroyed this country. It’s not their fault. It’s the fault of the system, because there is no system, no lawyer for them, no one who will translate for them. When you are a refugee in Greece, it is just a station for you, because it’s not a country where you want to live.” 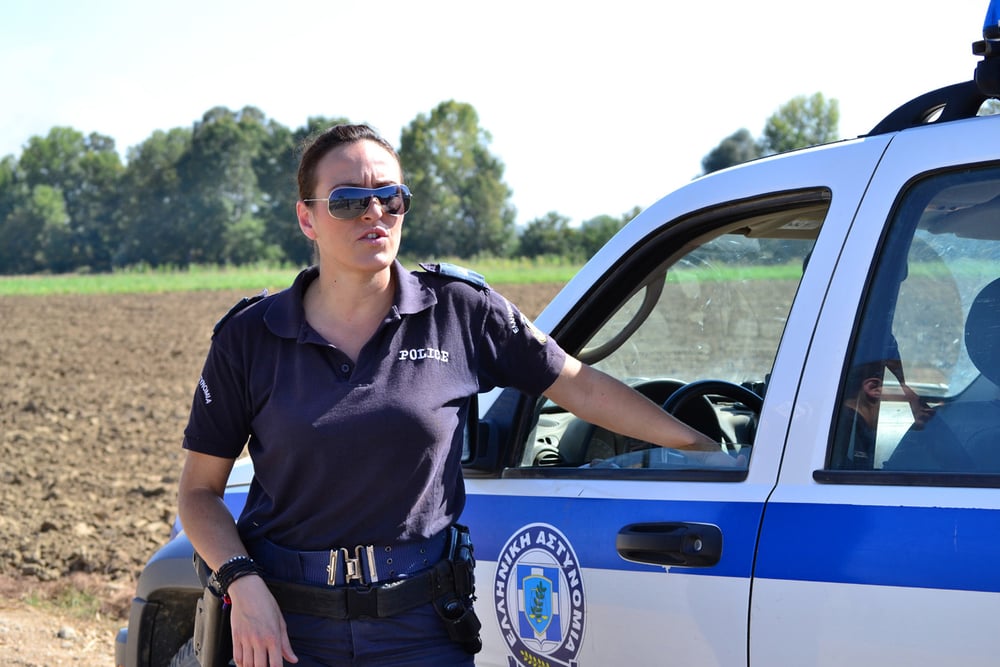 “You have two choices: [either] you will die here, because no one will help you - there are no public institutions, no NGOs, nothing - you will die or you will try to survive. You will even steal on the street or sell black market goods.”

According to Vujanovic, the news that Greece is a country without any prospects has filtered back home to prospective migrants either en-route north or in their countries of origin, deflecting them elsewhere.

For most, the main route to the EU is by sea. According FRONTEX press officer Ewa Moncure, over 20,000 have taken perilous routes from North Africa landing at the small Italian island of Lampedusa (off Tunisia) and Sicily this year. But for land-based migrants, the deflection is increasingly to Bulgaria.

Land-based migrants and asylum-seekers travelling from the East to Europe tend to follow two main routes. The first involves travel from Afghanistan, Pakistan, Iran, Iraq or Syria, through Turkey to Bulgaria or Greece, then the Balkans, Italy and finally Western Europe. The second goes through Romania onto Hungary, Austria or Slovakia and the Czech Republic, and finally, Germany.

"You have two choices: you will die or you will try to survive."

In both scenarios, Turkey is the land bridge between East and West and the point at which migrants choose to continue through either Bulgaria or Greece.

“Certainly in Bulgaria the asylum seekers currently arriving don’t go through Greece,” said UNHCR Central European spokesperson Ariane Rummery. Most transit through Turkey, she said, spending several days to hook up with a smuggler in Istanbul or Edirne, 240km northwest of Istanbul. They are then taken within 10km of the border, usually east of the Bulgarian border village Kapitan Andreevo. Most foot traffic from Turkey is now arriving near the Bulgarian villages of Elhovo and Bolyaravo, around 30km from the border. “They cross over without guides,” she added.

Clandestine movements through the deep forests on the eastern half of the Turkish-Bulgarian border into the Strandzha mountain region have also been reported. According to the news website Press Europ, the small rural village of Golyam Dervent, set in a clearing near the border, has seen many migrants and asylum seekers passing through, including, but not exclusively, Syrians.

Iraqis, Afghans and Malians are also among those travelling the route, Rummery said.

In limbo in Istanbul

Kurdish smugglers in Istanbul told IRIN prices range from US$6,000-8,000 for passage to Italy and upwards of $20,000 for supposedly secure passage to the UK. These fees include forged documents and transportation. They also said corrupt police officers provided documents, but this information could not be verified.

Most land-based migrants tend to have less money than those paying large sums for routes via air or sea. They are less likely to pay couriers for fake documents or the privilege of securing precarious border crossings. They are also more likely to take life-threatening risks -such as walking large distances with limited supplies or hiding in enclosed spaces such as vehicle engines, where they risk carbon monoxide poisoning.

FRONTEX detections during 2013 indicate that these poorer migrants are often transported to Bulgaria, knowingly or unknowingly, by Turkish guest workers. Three or four persons per day are apprehended at border crossings during the peak spring and summer travel season. Those who successfully make it to Bulgaria reach the poorest member of the EU, where conditions have recently been described as “unsafe and dire” by UNHCR’s Flemming.

Barnabe Pouya, 28, an aspiring footballer, dropped out of a course in industrial electronics in his native Burkina Faso due to a lack of means, in the hopes of playing football in Turkey.

“I sold my crops [and with] support from a gentleman in Burkina put my papers [together] to take my flight.”

He was given the address of a Turkish football manager, and contacted him on arrival. He was told he could secure his place in a football club by making a payment.

"I did not hesitate. I gave the money and he has disappeared,” Pouya said.

His situation has become particularly desperate because he cannot find regular work. He attributes this to declaring himself Christian when asked his religion by potential employers: “All has become very difficult for me,” he said. “I feel alone in this country.”

He is now seeking an as yet undefined way north to the UK, Belgium or France.