Poor nutrition and growing levels of obesity are taking a toll on the health of Indonesians, experts warn, as an increasing number of people consume fast food and lead sedentary lifestyles.

In recent years, the number of overweight adults in this archipelago nation jumped from 12 percent in 2007 to 21 percent in 2010, said Minarto, the Ministry of Health’s director of nutrition, who, like many Indonesians, goes by only one name. About 50 percent of those overweight adults suffered from obesity, he told IRIN.

But many believe the survey numbers do not offer a comprehensive view of the problem, and that the numbers could be even higher. Minarto estimates that 30 million Indonesians are either overweight or obese, compared to 27 million three years ago.

“The prevalence of obesity is not yet that high. However, given the country has a large population and the number is growing, it’s a cause for concern,” Minarto said, citing high-fat foods, imbalanced diets and a lack of physical activity as the main culprits.

The government is still conducting its basic health research survey for 2013.

Major cause of death

Only about 60 percent of Indonesians eat enough vegetables and fruit, while only half are engaged in sufficient physical activity, health studies reveal.

“Consumption patterns have also changed among people. They eat a lot of fast food and not enough fruit and vegetables,” Minarto said. “People used to eat at home, but now they often eat outside. But because good food is expensive at restaurants, they tend to eat junk food,” he added.

Indonesia’s annual economic growth of more than 6 percent has allowed millions of people to enter the middle class and gain access to western amenities, including fast food.

The 2010 Indonesian Health Profile shows that obesity is more prevalent in households that spend more per capita, including among those with higher education and those who live in cities.

Lack of exercise and poor diets are among the risk factors that trigger cardiovascular diseases, health experts say.

According to the World Health Organization, increased body mass index - a simple height-for-weight measure - is a major risk factor for non-communicable diseases, including: cardiovascular diseases; diabetes; musculoskeletal disorders; and some cancers.

Minarto said studies also show that people who suffered from malnutrition as children are more likely to be obese when they grow up. 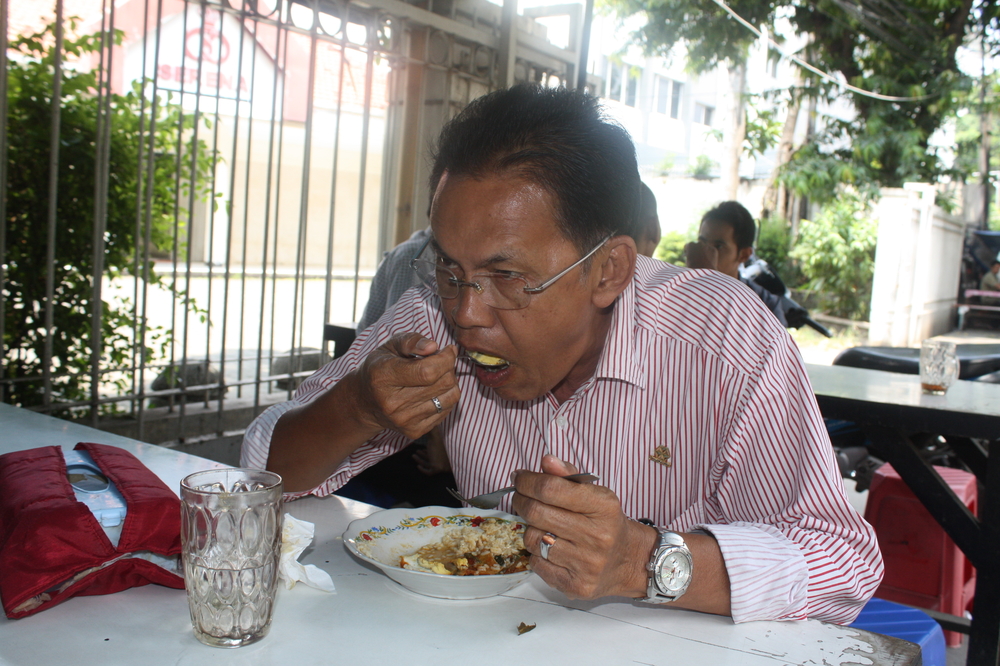 According to a World Bank press release in March, the world had 1.46 billion overweight adults in 2008, of which 508 million were obese.

Even conservative estimates see that number rising to 2.16 billion for overweight adults and nearly doubling to 1.12 billion for obese adults by 2030, across all regions and in countries like China and India, the report said.

The World Bank says that half of overweight people live in nine very different countries - Brazil, China, Germany, India, Indonesia, Mexico, Russia, Turkey and the US - showing that that the obesity epidemic is not restricted only to rich areas.

High and volatile global food prices lead not only to hunger and undernutrition but also to obesity, the Bank said, as people opt for cheaper, less nutritious food to feed their families.

“When poor people with some disposable income in developing countries try to cope with high and increasingly volatile food prices, they also tend to choose cheap food that is high in calories but without much nutritious value,” Otaviano Canuto, the World Bank Group’s vice president for poverty reduction and economic management, said in the press release.

But according to Emy Huriyati, an expert at the Indonesian Nutritionists’ Association, rising food prices do not necessarily lead to an increase in obesity.

“There need to be more vigorous campaigns to promote healthy lifestyles, including the need for exercise and balanced nutrition,” she said.