Two years ago Syrians in the relative security of their own country watched the unfolding crisis in Libya descend into a devastating civil war.

Since then the tables have turned, and many of those same families find themselves in Libya after fleeing the Syrian conflict, which has left an estimated 6.8 million people (around a third of the population) in need of urgent humanitarian assistance.

Most of the Syrian community in Libya, estimated at around 110,000 by government officials, are believed to have arrived over the past 18 months after having fled the Syrian conflict.

Shavan, a Syrian ethnic Kurd, arrived in Libya in January. "Alone, I left Syria at the end of 2011 leaving my wife and my daughter. I was looking for a place to live far away from the hell of conflict," Shevan said.

After what he says was a difficult year in Lebanon, where he struggled to pay his living costs, he went back into Syria to pick up his family and then left for Libya.

The flow of Syrians to Libya, while far lower than the numbers seen arriving in Syria's neighbours, started almost as soon as the Libyan revolution ended in October 2011.

Some come by air from Lebanon or Turkey, but most have arrived by road, heading through Jordan and then across the Sinai to the Libyan-Egyptian border town of El Salloum (in Egypt).

In the initial stages, Syrians with a passport could enter without a visa, but the rules have been tightened since the attack on the US diplomatic mission in Benghazi in September 2012, after which only families, not single men, were allowed in.

From January this year, the coastal border crossing from El-Salloum to Musaid (Libya) has been closed to all non-Libyans without a visa, according to information from the UN Refugee Agency (UNHCR).

Alongside this measure, the Libyan minister of interior invited his "Syrian brothers" who had previously entered the country without a visa, to register at any passport office to get a government letter confirming their asylum seeker status.

But it is still possible to get across the border without a visa. One Syrian who had recently entered Libya near El Salloum, and asked not to be named, told IRIN: "Smugglers charge US$500 to take Syrians across the border to Libya. I also saw some Syrian women who were using sex work to pay for their transit."

Local NGOs in Libya run by Syrians were the first to provide relief, but many Syrian refugees have been reluctant to receive such aid.

"Suspicions about Syrian secret service infiltrations led the majority away from the operational centres managed by Syrian charities," the head of the UNHCR in Libya, Emmanuel Gignac, told IRIN.

By the end of April 2013, around 8,000 Syrians were registered with UNHCR as asylum seekers, though because of UNHCR's lack of a formal legal agreement with the government, the asylum seekers cannot advance to the agency's refugee status determination (RSD) process.

The majority of Syrian asylum seekers in Libya are in the second city, Benghazi, due to its proximity to the Egyptian border.

Large Syrian communities are also in Tripoli, mainly in the Suq Al Jumua, Janzoor and Hasham areas, while ethnic Kurdish Syrians in the capital have established a base on the outskirts in Ben Ghashir.

Syrian charities provide support and some aid. "You can ask their help to register your kids in the local schools or to get medical assistance," Bilal*, originally from the Syrian town of Hama, told IRIN.

The delivery of items such as blankets, mattresses and kitchen cooking sets is carried out regularly by Syrian organizations along with the Libyan organization Al Wafa and international agencies like UNHCR, the Danish Refugee Council and the Italian NGO CESVI.

Visiting UNHCR teams also assist the Syrians in Tripoli and Benghazi. The agency has opened a Centre for Community Development for vulnerable cases, and set up a hotline for Syrian asylum seekers.

The presence of Syrians in Benghazi has created some tension, and recently the city's commission in charge of regulating foreign labour, immigrants and refugees called on the national government and congress to reduce the number of people coming into the country to avoid security, economic, political and social risks.

Despite the distance from their home country, many Syrians cited a lower cost of living and greater job opportunities as the reason for travelling to Libya, rather than the more common Syrian refugee hubs like Jordan and Lebanon. Some also had spent time in Libya before the Arab Spring, when most foreign nationals were evacuated.

Syrian passport on desk during the UNHCR registration mission in Misrata 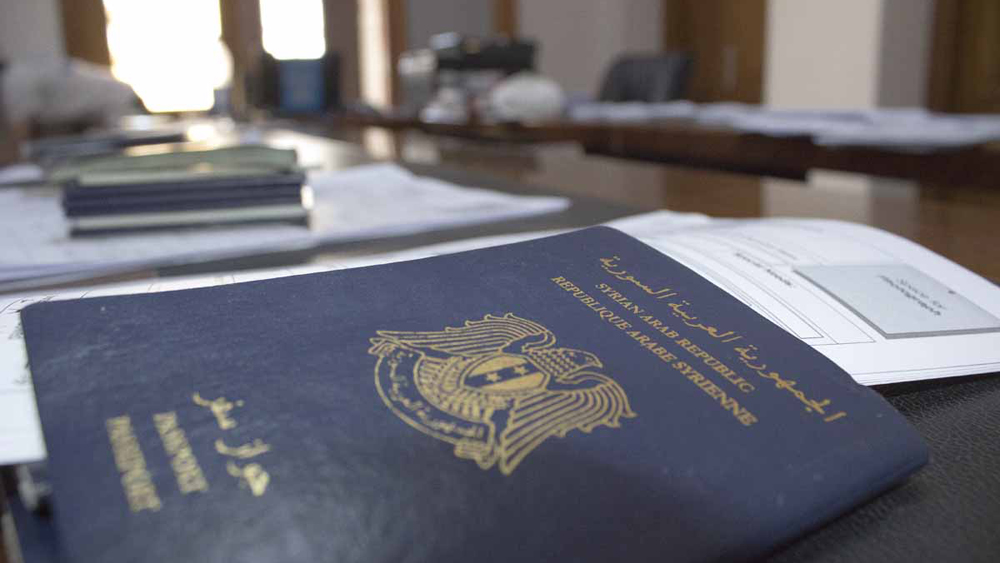 But living costs remain a challenge for many in the Syrian community: "I pay 600 dinars (US$465) a month for an apartment and I barely earn 900," Ali who had fled from Duma, on the outskirts of Damascus, told IRIN.

The poverty of many has given rise to practices seen elsewhere in the region: "Syrian women have been offering themselves as brides to the Libyans because they have no alternative for their survival," said Mohamed, a Syrian refugee living in the coastal town of Misrata.

Other Syrians in Misrata confirmed this was happening. "In Benghazi Syrian girls are called `sheep' for their low price. Even regular men already with one wife can afford a new young wife," another Syrian told IRIN.

Many Syrians told IRIN the Libyans had been welcoming. Ahmad, a Libyan civil engineer working for an Italian company in Misrata, told IRIN: "They are our brothers as they still suffer what we have experienced. They have every right to remain in Misrata."

Local officials in Misrata told IRIN there are about 5,000 Syrian refugees in the town.

Misrata, known as a base for anti-Gaddafi militia activity, is awash with Gaddafi-era weapons, and locals say a blind eye is turned to Syrians buying the weapons for export.

Some local reports in Libya say former revolutionary fighters in Libya, particularly from Benghazi and Misrata, have been travelling in the opposite direction to join the anti-government forces in Syria.

Not everyone is welcoming though. "Because of my Kurdish name, I was threatened often at ordinary checkpoints because Libyans thought I was not a Sunni Syrian but a Shiite," said Shavan.

Syria's now two-year conflict began when people, largely of the Sunni majority, began protesting on masse against President Bashar al-Assad, of the minority Alawite sect (Shia), and has become increasingly sectarian as the violence has increased.