The coal boom in Mozambique’s northwestern Tete Province is pitting disgruntled locals against international mining conglomerates as communities living in the new mining areas are forced to relocate.

The Brazilian mining giant Vale has been accused of resettling communities in inadequate areas with poorly constructed homes, and is now trying to make amends. The Indian steel company Jindal, meanwhile, is still in the process of moving communities from its mining area.

Luácio Foia lives in the village of Kassoka, in Changara District, just a few kilometres from Jindal’s new mining area. Coal is already being extracted ahead of the mine’s official inauguration, which is planned for later this month.

In his current location, Foia is able to pan for gold to supplement his farming income. Outside his house, he points at the ground and says, “Even right here you can find gold, but in the creeks there is more. If I don´t have anything, I take my tools and I go to the creeks… No one starves here.”

Foia, his wife and their eight children are among 565 families in three communities facing resettlement to an area where panning for gold will no longer be an option.

Since Jindal moved into the area in 2008, the people of Kassoka have not been able to open up new fields for farming or build new houses. Foia says that some families have already lost fields to the mine. Although they were compensated according to the size of their fields, the amounts did not take into account the presence of gold in the area.

The villagers’ resettlement has been delayed, first by their refusal to move to the area the company had selected, and then by the provincial government, which rejected Jindal’s initial resettlement plan.

Arsénio Mahajane, who has been hired by Jindal to manage the dialog with the families awaiting resettlement, claims he is very satisfied with the process: the communities have chosen the site they want to move to and now they are just waiting for the provincial government to approve the new resettlement plan.

“We are lucky; we had the possibility to learn from what happened with Vale’s resettlement in Cateme,” he told IRIN. “It has been like a school for us, and we are taking that in to account.”

"There is no water where we are going, no river...They also say we will have electricity, but who will pay for the electricity?"

But Foia complains that Jindal has employed a local leader as an assistant as a way to silence the community.

“He doesn´t represent us anymore. He has been bought by the company. He even says it himself, ‘I have a good life now. I will lose my job if I tell them what you think’.”

Foia also has concerns about the site they will be moving to, which was selected by local leaders and which he has not seen for himself. “There is no water where we are going, no river. Imagine the day when our leaders start rationing the water. They also say that we will have electricity, but who will pay for the electricity? You have to have a job to pay for electricity.”

Vale was the first company to start exploring for coal in Tete, and remains the largest of seven coal-mining companies now operating in the province. Vale resettled around 5,000 people between 2006 and 2011, but the process was marred by conflict.

In January 2012, members of Vale’s largest resettled community, which was moved from Moatize to Cateme, one hour’s drive away, blocked the Sena Railway used to transport coal to the port of Beira to protest conditions in their new village. They said Cateme lacked transportation and jobs, that the soil was poor and that their houses were badly constructed without foundations.

Vale workers are now repairing a section of the pot-holed road between Moatize and Cateme and renovating houses that were built without foundations. Vale has also started a model farm to teach the community modern farming techniques and income-generating activities such as poultry breeding.

Luisa Antonio received a loan from Vale to build a chicken run and to buy chicken feed and medicine. The money will be deducted from the profits she earns when the chickens are sold.

Luisa Antonio was among 5,000 people in Mozambique’s northwestern Tete Province resettled by Brazilian mining company, Vale. The company has paid for the start-up costs of a poultry breeding business, but she will have to repay the money 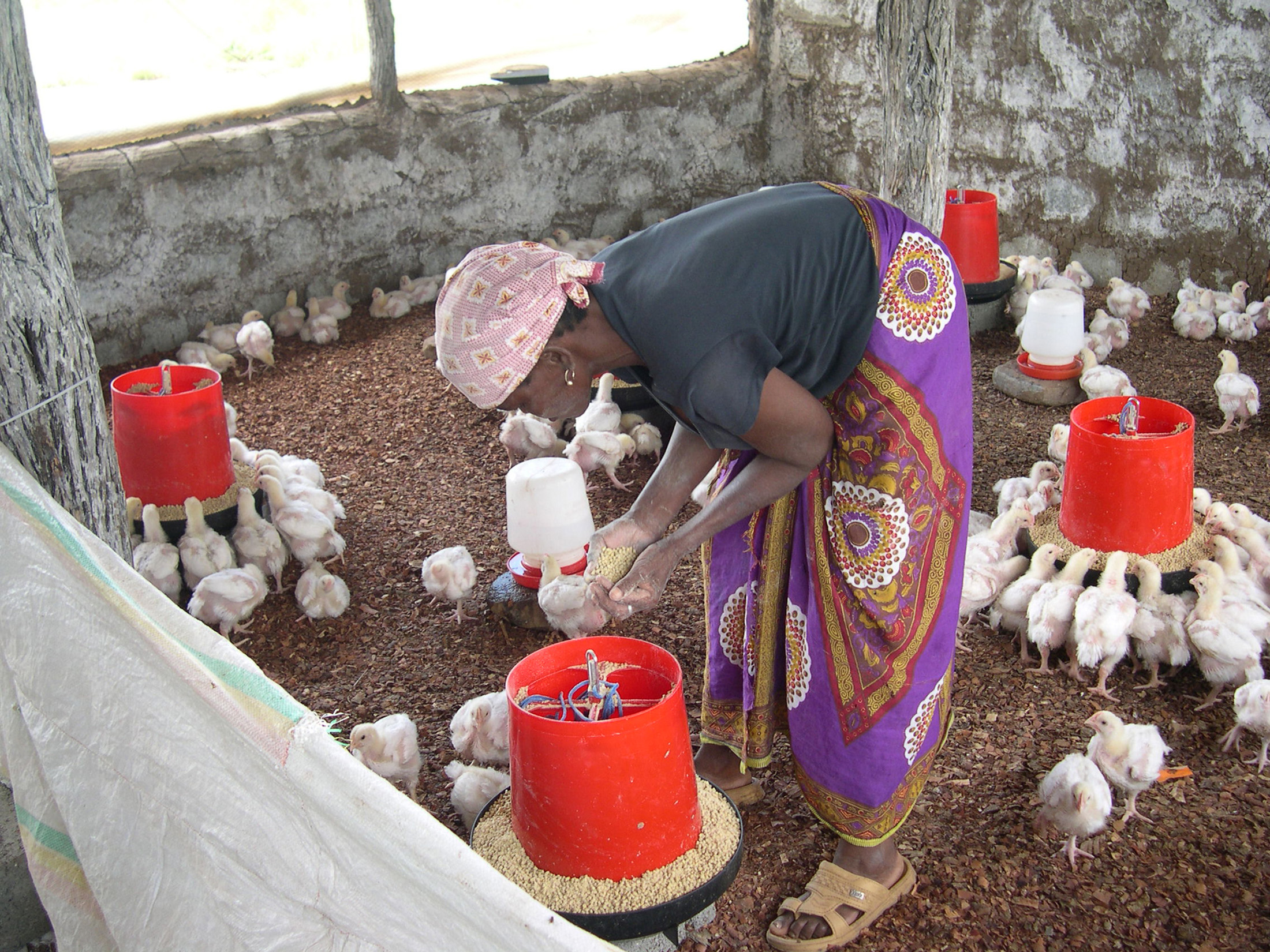 “I gained 9,000 meticais (US$300) after I sold the first round of chickens,” she told IRIN. “That is a good payment; it relieves our poverty. But I don´t know how we will manage on our own. We have no transport and there is still no shop here that sells what we need for our business. Vale only helps us for the first four rounds [of breeding]. We are worried.”

However, Antonio is more hopeful than she was before the protest. The projects that Vale has implemented in the community are having an impact, she says, and “if they continue, life will change”. Her son is among 23 young people from the village who are receiving training from Vale on how to become machine operators.

“He will study there for a year… After that, they have promised to give him a job in the mine, but sometimes promises are broken, so you never know,” she said.

Following the protest, the provincial government also appears to have realized the need to become more involved in resettlement processes.

“We were not prepared - that was our mistake. We were not there when Vale started the resettlement process. A lot of things went wrong in the beginning,” said Américo Conceicão, acting provincial permanent secretary.

According to Conceicão, Vale used a consulting firm to negotiate with the population of Moatize, leaving local government in the dark about what promises were made and about the poor quality of houses built in Cateme.

“Now we are better prepared for new resettlement processes. We have created a model house, and we have an effective resettlement commission. We want to take the lead in the process,” he said.

However, Vale’s coal operations director, Altiberto Brandão, claims that they worked with local government from the beginning and that the houses are of good quality. “We built them five years ago, and not a single one has fallen apart yet. It is a cultural matter.”

Rui de Vasconcelos Caetano of the local organization AAACJ [Association for Judicial Assistance and Support to Communities], who has worked with the resettled communities from the beginning of the process, said that Brandão’s suggestion that cultural preferences accounted for the dissatisfaction with the houses was disrespectful.

De Vasconcelos Caetano is sceptical of some of the other measures that Vale has taken since the demonstrations. He argues, for instance, that the agricultural methods used on the model farm are unsustainable, since they use fertilizers and other inputs that the communities will not be able to afford on their own.

He is also not convinced that Jindal has learned anything from the Vale experience. AAACJ is now working with the communities facing relocation by Jindal, teaching them about their rights.
The people of Kassoka do not know when their move will take place. Jindal has promised that the new village will contain a clinic, a school, banks and shops, but construction cannot start until the provincial government approves the new plan.