What is the role of communications in the light of the Sustainable Development Goals?

TNH’s Director of External Relations Sarah Noble spoke at the EACD Forum in Geneva on the role of communications in advancing the Sustainable Development Goals. Panellists from the World Heart Federation (WHF), ABB Power Grids and DSM also shared their experiences. Below is an edited version of Sarah’s speech at the event. 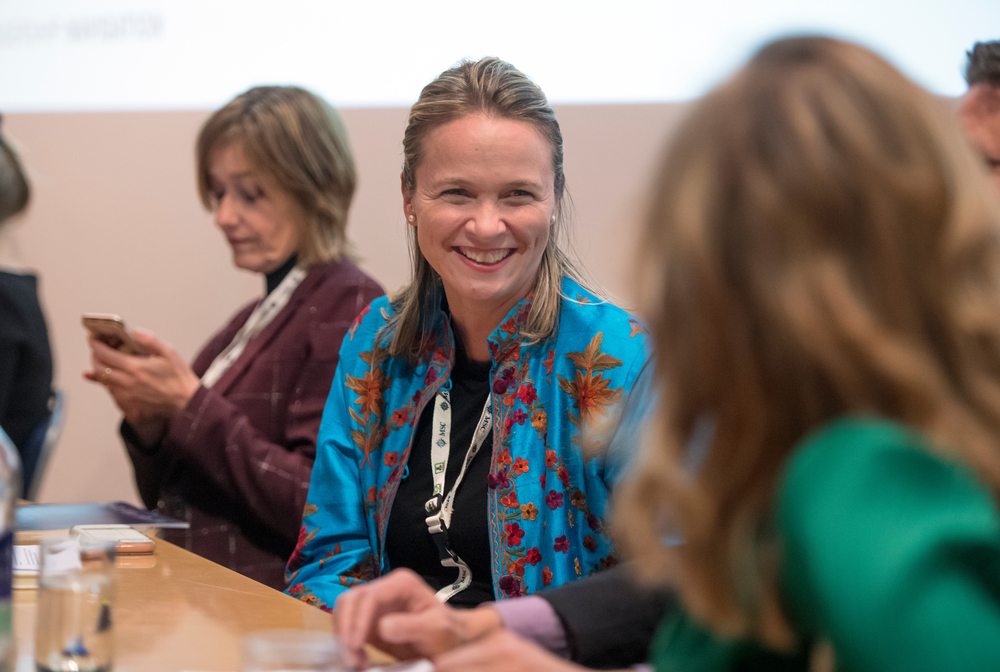 The New Humanitarian (TNH) has been covering humanitarian crises around the world for 25 years. Many of the themes we cover in our journalism — hunger, health, education, gender, water, climate, peace (or conflict) — may sound familiar — those are Sustainable Development Goals (SDGs) 2, 3, 4, 5, 6, 12 and 16 for anyone keeping count. (Pop quiz: Can you name all 17 SDGs without cheating?)

TNH is a mission-driven organisation — we aim for our journalism to improve humanitarian responses so as to improve the lives of people affected by crises. Part of that mission involves raising awareness of complex issues among the wider public. We believe that people need to understand the world around them in order to change it for the better.

The SDGs are not corporate PR for us. Looking back at almost 25 years of coverage, we have reported on many of the issues that really acted as the catalyst for the creation of the SDGs, and before that the Millennium Development Goals.

Our challenge as a nonprofit newsroom is not so much aligning our communications strategy with the SDGs, but in facing the collapse of the media business model, rise of fake news, and decline of international coverage.

As an example: Last year there was a story in the news that captured the hearts and minds of people around the world. Close to 2 billion people watched in awe as this momentous event unfolded.

Some 29 million people in the US alone followed as it happened, getting a blow-by-blow account on every intricate detail. It was gripping, edge-of-the-seat stuff. Newspapers in almost every country carried the story, with specials and supplements and countless front pages.

Do you know what that event was?

It was of course the Royal Wedding between between Prince Harry and Meghan Markle.

While we all no doubt wish the best for the happy couple, could it be argued that there are other, more important stories to tell?

Compare the coverage of the Royal Wedding, for instance, with coverage of the situation in Yemen, which got 20 minutes of air time total in the US in 2018 from the 4 major networks.

What do people care about?

The challenge we face is getting people to care and also to know what to do with our content once they have read it.

Some might try to make the argument that people aren’t interested in Yemen and stories about strife and conflict, but a recent State of Humanitarian Journalism report found that that 59% of respondents said they were more interested in news about conflicts and crises than any other type of international news.

A survey we conducted ourselves last year found that 73% of respondents agreed that mainstream news media does not produce enough coverage of humanitarian issues. Mainstream news coverage was also regularly criticised for being selective, sporadic, simplistic, and partial.

We live in uncertain and complex times and our role as communicators is to help people understand the world around them.

We have found that telling human stories, reaching people in the right way can have a real impact.

We see evidence of that with the impact of our journalism:

Our work has inspired ordinary people to make donations, launch petitions, and lobby their leadership for change.

The road to achieving the SDGs was never going to be smooth and the more honest and open we are, the more our audience will understand the complexities and nuances of the goals that have been laid out, and be inspired to follow progress and support it.

Communications professionals can always do more to ensure we stay true to issues we are communicating about. It really becomes a question of integrity.

The role of comms for us at TNH is about getting real. We want to give our audience a place they can come and get reliable, fact-driven insights into these stories, beyond the slogans and international days and movements and hashtags.