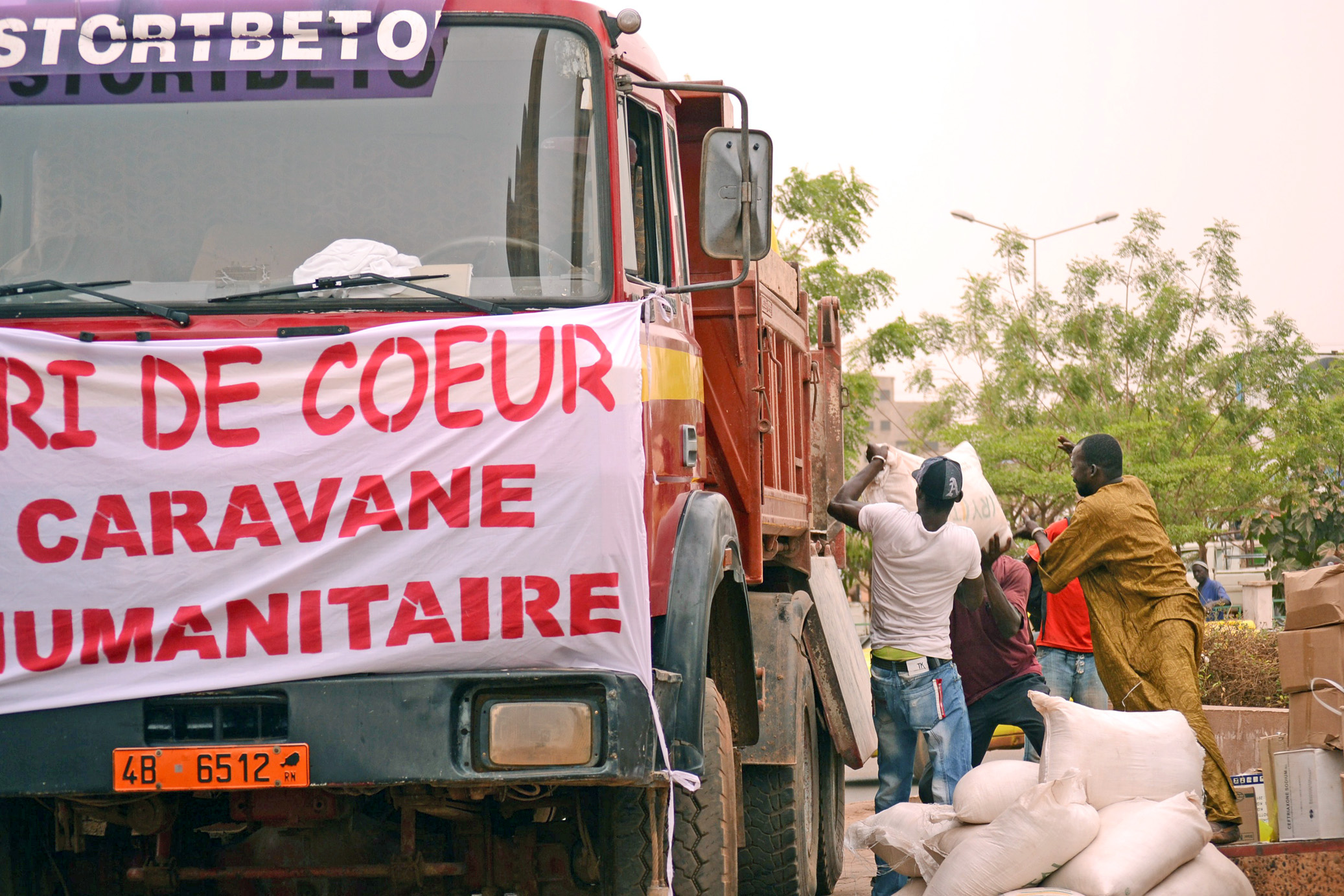 Aid agencies in northern Mali are debating how or whether they should negotiate with newly installed rebel groups such as the National Movement for the Liberation of Azawad (MNLA) and Ansar Dine, which is affiliated to Al Qaeda, to reach people in need.

There are layers of complexity. Agencies have divergent approaches to securing humanitarian access - some refuse to use armed escorts under any circumstances, others see them as necessary in extreme situations; some US agencies cannot negotiate with terrorist-affiliated groups, others are already doing so. IRIN spoke to humanitarian agencies operating in the north to find out how they are delivering aid.

Prior to the March 2012 rebel fight for the north, northern Mali had for years been a volatile operating environment, mainly because of kidnapping and banditry. Most agencies leave all non-African staff in the capital, Bamako. Some, such as Catholic Relief Services (CRS), which operates in Gao, work only through local partners. Others, such as the World Food Programme (WFP), have for years used private transport companies to deliver aid.

When rebel groups succeeded in taking power in the north in early April 2012, aid agency operations were made more complicated, initially as each was forced to scramble to rebuild their stocks and equipment after widescale looting of their northern offices. CRS estimates that “several million” dollars, which would have gone into launching a large-scale food security operation from April to June in the region has been lost, and only last week two of their warehouses full of food were pillaged.

Agencies have to establish how they will approach rebel groups now in control, so as not to lose more time. There are some 75,000 people internally displaced in northern Mali; while thousands more were already facing food insecurity due to poor harvests, lack of pasture and high food prices. Alassane Maiga, a teacher at the Yanna Maiga intermediate school in Gao, told IRIN: “People are getting hungry - there are volunteers to provide first aid to the injured, but that’s all.”

Approaches vary when it comes to negotiating with rebels. CRS, which is largely US-funded, will not do so and relies on others in the humanitarian community to deliver aid. The International Committee of the Red Cross and Red Crescent Societies (ICRC) - in some ways the ‘guardian’ of the humanitarian principles of neutrality, independence and impartiality - will, but is taking a thorough, gradual approach said its spokesperson, Stephen Ambrose. This has not stopped them from working - they have been fuelling Gao’s generator to ensure the city’s water supply, and have kept Gao and Timbuktu hospitals supplied with medicines - but nowhere near as much as they would like.

Several aid agency representatives told IRIN that the MNLA are relatively open when it comes to discussing access, but Ansar Dine spokespeople change regularly, making it difficult to rely on agreements already made. They have also officially called for only Malian agencies to work in the north.

A few agencies, including the Malian Red Cross and international medical NGO Doctors of the World (Medecins du Monde or MDM), have already approached all the groups to discuss access. “We give the same information to all but we remain fully independent in the way that we operate,” said Olivier Vandecasteele, coordinator of MDM in Mali, which focuses on health and nutrition work.

“You need to spend a lot of time on the phone, and verify through all of your different contacts how a convoy will pass - so far, we have never had a convoy that was stopped,” he said. MDM staff say so far they have had no major access problems in Kidal or Gao.

Vandecasteele said this is partly because MDM has been in the region a long time, many locals have participated in its activities, and it has widespread acceptance. MDM owns none of its own cars and rents vehicles locally, so it lost none during the looting.

Being absolutely rigid in its approach to independence and impartiality will help the agency operate in the long term if conflict flares up again, which it well could, said Vandecasteele. ECOWAS has announced it will take all measures “including use of force” to ensure the territorial integrity of Mali.  Vandecasteele believes that aid groups might be surprised if they tried to negotiate humanitarian access. “They might just find they get it,” he told IRIN.

The Mali Humanitarian Country Team, made up of UN and some NGO agency heads, is working out an access strategy based on the importance of upholding impartiality, said David Gressly, regional humanitarian coordinator for the Sahel. While some UN agencies are already operational, security concerns mean that UN Refugee Agency UNHCR has very limited access to assess the needs of the displaced, said its spokesperson Fatoumata Lejeune-Kaba.

One area of contention is the use of armed escorts. Humanitarian agencies generally shun the use of armed escorts or armed protection for their warehouses and other property, so as to avoid affiliation with one side or the other in a conflict. While some agencies - like MDM - will never use them, others - like WFP - will do so in extreme circumstances, said its acting representative, Martine Ohlsen.

“It is partly a question of scale - as the volume goes up, so do the risks,” said Gressly. Vandecasteele told IRIN he recognizes the temptation for some agencies to use armed guards, particularly with highly valuable stock at stake, but that "it sets a dangerous precedent." As one agency head put it, an armed escort can become an active belligerent in a conflict overnight.

Some aid groups have already accepted armed escorts. Hearing of people’s needs in the north, local group Cri du Coeur (Cry of the Heart) collected money and aid donations from Bamako residents and sent a convoy north, accepting MNLA escorts between Douentza in the Mopti region and Gao. “We established contacts with MNLA and Ansar Dine, and they demanded they secure the convoy themselves, and that they supervise the distribution of food,” Tidiane Guindo, the public relations officer of non-profit Cri du Coeur told IRIN. When they arrived, a distribution committee made up of prominent local citizens were in place to distribute he goods, he said.

In Timbuktu, local resident Moulaye Sayah told IRIN, the food and medicines sent there are “distributed under the very close supervision of Ansar Dine." Some say it is better to have aid delivered that way than not at all.

Others however, worry that it has dangerous repercussions, including contributing to a war economy. “They [the guards] don’t do it for free; and then there is their fuel to cover,” said the agency head. “Aid can be delivered through armed convoys, but don’t call it humanitarian.”