Africa has so far escaped the spread of the coronavirus, which first appeared in the Chinese city of Wuhan on 31 December, and has now gone on to infect more than 28,000 people and kill over 560 people, the vast majority in China.

That surge in cases is causing deep unease in countries like Kenya, which have strong commercial ties to China, but, like many other developing nations, have only limited health and surveillance systems.

Read more → In the news: WHO declares global coronavirus emergency

The coronavirus has so far spread to 24 countries. The Kenyan government, like several African nations, has responded by banning flights by its national carrier to China – the airlines’ most profitable route.

It also says contingency plans are in place, largely focused on ports of entry, “but the actual test of preparedness will come when there is an outbreak of coronavirus”, admitted Health Cabinet Secretary Sicily Kariuki.

With the World Health Organisation (WHO) designating the coronavirus a global health emergency, this briefing explains how countries like Kenya are trying to rapidly develop the systems to test for the microbe should it arrive.

At the moment, Kenyan hospitals would be unable to confirm whether someone has been infected as they do not have the “reagent kits” necessary to identify the coronavirus, officially designated 2019-nCoV.

An example of that dilemma was when a Kenyan student arrived on 28 January at Jomo Kenyatta International Airport from Wuhan on board a Kenya Airways flight displaying flu-like symptoms.

Suspecting the coronavirus, he was immediately quarantined in an isolation ward at Kenyatta National Hospital – setting off a social media-fuelled panic.

At a press briefing later that day, Kariuki assured the public that the government’s rapid response demonstrated its preparedness for a coronavirus landfall in Kenya.

Samples had been collected from the patient, the health cabinet secretary said, and would be tested both in Kenya and in South Africa. She said the results would be made public within 24 hours.

Twenty-four hours passed – no news. Then two days passed. Kenyans wondered online why test kits for other viruses could yield results in hours, while a single case from Kenya was taking days to confirm and needed to be flown to South Africa?

Only on the third day, 31 January, did Kariuki emerge with the news that the sample had tested negative for 2019-nCoV.

By then Kenyans’ dismay at the lack of transparency in the testing process had turned into a much larger question: if testing one single suspected case takes so long, what are the implications if the country suffers a major coronavirus outbreak?

How do you test?

Testing for a novel pathogen is not as simple as many assume.

Unlike other kinds of routine diagnostic tests, like urine tests that look for proteins, a coronavirus test must identify actual nucleic acid – single-strand RNA, to be specific.

Testing for this kind of genetic material requires an RNA probe, which is a section of RNA that is complementary to a corresponding piece of known RNA in the 2019-nCoV virus.

But up until a few weeks ago, no scientists even knew the coronavirus existed, let alone had probes to test for it. 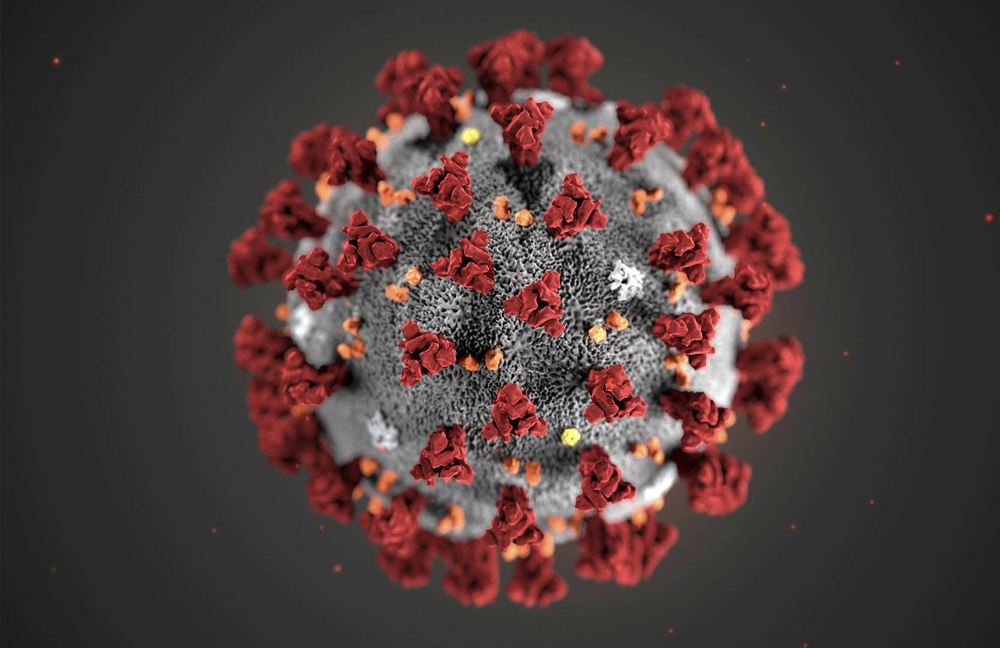 REUTERS
An illustration of the Novel Coronavirus (2019-nCoV) behind the outbreak of the respiratory illness first detected in Wuhan, China. The image was released by the Centres for Disease Control, Atlanta.

Usually, the kinds of probes and reagents necessary to run this test in a clinical setting take years to develop and to apply for regulatory approval, explained Ahmed Kalebi, a lead consultant pathologist based in Kenya, working with the private Lancet Group of Laboratories.

But, as soon as Chinese health authorities released the full genome of 2019-nCoV in mid-January, research-level labs such as the Centers for Disease Control (CDC) in Atlanta and other WHO-designated reference laboratories began preparing their own probes using the genetic sequence provided – what Kalebi and others in the industry call a “homebrew”.

Often, when people think of test kits, they think of “rapid kits” like those that test for malaria and can yield results almost instantly.

But, while rapid kits are easier to use, it is much more difficult to develop them and ensure accuracy. Rapid kits depend on a process called “immunoassay”, which detects not the actual genetic material of a virus but rather the antibodies that a person has developed against the infection.

“We have the oven to bake the cake, so to speak, but no ingredients.”

In order to develop an immunoassay-based test kit, researchers first need to develop the antigen protein that can be used to test the antibody - it’s a complicated process that takes more time, which is why rapid kits are only starting to be produced now.

Both public- and private-run laboratories in Kenya have the equipment to run molecular assays – used to analyse genetic material – but for now what is missing are the key probes and reagents.

“We have the oven to bake the cake, so to speak, but no ingredients,” Kalebi told The New Humanitarian.

So, when the suspected coronavirus patient was being rushed from the airport to hospital in Nairobi, the Kenyan Ministry of Health was already working to identify a suitable WHO-designated laboratory with access to 2019-nCoV probes and the right reagents to run a diagnostic test.

Only two laboratories in Africa – one in Senegal and one in South Africa – have these reagents, and act as referral laboratories for other countries, according to the WHO. An alternative would have been the CDC in Atlanta.

In the initial stages of an epidemic, the number of laboratories that can run diagnostic tests for a novel disease are very limited. Even in countries with more developed healthcare infrastructure like the United States, all suspected samples were initially tested only at the CDC in Atlanta.

Now, Ghana, Madagascar, Nigeria, and Sierra Leone have also reported they can conduct coronavirus tests, according to the WHO.

It noted that 29 African countries will be supplied with “the reagent needed to test samples for the virus”, with Kenya among the 13 prioritised countries because of the volume of traffic between Nairobi – East Africa’s business hub – and China.

Kenya’s National Public Health Laboratory should be receiving the reagents and probes within two to three weeks, Rudolph Eggers, the WHO country representative for Kenya, told TNH.

And this will be true not only for public research institutions like the Kenya Medical Research Institute, but also private diagnostic laboratories like Lancet.

How has Kenya performed?

The coronavirus outbreak is only a little over five weeks old and little is actually known about the microbe – from its incubation period to the process of human-to-human infection.

“All of those things are really being learnt about just day by day,” said Eggers.

“Will the health system be overwhelmed? I don’t know. It’s always possible.”

The government has had to deal with “scares”, with a jumpy public phoning in to a Ministry of Health 24-hour hotline. So far, a total of four people have been quarantined and all have tested negative.

“For the time being, the systems seem to be in place,” said Eggers. “Will the health system be overwhelmed? I don’t know. It’s always possible.”

But, he added, the Ministry of Health staff “are doing what they’re supposed to be doing, and for that, I’m actually quite confident.”

Behind the headlines: How will COVID-19 impact crisis zones? | Thursday 19 March

Aid agencies are scrambling to adapt as the COVID-19 pandemic is felt throughout the world. Join Senior Editor Ben Parker as he speaks to leading experts and practitioners from across the humanitarian sector to discuss some of the most pressing issues.