This article is part of our in-depth coverage. Read more like this...
BENI

What international news there has been from the Democratic Republic of Congo recently has centred on the unfolding humanitarian catastrophe in the south-central Kasai region. But the killing of at least 14 Tanzanian UN peacekeepers last week turned the spotlight momentarily onto the country’s eastern North Kivu province.

Far from being an isolated incident, the large-scale assault on the blue helmets’ base occurred amid a chronic and worsening security crisis in the neglected region that has deadly humanitarian implications for the civilian population.

It is still unclear who engaged MONUSCO’s Force Intervention Brigade for several hours on 7 December at its base at Semuliki in North Kivu’s Beni Territory – an indication itself of the region’s convoluted and constantly evolving conflict dynamics.

According to the UN’s emergency aid coordination arm, OCHA, more than one million people in North Kivu are displaced, including more than 400,000 who have fled their homes this year.

The Congolese state barely has a foothold in the east – an absence that partly explains the insecurity – and so the work of helping the population to cope with the protracted crisis is left largely to outside actors such as UN agencies and NGOs. This task is made much harder by mountainous terrain, dense rainforests, and a dearth of roads.

Parties to the violence include: dozens of non-state armed groups in constantly changing configurations; the national army, the FARDC, which mounts frequent offensives against these groups and which has regularly been accused of carrying out attacks on civilians; MONUSCO, which, despite its strained relations with the Congolese government, sometimes deploys alongside the FARDC in counter-insurgency operations; and criminal gangs that engage in kidnapping and banditry.

As Médecins Sans Frontières pointed out in an analysis published earlier this year, the lines between the armed groups and criminals are blurred.

“Armed robberies and kidnappings can take place in order to finance an armed campaign with a political objective and, inversely, armed clashes over territory take place in order to extract resources as an economic objective in and of itself,” it said. “Since those responsible for both political and criminal violence are largely the same, the intent of the violence becomes nebulous.” 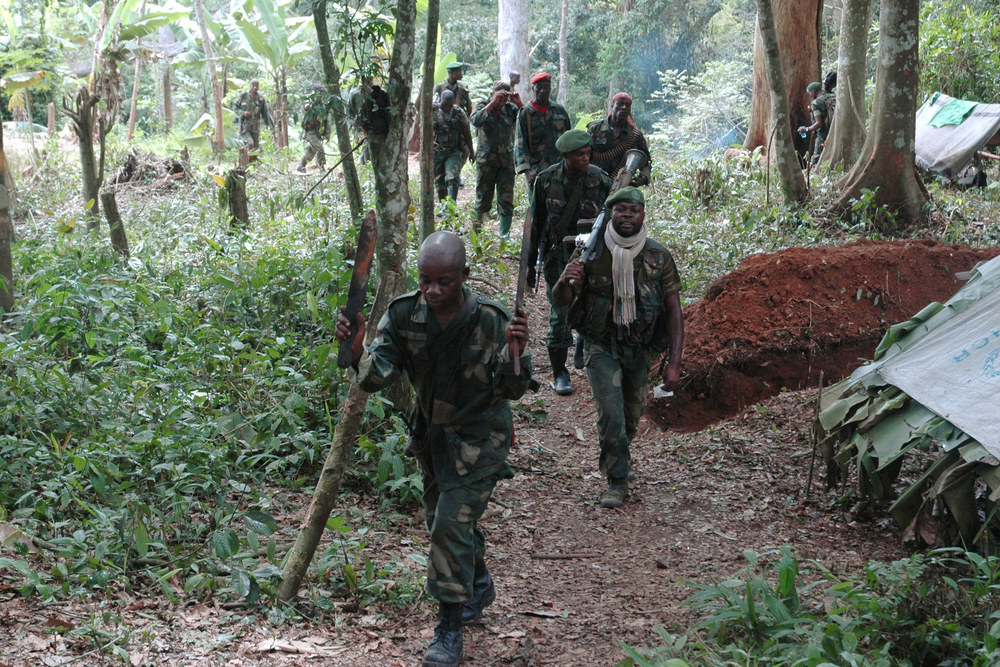 Much of the FARDC’s rank-and-file is made up of poorly trained and ill-paid former members of armed groups recruited as part of disarmament and reintegration programmes.

As well as prompting mass displacement, the violence in eastern Congo has left local communities with very limited access to healthcare, at the mercy of shortages of both basic drugs and medical personnel. Agricultural production is also well below the potential offered by the fertile soil; while unemployment and corruption are rife.

MSF identified some specific medical consequences of the region’s displacement, including malaria, other infectious diseases, and malnutrition, especially in the camps. “Sexual violence, in addition to diarrhoea and respiratory infections from difficult living conditions, [is] common to all communities rather than just the conflict-affected,” the study added.

The backdrop to the problems in the east, and in Kasai, is a political crisis set off by President Joseph Kabila’s refusal to step down at the end of 2016, when his second term in office expired.

Congo is still trying to recover almost 15 years after a civil war that tied in several of its neighbours and claimed up to six million lives, either from fighting or because of disease and malnutrition.

Some 8.5 million people need emergency assistance and protection across the vast country, which is about four times the size of France and facing one of the world’s largest and most intractable humanitarian crises.

Who attacked the peacekeepers?

MONUSCO has attributed the deadly raid on its base, which lies close to the Ugandan border, to “suspected ADF elements”, referring to members of the murky Allied Democratic Forces group.

Established in the region for 20 years, the ADF, now well embedded in the local community through ties of marriage, trade, and ad hoc alliances with other armed groups, has been widely blamed for a spate of massacres of civilians in the Beni area that began in earnest in October 2014 and were mainly carried out with machetes.

At least 800 people have been killed and 180,000 people displaced due to the violence, according to the Congo Research Group, an independent non-profit.

With alleged Islamist leanings, the ADF makes for a convenient scapegoat, but the tendency to attribute every atrocity in Beni Territory to the group obscures the area’s complex and deep-rooted conflict dynamics, political power struggles, and inter-communal rivalries (explored in great detail here).

For example, in 2015, the UN’s Joint Human Rights Office reported that soldiers from the FARDC’s 809th regiment took part in attacks on civilians alongside ADF fighters.

And a senior FARDC officer, Brig. Gen. Muhindo Akili Mundos, has repeatedly been accused in Congolese parliamentary reports, as well as those by the UN’s investigatory Group of Experts, of being behind civilian massacres in the region.

Numerous calls for an international criminal enquiry into the atrocities committed in the region have so far gone unheeded, while few are convinced that ongoing military trials of suspects will deliver justice.

According to Jason Stearns, director of the Congo Research Group, preliminary reports indicate that at least some of the MONUSCO base attackers wore FARDC uniforms. Other reports have described hundreds of heavily armed assailants.

The scale and intensity of the assault, not to mention the uniforms, have led some observers to conclude that the attack was beyond the capabilities of local actors and therefore had to involve the Congolese state in some kind of “false flag” operation.

Jean-Claude Maswana, a Congolese analyst working as a professor of economics in Japan’s Tsukuba University, accused the president of deliberately fomenting insecurity in the country, including in Kasai, to justify delaying elections and appointing his own successor.

“No matter how you see it, this latest killing is likely to be an operation by Kabila,” he said. “Even the original ADF [when it was better organised and stronger] couldn’t sustain a fight [lasting several hours] against Tanzanian soldiers. All this indicates a level of planning, organisation, and mastery of heavy weapons that even the original ADF can’t possibly have.”

Stearns wouldn’t go that far but said it was unlikely the group had acquired such significant firepower and possible it could have acted in concert with others.

“It’s true that the ADF have positions to the north of the Mbau-Kamango road [on which the MONUSCO base lies] and probably took part in the attack,” he told IRIN. “But in the past the ADF have often collaborated with other groups in the region, Mai-Mais and local militias, and it is possible this is the case this time too.”

Stearns suggested the aim of the attack might have been to gain control of the Mbau-Kamango road so as to dominate the zone.

Thousands of displaced civilians in the region have only recently returned to their villages after fleeing a wave of atrocities in 2014 and 2015. 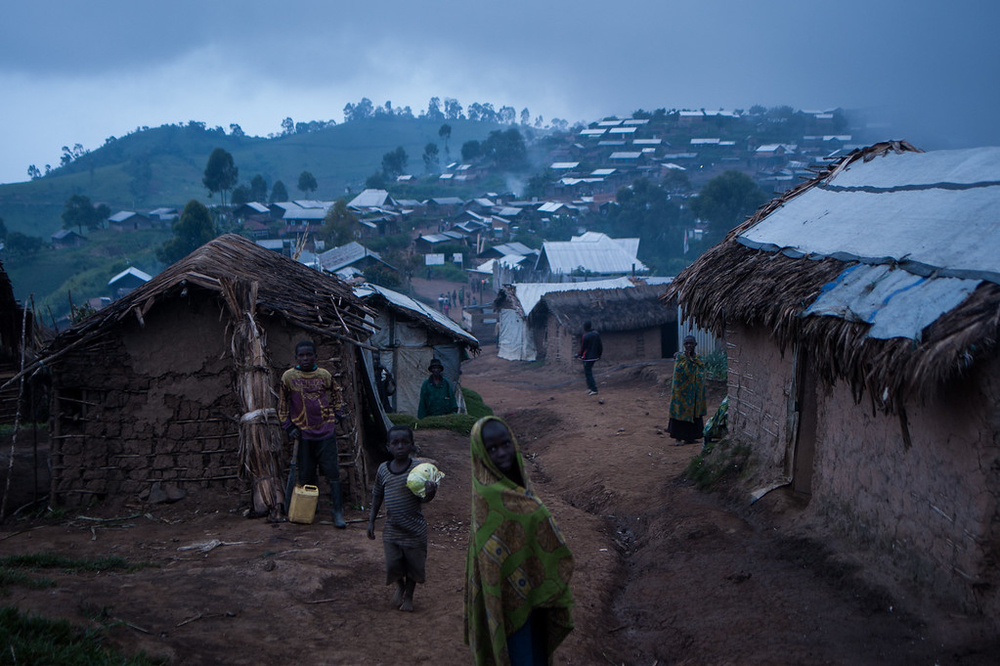 Residents of Mbau, a village located at the western end of the key artery, nearer the main city of Beni, told IRIN that the attack added to people’s constant fear of violence.

If the base’s attackers “were able to inflict so much damage on well-trained and well-armed soldiers, what will happen if they decided to attack civilians again, as they did in the past,” said Sesele Darlose, one recent returnee.

Other high-profile attacks have also unsettled people’s frayed nerves here. In October, 26 civilians were killed on the Mbau-Kamango road. Survivors said the attackers were dressed in new army uniforms.

“No one finds the presence of soldiers on this road reassuring,” a headman told IRIN in the village of Mukoko, asking not to be identified by name. “Those who attack us wear the same uniforms as the government army. That’s why the villages are abandoned.”

But what about the peacekeepers? They also “can hardly protect themselves,” he added.