After months of speculation, Turkey has launched an intervention – with the help of rebels it supports – in northwestern Syria. But what exactly is Turkey hoping to do, and how will the jihadis who control the province react, not to mention the civilians who have taken shelter there?

Turkish President Recep Tayyip Erdogan’s decision to step into Idlib follows a mid-September agreement with Russia and Iran, as part of the Astana peace process, to turn Idlib into a “de-escalation zone”, instituting a renewable six-month ceasefire policed by Turkish, Russian, and Iranian military observers.

According to the deal reached in the latest Astana meeting, Russian and Iranian troops will deploy in regions controlled by Syrian President Bashar al-Assad, while Turkey will be responsible for the interior of the enclave, reportedly by eventually deploying around 500 monitors across the region.

Turkey has barely begun to put its own boots on the ground in its bid to enforce the agreement, which notably did not include the main rebel group in Idlib: the al-Qaeda offshoot Tahrir al-Sham, previously known as the Nusra Front. Instead, it is massing tanks on the border with Syria and throwing its weight behind non-jihadi factions, collectively known as the Free Syrian Army.

Even as the deal comes into force, the Astana nations view Syria very differently – Russia and Iran support al-Assad, while Turkey backs rebels fighting his regime. But they each have something to gain from a long-term ceasefire in Idlib, even if that quiet is first brought about by violence.

What do the Astana nations want?

For Turkey, the Astana process represents a least-bad option. Russia’s September 2015 entrance into the long Syrian war on the side of al-Assad changed the rules of the game. It became clear to Erdogan that the Syrian president would remain in power, at least in some fashion, and Turkey would now have to strike deals with Russia to protect its interests.

Those interests will sound familiar to anyone who has been following events in neighbouring northern Iraq. “Turkey's priorities in Syria are – as they always have been – to prevent a Kurdish corridor and Kurdish self-rule next to its borders,” the Turkish Middle East expert and journalist Cengiz Çandar told IRIN last month.

The desire to keep Kurdish fighters away from its border, combined with American military support for the same Kurdish groups fighting so-called Islamic State in Syria, made it expedient for Turkey to draw closer to Russia and Iran, Çandar explained.

Astana, with its deal to transform Idlib into a de-escalation zone, marked a major shift in Turkey’s Syria policy. It is, as Çandar puts it, “the last link in the chain in which Turkey placed itself more under the Russian umbrella.” 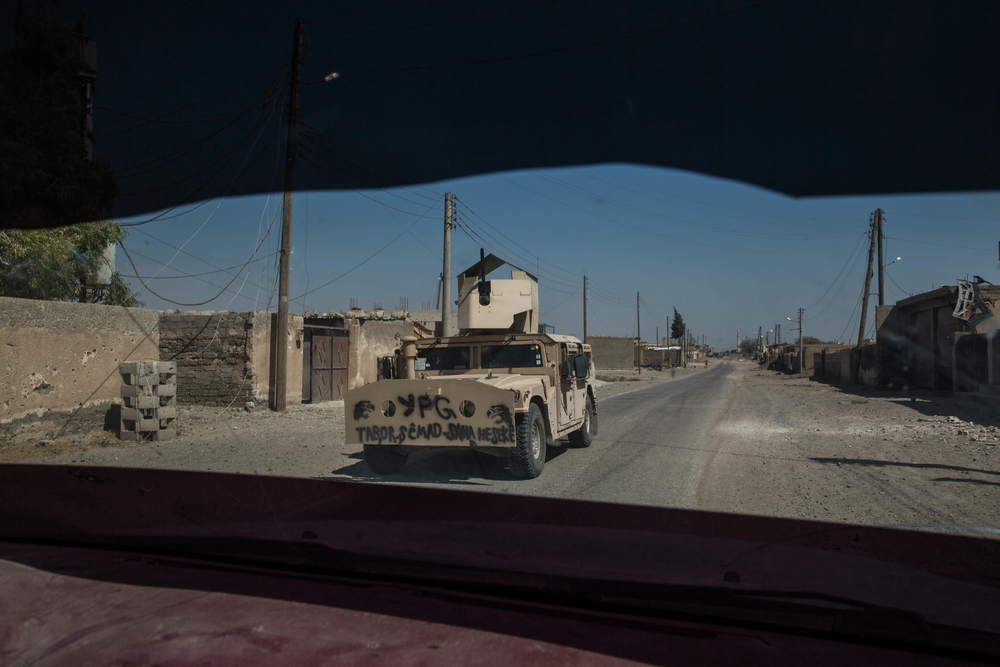 Erdogan-friendly Turkish media ties the expected Idlib intervention to the Kurdish-controlled Afrin region just north of Idlib, suggesting that Ankara’s long-term plan is to trade services with Moscow and Damascus: We pacify Idlib, you let us deal with the Kurds.

What Russia and Iran are hoping to achieve is less obvious, but by drawing Turkey into talks over issues other than regime change at Astana, they have reduced pressure on the Syrian government and allowed al-Assad to refocus his military attention on eastern Syria, where his troops recently broke a long siege by the so-called Islamic State on Deir Ezzor.

A Turkish intervention could also drive a wedge between Syria’s rebels, some of whom are firmly in Erdogan’s camp while others view Turkey’s emerging pact with Russia with great suspicion. And for Moscow, making a NATO member state like Turkey dependent on Russian goodwill has only upsides.

For its part, al-Assad’s government seems uncomfortable with the de-escalation zones drawn up in Astana, worrying that rebel-ruled territories may eventually gain international legitimacy and permanence. But Damascus doesn’t have a whole lot of options, and the Syrian Foreign Ministry also finds much to like in the latest deal, which it portrays as a way “to restore life to the old Damascus-Hama-Aleppo road.”

Reopening that road, known as the M5 Highway, would greatly assist in restoring normality and stability to government-ruled western Syria, as al-Assad tries to shift the focus to reconstruction. An increased flow of goods along the M5 might also help him tickle Jordan into reopening its own border with Syria.

There remains a slight problem, however: Idlib is full of rebels, not to mention civilians who have been displaced, often forcibly, from elsewhere in the country.

To deploy there, Turkey must either negotiate with the dominant local force – namely Tahrir al-Sham – or fight its way in. And that could get bloody.

Turkey has long exerted influence over Idlib by regulating the border traffic and supporting a variety of rebel groups. But, in the months preceding the Astana deal, pro-Turkish factions in Idlib were decimated by Tahrir al-Sham, which opposes the Astana process and accuses rebels who support it of doing Russia’s bidding.

The jihadi power grab ruined any hopes for a negotiated solution to the war in northern Syria, setting Idlib on the path to international ostracism and military re-conquest. Turkey worries that if al-Assad someday tries to retake the area militarily, it will send hundreds of thousands of civilians fleeing its way.

Tahrir al-Sham’s growing dominance is also raising concerns among aid organisations and Western donor states, who fear they could be empowering anti-Western extremists. But cutting off aid deliveries to Idlib would trigger an instant humanitarian disaster.

As one of the last accessible refuges for Syrians wanted by al-Assad’s government, Idlib has received more than half a million internally displaced persons (IDPs) from outside the province in the last two years alone, according to UN statistics. Linda Tom, a Damascus-based spokesperson for the UN’s emergency aid coordination body, OCHA, told IRIN Idlib is now thought to hold some two million civilians, of whom “a substantial portion are internally displaced, many more than once.” The humanitarian situation is dire: three in four depend on foreign-funded assistance.

“People here are really afraid of the future,” Rajaai Bourhan told IRIN in August. A journalist and activist forced to leave his hometown of Madaya in April, Bourhan has now spent half a year in Idlib, watching as the situation grows increasingly tense. “Many families can't afford food in Idlib, and aid is a major part of their income,” he said. “I've been hearing people talking about Europe cutting the aid and talking about another Gaza Strip situation… people are worried.”

Since the Tahrir al-Sham takeover of Idlib, Turkey has supported plans to form a new rebel leadership, hoping to shift the balance back in favour of non-jihadi, Turkey-friendly Free Syrian Army factions.

Since these groups can no longer operate freely in much of Idlib, Turkey will be drawing on allies from the Aleppo region for this latest move.

Aleppo was the site of a previous Turkish-led intervention in summer 2016 known as “Euphrates Shield”. Ankara has for months been prodding the Euphrates Shield rebels to unite, culminating in their 25 September announcement of a new local leadership headed by Turkish clients. That force will now form the tip of Turkey’s spear in Idlib, with some factions already en route from Aleppo to the province, through Turkish territory.

“The FSA [Free Syrian Army] is currently carrying out the operation and our soldiers are not there,” Erdogan said on Saturday, adding that air support for the operation will come from Russia.

The promise of Russian power from above hasn’t gone down well with the Syrian opposition. The Russian Air Force is certainly a very capable ally, but it has spent the past two years bombing Idlib on al-Assad’s behalf, with little concern for civilian life. According to UN Regional Humanitarian Coordinator Panos Moumtzis, Russian and Syrian bombing killed 149 civilians in Idlib between 19 and 30 September, most of them women and children.

The Syrian rebels view Moscow and Damascus as birds of a feather and most are shocked at the idea of seeking support from Russia. Tahrir al-Sham warned as recently as last month that rebels involved with the Astana process would end up fighting under Russian air cover – what then seemed like jihadi hyperbole has now become official policy. Erdogan may think he has made a clever deal, but his Syrian allies are mortified.

If the Turkish intervention triggers large-scale fighting with Tahrir al-Sham, or some faction of the group, it could have severe consequences for civilians and for the delivery of humanitarian aid into Idlib, says OCHA’s Tom, noting that the border area hosts a large number of vulnerable IDP settlements. 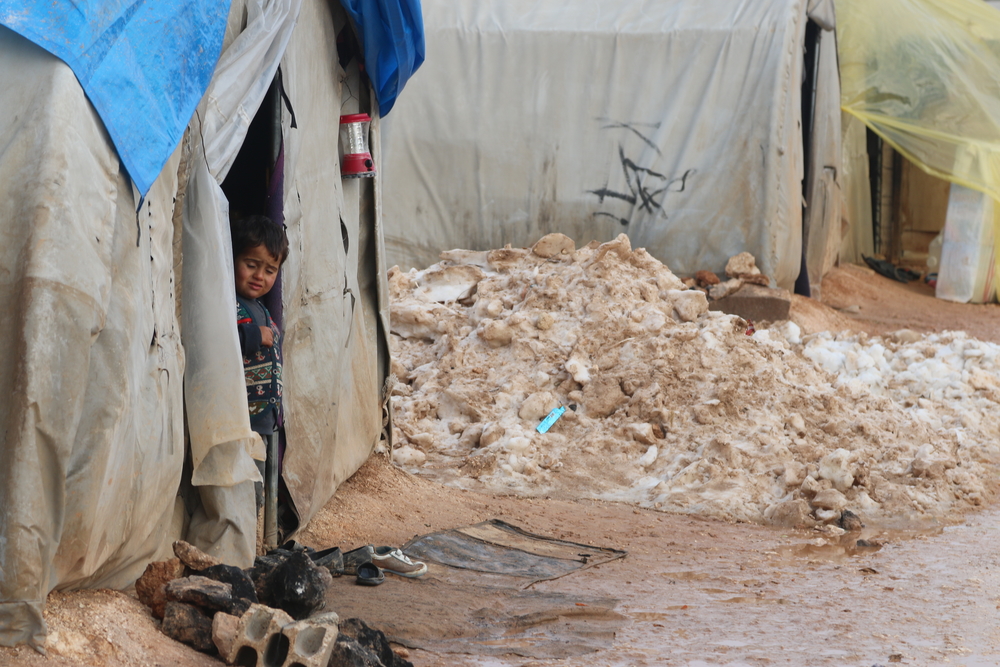 “The UN calls on all parties to the conflict to warrant permanent and unhindered access by all humanitarian actors,” she said.

Preparing for the worst, Turkey’s Disaster and Emergency Management Presidency (AFAD) and the Turkish Red Crescent are reportedly planning new tent camps along the border inside Syrian territory, and preparing to transfer civilians to the Aleppo region if the number of IDPs grows too large to handle.

However, there’s still a chance the Turkish intervention will be a relatively quiet one.

How will Tahrir al-Sham react?

The Turkish government has made no secret of the fact it hopes to avoid fighting in this intervention altogether, presenting its entrance as a way to support the Astana ceasefire rather than as an attack on the jihadis.

To that end, although Turkish artillery fired into Idlib on Sunday, Turkish military vehicles were also seen travelling under Tahrir al-Sham guard to negotiate with them.

In trying to persuade Tahrir al-Sham to let military observers through, Turkey will likely downplay the ramifications of its deployment and seek tacit approval for a strictly limited operation. But Tahrir al-Sham will need to consider the long-term threat posed by a Turkish presence that would breathe new life into the rival rebel groups it crushed this summer. Many jihadi hardliners also oppose cooperation with Turkey on religious grounds, accusing Erdogan’s government of being secular and friendly to the United States and Russia.

Tellingly, Tahrir al-Sham has so far phrased its response to Erdogan exclusively in terms of resistance to Russia and al-Assad. A statement issued over the weekend studiously avoided any mention of Turkey, even though the intervention would be run by the Turkish army, and instead launched a furious attack on the Euphrates Shield groups and rebels willing to work under Russian air cover.

“The factions of treachery that have taken a stand with the Russian occupier must know that Idlib will be no picnic for them, and that the lions of jihad and martyrdom lie in wait for them,” Tahrir al-Sham warned. “He who wishes to deprive his mother of a son, his children of a father, and his wife of a husband, let him set foot here.”

With negotiations apparently still under way, it’s hard to read the tea leaves. Tahrir al-Sham could take up arms against Turkey and its rebel allies, or it could merely be sabre-rattling to keep the group united and wring additional concessions from Erdogan. The answer matters greatly to Syria’s rebels, the jihadis, and to Ankara, Moscow, Tehran, and Damascus, but it will matter most to the two million civilians who remain trapped in northwestern Syria. For many of them, it’s a question of life and death.