Uganda, the country with the world’s fastest growing refugee burden, is failing to secure the help it needs to care for those forced across the border from South Sudan by war and hunger.

Close to one million South Sudanese refugees, 86 percent of them women and children, have settled in northern Uganda as a result of the crisis. On average, 2,000 people arrive each day.

The unprecedented mass influx is putting enormous strain on Uganda’s already limited public services, and fragile local resources like land, firewood, and water. That, in turn, is fanning tensions between the refugees and host communities.

The international community is struggling to respond to a crisis of this scale. In June, Uganda and the UN appealed for $2 billion to support the country’s total refugee caseload of 1.3 million for the next four years. Just $350 million has been raised. 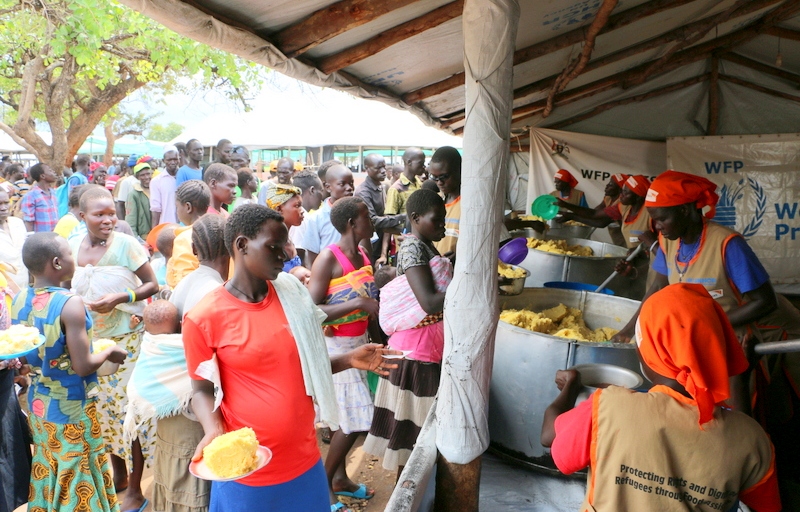 Samuel Okiror/IRIN
That same month the World Food Programme cut its rations to refugees by 50 percent and warned of further cuts to come. WFP needs $117 million for the next six months, but has a $65 million funding gap.

Until fleeing to Uganda, Ben Lam was the county administrator for the ruling Sudan People's Liberation Movement in Magwi County, and a man of substance.

Now he is just another refugee in Arua district’s Imprevi settlement; dependent – like his wife, six biological children, and five additional kids he took in – on an unreliable supply of aid.

His list of needs is long, but “whether we have something to eat or not, at least here is safe. We can sleep and move. A better time will come, provided that we are alive.”

Uganda has been praised for its progressive refugee hosting policy. Refugees do not live in camps but looser settlements, and have the right to work and access social services.

The country was chosen as one of the key testing grounds for a new global compact – the “Comprehensive Refugee Response Framework”. The initiative is meant to ease the pressure on host countries, but the disappointing level of funding suggests it’s not off to a flying start.

“Unless new funding is received in the coming weeks, WFP will not have enough cereals, maize meal, and beans to meet the full food needs of refugees in Uganda,” said Lydia Wamala, a WFP spokeswoman in Kampala.

A UN report noted that Uganda spent over $323 million in 2016/17 on the protection and management of refugees, and on the provision of essential services. That is equivalent to 46 percent of the country’s annual education budget and 62 percent of its health expenditure.

But there are shortages across the board for the refugees encamped in five vast northern settlements – from shelter to healthcare and sanitation.

“Ugandan host communities in the north have shown exceptional generosity by welcoming refugees with open arms,” said Charlie Yaxley, a spokesman for UNHCR, the UN’s refugee agency. “However, this is not something Uganda can tackle alone.”

Western public opinion is not only opposed to taking a greater share of the refugee burden, but it’s also against “their government’s spending money to help refugees where they currently find themselves,” said Phil Clark, a Great Lakes expert at SOAS, University of London. “This leaves refugee populations extremely vulnerable.” 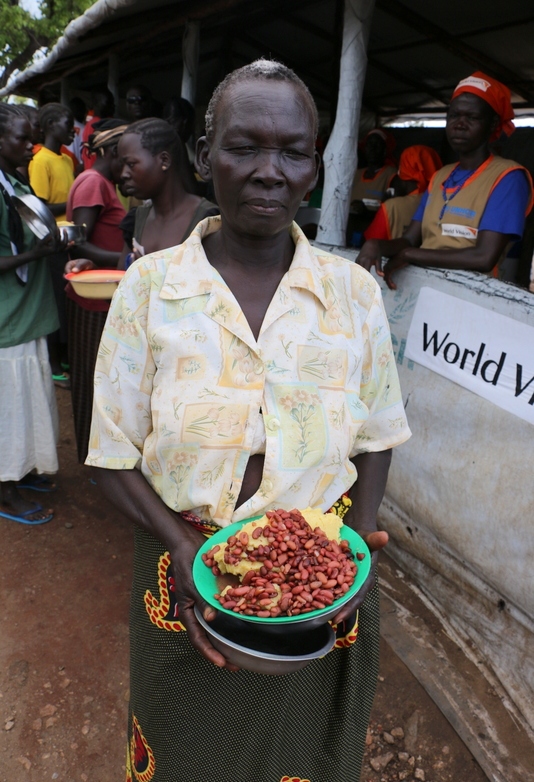 Bidi Bidi is one of the largest refugee settlements in the world. As just one example of the needs, some 55,000 children are crammed into 12 overcrowded schools lacking teachers and learning materials.

“Our refugee children are studying in temporary structures,” said Robert Baryamwesiga, the settlement commandant for Bidi Bidi. “They are supposed to [last for only] three months. Now we are going to a year and still using them.”

According to Baryamwesiga, 50 percent of refugee children do not attend school. “Many of them are unaccompanied or separated children,” he noted.

Save the Children has warned of an education emergency. “There is a real and present danger that an entire generation of refugee children will be deprived of the education they need to rebuild their lives,” the agency said in a recent report.

Thousands more children are suffering from trauma and are not receiving the mental health support they need. “It is vital these children receive dedicated, professional help,” said Henry Makiwa, spokesman for the development agency World Vision UK.

To draw attention to the plight of the estimated 700 traumatised children that arrive in Uganda each week, World Vision has launched a #BearsOnStairs campaign. It will culminate with an event on the steps of London’s Saint Paul’s Cathedral on Thursday.

In theory, the refugees could be an asset rather than a burden to the host communities. Their presence should attract donor-funded development like roads and schools – part of the bargain the CRRF envisaged.

But a USAID report released in May warned that tension is rising between host communities and refugees over access to services and local resources.

“The fact that refugees can access food but not the host communities is not going down well with some community members,” the report said. ”Rising social tension between refugees and host communities has the potential to degenerate into secondary conflict.” 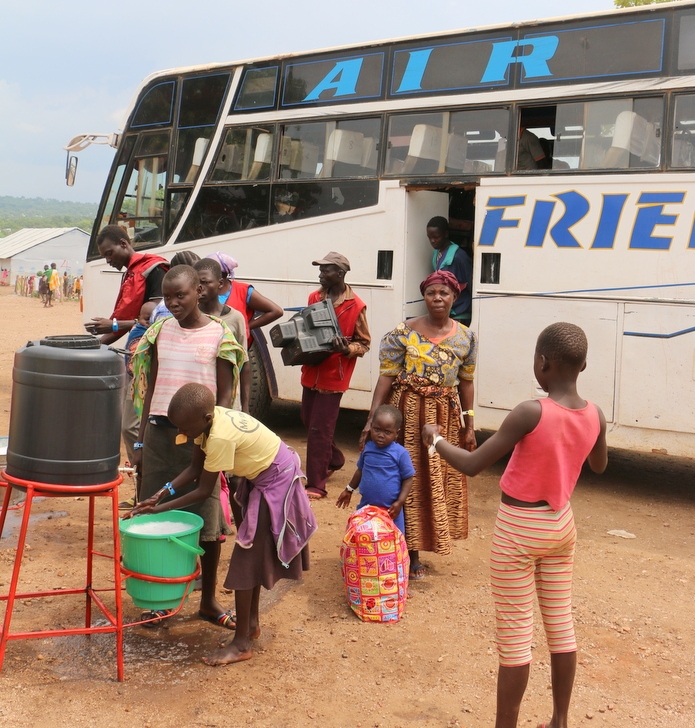 “We compete for resources like land and water, which don’t expand,” he told IRIN. “There are concerns over the environment as trees are being cut [down] and not replaced.’

According to Clark at SOAS, “the growing perception in many host communities is that the state is privileging refugees over its own citizens.”

Lino Ogora, a peace activist based in the northern town of Gulu, argues that the resentment of the host communities “is an indicator of the poor facilities and services provided by the government to its own people”.

The refugees should not be blamed for this, “but rather the government should be the one to put its house in order.”

The longer-term solution to the refugee crisis in Uganda lies in an end to the conflict in South Sudan. There, fighting since 2013 has internally displaced close to two million people and left 5.8 million in need of aid. But regional and international peace efforts have stalled and the violence shows no sign of abating.