It’s been a tumultuous year: shock election results, the Brexit referendum, a nervy global economy, and a raft of extremist attacks – all of which have had impacts on migratory movements and the way countries have responded to them.

There is no sure way of predicting where the next refugee crisis will come from, but some strong policy trends have emerged. And what is striking is how similar those policies are becoming, despite widely varying contexts.

In the developed world, populist right-wing parties have successfully scapegoated migrants and refugees and convinced electorates they must be deterred at all costs. In the developing world, this has turned migrants into powerful bargaining chips that can be used by origin and transit countries to extract maximum sums of development aid and other concessions.

How all this plays out in 2017 will depend to some extent on how successful moderate politicians and civil society leaders are at pushing back against policies that will do little more than deflect migratory movements from one country to another.

Here are the key developments we expect this coming year:

For all its flaws, the EU-Turkey migration agreement will be the blueprint for the EU’s continuing strategy of outsourcing its migration problems. The accord was intended to give the EU breathing space while it developed more sustainable policies, but member states have failed to reach consensus, and the deal with Turkey will be shored up even if it means turning a blind eye to human rights abuses by President Recep Tayyip Erdogan’s government. Meanwhile, similar deals with third countries will be sought in an effort to close off the Central Mediterranean, now the most visible irregular migration route into Europe.

In the absence of a functioning central government in Libya, the main departure point for smugglers’ boats, the EU has had to look further afield and is now in the process of negotiating agreements with Mali, Niger, Nigeria, Senegal, and Ethiopia. As part of the Partnership Framework for cooperation with third countries launched in June this year, we’re likely to see the EU pushing for more cooperation agreements with countries of origin and transit in Africa in 2017.

“It’s a looking-outwards approach because we don’t know how to deal with it internally,” says Elizabeth Collett, Europe director of the Migration Policy Institute in Brussels. “There’s more interest in prevention and deterrence than finding alternative [legal pathways]. National elections and domestic politics will prevent pursuing those alternatives.”

Agreements with third countries are unlikely to yield results in the short-term (in fact it’s questionable how much impact they’ll have even in the long term). In the meantime, the only plan for dealing with continued arrivals to Europe is to keep them for as long as possible in Greece and Italy, but the pressure on both countries is already approaching breaking point.

Migrants and refugees wait outside Moria reception centre on the Greek island of Lesvos. A new finge 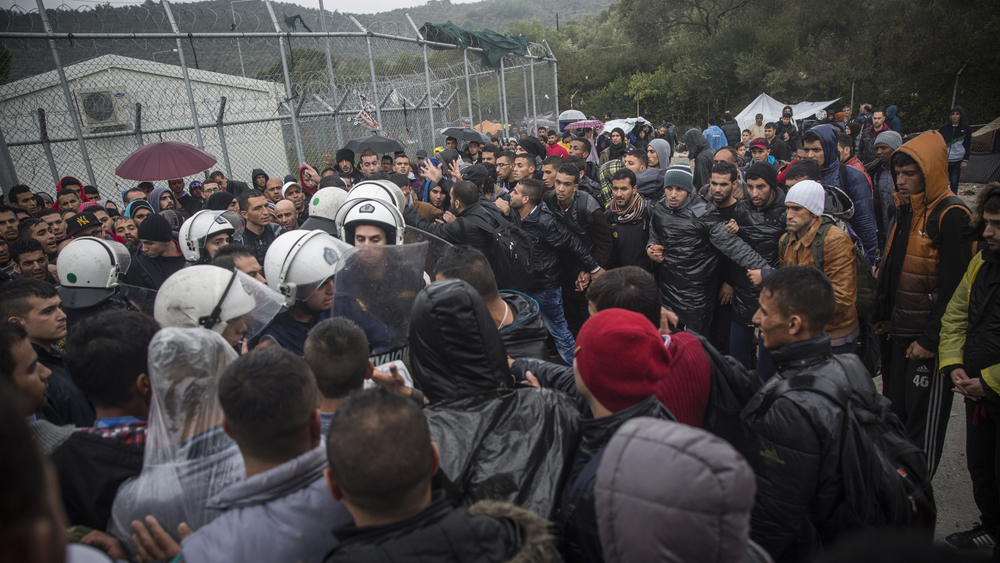 Alexander Betts, director of Oxford University’s Refugee Studies Centre, predicts that in 2017 the EU will push for quicker processing and returns of asylum seekers from Greece to Turkey and stepped-up patrols in the Aegean. He added that the referendum outcome in Italy and the resignation of Prime Minister Matteo Renzi, who was “a voice of moderation in the refugee space”, could deal a blow to progressive asylum policies in that country. Early elections are likely to be held in June 2017 and could yield a victory for the anti-immigration Five Star Movement party.

It will take time for Donald Trump to deliver on many of his election promises on immigration. At this stage, it’s unclear how many of those promises he will even pursue. In interviews, he’s indicated that deporting between two and three million immigrants with criminal backgrounds would be his first priority. It’s a big drop from his campaign pledge to deport all 11.3 million undocumented migrants living in the US but it’s still probably an inflated number, according to Doris Meissner, who heads the Migration Policy Institute’s US immigration policy programme.

“Our number of those with criminal backgrounds is about 820,000, of which 300,000 could be categorised as serious criminals and [deporting them] is the priority of the current administration anyway,” says Meissner.

Since being elected, Trump hasn’t repeated his promise to rescind President Barack Obama’s executive order exempting migrants who arrived in the US as children from deportation, known as the Deferred Action for Childhood Arrivals (DACA).

Meissner says there has been strong mobilisation in defence of the DACA programme from some surprising quarters, including business leaders, the military, and Senator Lindsey Graham, a prominent Republican who is co-sponsoring a bi-partisan bill to preserve the status of the DACA population through legislation called the Bridge Act.

Meanwhile, the state of California and several major cities will likely push back against any efforts to scale up deportations by refusing to cooperate with the federal government and providing free legal aid to people trying to fight deportation. “It’s a clever strategy because our immigration court system is already so backlogged that people who fight deportation will be in a very long line. It could bring the system to its knees,” says Meissner.

Under the Obama administration, the US has partnered with Mexico to intercept and deport Central Americans fleeing gang violence in the Northern Triangle (El Salvador, Honduras, and Guatemala) before they reach the US border and claim asylum. The Mexican government may be less willing to work with a Trump administration in the wake of highly offensive comments about Mexican immigrants he made on the campaign trail, but Meissner predicts that Mexico’s own interests may be served by continuing to police its southern border. But while Mexican immigration authorities have the power to deport Central Americans, they have no deportation agreements with countries in Africa and Asia, whose citizens are increasingly traversing South and Central America to reach the US. The numbers of Haitians, Africans, and Asians claiming asylum at the US border is likely to continue growing in 2017. 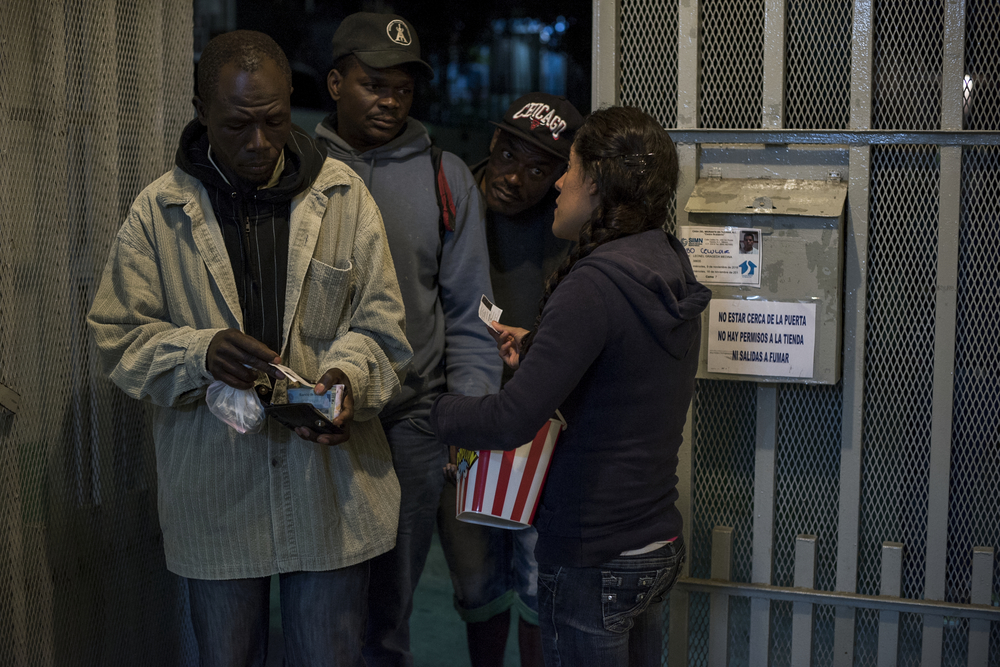 Trump’s appointment of retired general John Kelly as homeland security secretary is also significant for migration towards the US border. Having only recently stepped down as head of the US Southern Command, responsible for US military activities in South and Central America, he will be well aware of the drivers of displacement in the region and the need to address those drivers, in addition to ramping up enforcement. He has been a champion of the Alliance for Prosperity, a $750 million programme of assistance to Central America, and is expected to moderate some of Trump’s more extreme positions on irregular migration.

The Trump effect on refugees

The biggest immediate Trump effect will likely be on the US’s refugee resettlement programme, currently the largest in the world. Trump has promised to suspend admissions of refugees from several predominantly Muslim countries, including Syria.

“Scaling back refugee resettlement is something Trump could do quite quickly, and if he really wanted to he could shut down cases that are already in the pipeline,” says Meissner.

Trump could also slash US contributions to the UN’s refugee agency, UNHCR, which currently depends on the US for 40 percent of its funding. He is also unlikely to show the same leadership that Obama has in terms of appealing to other nations and the private sector to fund refugee responses.

Declines in funding from the US (and potentially even from the EU if populist parties win more elections in 2017) could see UNHCR and other major international NGOs playing a less prominent role in the international refugee regime. Jeff Crisp, a former head of policy at UNHCR, predicts this could open the way for other actors, particularly in the development, civil society, and private sectors to fill some of the inevitable gaps in support to refugees.

Betts of the Refugee Studies Centre says UNHCR will reach a crossroads in 2017 and will need to develop a clear strategy for weathering the current political climate or risk irrelevancy. Cuts in funding and resettlement places as well as more nations ignoring international refugee law will put the agency in “a very challenging position”, says Betts.

“At the moment, its response predominantly has been to reassert the old principles and values. My concern is that while they might be, in absolute terms, the right values, in the current climate, they will struggle to stick to those objectives without a clear political strategy.”

The impact of former UNHCR chief, Antonio Guterres, taking the helm as UN secretary-general in 2017 may be a greater focus on the underlying causes of displacement, says Betts. Guterres could also help foster “a favourable political space” in which to develop the global compacts on refugees and migration that UN member states committed to in September.

Greater controls on migration in Europe, the US, and Australia have not gone unnoticed in the developing world, where the vast majority of refugees are still hosted. Possible cuts in UNHCR’s funding and continued flows of refugees from Syria, South Sudan, Iraq, and Afghanistan will add to the existing pressure on major host countries, including Turkey, Uganda, Kenya, and Pakistan.

In November, Kenya postponed the closure of Dadaab refugee camp, home to 261,000 Somali refugees, but a new deadline is looming at the end of May and, despite the lip service to voluntary repatriations, Dadaab’s residents are faced with the real threat of forced return to insecurity in Somalia in 2017.

Afghan refugees in Pakistan are also in the midst of a temporary reprieve from forced return. A repatriation programme that has already seen more than half a million Afghans returned in 2016 has been put on pause until 1 March. But Pakistan has set the end of March as the deadline for all Afghan refugees to leave the country before it starts deporting them. Meanwhile, Iran has also been returning large numbers of undocumented Afghans in recent months and Europe plans to scale up deportations of failed Afghan asylum seekers in 2017. 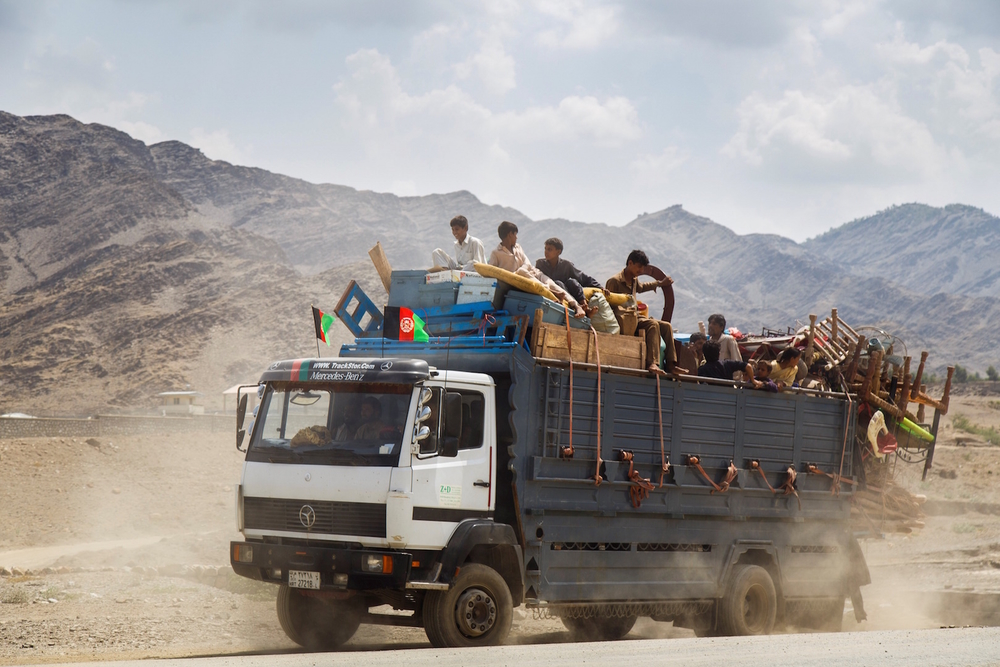 With worsening insecurity in Afghanistan, Tuesday Reitano of the Global Initiative against Transnational Organised Crime predicts many returnees will attempt to migrate again.

“People generally feel insecure and the desire to move is high and there’s a lot of money to be made there [by smugglers]. I think we’ve been not paying enough attention to what’s going on there.”

While there’ll be a continued trend of hardening attitudes towards migrants and refugees in 2017 in many parts of the world, it’s worth remembering that the priority for governments is to be seen to be taking action to deter migrants. Creating that perception with electorates is often more important than delivering real results in terms of bringing down immigration figures.

Trump’s promise to build “a big, beautiful wall”, which almost certainly helped win him the election, is already being dismissed as unfeasible and largely symbolic. And the EU continues to over-promise the extent that agreements with third countries can deliver a drop in arrival numbers.

“The messaging of all these policies is over-taking real capacities of what’s feasible,” says Collett of the Migration Policy Institute. “We’ll see it more and more in 2017, this gap between messaging and implementation.”

(TOP PHOTO: Hundreds of refugees and migrants crossing the Mediterranean aboard a fishing boat, moments before being rescued by the Italian Navy as part of their Mare Nostrum operation in June 2014. Massimo Sestini/The Italian Coastguard​)