Something odd was happening outside the Dalori camp for displaced people on the outskirts of Nigeria’s northeastern city of Maiduguri.

In front of the gates, a group of men in a mixture of civilian and military outfits were shovelling bags of blankets and plastic goods into an auto rickshaw, known in Nigeria as a ‘keke’.

The cherry on top of this illicit sundae was a printer, still in its box, shoved with such force into the overloaded three-wheeler that it nearly toppled over. Kick-started into life by a nearly invisible driver, the keke struggled up a small embankment onto the pot-holed road and was gone: brazenly carting away donations made to some of the world’s most vulnerable people.

The theft of relief materials for the 20,000 displaced people in Dalori is criminal and reprehensible. One aid worker at the camp, who has witnessed such behaviour repeatedly, remarked that it was like “stealing from a corpse”, in light of how little assistance the IDPs receive.

It also points to a larger problem over the management of the 244,000 displaced people who have fled Boko Haram violence and settled in 75 government-run sites.

According to the UN’s Guiding Principles on Internal Displacement, the management of IDP camps is usually vested in “existing government agencies with relevant mandates”.

Chibok girls – do we really care?

Boko Haram is losing, but so is food production

In Nigeria’s case, that would be the Emergency Management Agency at the individual state level. But, in reality, IDP sites are effectively under military control. Armed soldiers, police, and a paramilitary vigilante group known as the Civilian Joint Task Force (CJTF) protect the camps, and the military provides the final authorisation on who is allowed to enter.

While officially justified on the grounds of the Boko Haram security threat, the military’s role poses problems for the displaced, state authorities, and humanitarian agencies alike. It goes further than merely securing the camp from external threats; soldiers are also frequently tasked with the distribution of relief, particularly in remote areas that are more vulnerable to attack.

There is an obvious practical reason, according to Hamsatu Allamin, coordinator in the northeast of the UK-funded Nigeria Stability and Reconciliation Programme, a conflict reduction initiative.

“In communities like Bama and Dikwa [previously Boko Haram strongholds], there is no civilian government presence, no INGO presence,” Allamin explained. “There’s only the military to care for the IDPs, deliver food, fight the war, and protect the people.”

The UN refugee agency, UNHCR, argues that the security threat in the northeast means the humanitarian effort cannot be independent of the military.

“You are dealing with an insurgency, a faceless insurgency,” a UNHCR official, who asked not to be named, told IRIN. “In other situations you have people with an objective, who you can negotiate with. People here are killing for the sake of killing.”

In February, a Boko Haram double suicide bombing took the lives of at least 56 people in an IDP camp in Dikwa, 80 kilometres northeast of Maiduguri. This week, the army thwarted an attempted attack against IDPs in Monguno, close to the Chadian border, shooting dead two female suicide bombers. A third suspect’s explosive vest detonated prematurely.

The militarisation of IDP camps presents Boko Haram with an even more tempting target. But the blurring of the lines between civilian and insurgent, between humanitarian intervention and security surveillance, also invites abuse within the camps. 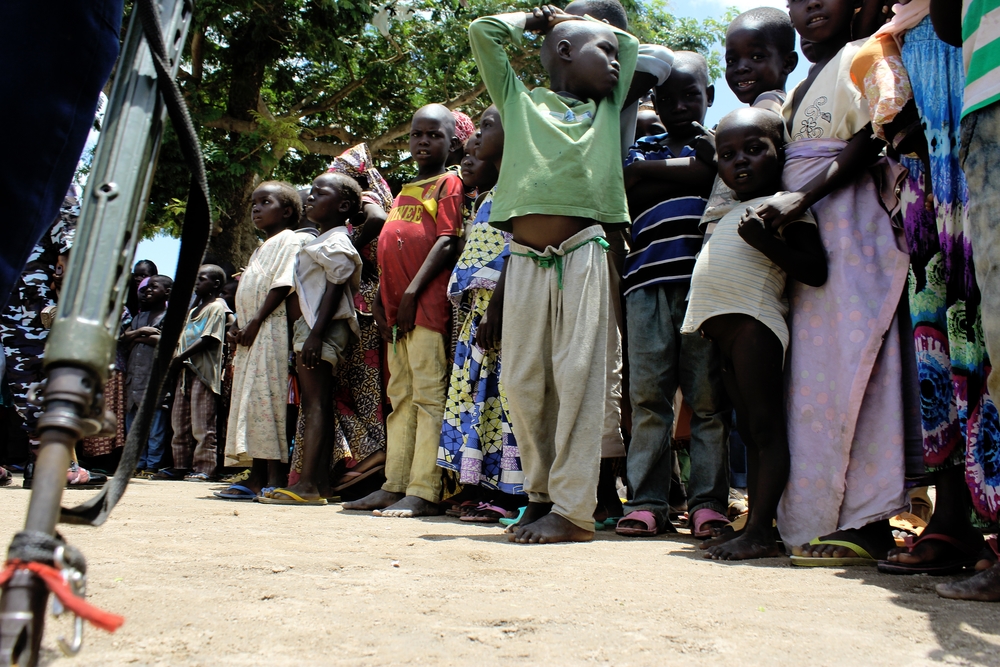 Organised theft, like the scene at Dalori, is not uncommon under conditions of weak accountability.  A UN official, who like all others interviewed for this story requested anonymity, recounted a case in which ambulances filled with goods for IDPs were allegedly “packed up in the night and taken away” by soldiers and vigilantes.

Even more serious is the impunity the security forces appear to enjoy when it comes to sexual abuse and harassment.

“The soldiers and vigilantes harass the women in places that you cannot see it, but we have heard so many reports,” another UNHCR official said. “When they want to go out, access food, or get help, they are forced to give sex.”

There is no effective system to address abuse by the military. “Reports would have to go to the security officials, but they are the ones most often committing the abuses,” one UN official explained.

Despite the fact that living in a formal camp comes with healthcare, some psychosocial support, and food assistance, conditions are such that out of the 1.8 million officially displaced in the northeast, more than 87 percent elect to live outside the camps, among relatives and friends in the community.

The brutality and lack of professionalism of the Nigerian military are long-standing problems – it’s a history punctuated by excesses against civilians, for which the armed forces have widespread impunity.

And Boko Haram capitalises on that bitter narrative. One teenage girl living in a government-run camp in Maiduguri was initially terrified of being settled there because of the soldiers and police she saw manning the gate.

She told IRIN that Boko Haram had told everyone in her village: “Beware of the Nigerian military, because if they find you they will kill you!”

Borno State Govenor Keshim Shettima recognises that the militarisation of the relief effort poses a threat to its humanitarian character, and the quality of the care provided.

“We have done as much as possible to secure the camps, but also to demilitarise them,” he said. “That is why we have increased the presence of the police, the Nigerian Civil Defense Corps, the CJTF.”

But as the insurgency winds down, the best hope is that civilians will be able to soon leave the camps and return to their homes in safety.