Alicia* was 14 years old when she was raped by members of one of the violent criminal gangs that have made El Salvador the homicide capital of the world. Pregnant and facing the threat of further violence, she negotiated the hazardous overland route to the United States, where she had family. However, once there, she struggled to find a lawyer who would take on her asylum case.

Alicia might seem like an obvious candidate for refugee status, but both international and US refugee law are very specific about who is eligible for international protection. They must have been persecuted in their home country or have a well-founded fear of persecution “on account of race, religion, nationality, membership in a particular social group or political opinion”.

Generalised criminal violence is not a basis for claiming asylum. The only hope for claimants fleeing gang violence in El Salvador, Honduras, and Guatemala – Central America’s troubled Northern Triangle – is to make the case that they were targeted by gangs because they belonged to a “particular social group”.

No lawyer, no chance

Allegra Love, the New Mexico-based immigration lawyer who told IRIN about Alicia’s case, explained why lawyers were so reluctant to take it on. “There was no social group we could tie her to,” she said. “She wasn’t targeted for any reason other than that she was a young girl living in an extraordinarily violent place.”

Such cases are very difficult to win even with a dedicated lawyer prepared to put in hours of research and preparation. Most asylum seekers can’t afford to pay for an attorney anyway. “They’ve already spent thousands of dollars they don’t have to get here,” Love pointed out. There is no right to legal aid for immigration cases and there is a shortage of lawyers like Love prepared to do such work pro bono.

Court data shows that about 60 percent of asylum seekers from the Northern Triangle have no legal representation. Without a lawyer, said Love, individuals like Alicia struggle to negotiate the complex and backlogged US asylum system and have a greatly reduced chance of being granted refugee status.

Since an initial surge from Central America in the summer of 2014, the US government has tried various policies to deter others from following, including pressuring Mexico to crack down on asylum seekers transiting through the country, and channelling $750 million in development aid to the Northern Triangle. But levels of violence in the region have continued to worsen. After a lull in 2015, the numbers arriving at the border have been climbing again in 2016. Between October 2015 and May this year, more than 83,000 unaccompanied minors and mothers with children were apprehended at the border. The vast majority of them were from Central America.

How the system works (or doesn’t)

According to Clara Long, a San Francisco-based researcher with Human Rights Watch, the obstacles to making a successful asylum claim begin almost from the moment an individual crosses the border irregularly.

After being picked up by US Border Patrol, they are taken to a detention centre and placed in “expedited removal” or “reinstatement of removal” if they’ve been deported before. A rapid initial screening by Border Patrol officials is supposed to determine whether they should be referred for a so-called “credible fear” interview – the first step in the asylum process – or immediately deported. But a report published by HRW in 2014 found that many Central American migrants were summarily deported despite expressing their fear of return or a wish to claim asylum.

Migrants, among them many women and children, detained at a border patrol station in Texas, United States 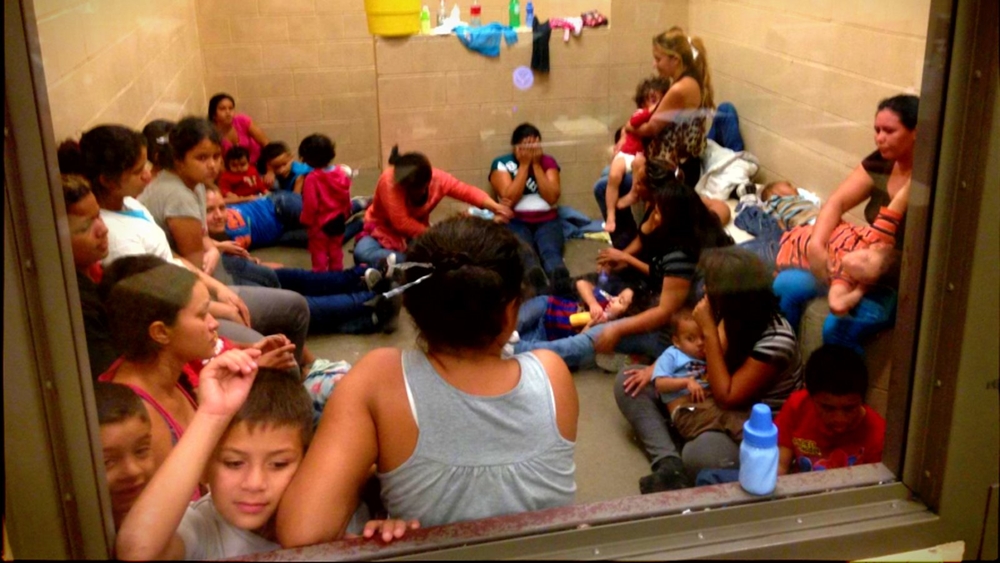 Centre for Immigration Studies
Migrants, among them many women and children, detained at a border patrol station in Texas

Long said the problem has continued. “We’ve found, through Freedom of Information data and extensive interviews with asylum seekers, that border patrols regularly don’t record expressions of fear, thus not flagging them for the credible fear interview and knocking them out of the whole pipeline.

“I believe there’s massive mis-recording and many people are then deported from the border. I’m tracking about 100 of these cases now.”

After being deported, those who then re-cross the border are placed in reinstatement of removal proceedings, which means they can be detained for long periods and no longer qualify for asylum. The best they can hope for is a “withholding of removal” status, which provides no path to permanent residency or citizenship.

For those who are referred for an interview, about 75 percent are recognised as having credible fear, but they remain in removal proceedings and are released from detention only after paying a bond or being fitted with an ankle monitor.

Those who remain in immigration detention facilities – which are often remote – because they can’t afford to pay a bond or are in reinstatement of removal proceedings are even less likely to have a lawyer. “There are no immigration lawyers around to take their cases,” said Long. “About 80 percent of those in detention are not represented.”

A study of asylum cases involving women with children mostly from the Northern Triangle found that those who had a lawyer were almost 20 times more likely to be granted protection.

Long noted that outcomes also vary widely “depending on where in the country you happen to be”.

In the rural New Mexico jurisdiction where Love works, the immigration lawyer estimated that about 90 percent of asylum cases from the Northern Triangle are rejected by the local court. But recognition rates are higher in other parts of the country such as New York City, the only place where legal aid is available for asylum seekers who can’t afford to hire a lawyer.

Love said that without access to legal counsel, many people lose their cases “for procedural reasons”.

After passing a credible fear interview and being released from detention, individuals have one year to initiate an asylum application at an immigration court. “They’re given a court date but they may not understand the system, and it’s very far in the future,” explained Long. “If they don’t get some help, it’s very easy for people to miss that one-year deadline.”

Many of the Central American mothers and children who were rounded up for deportation during high-profile immigration raids in January of this year were found to have not understood the legal process, according to HRW.

Those who do manage to file asylum applications often have long waits before their case is heard. According to the Migration Policy Institute, immigration courts had a backlog of nearly half a million asylum cases by January 2016, with the average case taking nearly two years to complete and up to four years in some jurisdictions.

US locks up asylum-seeker families

No refuge: Central American children on the run in Mexico

Department of Justice records show that in 2015, of those asylum cases from the Northern Triangle that did get a decision, only about a quarter were positive. Negative decisions can be appealed, but, said Love, “you’d need to be ready to pay a lawyer to do that”.

Immigration courts’ strict interpretation of the refugee definition for Central Americans fleeing gang violence can be put down to the floodgate argument, said Love. “They’re being very cautious not to open up the refugee definition so wide that every citizen of El Salvador could come and claim refugee status.

Meanwhile, US officials are about to start a new round of immigration raids that will target unaccompanied minors and families who’ve been issued with deportation orders.