A year ago, the Congolese army and MONUSCO, the UN peacekeeping force in the Democratic Republic of Congo, were supposed to launch joint operations to take on Rwandan Hutu rebels. Everything was planned down to the last detail, before a major difference of opinion stopped the effort in its tracks.

What fouled everything up?

The Congolese government was already highly irritated by MONUSCO’s criticism of its poor human rights record and its democratic shortcomings when the head of the mission at the time, Germany’s Martin Kobler, demanded that two Congolese generals, Bruno Mandevu and Fall Sikabwe, be replaced before operations began due to suspected human rights violations.

Kinshasa refused to change the commanding officers it had selected for the mission and strongly denounced what it decried as an intrusion into Congolese sovereignty.

The result of this diplomatic tussle: the UN headquarters in New York announced that MONUSCO was pulling its support for the Congolese army, which responded on 28 January by attacking the Democratic Forces for the Liberation of Rwanda (FDLR) rebels on its own.

According to several military and civilian sources, the FDLR – believed to then number about 1,500 fighters, including some Congolese nationals – largely refused to be drawn into the fight and succeeded in dodging most of the army’s offensives.

What threat do the rebels pose today?

While UN experts stressed in October that the FDLR’s capacity was intact, Kinshasa announced on 12 January that the army had neutralised “more than 1,000” rebels in 2015, and claims fewer than 400 are still on the run.

Although it is now drawing down, MONUSCO has become one of the largest missions in the world with around 20,000 peacekeepers, a budget of $1.35 billion, and sophisticated equipment like surveillance drones. Since March 2013, it has also had the Force Intervention Brigade at its disposal. This separate 3,000-strong combat force is comprised of South African, Tanzanian, and Malawian soldiers with a unique mandate to go after rebel forces, but operates under MONUSCO’s command and control.

Since the bust-up, the Congolese army and MONUSCO have carried out several joint operations, notably in June against the Front for Patriotic Resistance in Ituri (FRPI), and in November against Ugandan rebels from the Allied Democratic Forces (ADF) in response to an unprecedented wave of attacks that left at least 24 dead, including eight civilians, four soldiers, and one UN peacekeeper.

But there has still been no official joint offensive against the FDLR, whose leaders participated in the 1994 genocide in Rwanda before fleeing to eastern Congo. Concerned about the general stability of the Great Lakes region, infected for the past 20 years by the poisonous presence of these rebels, the international community is urging renewed cooperation and a return of the “strategic dialogue” that MONUSCO and Kinshasa began in March 2015.

This dialogue must define the future objectives of the UN mission, deployed since 1999, in the midst of the Second Congo War (1998-2003). It must also draw up the parameters for its withdrawal. This is expected to be gradual and dependent on the situation in the east, where dozens of armed groups, both local and foreign, are waging myriad conflicts for ethnic reasons, land, or for control of valuable natural resources like minerals and wood.

How active are the rebel groups?

The FDLR is mainly active in the provinces of North Kivu and South Kivu. Over time, it has lost a number of fighters to MONUSCO’s Disarmament, Demobilisation, Repatriation, Reintegration and Resettlement (DDRRR) programme, which in 2002 repatriated more than 12,500 ex-FDLR fighters and as many again of their family members.

The rebels – who deny accusations of murder, rape, child enrolment, and of generally pillaging Congolese civilians – have been weakened by several military offensives, including Umoja Wetu (Our Unity, in Swahili) in 2009, when the Congolese and Rwandan militaries acted in concert. Congolese and UN operations followed: Kimia (Peace, in Swahili) and Amani Leo (Peace Now, in Swahili). 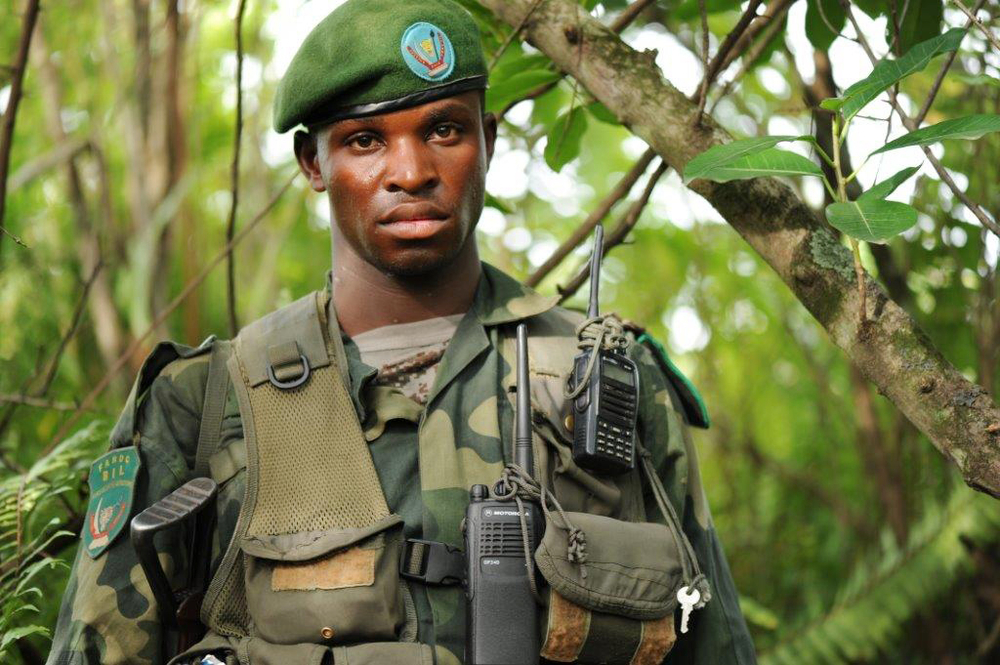 The Congolese army says the hunt for the FDLR, with whom some officers allegedly collude to traffic minerals, was derailed by the creation in North Kivu in May 2012 of the March 23 Movement (M23). According to UN experts, this Congolese Tutsi rebellion was backed by Rwanda and Uganda, although both countries deny this. In November 2013, after the defeat of the M23 by the army and MONUSCO, the Congolese government announced the FDLR as the next target.

Instead they went after the ADF. Since October 2014, the supposedly weakened Ugandan rebel group has been blamed for killing some 500 men, women, and children in Beni Territory in northern North Kivu, where its founders – opponents of Ugandan President Yoweri Museveni – have hidden out since 1995.

At the end of 2013, the FDLR said it wanted to lay down their weapons and commit to peace. In exchange, it hoped to obtain the support of the international community to return to Rwanda and open up a dialogue with Kigali, which categorically refuses to offer an amnesty. Ultimately, the surrender plan has been a failure: barely 200 fighters have turned themselves in.

How is the MONUSCO drawdown going?

The UN has taken some measures to try to encourage the Congolese government to reopen dialogue. Maman Sidikou, of Niger, has replaced Kobler, and a South African general, Derrick Mgwebi, has relieved Brazil’s Carlos Alberto dos Santos Cruz as MONUSCO’s commanding officer. Kinshasa is understood to be happy about the choice of the two Africans, reckoning that there will be fewer “misunderstandings” now.

In another olive branch, in his MONUSCO report to the Security Council dated 24 December, UN Secretary-General Ban Ki-moon said he planned to retool the mission by giving it rapid response units, greater mobility generally, and boosting its surveillance and intelligence-gathering capabilities.

In this context, he added, a reduction in MONUSCO personnel should not weaken civilian protection: the core of the UN peacekeeping mandate. The plan foresees the withdrawal of 1,700 soldiers in addition to 2,000 whose departure was already decided in March 2015 – against the demands of the Congolese government, which originally pushed for the withdrawal of 7,000 before revising this number downwards.

If the UN Security Council decides – possibly in March, when MONUSCO’s mandate is up for renewal – to withdraw the additional 1,700 peacekeepers, this will perhaps be a way to “keep to the blueprint proposed by Kinshasa,” a high-ranking Congolese officer told IRIN, on condition of anonymity. He therefore welcomed what he called “a first encouraging step” from the UN, but underlined that “some officials believe the threshold of 7,000 must be achieved by the end of the year”.

Too soon to draw down?

Whatever the number, Juvénal Munubo, a lawmaker and member of the Congolese parliament’s Defense and Security Commission, is wary. “The reduction in MONUSCO numbers must not have as its sole justification the desire of the Congolese government to boast about its sovereignty,” he said. “It must be the result of actual progress in the reform of the Congolese security sector – something that is far from being the case today.”

Munubo’s point was underlined by a recent massacre. In the night of the 6th and 7th of January, some 15 people of the Nande ethnic minority were killed by men armed with knives in the Miriki area of Lubero, a territory in the northwest of North Kivu Province. The identity of the perpetrators remains unclear but the killings have been widely blamed on the FDLR, despite its denials.

The massacre occurred near MONUSCO and Congolese army positions, prompting angry demonstrations against both. Bullets were fired, apparently by the Congolese army, and one demonstrator was killed.

Shortly after the massacre, an army spokesman announced that reinforcements had been deployed to Miriki to keep people safe and track down the FDLR. His statement implied that the army and MONUSCO were preparing the launch of a joint operation against the Rwandan rebels. A defense department official confirmed this, although the UN would only allude to unofficial collaboration until an official announcement on the resumption of such a partnership by Congolese President Joseph Kabila.