When migrants go missing on the long journey from Africa to Europe the lack of information about their fate often adds immense bureaucratic hurdles to the anxious uncertainty suffered by their relatives back home.

Baye Aly Diop, for example, has heard nothing from his son Cheikou since shortly after he and 61 others left the Senegalese fishing village of Thiaroye-sur-Mer, near Dakar, in March 2006, with the aim reaching Europe.

The last contact with his son was a phone call a few days later, when Cheikou said he had reached Mauritania and was about to board a boat to the Canary Islands.

Many thousands of migrants have drowned on that sea, more than 3,000 this year alone. But only recently has any attempt been made to track the missing.

“He wanted to be more than just a tailor,” Diop, who now runs a local support group for the families of missing migrants, known as ASCRFAT, told IRIN. “I couldn’t say anything to stop him. He had his own money and, honestly, I wasn’t afraid anything would happen to him.”

The final leg of the journey was expected to last just two or three days.

“We never heard from him, or any of them, again,” Diop said, staring down at his hands. “No phone call, nothing.” 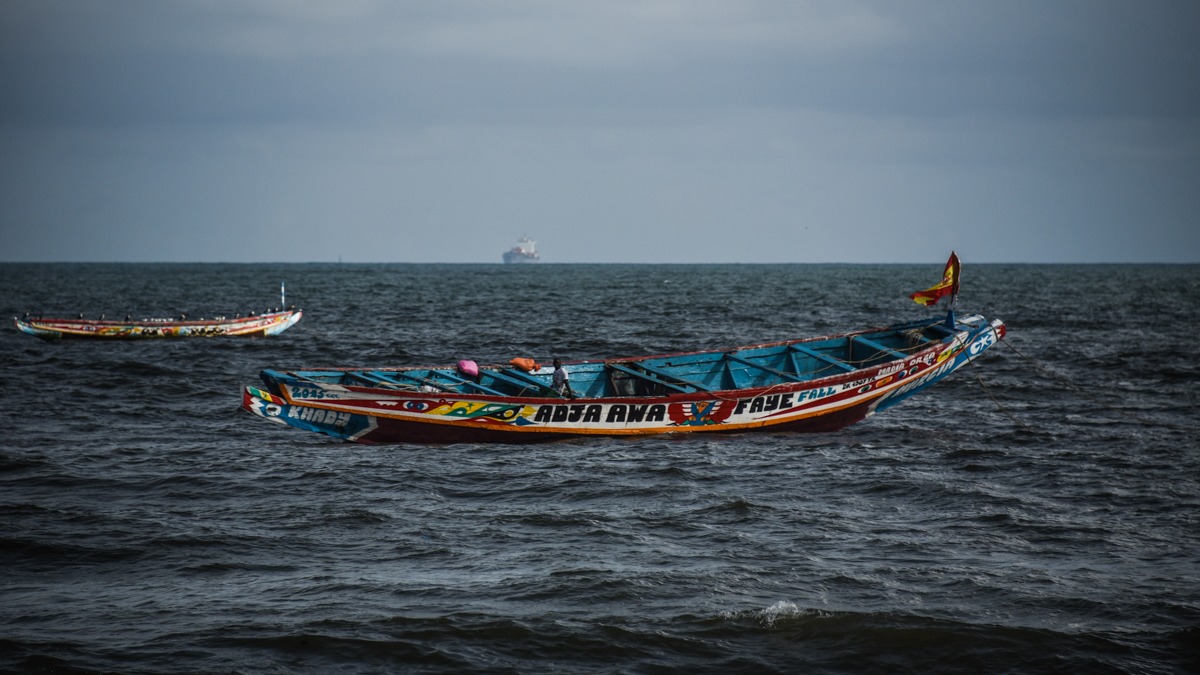 Diop, and some of the other families believe they saw their loved ones in a video of a group of migrants disembarking – maybe in Spain, maybe in Morocco - which was shown on a nightly Euronews newscast in May – many weeks after the boat should have arrived.

“I think it’s possible he’s still living,” Diop said, explaining that he still maintains hope, as there was never any news of a sunken boat or drowned migrants around the time his son left. “But it hurts me. I kept calling and calling and calling [Spain], trying to find him.”

There are no figures on how many Senegalese go missing while attempting to migrate each year, but according to the International Organization for Migration (IOM), there have been 1,026 reported deaths in the Mediterranean among migrants originating from sub-Saharan Africa since the beginning of 2015.

The Red Crescent Society in Mauritania estimates that around 40 percent of boats carrying migrants sank around the time Cheikou tried to make the crossing, with some 1,200 people, of various origins, perishing between November 2005 and April 2006. Most of the vessels were little more than double-motor fishing boats, not equipped with navigation systems.

Diop, like most other families in the community, never held a funeral. He says only on the tenth anniversary of the disappearances will the families finally have a commemorative ceremony and accept that their loved ones are gone for ever.

“It’s a real problem if a person doesn’t come back,” said Nicolas Mendy, who runs the Senegalese Red Cross’s psychosocial support program for the families of missing migrants.

“Families put their lives on hold, for many years, believing they will return and we can’t say anything because it’s their belief. All we can do is listen and try to help them through the trauma by offering psychosocial support.”

The Red Cross now holds weekly counselling sessions for the families of missing migrants in Senegal. They also offer literacy classes and entrepreneurial business trainings for women, who are often the most affected when their husbands never return. 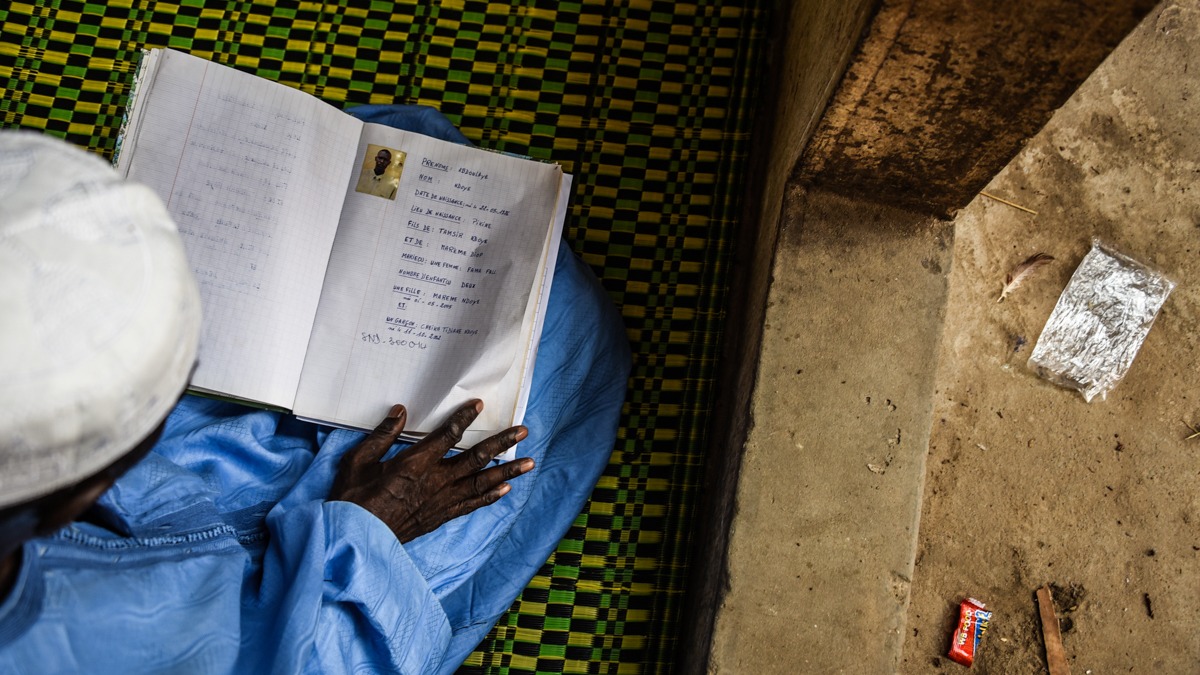 No body, no death

Beyond the emotional trauma of not knowing the fate of the migrants, and the financial strain many families are left with after losing their main breadwinner, most are also caught in a legal limbo, unable to prove their son or daughter, spouse, parent or sibling, has died.

Without a death certificate, which can only be issued with proof of a body, widows can’t remarry, orphaned children can’t apply for special scholarships at school,  and families can’t legally claim or process inheritances.

Or at least not easily.

There are lots of holes in the law when it comes to missing migrants.

“There are lots of holes in the law when it comes to missing migrants,” said Bara Ndoye, the secretary general of ASCRFAT, which helps families navigate the legal system.

Senegalese law allows for a “declaration of disappearance” certificate in cases where no body has been found. But this requires a long, complicated legal process and subsequent investigations that takes at least two, and often up to six, years, and an extensive knowledge of the law, or the means to afford a lawyer who does.

It is only after 10 years that a “missing persons” certificate can be issued.

In Thiaroye, just five percent of families have been able to obtain such a certificate. Ninety percent say they never even registered the disappearance, as they were unsure of the process, according to the International Committee of the Red Cross (ICRC).

“We’re trying to get the legislation changed, to make it easier to receive a certificate of disappearance,” Ndoye said. “Because right now the wait is just too long.”

More than 90 percent of Senegalese are Muslim and many marriages are not registered with the state authorities. Under Islamic law here, a woman must wait at least four years from the time of last contact before declaring her missing husband dead. Only then can she choose to ask the Imam for permission to divorce or remarry.

Unable to move on

But even with such “permission” many wives of missing migrants hold out hope.

“I dream, every day, that my husband will return home,” Fatou*, a 32-year-old mother of two, whose husband also disappeared in 2006, told IRIN. “I didn’t want him to go and when he said he was leaving, I told him I wasn’t okay with it. I was so afraid.”

Fatou avoided her husband the day he left, in protest, a decision she regrets.

Diop explained that remarrying is a difficult choice for many women, “because if she does and her husband comes back one day, it’s a problem.”

Voulymata*, who’s in her 60s, says both her son, who was unmarried at the time, and her daughter’s husband are among the missing from 2006.

“My daughter sometimes had the idea to remarry, but she is still waiting. She didn’t even move to a new house, in case her husband came back and couldn’t find her. Even today, we are still praying for their return,” she said.