The growing schism between the Catholic Church and Burundi’s political leadership is a particularly worrisome aspect of the fallout from President Pierre Nkurunziza’s bid for a third term, which has already seen dozens killed in protests and 175,000 people, mostly women and children, flee the country since April.

More recent signs of violent instability a decade after the end of a 13-year civil war include the weekend assassination of Adolphe Nshimirimana, an army general and intelligence chief said to be the second most powerful man in the country, and the serious wounding in a shooting incident of Pierre Claver Mbonimpa, a leading human rights activist.

The Catholic Church has played a key role during years of talks between opposition groups and the government, dialogue designed to shore up peace since the end of the war, which claimed some 300,000 lives.

On 21 July, Nkurunziza won a predicted landslide victory in a presidential election. The Catholic Church had been among the first bodies to speak out against his candidature, which was widely condemned as being in violation of the constitution and the Arusha Peace and Reconciliation Accord signed in 2000. Deeming the entire electoral process flawed, the church cancelled its plans to deploy some 6,000 observers during the poll.

Supporters of the president responded by intimidating and threatening a number of bishops and archbishops. Intelligence agents appeared in churches, monitoring sermons.

According to Father Emmanuel, a priest who chose to use a pseudonym because of his own security concerns, that is going to be difficult. “They’re no longer listening to the priests and the bishops. If the church and the state are not on good terms, the consequences will be severe.”

Aside from its key role in political dialogue, the church manages numerous health and educational facilities, with its staff being paid salaries by the state. This support, according to Emmanuel, now looks uncertain.

The Arusha agreement lay at the heart of the church’s condemnation of Nkurunziza’s third term bid. Mike Jobbins, the head of Search for Common Ground, a peace-building NGO, described that deal as “the Magna Carta of independence; a commitment to power sharing, to ethnic balance, to sacrificing individual interests in favour of peace and security in the country.”

The Catholic Church in Burundi, with support from the Vatican, was instrumental in bringing warring parties to the negotiating table and drafting the agreement. While not a legally binding document, its provisions, which include a two-term limit, have Burundi’s post-war dispensation.
“The Arusha agreement is not perfect, but it’s the best we have,” said Gabriel Baregensabe, who has been a priest for 42 years and the secretary general of the Bishops’ Conference of Burundi for the past decade. He said the decision not to back the president was a difficult one for the church. 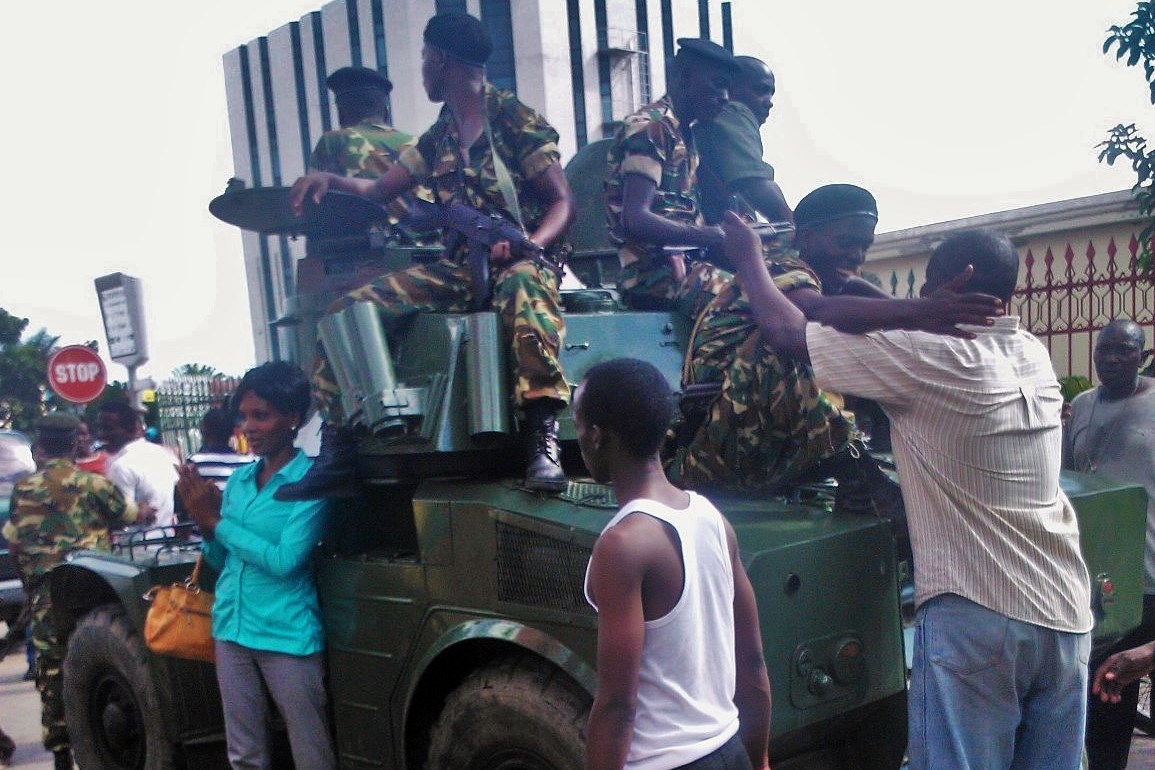 If dialogue continues to falter, the church’s decision could indeed mean war. Opposition leaders and dissident generals who backed a failed coup in May met on 30 July in Addis Ababa to discuss how to form a unified front against Nkurunziza. “We cannot exclude the use of force,” Anicet Niyonkuru, president of the national opposition council and leader of Burundi’s CDP party, told journalists.

The Sunday killing in Bujumbura of spy chief Nshimirimana was carried out using small arms and rockets. The general was widely thought to have orchestrated the crackdown on street protests against Nkurunziza’s third term bid, which began in May.

African Union Commission chief Nkosazana Dlamini-Zuma described the killing as a “barbaric act that is likely to further destabilise the country.” She urged the Burundian government, opposition political parties and civil society "to work very closely together to find a lasting solution to the current crisis.”

But the government no longer sees the Catholic Church as an honest broker in such dialogue, as was displayed by a recent broadside from presidential spokesman Willy Nyamitwe that only a few months ago would have been unthinkable.

“People are dying,” Nyamitwe said. “Grenades are launched at dawn on our citizens. Have you seen any bishop condemn this? No. Because they’re implicated.… We can’t say they are people who present a model of morality.”

“That was his way of telling us to shut up,” said Father Emmanuel, who lives in an opposition neighbourhood that has been a flashpoint for violence over the last three months. He said this attitude from the president’s office was only adding to citizens’ disquiet. “They ask themselves: ‘If the political authorities dare to attack our pastors like that, then what will become of us?’”

After three months of arrests, torture, grenade blasts and after-dark shootings, people are deeply afraid, tired and worried, Father Emmanuel said. Some are experiencing a crisis of confidence in the church, one of the few places where they found peace and solace and where political affiliations could be cast aside.

“There’s no longer any hope. The ruling party has announced that it’s going to continue. Others have announced they’re going to start fighting. People are coming to us, left and right, calling for help,” he said.

“People are asking, ‘what should we be doing?’ We can give them God’s word, but people don’t know how to turn that into a concrete reality. It feels like we have no more lessons to give. People are starting to condemn God.”

A Burundian political analyst working for a European diplomatic mission who preferred not to be named said he believed Nkurunziza needed both the international community and the Catholic Church.

“Nkurunziza can change,” the analyst said. “If they [the Catholic Church] fight him, there won’t be peace, won’t be human rights, won’t be democracy. They will do everything they can to keep the channels of negotiation open.”