South Sudan's parliament has just passed a bill regulating the activities of NGOs, but humanitarian agencies fear it is more about restricting aid workers and are warning it could have "catastrophic effects" for civilians in the war-ravaged nation.

Engulfed in an 18-month civil war that has killed some 50,000 people and displaced nearly two million from their homes, aid-dependent South Sudan last year experienced the largest single-nation humanitarian effort on Earth.

According to members of parliament, who passed the bill unanimously on Tuesday, it aims to regulate a sector that is vast and has so far operated without any specific guiding legislation.

"As a new nation we are supposed to enact laws that govern all aspects of life in this country," said Samson Ezekial, an MP with the ruling SPLM party. "The purpose of the bill is to register the number of NGOs in the country, to regulate their activities and to coordinate the affairs."

The NGO bill has enormous implications for the ongoing humanitarian response in South Sudan.

Of particular concern, MPs said, are alleged "briefcase" NGOs that exist on paper and raise funds but do not actually carry out operations beneficial to South Sudanese civilians.

Aid agencies, however, fear that the legislation will not be used to regulate and facilitate, but to monitor and restrict.

"The NGO bill has enormous implications for the ongoing humanitarian response in South Sudan," said a statement from the NGO Forum, a consortium of local and international NGOs working in South Sudan.

"If the bill is implemented in a way that creates a more regressive environment, then this will have potentially catastrophic effects for the large amounts of the South Sudanese population that rely on NGOs to provide basic services and life-saving aid."

More than half of South Sudan’s 12 million people require aid and 2.5 million are estimated to be facing severe food insecurity, according to UN figures.

"NGOs are in favour of regulation in principle – it would be much easier for NGOs to operate within a coherent and consistent regulatory environment," the NGO Forum statement said.

"However, there are still significant concerns that certain provisions of the NGO bill will not regulate NGO operations, but rather hinder their ability to serve South Sudanese people at a time when needs are escalating due to the ongoing conflict."

Here are the bill's most contentious provisions:

- NGOs will be forced to employ 80 percent local staff, including at senior levels. Many groups say this will cause big problems in a country with more than 70 percent adult illiteracy.

- NGOs must register and sign individual "country agreements" with the government, a tool used in the past in Sudan as a method of control.

- Groups would have to use South Sudanese banks despite suspicions of graft in the financial sector. The bill also allows the government to impose unspecified fees.

- The bill covers not only humanitarian groups, but also civil society
organisations that work in advocacy and human rights. Many fear this clause could be used to stifle dissenting voices.

- The legislation also looks set to ban the formation of forums for international NGOs – a move that seems aimed at the NGO Forum, which has at times butted heads with the government. 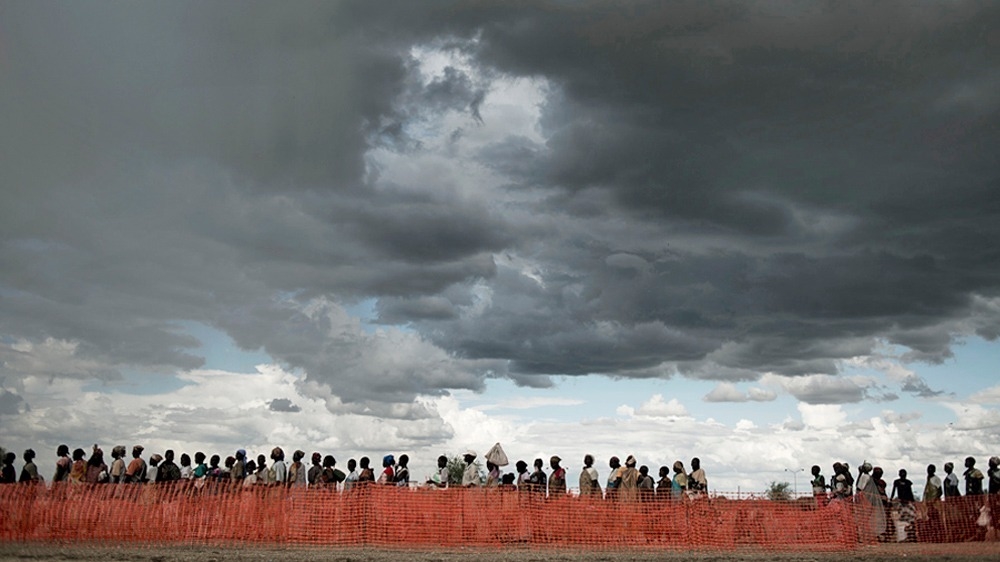 More broadly, the humanitarian community is concerned that the new rules could simply be aimed at rent-seeking from NGOs and increasing bureaucracy. Earlier versions of the bill drew unfavourable comparisons to laws in Sudan, which has used registration and regulation to shut down aid groups.

"Regulation can and certainly has been grossly abused, and at this time one would hope that anything would be done to make delivery of humanitarian assistance as efficient, transparent, and economic as possible," said one Western diplomat. "Frankly, a lot of people, they don't have a good feeling about this."

Relations between the humanitarian community and both the government and rebel authorities have deteriorated over the course of the civil war, which pits loyalists of President Salva Kiir against those allied with his former deputy, rebel leader Riek Machar.

Recently, soldiers in the Unity state capital Bentiu prevented aid workers from reaching civilians in need. South Sudanese officials have also censored aid agencies from talking about potential famine and reportedly restricted the access of humanitarian groups who did speak out.

Government officials have sought to control donor funds – well over one billion dollars last year – by demanding it be deposited in a special account.

You feel you can just come and operate without the government knowing what you are doing? I don't think this is in order.

At one point in 2014, the national government, increasingly isolated internationally, ordered all foreign workers to leave the country. The directive was rescinded almost immediately but illustrates the unpredictable environment international aid groups have to work in. It also lends a tint of malice to the NGO bill's 80 percent clause.

"NGOs are already under mounting administrative pressure and often subject to arbitrary enforcement of rules and regulations," said the NGO Forum.

While MPs insist they’re not interested in controlling humanitarian work, they have indicated they will look to take a more substantial role in not only oversight, but also the monitoring and direction of operations.

Jamal Kaikai, an MP from Lakes state, indicated that the bill could be used to improve the country's ailing economy by forcing NGOs to bank in South Sudan, which has been hit hard by low oil prices and the high cost of the war.

"Most (NGOs) went and opened accounts in Kenya, putting their dollars there," he explained. "Then they say (South Sudan) is not secure.... They are (helping to) destroy the economy of the country."

They are helping to destroy the economy of the country.

Statements like these are making some aid agencies wary, particularly as the humanitarian situation deteriorates.

Still, aid agencies are hopeful that the language of the bill might be clarified to assuage their concerns before it reaches the president’s desk to be signed into law in the coming months.

"A sovereign state has the duty and the right to draft laws but it's how it chooses to use those laws, and we have yet to understand how this law will be used,” a country director for a humanitarian agency in Juba told IRIN.