Community-Driven Development (CDD) instinctively makes sense – give people the power to determine and control their own development projects and you get better results, right? Wrong. This briefing explores why, at least in some post-conflict countries, CDD doesn’t deliver as promised.

Over the past 10 years, the World Bank alone has approved financing for more than 600 CDD projects worth over $28 billion. The Bank believes, given the means and right conditions, “poor men and women can effectively organise to identify community priorities and address local problems by working in partnership with local governments and other supportive institutions.”

According to a 2013 "critical review" by UK Aid and the International Rescue Committee (IRC), which drew on evaluations of programmes in Afghanistan, Indonesia, the Democratic Republic of Congo (DRC), Liberia and Sierra Leone, “the record of CDD/R in conflict-affected contexts is mixed and, on the whole, discouraging.”

The review found that while there were some positive short-term economic welfare outcomes (although no gains were recorded in DRC and Liberia), overall results for governance and social cohesion indicators across all five programmes were far more mixed. It “speaks to the difficulty of effecting social and political change,” the study said.

Sheree Bennett, IRC’s research and evaluation advisor, believes the ambition of the projects could be part of the problem. “It’s hard to think through what kind of intervention could effect change in all three areas – welfare, governance, social cohesion – at the same time,” she told IRIN. “How about we just prioritise one of these outcomes.”

The first phase of the Tuungane programme in eastern DRC, implemented by IRC and CARE, reached roughly 1.8 million people in 1,250 conflict-affected villages – it’s among the largest interventions of its kind. The $46 million UK-funded initiative organised the election of local committees to work with the communities to select development projects (mostly schools), and the disbursement of small livelihood grants.

The programme built 1,700 classrooms and 150 clinics in a region mired in conflict and neglect. In 2011, an exhaustive impact assessment was undertaken in which, in a randomised trial, the evaluators gave Tungaane and non-Tuungane villages small cash handouts, and then watched to see what happened. Was the money embezzled or well spent, and how were the decisions reached?

Parents and teachers in front of a school built by local communities with support from the IRC’s Tuungane program funded by UK Aid in North Kivu, eastern Congo 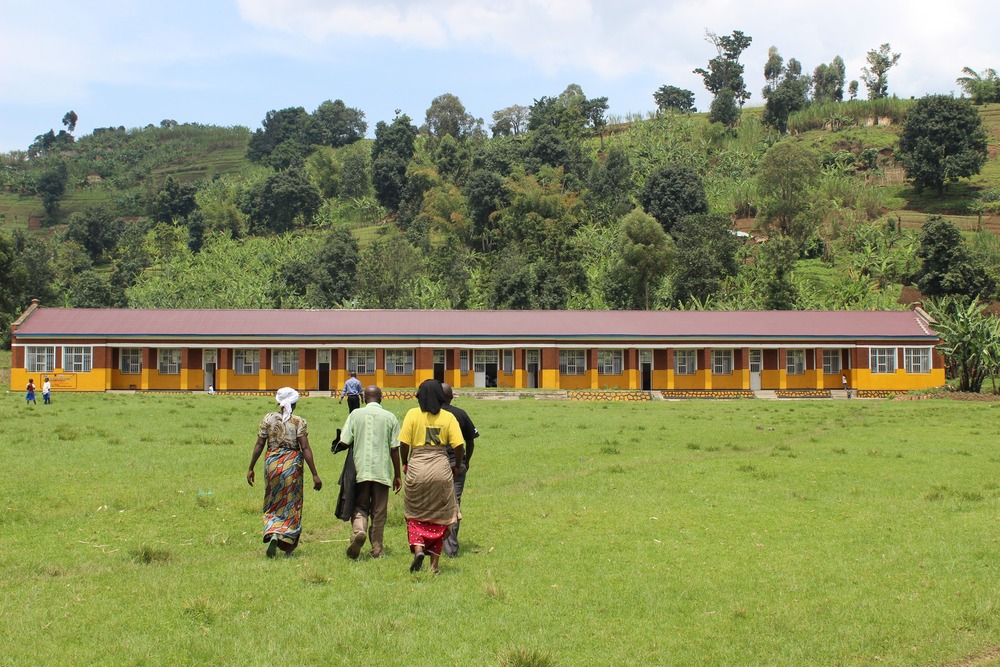 The study found little evidence of behavioural change: the cash grants were reasonably well spent, whether a village was enrolled in Tuungane or not; they all tended to democratically elect committees to determine spending; and, moreover, “estimates of welfare effects [were] weak across the board and [trended] negative on some items.”

Lessons from Tuungane have been incorporated into a second phase. The new programme, valued at $95 million, raises per capita investment from $1 per person per year to more than $15 in response to concerns the original intervention was under-resourced (by comparison the Millennium Village initiative has a per capita aid spend of $120 per year).

Dana Olds, IRC’s director of governance programmes in the DRC, told IRIN that Tuungane 2 is an evolution: governance goals are prioritized; there is a narrower focus on accepted sectors for development funding; and new social accountability elements – notably community scorecards to measure the quality of social services and foster social accountability, which involve the staff of schools and health clinics as well as the village committees.

“What is the alternative to CDD? To go in and build some things and possibly not take the community’s priorities into account?” asked Olds. “We have done a lot of supporting work that has really helped to improve the effectiveness of Tuungane” – which is reflected in positive results from the community scorecards.

That has involved engaging with the national authorities to try and clear the barriers to service delivery – a level that communities in eastern DRC, still recovering from conflict, have difficulty accessing.

Are the theories of change enshrined in the CDD/R approach too unrealistic – especially in post-conflict settings? Are the timeframes to observe change too short? Is the reach of the projects chosen too small to register impact? Do the projects effectively relate to the state and institutions (after all, new schools and clinics need teachers and doctors)?

Bennett believes that CDD has for too long been viewed as a panacea, with a jumble of goals thrown into the project mix. Now, some hard thinking is needed across a range of issues, from how objectives are set, their appropriateness, and the gauge for measuring success to the definition of community, and more philosophically, choice.

Sound social theory “is the foundation of programme logic and design”, Bennett and her IRC colleague Alyoscia D’Onofrio wrote in a paper earlier this year. “Despite our urgent desire to develop scalable and easily replicable solutions to problems in conflict-affected contexts, the process is long, and an iterative one in which we have to try, learn, adapt and try again.”