Hundreds of thousands of Syrians in Lebanon are at risk of losing their refugee status due to new visa rules, the United Nations has warned.

Late last year the country, which hosts over one million registered refugees, announced new restrictions on Syrians. While most of the media focus was on new entries at the borders, the rulings also made it far harder for those already in the country to retain their status.

The new system, which is coming into force gradually as refugees’ current visas expire, requires Syrians to provide a range of hard-to-obtain documentation, pledge to avoiding all work and pay $200 per person.

Dana Sleiman, spokesperson at the UN’s refugee agency UNHCR, said it was now becoming “all but impossible” for many to maintain their legal status.

“There is a serious risk that most refugees will lose their legal status because of onerous new rules to extend their stay every six months,” she said. “[Then] they will be vulnerable to arrest and detention.”

Slums but not camps

A few minutes outside the southern city of Saida, around 850 people live in an abandoned car park. There are 15 toilets in total, but all but one are broken. Mohammed, 7, has cuts on his face from where the ceiling collapsed on him three weeks ago.

The families moved there precisely because it was empty and therefore free, but soon, they say, different Lebanese families turned up and claimed ownership over parts of the car park.

“They have no documents showing they own anything, but if we don’t pay they will bring the police,” resident Sami, a father of two originally from the central city of Homs, said. He explained that the average room – shared by three families – costs around $100 a month.

The land is not recognized as a so-called “informal settlement”, so if the residents want to remain registered with UNHCR they need a housing commitment by their landlords, committing to inform the authorities if they leave. They also need a certificate from the local mukhtar (district mayor) stating that the property belongs to the landlord. In their case, their chances of getting the necessary documents are slim to none.

“I want to renew, but if I go to renew I need a Lebanese [landlord] to come with me,” Sami said. “For Syrians it is impossible. Then if I go to a checkpoint, they will put me in prison.”

Syrian refugees must also pay $200 per adult and commit not to do any work or face jail. Yet their only official income has just been cut by a third.

Until December each refugee received $27 for food per month, but that has been cut to $19. Joelle Eid, spokesperson for the World Food Programme, confirmed the drop was due to the organisation’s funding shortages. 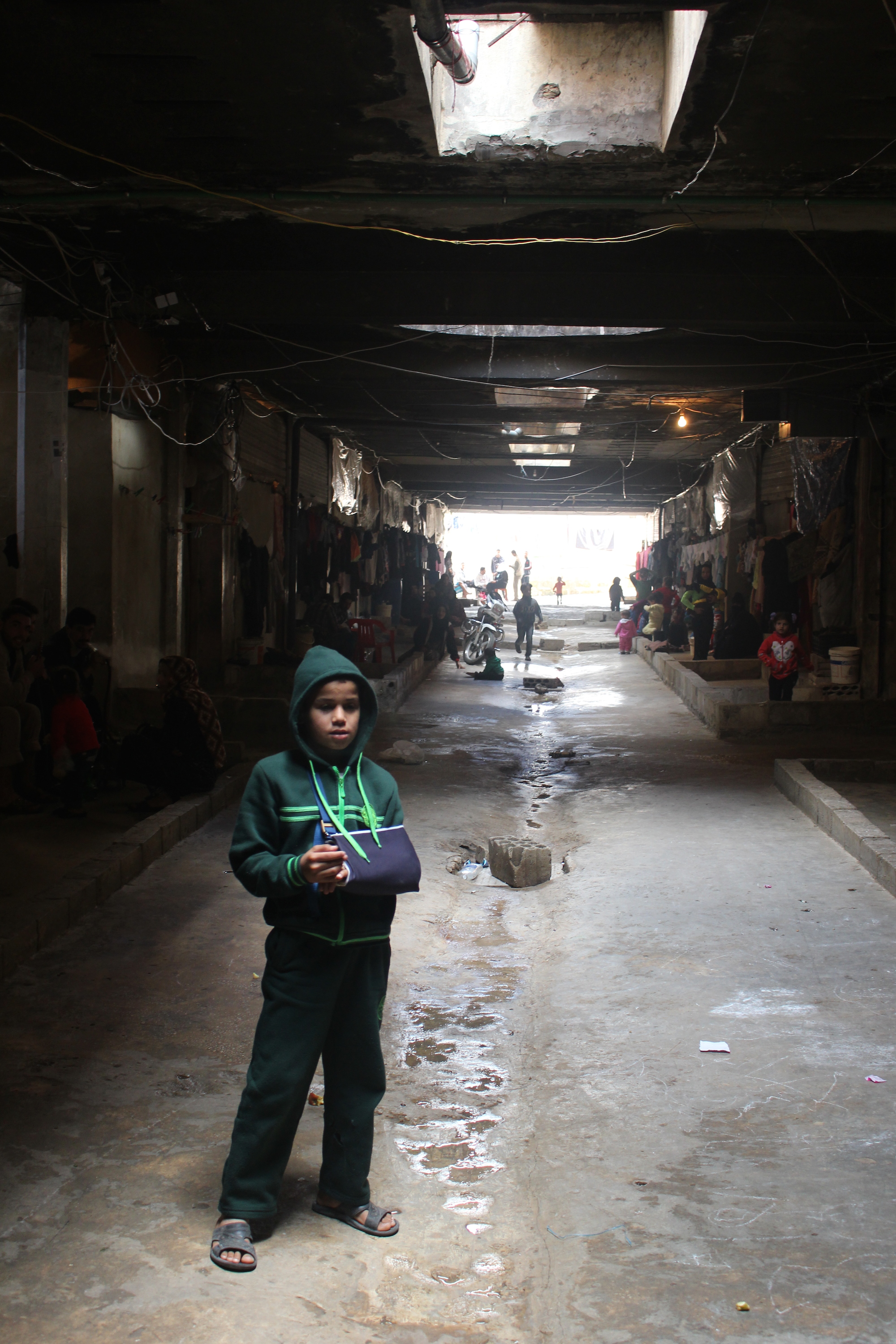 Sleiman said UNHCR was asking the Lebanese government to reduce the fees to avoid thousands losing their right to remain in Lebanon. She added the decision to ban refugees from any kind of work increases the financial pressure on the UN at a time when funding is short.

The $200 fee is not in itself brand new, but until January refugees that could not afford it would cross back into Syria and then return and automatically get a new visa – thereby avoiding the extension fee. The tighter border controls now make that almost impossible.

For those who do lose their legal status, the impact can be dire. A report last year found that Syrians in Lebanon illegally are often afraid of leaving the house in case of arrest, even in cases of sickness. Children are often sent to work in place of adults as they are less likely to be arrested.

George Antoun, Lebanon Country Director at the NGO Mercy Corps, said he was concerned about the potential increase in people not renewing their UNHCR documents.

“If people have the means to be legal I would say 100 percent of them want to be legal. I haven’t talked to anyone who would be illegal on purpose. But if you don’t have the means, what choice do you have?"

Since January, there has been an uptick in Lebanese army raids on Syrian communities across the country.

Government officials point to the heavy burden Lebanon – a country of roughly four million citizens – has faced in accepting so many refugees. A World Bank study found that up to 170,000 Lebanese people had been pushed into poverty by the impact of the war in the country’s larger neighbour.

“I think that people, including international NGOs and donors, are not grasping the magnitude of a 26 percent increase in population in three years. I think it is unprecedented in history,” Khalil Gebara, advisor to the Ministry of Interior, said.

He said that it was not official government position to discourage Syrians to enter.

“There is no decision to bring the number of Syrians down, no. The decision is to manage it, to make sure that everybody registering as a refugee is in need not simply to benefit from any kind of support.”

Asked whether he thought the refugees would be able to pay, he said it was not unreasonable as the visas would last for up to a year. “$200 is less than $1 a day.”

He added that he was concerned that some refugees wouldn’t pay and would therefore become illegal in the country. “We are worried about this and we are looking to find concrete mechanisms for Syrians registered with UNHCR to renew their residencies. We are aware of these kinds of risks and the minister has been in touch with UNHCR to facilitate and encourage Syrians to come and renew their residency.”