Regional negotiators had warned that yesterday was the "last chance" for South Sudan's warring parties to reach a resolution, but even a renewed threat of sanctions from the international community was not enough to bring the two sides to an agreement.

The talks are scheduled to resume today in Addis Ababa, though participants are cautioning that there is little common ground. This round of negotiations has taken on heightened significance and if it ends in failure it will be a significant blow - not just to hopes that an end to the fighting is near, but to efforts at seeking justice for victims of the horrific human rights abuses that have taken place over the past 15 months.

Peace, civil society activists said, is necessary to fully pursue accountability for these crimes, which include ethnically targeted killings, torture and rape. And accountability is critical if the country hopes to break what some activists describe as a cycle, not just of impunity, but of rewarding violence with political power.

But faced with the reality of the faltering talks, local and international human rights groups are suggesting that justice need not be held hostage to the negotiations in the Ethiopian capital. Instead, they are pushing for the United Nations and the African Union to at least begin assembling a mechanism for accountability so that perpetrators know that when the fighting finally ends, there will be a reckoning.

A May United Nations report is the closest thing to a comprehensive investigation of the crimes against humanity that have occurred in South Sudan - and it is nearly a year out of date. Still, it offers a window into the scale of the abuses citizens have suffered.

It documents an incident at the outset of the fighting when government soldiers are accused of having rounded up and killed more than 300 civilians who shared the same ethnicity as former vice president Riek Machar, now the leader of the rebellion. In another instance in April, after overrunning Unity state capital, Bentiu, forces loyal to Machar allegedly massacred hundreds of civilians hiding in hospitals, mosques and churches.

The killings and rapes have continued alongside other horrors. In February, hundreds of children were forcibly conscripted in the northeastern town of Malakal by a government-aligned militia. There is still no official number of dead since the fighting started, but officials estimate in the tens of thousands, while an additional 1.5 million people have been internally displaced and 500,000 have fled abroad.

South Sudan has a record of burying these types of crimes. In its short history, the government has offered blanket amnesties to rebel leaders "who are responsible for some of the worst acts that humans can do to one another", said David Deng, the director of the South Sudan Law Society - part of a pattern established even before South Sudan's 2011 independence from Khartoum.

The Sudan People's Liberation Army's (SPLA) decades-long rebellion against the north was marred by internal conflicts. The most infamous episode came when Machar, a senior commander, defected from the SPLA in 1991. The troops who left with him went on to slaughter thousands of civilians in the Jonglei state capital in an episode known as the Bor massacre. It did not prevent Machar from rejoining the SPLA more than a decade later and rising to vice president in the country's first government.

In sidestepping atrocities like this, the leadership hoped "to keep the region rallied together for the big cause, the liberation effort", Jok Madut Jok, the founder of the Juba-based think tank The Sudd Institute, wrote in a recent paper. But it also entrenched grievances and, in the current conflict, fueled many opposition fighters' decision to take up arms against the government.

Machar's rise and the amnesty of the rebel leaders also contributed to a perception in South Sudan that "unless you're killing people, you don't matter, you don't get a seat at the table", said Niccolò A. Figà-Talamanca, the secretary-general of the Rome-based group No Peace Without Justice. "Breaking the cycle of impunity is about breaking that dynamic" and setting South Sudan on a different course.

From the outset of the fighting in December, a group of South Sudanese religious and political leaders was determined this time there would be no impunity. Alongside international human rights groups, they called early and often for potential war crimes and crimes against humanity to be investigated and perpetrators to be held accountable. 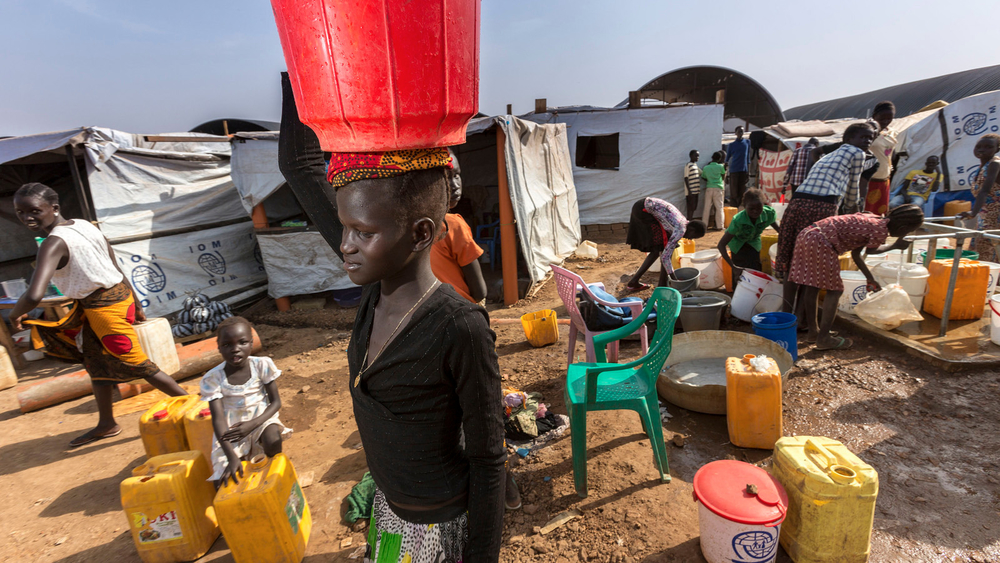 That reflects the will of many South Sudanese, said William Ongoro Peter. He is the coordinator of the National Platform for Peace and Reconciliation, an independent body charged by religious and political leaders with bringing South Sudan back together. In his time canvassing the country, he has heard calls for peace, but rarely at the expense of accountability. People want to discuss "what could be the way forward for those who might have committed crimes against their fellow brothers and sisters", he said.

A hybrid court or the ICC

Civil society has ultimately hit on a hybrid-court model -- a combination of international and South Sudanese staff and judges assembled to investigate and try the most serious cases. The court could be based in South Sudan or shifted to a neighboring country if there were concerns about objectivity or security. In an SSLS working paper, Deng argued the hybrid model would "help South Sudan to overcome capacity constraints" -- including an underdeveloped judiciary -- while conducting trials "that meet international standards."

For a while, it even appeared their proposal was going to get a vote of confidence from the African Union. In March 2013, the AU created an unprecedented commission of inquiry led by former Nigerian President Olusegun Obasanjo and tasked with investigating human rights violations in the conflict.

Obasanjo acknowledged he was leaning toward recommending the creation of a hybrid court. Civil society groups anticipated the committee's final report in January would help them galvanize support around their preferred justice model. But the AU Peace and Security Council opted, instead, to delay the report's release indefinitely so it would not disrupt the talks.

"That sucked a lot of air out of the room for these efforts," Deng said.

The lack of peace is made all the more devastating because, until the fighting stops, there are few options for moving forward with accountability. "To get the evidence that would be required and to carry out investigations can't really be done in the middle of the conflict," Deng said.

Elise Keppler, an associate director in Human Rights Watch's International Justice Program, said there is still an opening to push for a hybrid court. In a February agreement, both sides actually signed on to the creation of an "independent hybrid judicial body" that would investigate and try the gravest human rights violations. "This is an excellent signal to the AU and the UN to begin to work with them on it," Keppler said. "They've put it out there and now it's time for the other players to move," beginning with what promises to be a lengthy process of drafting a possible mandate for the tribunal and agreeing on a structure.

And if peace is indefinitely delayed? Keppler said maybe it then becomes time to start looking at referring the situation to the International Criminal Court. That move comes with its own complications, not least of which that South Sudan is not a signatory to the Rome Convention establishing the ICC. But after 15 months of atrocities without justice, Keppler said, "there's got to be some real moves for criminal accountability."