Five years after the end of a 26-year civil war, most former combatants from the Liberation Tigers of Tamil Eelam (LTTE) in northern Sri Lanka have been rehabilitated and re-entered civilian life, but whether war-disabled or not, many are finding genuine integration difficult, according to rehabilitees, government officials and humanitarian workers.

After the war ended in 2009, former fighters were required to complete a roughly two-year rehabilitation programme if they wished to receive general amnesty; if they did not, they faced terrorism charges.

More than 11,800 former LTTE fighters, many of whom were forcibly conscripted by the rebels, have been rehabilitated through government-sponsored programmes that included vocational skills training such as mechanical skills, information technology, agriculture, animal husbandry, food processing, education, handicrafts, carpentry and construction, as well as psychosocial support and a mentorship system focused on conflict resolution and emotional resilience.

As of June 2014, only 132 former LTTE cadres from around 12,000 that either surrendered or were arrested in the north soon after the war ended in May 2009 were still in custody/rehabilitation, the government said.

“The rehabilitees’ main concern right now is economic independence and acquiring a position where they can live a normal life,” M. S. M. Kamil, head of the Economic Security Department at the International Committee of the Red Cross (ICRC) in Sri Lanka, told IRIN. The ICRC gave grants of up to Rs 50,000 (US$384) to 373 rehabilitated former cadres in 2013 and plans to assist 150 more this year.

“Rehabilitated former combatants need sustained support,” argued Kamil, though currently no other international bodies are providing assistance to them.

According to Murugesu Kayodaran, the government rehabilitation officer for the northern Kilinochchi District, “the rehabilitees tell us they want to be in a position to do wage earning jobs, raise families, have a house and children.”

However, despite the skills gained during rehabilitation, and peace holding steady in formerly war-torn areas, significant obstacles remain.

In northern Sri Lanka, work can be difficult to find. Conflict-related disabilities and persistent stigma against ex-combatants can exacerbate these factors for those attempting to resume civilian life.

In January 2009, just five months before the war ended, Rasalinngam Sivakumar was injured in shelling, losing several fingers and sight in his left eye.

“My main aim now is to make a living and make sure my family is taken care of,” said the 34-year-old rehabilitated ex-cadre who now lives in Putukkudiyiruppu town in Mullaittivu District.

Released from government custody in mid-2013 after undergoing rehabilitation, the 18-year LTTE veteran received an ICRC grant in early 2014 which he used for setting up a small poultry farm.

“I can make about Rs 10,000 ($76) a month, but life is not easy,” Sivakumar said, adding that his disability makes travel to find other work difficult. “I get disoriented fast because of my eye injury and lose my way,” he said. His earnings are used to support his wife and two children, aged seven and eight months.

According to the Sri Lanka Foundation for the Rehabilitation of the Disabled, between 10,000 and 20,000 of the Northern Province’s 1.1 million people have war-inflicted disabilities. Many are former combatants.

There is no targeted medical assistance programme for disabled ex-combatants, but they do receive prosthetics and other help under general programmes.

In addition to the rehabilitation programme, the government has also provided some post-rehab assistance in the form of cash grants of Rs 25,000 ($250), distributed based on the merit of business plans submitted by rehabilitees. According to the Bureau of the commissioner-general of rehabilitation, which oversees the rehab process as well as the welfare of released ex-combatants, as of July 2014, 1,773 rehabilitees had received such a grant.

“When they [rehabilitees] see others around them leading a normal life, they also want it. But some still find it hard to adjust, and need financial help,” said government rehab officer Kayodaran.

“After being released from the rehabilitation programme, I went looking for work but was always promised wages obviously lower than what others [non ex-combatants] were receiving,” said Sivakumar.

Government data indicated that 16 percent (1,340 out of 8,224) of the rehabilitation beneficiaries that have been recorded are unemployed. The national unemployment rate is 4.1 percent, but in the two of the five northern districts where the figures are available, it is 8.1 percent in Mannar and 9.3 percent in Kilinochchi.

Sevarathnam Mountbatten, a former member of the LTTE rebel group, says there is still social stigma attached to ex-combatants in the aftermath of Sri Lanka's civil war. 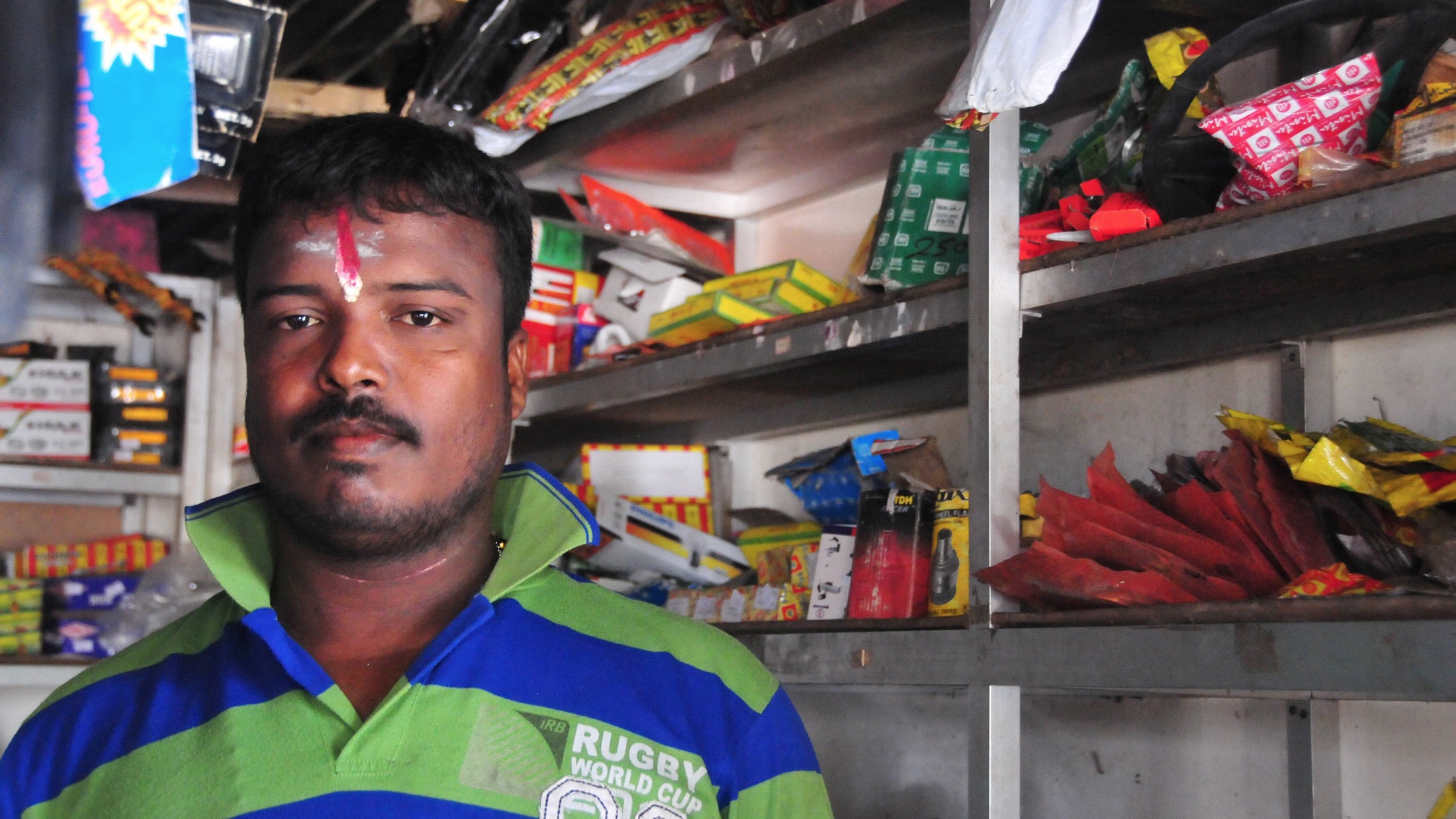 Sevarathnam Mountbatten, a 33-year-old widower raising his seven-year-old son, served over a decade with the LTTE and spent more than two and half years in rehabilitation. He now operates a small automobile parts shop in Kilinochchi town and makes between Rs 30,000 to Rs 40,000 ($230-300) a month.

“My main aim now is to take care of my son and my new wife-to-be,” a smiling Mountbatten said, standing next to his newly-purchased motorcycle.

He admitted that there were still lingering issues that prevented rehabilitees like him from reintegrating fully with the community.

“My biggest worry right now is winning over my fiancée’s family. They… still have worries because of my past,” he explained, adding that some of his former-combatant friends struggled to find work because employers did not trust them due to their history in the war.

Government officials admit there are lingering concerns related to untreated trauma from years of war.

“We cannot run away from the fact that many people are still concerned, may be nervous about their past, that makes interaction [a] bit awkward. Some don’t want any kind of interaction with ex-combatants,” explained an official who asked not to be named.