When a team from Oxford University's Humanitarian Innovation Project set out to explore what work refugees and asylum seekers in Uganda had managed to find, they were struck by the breadth and scale of businesses they were engaged in - from being café owners to vegetable sellers, to farmers growing maize on a commercial scale, millers, restaurateurs, transporters and traders in fabrics and jewellery.

With the number of the world's displaced having now passed the 50 million mark and rising, debates are intensifying over how this many people can be supported. Alexander Betts and his team wanted to see whether it was realistic, and politically acceptable, to encourage refugees to be more self-sufficient.

Uganda has a relatively liberal policy towards its 387,000 refugees and asylum-seekers, most of whom have fled conflict in the Democratic Republic of Congo (DRC) and South Sudan. Uganda does not have refugee camps as such, but most live in designated refugee settlements where there are allocated plots of land to farm. They can, however, get permission to live outside these settlements if they think they can support themselves, and Kampala in particular has a sizeable refugee population.

Betts told IRIN: “Uganda is a relatively positive case in that it allows the right to work and a significant degree of freedom of movement. That isn't to say that it's perfect, but it's definitely towards the positive end of the spectrum. The reason we chose it is that it shows what's possible when refugees are given basic economic freedoms.”

His team spoke to more than 1,500 households in Kampala and in two rural settlements - Nakivale in the south, and Kyangwali on the DRC border. The families were registered with the UN Refugee Agency (UNHCR) as refugees, but that did not mean that they all received humanitarian assistance. In Kampala 78 percent of refugee households receive no assistance at all from UNHCR or any other agency. Even in the refugee settlements, 17 percent of households receive no assistance, and even where families do get help they are unlikely to be fully dependent on aid, since UNHCR gives food rations for a maximum of five years, unless the refugees are designated as vulnerable.

So what do they do instead? They farm, certainly, in and around the rural settlements. Around half the Congolese, Rwandan and South Sudanese refugees the researchers talked to there had plots of their own, and others worked as farm labourers. Only the Somalis showed little or no interest in farming.

Ugandan crop buyers come regularly to the settlements, and take truckloads of produce from Kyangwali to the market town of Hoima. The researchers spoke to a trader in Hoima who said he bought around 500 tons of maize and beans from the refugee farmers last year, some 60 percent of his stock. He sold the maize on to other parts of Uganda, but also further afield, to Tanzania and South Sudan.

Now the farmers in Kyangwali are trying to cut out the middlemen and take their crops directly to market, through a cooperative with more than 500 members, including some Ugandan farmers from local villages. Kyangwali Progressive Farmers is registered as a limited company, and has started getting contracts to supply produce directly to manufacturers. 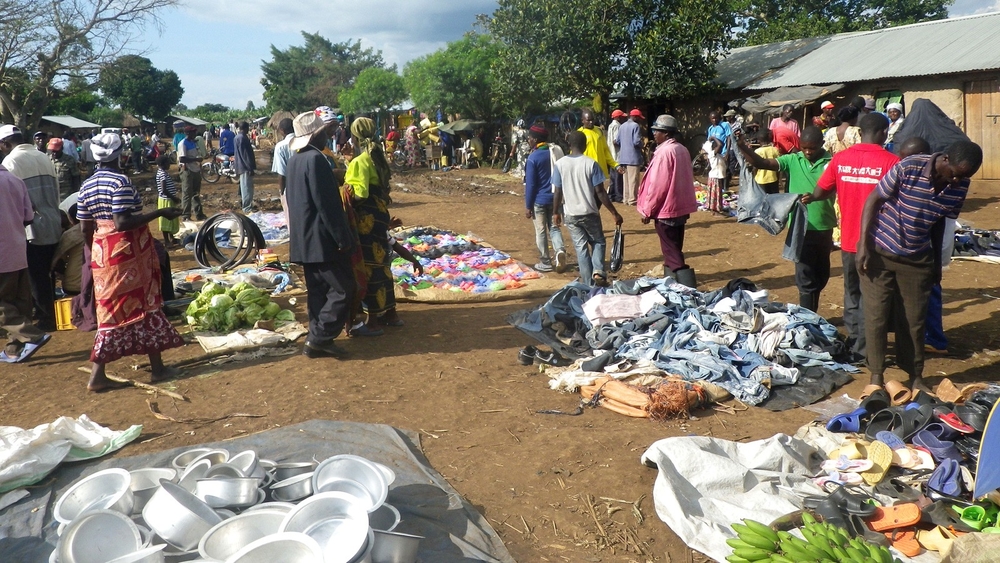 The research uncovered another substantial trading network with refugees at its centre - in this case Congolese refugees who were doing business in jewellery and printed cloth, known as bitenge. They buy from Ugandan wholesalers in Kampala, and sell, not just in the refugee settlements but also to Ugandan customers in nearby towns. Some also engage in cross-border trade, taking their wares into Kenya and South Sudan.

The picture which emerges is of a very “connected” economy, with refugees using their networks of contacts among fellow refugees and in their countries of origin to do business. But they also trade with their Ugandan neighbours, work in Ugandan enterprises and - when they prosper - create employment both for their countrymen and members of the host community.

A lesson for other countries?

The picture is a generally positive one, but not every country chooses to allow its refugees such economic freedom. Governments worry that if they are making a good living where they are, they will never go home, although Betts points out that when the time does come to leave, it is a lot easier to repatriate someone who has been busy and active and developed their skills, than someone who has spent years surviving on food rations in a refugee camp.

Successful refugees can also generate resentment in local populations. Uganda has remained generally tolerant, unlike neighbouring Kenya, where there has been a backlash against Somali refugees following a series of Al Shabab attacks. Uganda has also suffered terrorist attacks, but says Betts, “for some reason, unlike Kenya, they haven't been connected to refugees in the same way, perhaps because in Kenya politicians have started to use the refugee issue for political gain.”

So the situation in Uganda does very much depend on its local context. Even so, Betts and his team are convinced that their study has implications for refugee policy elsewhere, particularly for the new crisis in the Middle East. “The traditional response is to create camps,” he told IRIN, “but we can't afford to do this in places like Lebanon. The cost - the human cost in terms of the waste of potential, and the possibility of developing resentment and frustration - is just too high.

“We have to realize what refugees can contribute, and not just warehouse them in camps. We should start by recognizing that long-term encampment is not an option, and that when they are allowed, human beings can do a lot for themselves.”