The African Union (AU) is rethinking how it can most effectively deploy military forces to tackle the continent’s crises.

The African Capacity for Immediate Response to Crises (ACIRC) was first floated in the AU in 2013 as a stop-gap measure to counter the continued delays of an African Standby Force (ASF), which includes a quick reaction force, the Rapid Deployment Capability (RDC).

The recent spike in African conflicts, with former colonial powers stepping in to try preventing crimes from escalating into mass atrocities, has given the ACIRC concept renewed impetus.

In 2013 the AU’s Peace and Security Council convened “its greatest number of meetings… since it became operational in 2004”, but other than African armies participating in support of other military actors it had no capacity to respond to rapidly evolving conflicts and humanitarian crises.

“The French, in a period of less than one year, came to the ‘rescue’ of two countries [Mali and Central African Republic (CAR)] in need of military support [and] showed the failure of African countries to respond decisively and be in charge of the process,” said Solomon Dersso, a senior researcher in Addis Ababa, Ethiopia, for the Institute for Security Studies (ISS), a think-tank based in Pretoria, South Africa.

"AU member states failed to muster the required responses, and whatever responses they marshalled in the end were too late, too little"

“AU member states failed to muster the required responses, and whatever responses they marshalled in the end were too late, too little,” he told IRIN.

African states bailed out by former colonial powers are a “humiliation” for the AU, analysts say, and make a mockery of “African solutions for African problems”. The continental body’s January 2014 summit in Addis Ababa was called the Year of Agriculture and Food Security, but security concerns dominated the agenda.

A “comprehensive report” on the progress of the ASF and the ACIRC is due in June/July 2014.

ASF was expected to be operational in 2008, but the latest deadline is 2015. It is expected to have 25,000 troops drawn from Africa’s five regional economic blocs, as well as thousands of personnel in non-military support roles, such as policing and humanitarian affairs. However, while ASF enjoys consensus among AU members, the proposed ACIRC is creating fault lines among its 54 member states.

South Africa and Algeria are the ACIRC’s most powerful proponents, and are joined by Angola, Chad, Liberia, Niger, Senegal, Sudan, Tanzania and Uganda. But Nigeria - emerging as Africa’s largest economy - has cooled towards the ACIRC.

"We [Africa] are too quick to reinvent the wheel. Let us rather develop the [ASF] concept to its logical conclusion before we start with a new concept"

Dersso said Nigeria’s absence as an “active supporter of ACIRC” was a “major gap… with all its experience in undertaking and leading operations [in the Economic Community of West African States] for a long time, and as one of the power houses of Africa”.

Johan Potgieter, a senior ISS conflict researcher, told IRIN he favoured Nigeria’s decision to distance itself from the ACIRC. “We [Africa] are too quick to reinvent the wheel. Let us rather develop the [ASF] concept to its logical conclusion before we start with a new concept. The development of the ASF… [has come] a long way, and many arguments for and against the current concept were exhaustively examined. Let us finish the job first, before we start a new one.”

The ACIRC concept, tabled by South Africa at the AU, strongly resembles the Force Intervention Brigade (FIB), deployed in the Democratic Republic of the Congo (DRC) to “neutralize” armed groups as part of a UN mandate to restore stability in the country’s resource-rich east. South Africa contributed its best troops and an array of military hardware, including its Rooivalk attack helicopter, state of the art communications and aerial surveillance, and operated in concert with Malawian and Tanzanian troops.

Unlike the RDC of the ASF, the ACIRC has no scope for civilian roles in its force design, such as forensic detectives and child experts, which “are critical when there is evidence of genocide or gross violations of human rights,” Potgieter said.

Although analysts viewed the FIB as a prototype for the ACIRC, operations against the M23 were conducted in an area with an established peacekeeping force infrastructure, including vital civilian components. The role of any African quick reaction force is to rapidly deploy and provide a 90-day window for the arrival of forces under the banner of the UN. The FIB deployment in the DRC was a reversal of this scenario.

ACIRC is seen as a resource with highly trained specialist units of 1,500 troops drawn from a pool of 5,000 soldiers, requiring airborne troops and air-delivered logistics to fulfil its mandate.

The African Standby Force’s false dawns have seen frustration and cynicism creep in, but Lesley Anne Warner, Africa analyst at the US-based CNA Center for Strategic Studies, told IRIN that “the slow rate of progress towards… [setting] up the ASF… [shows] the true complexity of establishing such a force.”

Even with an operational ASF, recent conflicts have illustrated that military preparedness is not the only drag factor “when there has been a demand signal for intervention”, she said.

Deploying FIB to the DRC took months. The protocols and considerations of AU states “negotiating amongst themselves to determine which member states are capable and unbiased enough to be troop contributors, what the scope of the mandate should be, and whether the AU and UN will approve it, and which member states or international donors can pay for the intervention force. In some cases, like in Mali, such deliberations take so long that they are overtaken by events on the ground that necessitate Western intervention,” Warner said.

Analysts have argued that even with a fully operational ASF at hand, multiple threats might overwhelm its capacity to intervene, despite the narrative of the African Renaissance and impressive economic growth. “Ten countries in Africa will continue to remain fragile in the mid-21st century,” Jakkie Cilliers and Timothy Disk forecast in Prospects for Africa’s 26 Fragile Countries, an African Futures Paper.

“There are concerns that the establishment of ACIRC may compete with and divert attention away from the ASF,” Dersso noted. “This is a bit of an exaggerated or misplaced concern. Currently, African countries deploy troops in various situations - the recent, most related experience is the intervention brigade in DRC - and to the extent that such deployments do not undermine or compete with ASF, the same logic seems to apply here as well.”

In the absence of an ASF and fast reaction units, the troop contributions of African countries to peacekeeping and peace enforcement duties have escalated in recent years.

“In the last decade, 10 AU and Regional Missions were deployed. During this period we saw a steady increase in contributing to UN peacekeeping, from about 10,000 in 2003 to 35,000 in 2013. This implies that more than 75,000 African peacekeepers participated in UN and African peace operations during 2013. The… planned ASF of about 25,000 troops… has therefore already been achieved,” Annette Leijenaar, head of the conflict and peacebuilding divisions at ISS, and Helmoed Heitman, an independent military analyst, said in a January 2014 policy brief:Africa can solve its own problems with proper planning and full implementation of the African Standby Force. 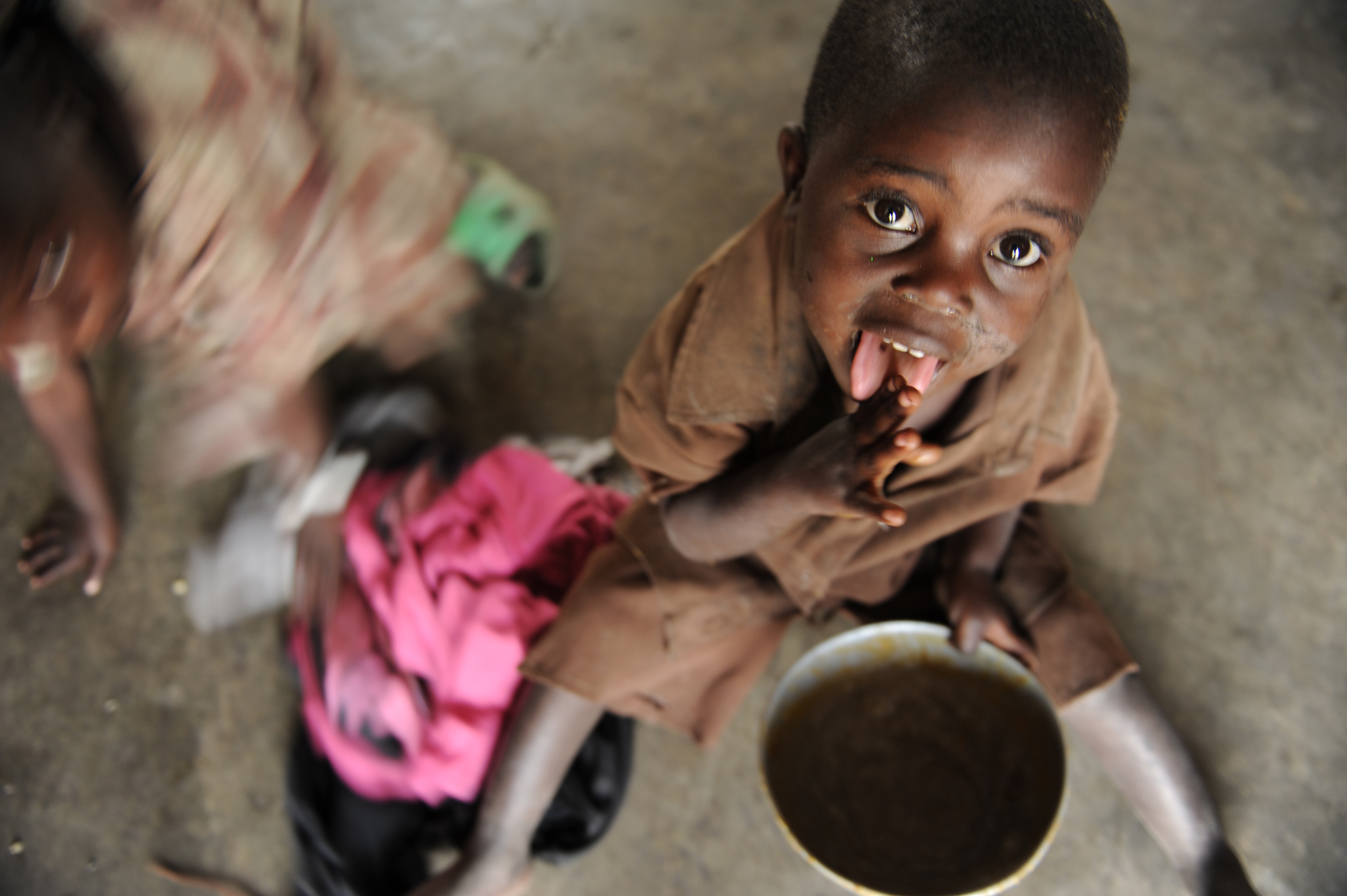 However, with greater coordination and cooperation by AU states, “Africa might not need to rely on US and European [militaries] for the airlifting of troops, since the aircraft in African air forces are already capable of transporting everything but heavy vehicles,” the authors point out.

But regional powers need to “pull their weight… Some argue that South Africa is doing far less than it should, given the strength of its economy. Angola does very little in terms of peacekeeping - except for a small deployment to Guinea-Bissau, despite a large army and reasonable airlift capacity - and Egypt, with its enormous transport fleet, could offer to airlift troops to conflict zones,” the policy brief said.

The injudicious use of military force, and the inherent dangers of “meddling” and “bilateral military” interventions in the absence of intervention forces - and wise counsel - can provoke more, rather than less conflict.

Africa analyst Warner said “bilateral” interventions were not necessarily “negative”, as long as “the intervening force is perceived by both parties to conflict as a neutral stakeholder rather than… partisan.”

“The problem has been when countries like South Africa, Chad, and Uganda have intervened in CAR and South Sudan in a definitively partisan role. What’s worse is that, unlike South Africa and Uganda, Chad is supposed to be acting on behalf of MISCA [International Support Mission to CAR], which has AU and UN mandates. However, no member of the international community appears willing to take on allegations of Chadian support for former Seleka fighters,” Warner said.

South Africa’s disastrous deployment to the CAR at the request of former president François Bozizé, resulting in the deaths of 14 South African soldiers by Seleka militias - the country’s highest number of military deaths in a single episode since the end of apartheid in 1994 - angered both Seleka and regional powers, but the catalyst for CAR’s descent into humanitarian catastrophe was the regionalization of peace and security.

"In CAR, we saw the countries of the region playing kingmaker on a scale and form unprecedented in recent history"

According to a 2013-2014 ISS review of the African Union Peace and Security Council (PSC), “the Economic Community of Central African States countries” defied the AU by “for example, refus[ing] to comply with the decisions of the PSC to isolate the Seleka leaders”.

“We saw the case of regional countries exceeding their limits and interfering with [the] internal politics of failing… countries [or those] in conflict. In CAR, we saw the countries of the region playing kingmaker on a scale and form unprecedented in recent history,” Dersso said.

Leijenaar and Heitman said in their policy brief: “For the ASF to succeed, it is also crucial that internal differences and lack of coordination within the AU be addressed. The debate around regional brigades came to the fore with the overthrow of former president François Bozizé in the CAR… when regional forces simply stood aside.”

Ugandan parliamentary approval to deploy its defence forces to protect its nationals and assets in Juba, the capital of South Sudan, and elsewhere in the country, ended with the Uganda People’s Defence Force (UPDF) supporting President Salva Kiir against Vice President Riek Machar’s forces.

“The manner in which Uganda is securing its interests compromises concurrent efforts on the part of the Intergovernmental Authority on Development (IGAD), of which Uganda is a member, to mediate the crisis,” Warner said in a January 2014 briefing: Museveni [Uganda’s president] plays peacemaker by day and combatant by night in South Sudan.

“UPDF operations should have occurred under the auspices of IGAD and, with an AU or UN mandate, restricted to protecting civilians and strategic installations once its mission surpassed the evacuation of Ugandan nationals. Instead, Uganda’s current roles as both combatant and peace broker runs the risk of damaging what is supposed to be a legitimate and non-partisan IGAD mediation process.”

“The issue of [a] regional dimension of conflicts would surely affect decision-making processes and the politics of the deployment of ACIRC, if… [it] eventually comes into existence,” Dersso said.

“Depending on how ACIRC is organized, and its deployment is determined, there is a possibility that ACIRC may address aspects of the negative involvement of neighbouring countries.”